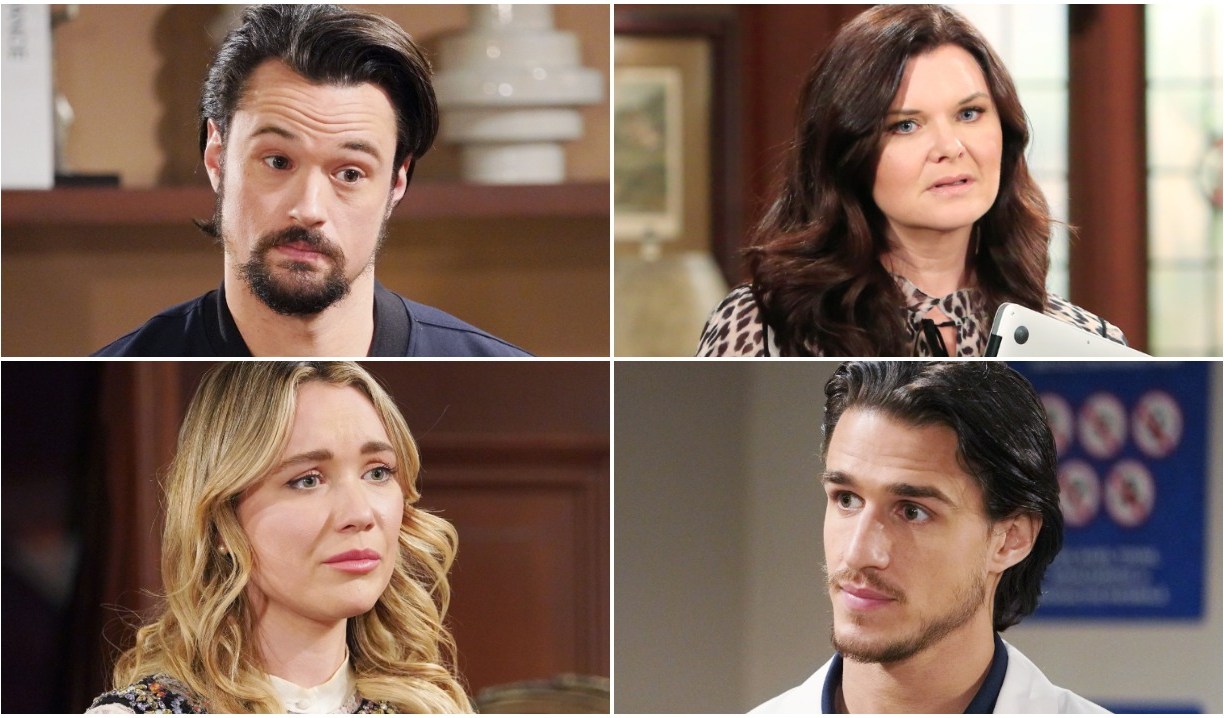 In case you somehow haven’t heard, The Bold and the Beautiful is about to kill someone off. When news of the upcoming death first leaked and the “Who’s gonna die?” guessing game began, my money was on Vinny. After all, his actions impacted several lives and certainly got some of our major players hot under the collar. But that all changed this week when a big ol’ target was painted on someone else’s back. Who was it, and why do I think it’s all a big fake-out? Read on, and we’ll discuss.

Typically, Bold & Beautiful isn’t what one would call a “subtle” show. Nearly every plot point is telegraphed days if not weeks in advance, making it fairly easy for the audience to “guess” what’s about to happen. Certainly, this week’s episodes made it appear that that was again going to be the case as Brooke railed against Thomas, angrily warning him to stay away from her daughter and trying hard to get Liam to “take action” against his rival.

More: Who will die… and how is [Spoiler] involved?

If past is prologue, it would certainly seem that Thomas’ days are numbered. And that would be a major twist that would have jaws hitting the floor. But I hear you, asking the same question I’ve been asking myself: “Would the show really kill off a legacy character?”

To which the disembodied head of Darla Einstein Forrester replies, “You mean the way they did my daughter, Aly?” 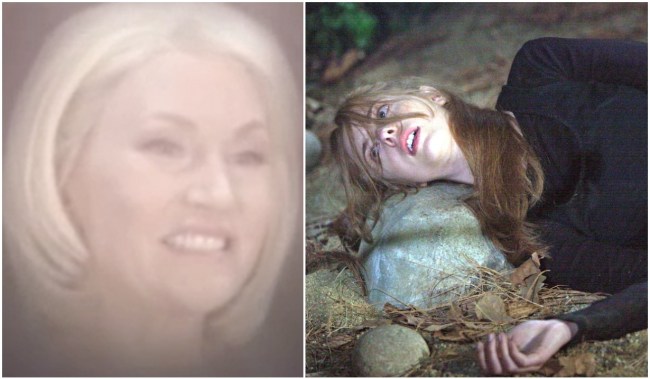 So yeah, it’s definitely possible that they could be killing off Thomas… but I just don’t see it.

For one thing, the fans who’ve long contended that Bold & Beautiful has worked hard to all but eliminate Taylor’s connection to Ridge would have a field day. After all, the show dispatched the shrink to parts unknown and killed off Steffy’s twin, Phoebe. Doing away with Thomas would only fuel the fire of those who have long complained — rightly or wrongly — about what they consider a hostile takeover by the Logans.

It would also be the storytelling equivalent of cutting off your nose to spite your face. After all, Thomas is one of the most interesting characters on the canvas, what with being the closest thing the show has to a villain these days.

I’m pretty convinced they’re trying to fake us into thinking Thomas is the one who’s going to die. But I guess we’ll all find out in the episode airing Monday, April 4. (Which, by the way, I’ll be live-blogging right here on the site, so whether you’re stuck at work unable to watch or just want to join in the fun, swing by at 1:30 ET… and bring some popcorn!)

Speaking of Thomas, he certainly proved to be his mother’s son this week. While throwing a little shade at his stepmonster, Thomas said to pop Ridge that over the years, Brooke “would always come around, and she would circle back to you and wedge herself between you and your own family.”

More: Win the soap book that’s got everyone buzzing

While that is, to a certain degree, true, I’d like to introduce Thomas to the notion that it takes two to tango. Brooke didn’t force Ridge to cheat on Taylor or put the family he had with the blonde over the one he shared with the brunette. Yet for years, Ridge has been painted as the poor, easily-led-astray guy by everyone from the late Stephanie to Taylor and her offspring. 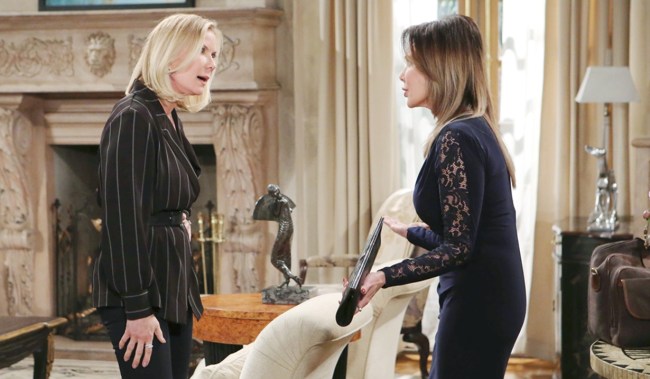 Then again, based on the way these folks use their extended family trees as a dating pool, maybe there aren’t.

• I was glad to see the soap play the tensions between Hope and Flo at the workplace. But frankly, I need to see Hope lay into Brooke, Katie and Donna for not even consulting her before making Flo an official Logan and ensconcing her at Forrester Creations. How incredibly insulting was it for them to reduce Hope to an afterthought in the process? Meanwhile, was I the only one who laughed when Paris suggested that surely Hope had plenty of friends she could talk to. Quick… name one! Relatives don’t count. Come to think of it, the only person on this show who has friends outside of their family is Thomas, and I’m pretty sure he’s going to unfriend Vinny after the whole paternity-test thing. 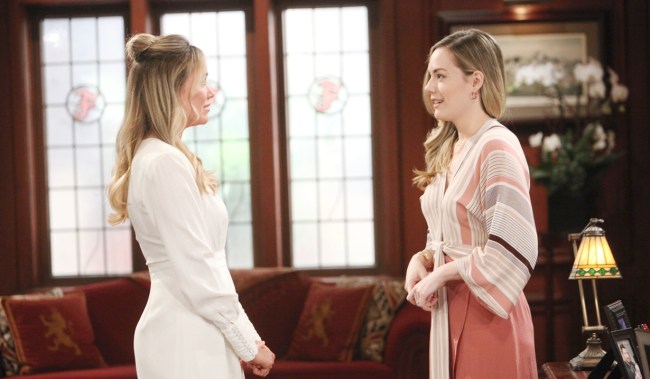 • How big a waffler is Liam? So big that he couldn’t even decide how to sign the card attached to the flowers he was sending Hope. “Let’s go with… ‘Thinking of you… ’ Actually, no, ‘Here for you whenever you’re ready.’ Perfect. You know what? Actually, I’m sorry. I’m so sorry. Just ‘Love, Liam.'”

• Wouldn’t Quinn — who nearly lost her husband after meddling in his son’s love life — think twice about teaming up with Zoe against Eric’s grandson? We’ve missed Quinn terribly and will happily watch portrayer Rena Sofer read the phone book, but both the character and actress deserve better than this.

Well, that’s my take on this week’s episodes. As we gear up for what promises to be the most exciting week of Bold & Beautiful episodes since Thomas started chatting with a mannequin, swing by the comment section to speculate wildly about who you think is going to die (and who might be responsible). Then lighten the mood a bit by checking out our adorable photo gallery of soap stars with their kids. Trust me, this’ll put a big smile on your face! 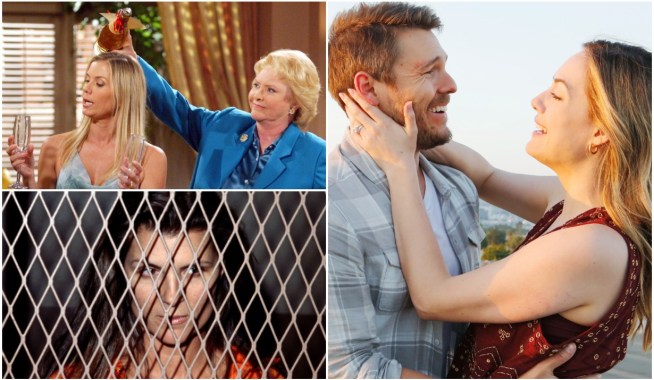 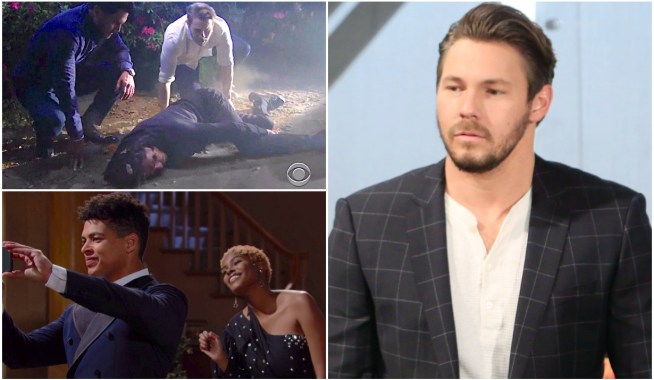