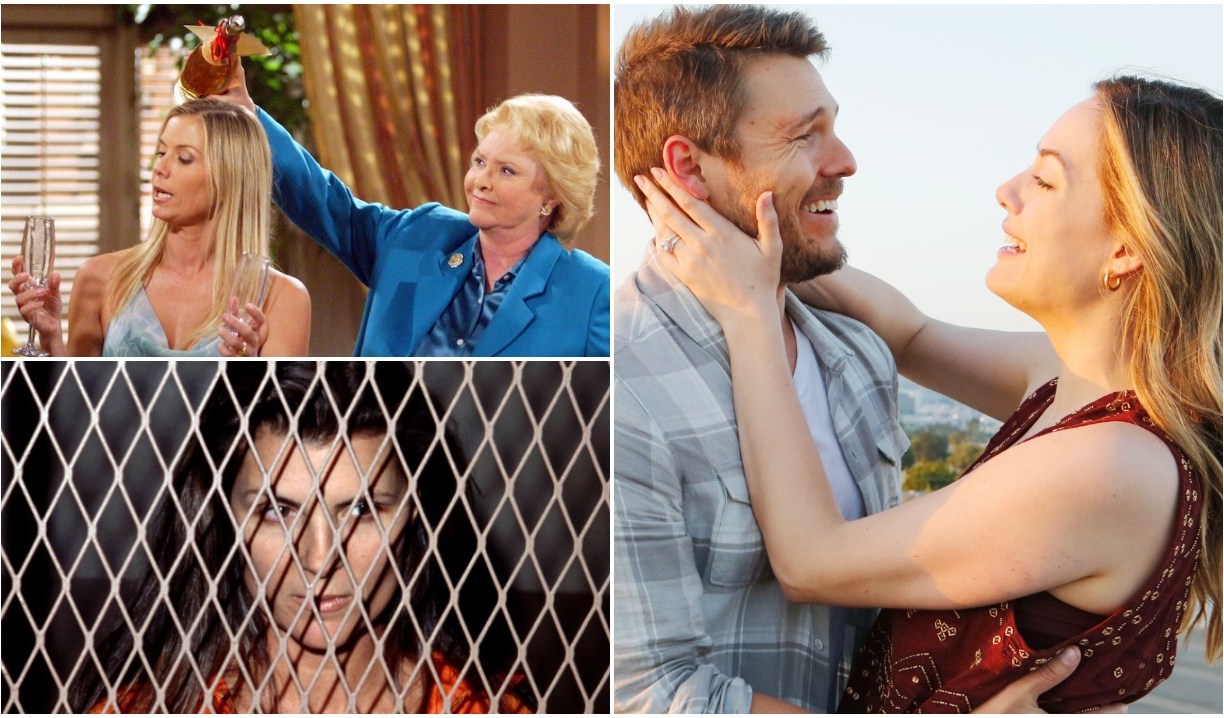 While there was no real on-air celebration, this week marked Bold & Beautiful‘s 34th anniversary. I don’t know about you, but events like that tend to make me reflective. In this case, it got me thinking about what’s working — and what’s not — where the show is concerned right now. That led me to come up with a few things it desperately needs, including… well, why spoil it when you can just read on?

Brooke Needs to Do Stephanie Proud

It took her a couple of days to get there, but Hope finally got around to asking Liam for a separation. Actually, she didn’t so much ask for one as demand it, and I’ll admit, I was proud of her. Prouder, I’m going to guess, than mom Brooke, who has remained that union’s biggest cheerleader despite everything Liam’s put her daughter through. That got me thinking about Brooke and why the character’s not working for me at the moment.

Over the past few years, much has been made about the passing of the baton where the title of Forrester matriarch is concerned. To many, Brooke has filled the void (as best she can) since Stephanie’s death. But man, I kinda want to see Brooke truly embody the traits Stephanie did, including her occasionally terrifying approach to mothering her children in general and Ridge in particular. 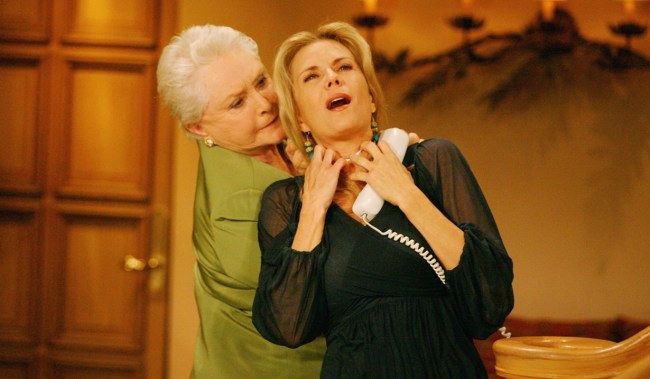 Stephanie knew that sometimes, you just need to choke, slap or beat some sense into a person!

Unlike Brooke, who seems determined to keep her daughter in a marriage that is clearly toxic, Stephanie would be slapping faces and taking names. She’d put both Liam and Steffy on blast… which is exactly what Brooke should be doing now.

I get that Brooke’s not exactly the person who should be giving anyone romantic advice, given her history. But ironically, that history is largely ignored, which brings me to the next thing this show desperately needs to do.

Stop Ignoring the Past

One of the best things about soaps is that fans are well-versed in the history and know when it is — and isn’t — being used properly. So when, for example, Brooke is talking about anyone’s infidelities, we’re begging for the other party to throw the scandal-ridden heroine’s past in her face.

“Hey, Brooke,” we need someone to say. “Remember when you slept with Nick literally five minutes after Ridge supposedly died? Or that time you boinked Hope’s boyfriend at her birthday party?” 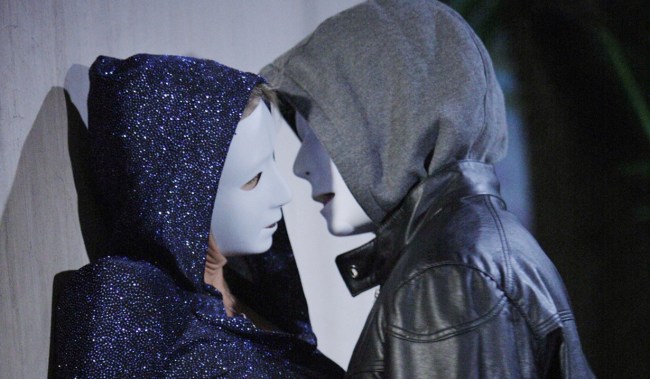 Oliver and Brooke were way ahead of the curve when it came to wearing masks.

More: Why John McCook almost turned down the part of Eric

And lest anyone think I’m on a Brooke-bashing joyride, the same applies for nearly every character on the canvas. When’s the last time anyone on this canvas mentioned that Wyatt was once married to Hope… or Steffy? And when everyone was endlessly discussing Steffy’s paternity-test results, how did not one single character mention that this exact same scenario played out a few years ago, but with Bill and Liam as the potential dads?

Thank you! Every time Brooke pushes for Hope and Liam to reconcile I keep waiting for her to remind Hope or Ridge of something she did that was forgiven. It would certainly make many of these tedious conversations a little more interesting.

Other soaps use established history to further current storylines. Abigail and Chad’s latest marital woes on Days of Our Lives are more meaningful because their dialogue refers to issues they’ve had in the past. The Young and the Restless’ Jack may never mention Keemo (don’t get me started), but we’ve heard quite a bit about how his other son Kyle’s life has been shaped, at least in part, by the marital issues between his dad and ill-fated mom Diane.

On Bold & Beautiful, unless Quinn happens to be in the room, nobody even rolls their eyes when Brooke talks about Ridge being her “destiny.” And that’s a shame. Speaking of Quinn…

This Soap Needs a Villain

How are there no bad people on this show? Yes, there are people who do bad things, but there are no actual villains. Sheila’s slumming for tips at Il Giardino, leaving my poor Vinny to play the heavy in the paternity-test swap. 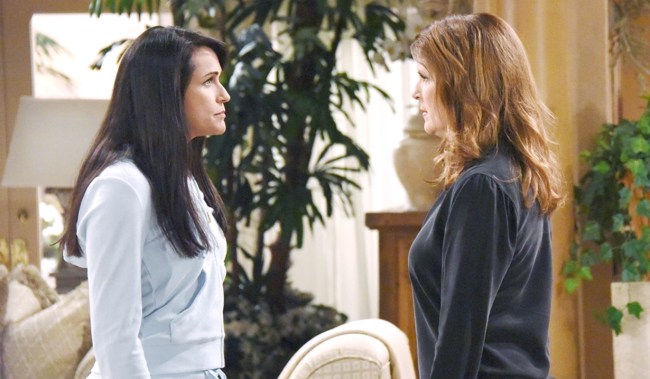 “They’re right, Sheila. What happened to us? We used to rule the school!”

More: The troublemaker we want to see back

While Bold & Beautiful has never really done the kind of longterm uber-villains that other shows have — think Days’ Stefano or General Hospital‘s Helena — it’s been ages since they’ve even had a good vixen. Despite the name viewers have for her, “Felony Flo” isn’t really a vixen so much as a character who was given a hard-to-shake-off plot point. (And now that she’s officially a Logan, the odds of her going dark are slim to none.) The same went for Sally, whose attempts to steal Wyatt were so ridiculously over-the-top that she was exiled to Genoa City.

Zoe is manipulative and immature, but she’s not really a full-fledged bad girl… at least not yet. After months and months of dealing with the Hope/Liam/Steffy/Finn quadrangle, viewers deserve a treat, and I think it should come in the form of someone who isn’t just misunderstood or badly written but truly wicked. (Perhaps C.J. Garrison, back with a literal vengeance and intent on tearing down the fashionistas that always put down his mother?)

Now it’s your turn to weigh in, whether on the week’s plot developments or what you’d like to see from the show moving forward. Weigh in and then, in keeping with my thoughts on how this show needs a Big Bad to shake things up, check out this photo gallery in which we rank the all-time best daytime villains. See if you agree with who wound up where on our chart! 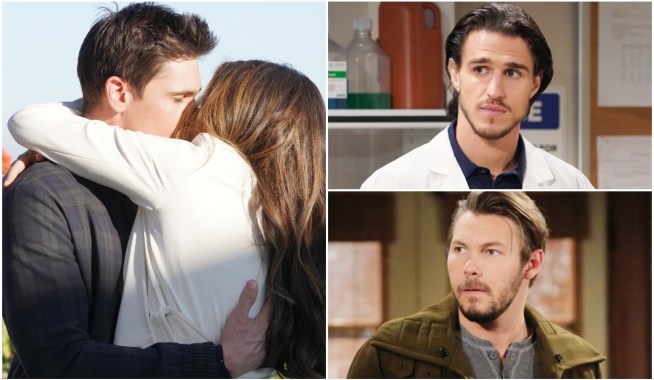 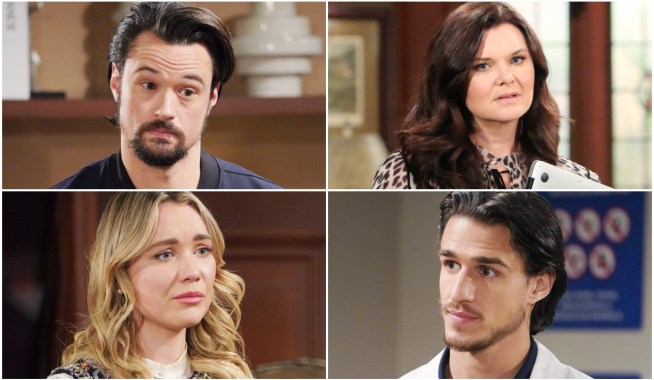