The Babydaddy Twist That Will *Definitely* Spice Up The Bold and the Beautiful — Plus, How Carter Got His Groove Back 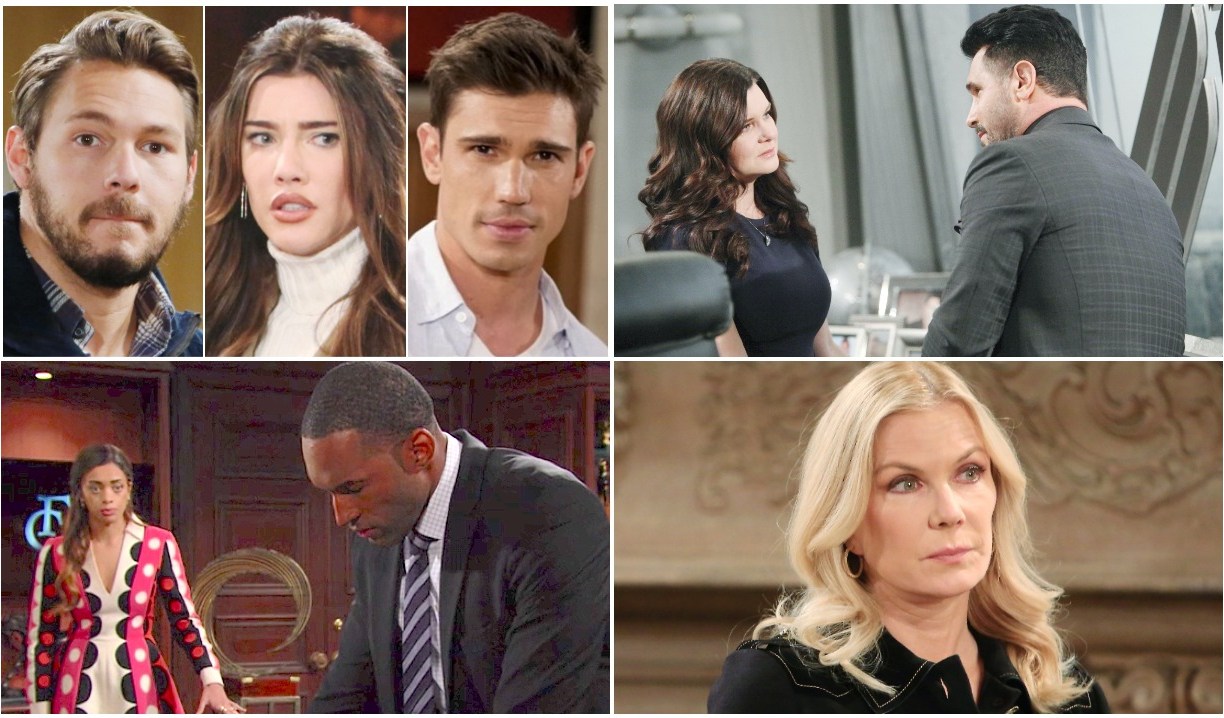 The Bold & Beautiful canvas was split in two this week. On one side, we slowly plodded toward the results of the paternity test, dropping along the way some pretty major hints as to how things will likely play out. On the other, things were moving so quickly that in the span of a couple of days, Zoe went from hitting on Zende to being busted by Ridge and put on blast by Carter.

Life In the Fast Lane

For a while now, I’ve been feeling sorry for Carter… and not in the good way, where you’re like, “Man, I really feel for him. He’s being played.” More like the way you feel about that friend — and we all have one — who routinely makes you want to smack them upside the head for being so ridiculously dumb. It’s bad enough that Carter has become the guy who could turn absolutely any conversation into one about his wedding.

RIDGE: What do you want for lunch?

CARTER: Hmmm… chicken or fish. Which reminds me, which are you going to have at our wedding reception? 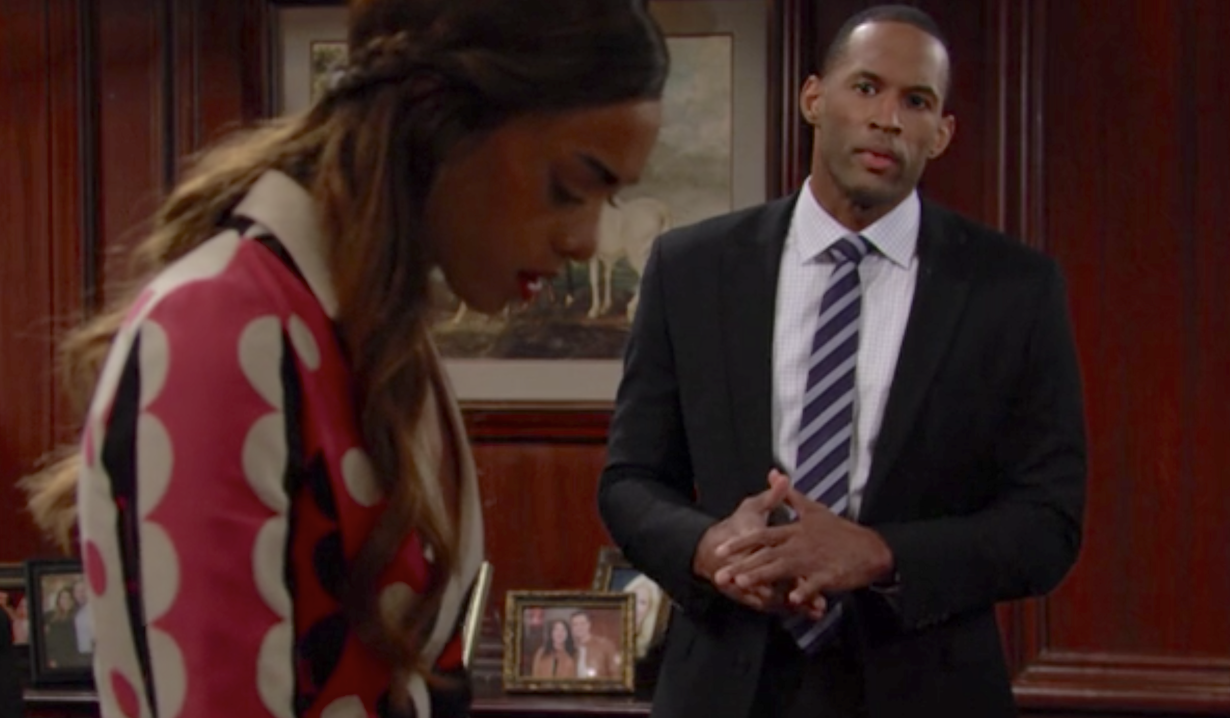 Worse, he was blind to what was going on directly in front of him until Ridge at long last forced him to hear the truth. But when Carter finally lashed out at Zoe, it was well worth the wait. Lawrence St. Victor generally has the thankless job of playing the COO as an affable goldfish swimming in shark-infested waters. But these scenes let the actor show not only his chops but that his alter ego can, when pushed, morph into a piranha.

As for Zoe, we’ve known exactly who she is for a while… although Carter summed it up best when he said that if she couldn’t marry into the family for whom they both work, she’d settle for “Forrester adjacent.”

More: OK, so B&B is saying we can hate Zoe

And the Babydaddy Is…

Ever since it became obvious that Steffy was heading for a “Who’s the daddy?” story — meaning the second she slept with Liam — I’ve assumed that the inevitable paternity test would prove him to be the dad. After all, there’s simply no drama in having Finn win the baby sweepstakes. 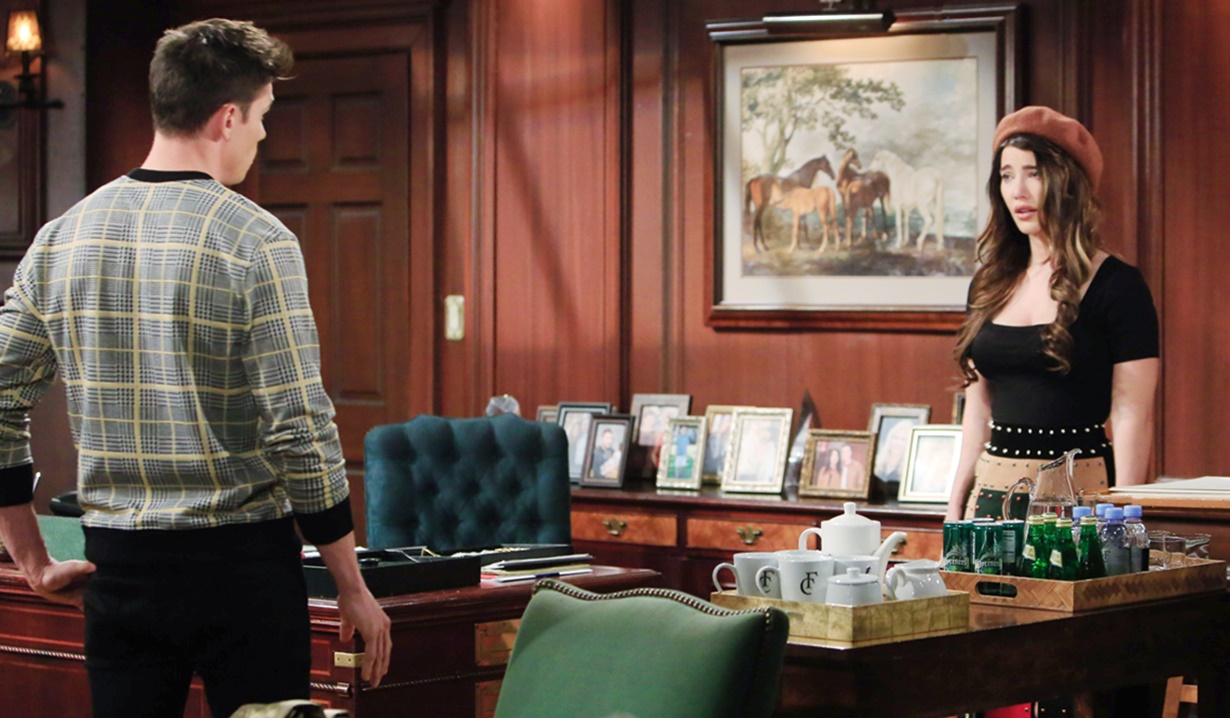 But thanks to the subtle-as-a-five-dollar-hooker’s-outfit dialogue this week, I’ve come to realize the writers plan to have their cake and eat it, too. How? By having the paternity-test reveal Finn as the dad even as we’re clued in to the fact that someone switched the results.

This could actually prove to be a fun little story… sort of a whodunit of a different kind, with a whole list of suspects. Proving that great minds think alike, our resident Bold & Beautiful expert Candace not only came to the same conclusion but offered up a who’s who of potential switchers… including a few I never thought of!

• Why is Zoe being treated worse for having unsuccessfully tried to hook up with Zende than Liam is for having successfully slept with and possibly impregnated his ex-wife? Yes, Liam seems more regretful of his actions, but he’s also made this exact same mistake repeatedly. And unlike Liam, at least Zoe was trying to figure things out before she actually walked down the aisle. 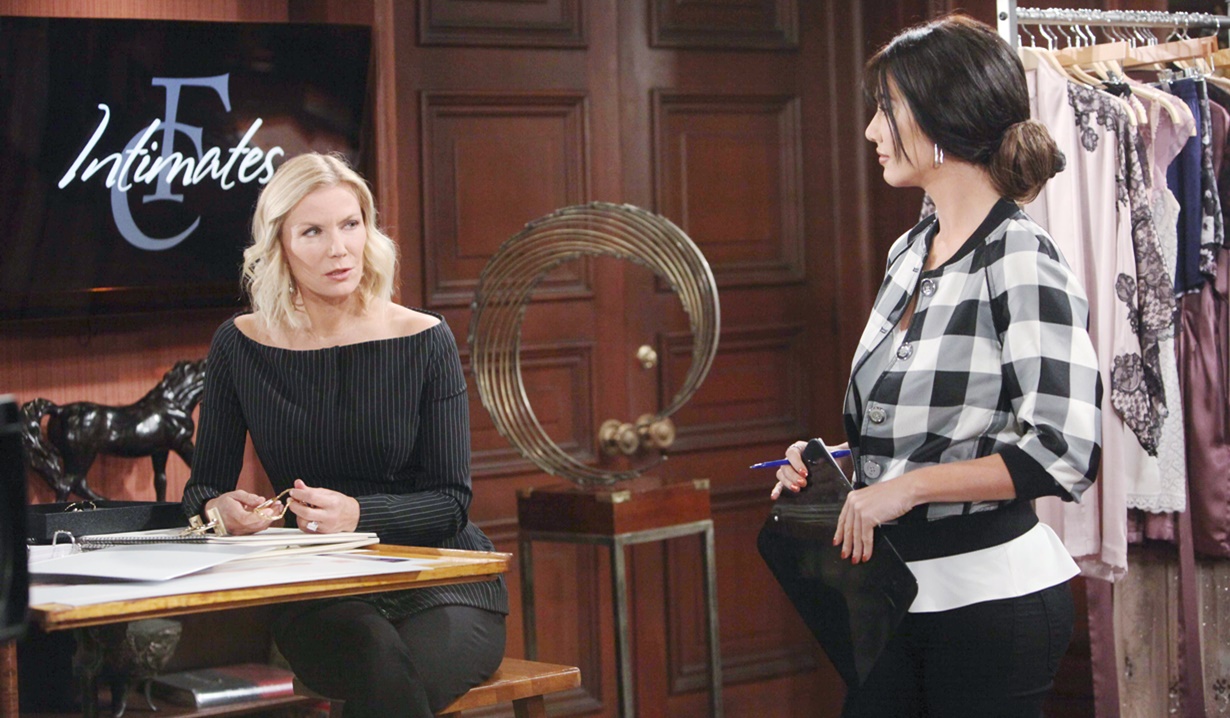 • Is there some rule that Brooke’s past sins can’t actually be spoken of? When she took Ridge’s daughter to task for having slept with Liam, there was a fascinating moment when Steffy started to say she wasn’t about to be judged by a woman who… only to stop herself before saying what we were all thinking (had her daughter’s husband’s baby, for starters). Brooke threw up her hands and said, “Don’t even,” as if somehow the subject was off limits. What could have been a fun, history-laden exchange instead got shorthanded into “Whatever.”

More: Watch Jacqueline MacInnes Wood *own* the ‘Buss It’ challenge

• What was the point of trotting out Bill and Katie last week only to have them not put in a single appearance this week? That’s not how you get viewers re-invested in their story.

• The big “crossover event” with Young & Restless had zero impact on Bold & Beautiful‘s canvas. Where are the scenes in which Wyatt realizes what Flo has done and lashes out at her for spilling tea that wasn’t hers to pour? Other than introducing the new running joke about Wyatt dressing like a grape, Kyle and Summer’s visit was a waste of time for Bold & Beautiful fans. Perhaps the point was to remind them that Sally is now on the sister soap. But if they were fans of that character, wouldn’t they have known already?

• Sometimes, soaps wild up telling oddly parallel stories, which has definitely been the case where Bold & Beautiful‘s Liam and Days of Our Lives’ Chad are concerned, what with both having made ridiculously bad assumptions about their wives and then sleeping with someone inappropriate. That got us thinking about the special crossover episode we’d love to see.

Now it’s your turn. Who do you think will wind up being named the father of Steffy’s baby… and do you think that will actually settle the issue? Should Carter forgive Zoe? Was that last question totally rhetorical, because of course he shouldn’t? Sound off in the comment section, then visit our new “family album,” a collection of photos of the stars and their real-life moms. 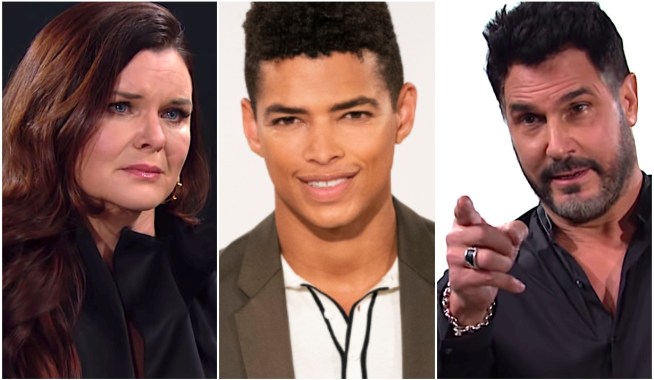 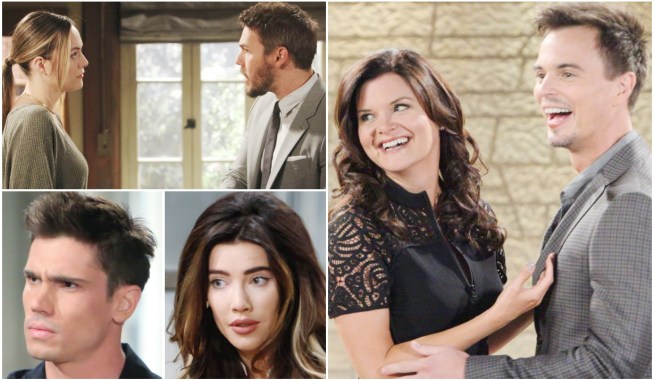