The Bold and the Beautiful’s Liam and Steffy Managed to Make Keeping a Sexy Secret Boring — Plus, Bring on Dark Finn 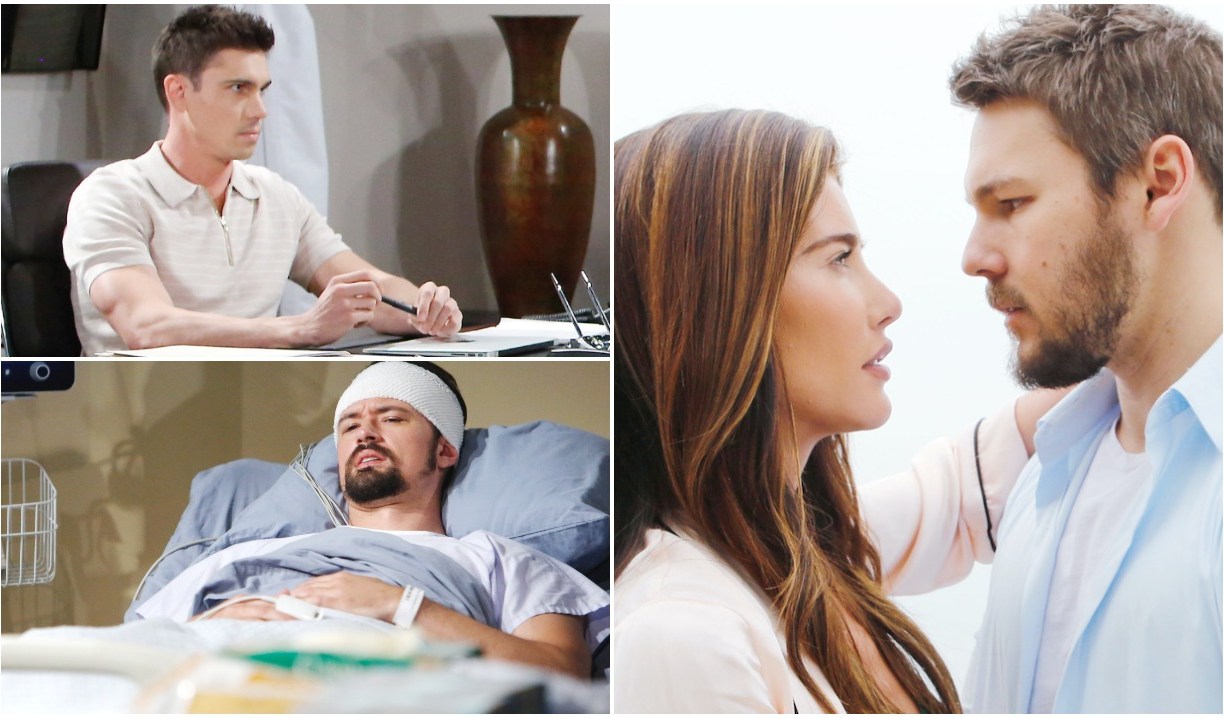 If while watching this week’s episodes of The Bold and the Beautiful you found yourself asking, “Wait, did I already see this one?” it’s understandable. After all, Steffy and Liam had the same conversation every single day without moving the plot forward one inch. The pacing was almost Passions-esque, although you know that show would have at least had the mannequin offering witty commentary from the sidelines. Instead, you’re stuck with mine as we take a look at what transpired over the past few days…

Could You Repeat That?

This week’s drinking game involved chugging every time Steffy said, “Liam, you can’t tell Hope that we slept together!” For me, the best part of this story has been Steffy’s attitude. I can’t help thinking how awesome it would be if the show actually had these two keep this secret… and it never, ever came out. 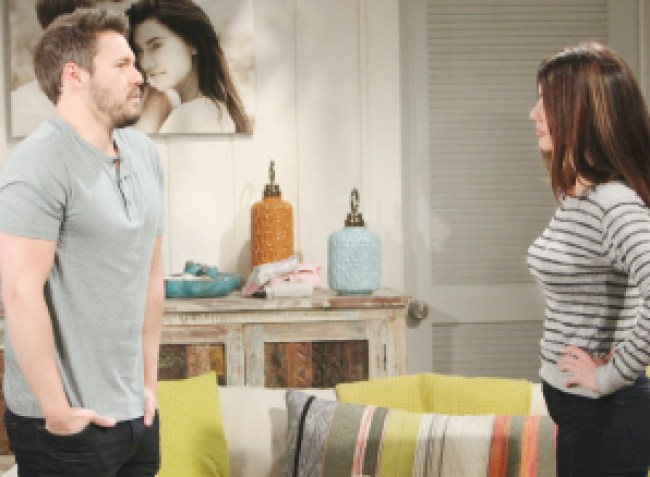 OK, that’s kinda unrealistic. How about if it didn’t come out for, say, two years. I’m not suggesting that during that time, we be subjected to lots of furtive glances and mea culpas, with Steffy and Liam endlessly reminding viewers of their tryst and how awful they both feel about it. I’m talking have them vow to move on and then do exactly that for so long that the audience starts to think, “Whoa, they really are just going to pretend that never happened.”

You know, the way people sometimes do in real life.

Of course, eventually it would come to light, but the reveal would happen so far down the road that newer viewers would have to ask longtime fans to fill them in on what really went down.

Meanwhile, I’m usually a big fan of sexy secrets on soaps. At the moment, I’m currently digging Kate and Jake’s undercover (pun intended) trysts over on Days of Our Lives. Unfortunately, that’s definitely not the case here. Perhaps it’s because this couple’s latest hookup was a colossal mistake that never should have happened, but I tend to think it has more to do with the wildly repetitive nature of the dialogue ever since the morning after.

It occurred to me this week that the picture Steffy has hanging on her wall — you know, the one that’s a constant reminder of her past with Liam? — is her version of grandpa Eric’s above-the-mantel portrait of his wife du jour. As regular readers know, one of my big goals in life is to have both a mantel and a portrait, so I finally get her reluctance to dispose of the artwork. 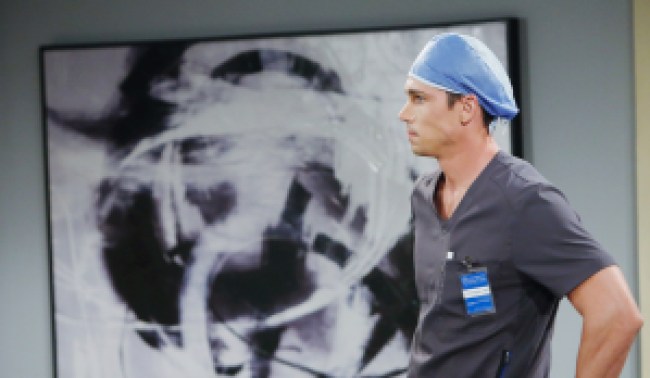 “I mean, what’s wrong with this perfectly lovely piece of art, Steffy?”

But imagine if Finn, upon finding out about Steffy and Liam not only having sex but agreeing to keep it secret, went into a rage, ripped that picture off the wall and destroyed it. Not only would it be a cathartic moment for fans, it would also give us a glimpse into a darker side of Finn that I’ve long suspected lurks just beneath the surface. Or maybe I’m just hoping it does, because so far, the guy’s proven to have almost no personality.

Cute? You bet. Attentive to Steffy? Yup. A tiny bit judgmental where Liam and Thomas are concerned? Come sit by me. But Dr. Sexyscrubs has been around long enough that I feel as if we should know more than his nickname and that he digs going to the zoo. Every new character has a past, and it’s time we got to hear about — or better yet, meet someone from — his.

We’ve been told for a couple days now that Thomas’ brain injury was responsible for his delusions and odd choice of make-out partners, but you know what can’t be laid at its feet? His obsession with Hope. He had it before bumping his head, and he sure as heck had it when he woke up after having had surgery. 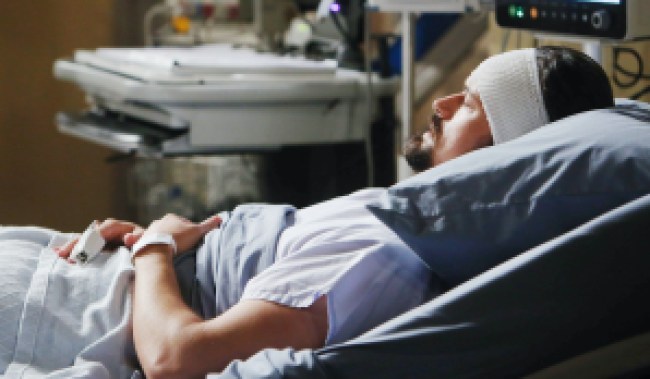 Thanks to the miracles of modern medicine, not a hair on Thomas head had to be sacrificed.

Ridge seemed more distressed by the fact that his son made out with a mannequin — which, granted, is kinda worth being weirded out by — than the fact that Thomas still has a one-track mind, and the only thing on it is the Hope Express. You’d think that Ridge, having been down this road a time or two with Thomas, would see the warning signs and realize there’s trouble ahead.

More: Cancelled soap getting a reboot

Meanwhile, Hope is in full-blown Snow White mode, spending more time with Thomas than members of his family and all but encouraging him to continue obsessing over her. The guy admitted he loves her and always will and, rather than run for the hills, she smiled sweetly and said they’d figure things out.

Despite everything Thomas has done to Hope, the two have formed a Mutual Admiration Society, meetings for which are held in his hospital room. They are not, however, the only members. Because over at Forrester Creations, Zoe — you know, the woman Thomas used and then left at the altar when he thought Hope was willing to become his bride — literally said, “There’s never a dull moment when he’s around.” 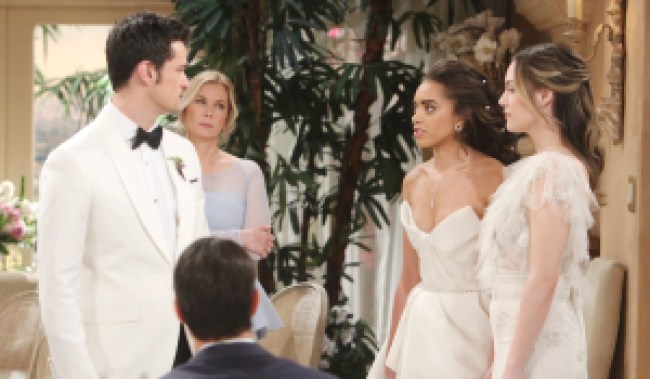 Thomas and Zoe, having a grand ol’ time.

Cue the footage of Thomas blowing up Rick’s car and pushing him out a window, drugging Liam, forcing Emma off the road…

We’ve talked about this before as Thomas has careened merrily around the canvas, leaving chaos and destruction in his wake, but this boy really needs his mama. It’s borderline ridiculous that Taylor hasn’t put in an appearance, given that both of her children have been hospitalized in recent months. Granted, Steffy’s stint in rehab was so short that one delayed flight and she’d have been out before Taylor’s plane touched down, but still.

Speaking of folks who weren’t around this week, that would go for pretty much everyone who wasn’t Liam, Hope, Steffy, Thomas or Ridge. There was no follow-up to Eric and Quinn’s anti-climactic reunion. No heartbreaking scenes of little Douglas worrying about his daddy’s condition. Heck, we didn’t even get Bill blustering about how the “dressmaker’s son” was getting what he deserved or Wyatt and Flo dealing with her displaced mom moving back in, either of which might have provided some nice, lighthearted moments. 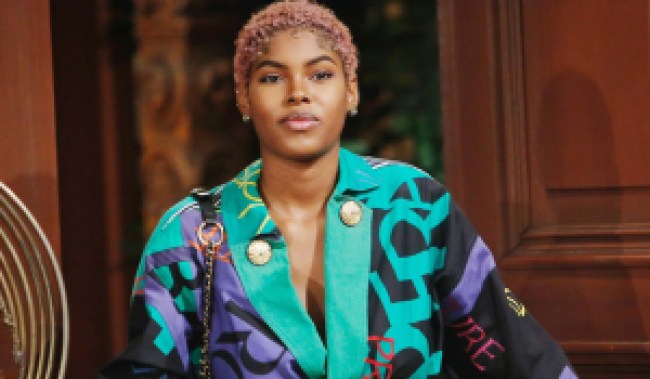 Like the city after which we assume she’s named, Paris is always in fashion.

• I’d like to know more about this job Paris claims to have. How does she afford to maintain her high-fashion look on a social worker’s budget? Hey, maybe that’s how they can fold her into the mix at Forrester (where you know she’ll wind up working eventually): Hope for the Future decides to launch a line aimed at budget-conscious young women with Paris as the inspiration.

• I’m just going to say it: I miss the mannequin. I know it was incredibly divisive, but it was one of the most unique storylines to hit daytime this year.

That’s my thoughts on this week’s action, now let’s hear what you have to say in the comments. After offering your take, do a double-take by perusing this gallery of real-life soap doppelgängers, including two Bold & Beautiful actresses who once played romantic rivals. 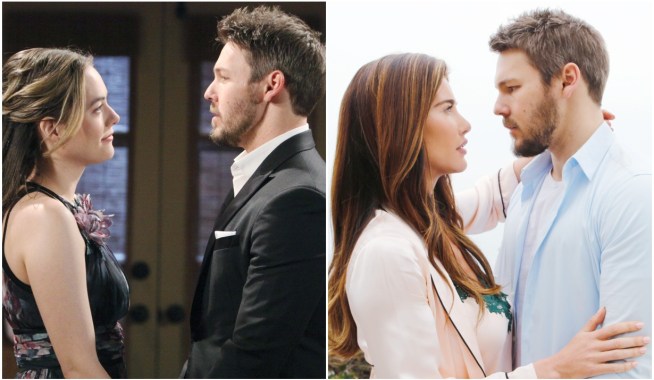 Brooke's Tribute to Stephanie Was the Holiday Gift We Needed, But What Was Up With That Forrester-Less Party? 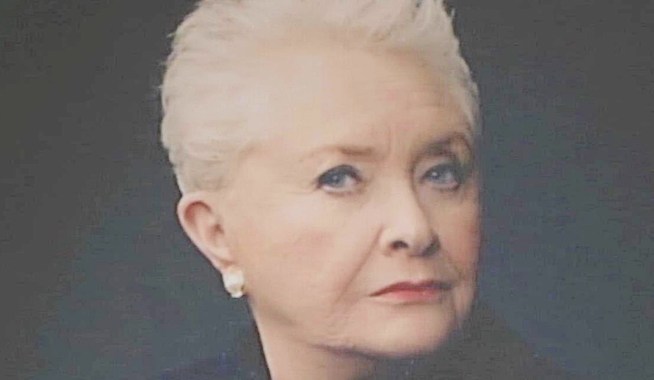