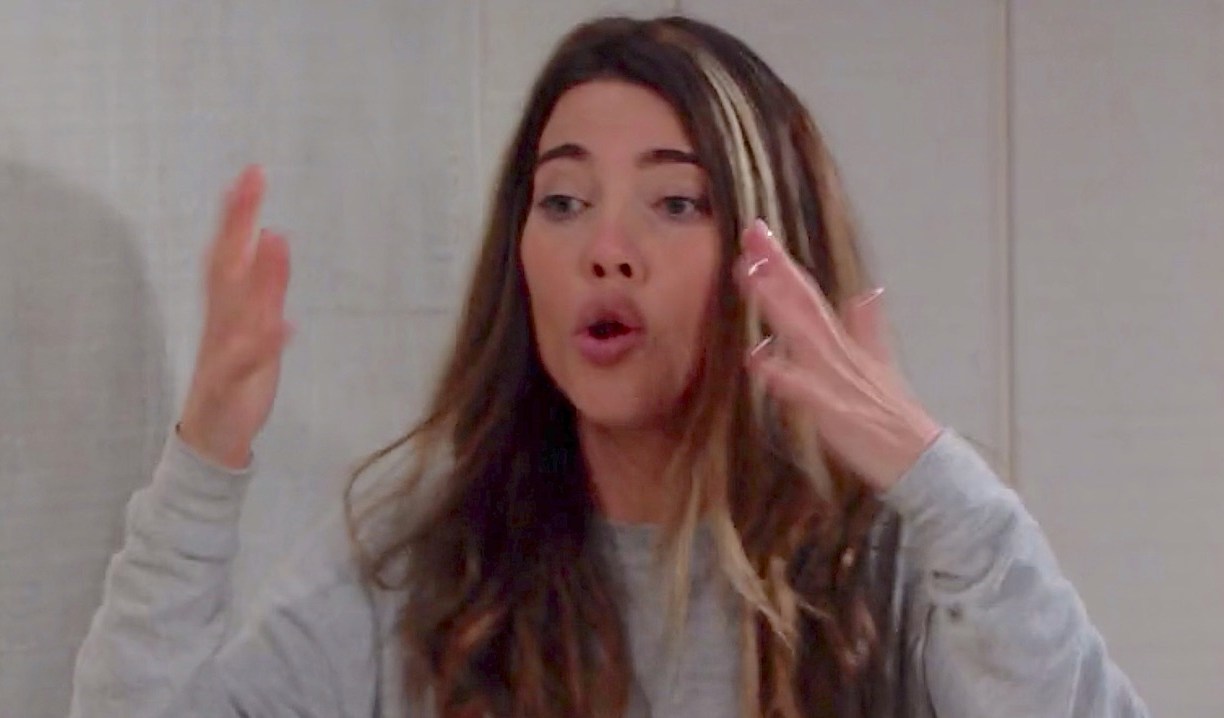 Thanks to fantastic performances and history-referencing scripts, this week’s episodes of The Bold and the Beautiful were among the best the soap has aired in a long time. However, they also shone a glaring spotlight on a few of the issues that have long plagued the show.

It’s Not the Destination, It’s the… Oh, We’re Already There!

Let’s just say this right up front: Friday’s episode of The Bold and the Beautiful will, if submitted, win the show an Emmy for Outstanding Daytime Drama. If there’s any justice, Jacqueline MacInnes Wood Steffy will also waltz off with top honors in the acting category. It was that good, and if you haven’t yet seen it, stop everything and go watch. The rest of us will wait here.

Everybody back? Great. Having said that…  if you felt like you missed a few episodes, you weren’t alone. Steffy went from popping a coupla pills to full-blown addict in less time than it takes most of us to feel the sweet, sweet caffeine boost from our morning coffee. Heck, they played an entire subplot about Vinny slipping the beauty illicit meds without the guy so much as appearing on screen! Talk about a majorly missed opportunity! There was a whole, fantastic story just waiting to play out between Vinny, Steffy and Finn!

Instead, The Bold and the Beautiful did what it tends to, which is skip a few important beats in order to get to the meat of the story. This is sort of a good news/bad news scenario where viewers are concerned. On the one hand, we were treated to a week of incredible performances — especially from Scott Clifton (Liam) and the aforementioned Wood. On the other, because the entire scenario was so incredibly rushed, it was a little hard to listen to everyone calling Steffy an addict.

Was she out of control? Without question. Did she need help? Certainly. But the whole situation seemed to have come out of nowhere practically overnight.

Where’d Everybody Else Go? 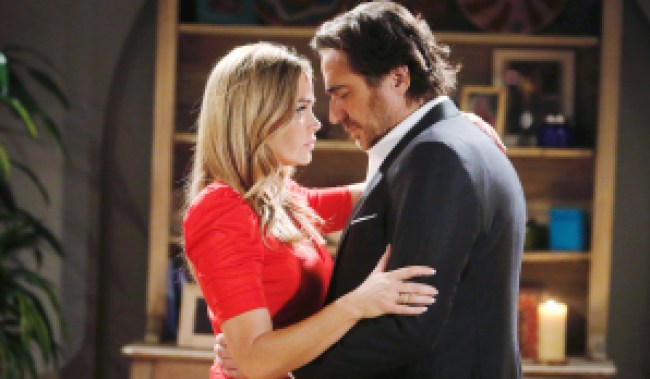 Meanwhile, the other big story playing out this week was… non-existent. Even when Thomas at long last apologized to Zoe for how he’d treated her, that almost immediately morphed into him catching her up on his sister’s plight. And here’s the problem with that: As great as the unfolding Steffy drama was, if a viewer wasn’t invested in it — for whatever reason — the show offered them absolutely nothing else. There was no B story. Instead, every time we cut away from Liam and Steffy’s increasingly volatile confrontaton, it was so that other people — mostly Hope and Thomas — could talk about Steffy and Liam.

This happens fairly often on The Bold and the Beautiful, and some like to defend the technique by pointing to the fact that it’s only a 30-minute soap. But the fact of the matter is that for years, daytime was filled with half-hour dramas which told multiple stories at the same time. At one point this week, we cut from Thomas telling Ridge about Steffy taking off to reclaim her child to a flashback of what he’d just described! That’s not exposition, that’s flat-out filler.

Bring On the History Lesson!

One thing The Bold and the Beautiful did incredibly well this week was use the long-running Logan/Forrester feud to full advantage. “That’s what it’s all about,” lamented Steffy, “Logans taking from the Forresters!” In her mind, Liam was taking yet another Forrester child and handing it over to Hope, who was now raising Thomas’ son, Douglas. And while many (including us) lamented Taylor’s absence, the show actually addressed that by having Brooke acknowledge that she, too, wished Taylor could be there for her daughter.

Thankfully, the writers were able to infuse accusation-filled dialogue with history, yet not make those references sound like a dry recitation of what had happened years earlier. At one point, when Brooke chimed in, Steffy simply rolled her eyes and said, “Seriously, Brooke?” That was all viewers needed. Either they understood the complicated familial history behind the simple exchange or they didn’t. Similarly, when Steffy accused hope of “kidnapping” Kelly, the blonde looked wounded as she replied, “Are you going to say that to me, of all people?” Again, you understood or you didn’t. The scene wasn’t going to grind to a stop to explain it.

But the emotional capper was Steffy, tears coursing down her cheeks, telling her dad, “You’re choosing Brooke and the Logans all over again. You don’t choose your real family. You just abandon us.” That powerful moment encompassed decades of history that spanned two generations, which is the kind of thing only a soap can do. 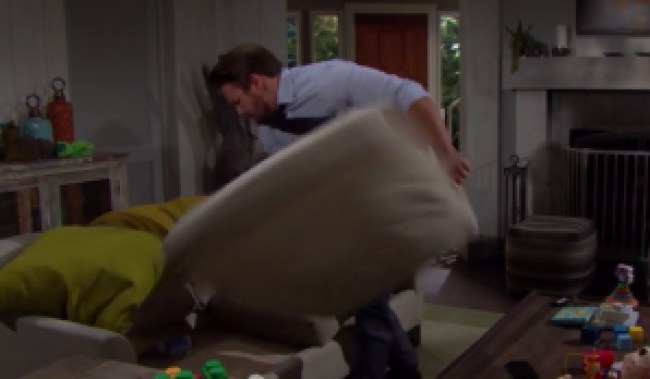 * When Liam was tearing up Steffy’s place looking for her hidden stash of pills, I couldn’t help thinking how much I’ve always wanted to do something like that. Imagine getting to just thoroughly trash a set, knowing it was someone else’s job to clean up when you were done. That right there seems like reason enough to become an actor.

• Who else shouted “What?!?” when Steffy reached into her pocket to pull out a switchblade, which she brandished as if she were a member of a street gang as opposed to a high-powered executive?

* Why did Thomas, seeing how out of control Steffy was and knowing she was likely zonked on those much-discussed meds, let his sis take her keys and drive over to Brooke’s? Even if he didn’t suspect she was high, she was clearly in the kind of agitated state that would make anyone think twice before letting her get behind the wheel!

* Douglas and the girls spent what seemed like hours playing outside while Thomas and Hope were chatting away inside. We’ve been told that the area between the cabin and Brooke’s house is sort of wooded, so did anybody else think to themselves, “Please check those children for ticks!”?

* Shouldn’t Hope be a little less… friendly with Thomas? Yes, they are co-parenting, but has she forgotten exactly why that is? At some points this week, she was borderline flirtatious with him! (At least we did get those late-in-the-week flashbacks which indicate that Thomas, who has lately been played as totally reformed, is still keen on the idea of luring Hope back to his side. Guess he’s playing the long game!)

So what were your high and low points of this week’s The Bold and the Beautiful episodes? What are you looking forward to next week? Sound off in the comments below, then make sure to sign up for the free Soaps.com newsletter so you don’t miss a single story about your favorite dramas!

The Logan Sisters Pushing Katie to...

The Bold and the Beautiful Just...