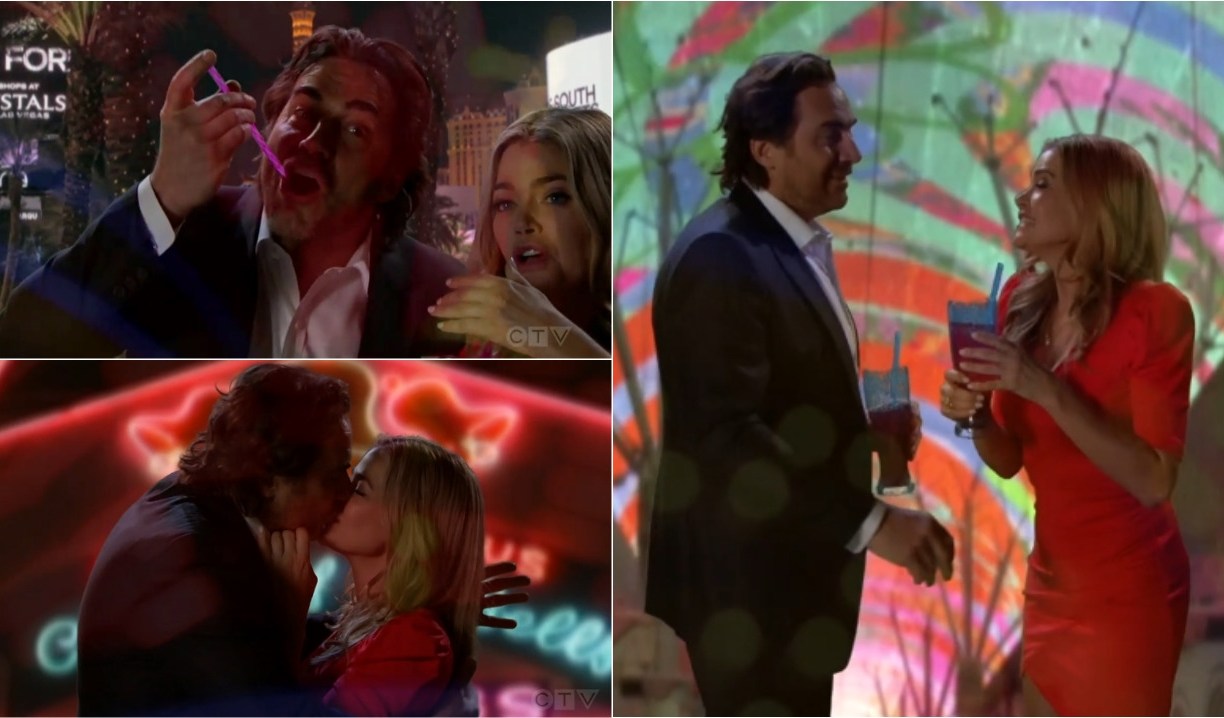 Bold and Beautiful is on a bit of a downswing again as the Sally storyline lost the emotion and there’s no outcome to root for, and the characters in the Brooke and Bill video fallout plot spent the week rehashing.

As discussed in the previous Deconstructing B&B, Sally’s plot to win Wyatt back is cringe-y and not what I want to see from this strong woman. It’s frustrating each time Bold and Beautiful messes with a character this way in order to enable a plotline. If we’re supposed to be rooting for poor selfless Flo to expose Sally, it doesn’t seem to be working. Watching Flo hound Sally’s doctor and demand to know why she hadn’t died yet was bad enough but seeing her commit another felony by accessing Sally’s medical records (and knowing Wyatt will excuse it) was even worse. I just want this storyline to be over. Sound familiar? In related commentary, Quinn was surprisingly sympathetic to Sally’s situation during her conversation with Katie, which means she’ll be doubly infuriated when she finds out Sally was lying and more pro-Flo than ever. Quinn’s refusal to apologize for ‘being the messenger’ made for a good scene as both she and Katie made concessions during the conversation.

Well, just when I thought that Ridge and Shauna’s entire trip to Vegas was going to be spent in her living room, including the special VIP experience she had planned, they actually went out on the town…sort of. What ensued was not a location shoot on the strip, but a cheesy green screen montage of Ridge and Shauna getting drunk and wild in a version of Vegas that at times seemed to be from a bygone era. It was equal parts hysterical and horrifying, and possibly the most talked about 10 or 15 seconds of the week. At first, I was taken aback that the soap opera that does regular lavish location shoots overseas wouldn’t actually go to Vegas, but I didn’t have time to dwell as we were left wondering why Ridge and Shauna were kissing in front of a wedding chapel. Viewers were left jaws agape for one reason or the other, which was fun. You also had to laugh at Ridge being spirited back to Los Angeles overnight by Entertainment Tonight’s Kevin Frazier as the Forrester pilot and waking up hungover with Brooke intently watching and waiting to discuss destiny. Shauna’s follow-up phone call made it seem they didn’t get married, as surely, she would have remembered and told him, but anything’s possible on Bold and Beautiful.

Looks like Ridge and Shauna had a 1970’s detective drama good time in Vegas. #BoldandBeautiful