Deconstructing B&B: Ridge and Brooke’s Split Opens Up a Variety of Possible Outcomes and Pairings 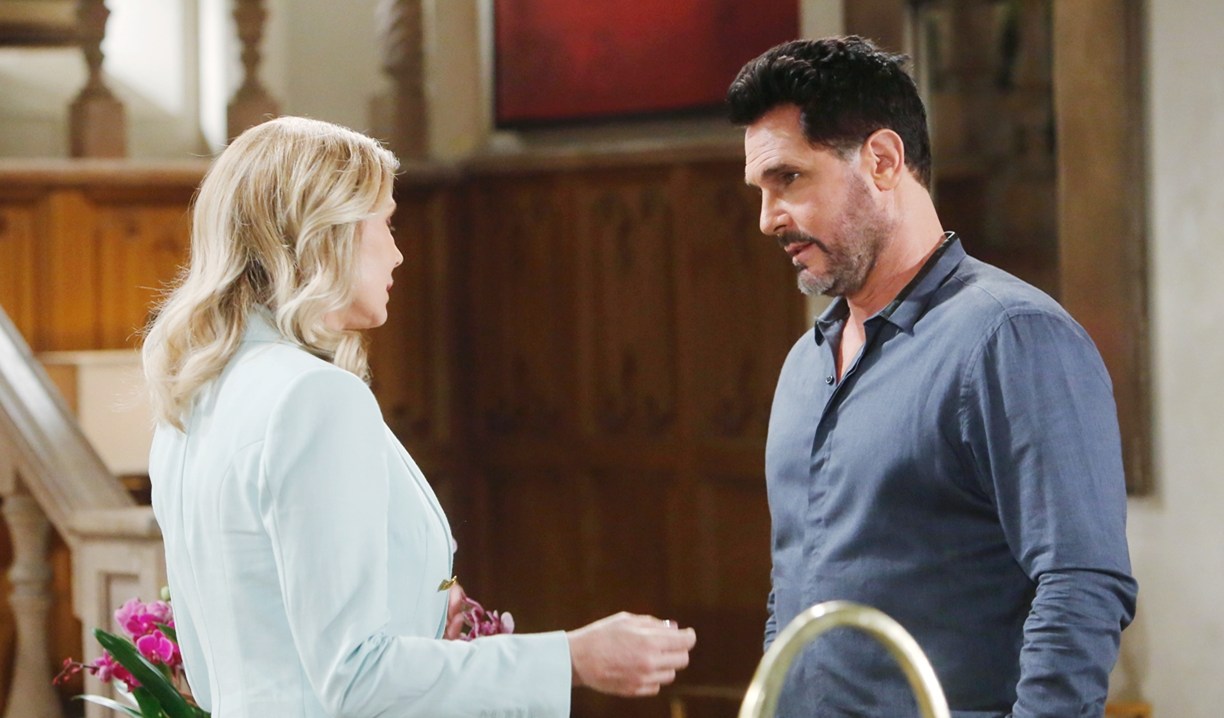 Bold and Beautiful’s storyline surrounding Sally’s ruse has become a stinker for me, but I’m having fun guessing at who Brooke, Ridge, Katie and Bill might end up with after the kiss fallout…I like that it’s not totally predictable even if I have strong hunches what will happen.

As discussed in the previous Deconstructing B&B, Sally’s desperation isn’t appealing, and I’ve lost my zest for the whole storyline as a result. Don’t get me wrong, if I truly felt she was sticking it to them for Wyatt leaving her for Flo twice, I’d be all for it, but it seems like it will only end up with Sally losing again. I laughed at the ridiculousness of Flo going to see Sally’s doctor, which no one would ever do, and cringed at the awkwardness of Sally trying to kiss Wyatt while he pulled away. It was a little weird that she was trying to get romantic with him after making herself up to look like she’s at death’s door. As other characters speculated about the situation with Sally having moved in with Wyatt (and Flo allowing it), I wasn’t surprised to hear Katie talking up Flo’s selflessness, as it’s beyond obvious that this is about redeeming her, but I figured there would be more resistance from Steffy, who was so deeply hurt by Flo’s actions with Phoebe/Beth.

There is something so wrong about Steffy & Katie sitting & talking about how nice & selfless Flo is. Katie I kinda get cause the kidney I guess but Steffy? #BoldandBeautiful pic.twitter.com/KQ2PGXWr0N

I don’t find baby-stealing to be irredeemable on a soap; my issue is w/ the heavy-handed, shallow attempt to make Flo into some sort of heroine. If you wanted us to care about her, you should have given more depth to how she “just got caught up” in all this 🤷🏼‍♀‍#BoldandBeautiful

While I wasn’t thrilled with Donna’s push to get Katie to forgive Brooke, and was disappointed by Eric’s underwhelming reaction to Quinn’s role in exposing the kiss, I had to laugh at Bill showing up on Brooke’s doorstep and her panic to get him out of there. If Katie had shown up it would have been curtains for her relationship with Bill. It did leave me wondering if they’ll have Katie and Bill reconcile or if they’ll go with another round of Bill and Brooke. With Ridge growing closer with Shauna, it’s possible Brooke will end up single again. Her teary memory montage about Ridge that ended with her pining, “Please come back to me,” was amusing – so old school soapy. I was hoping for more out of Ridge and Shauna’s time in Vegas than the two of them standing around in her living room talking about burritos, and rolled my eyes at her trying to send Ridge back to Brooke – she was more interesting as a schemer. That said, when Shauna talks about coming from a different world and having admired Ridge from afar it keeps things real; the disparity in their backgrounds is one thing I like about the pairing, and the chemistry between them being slowly explored works for me. Again, I sense that Ridge will end up with Shauna, but I’m not sure, and I enjoy the fact that it’s all left me guessing what will happen next. 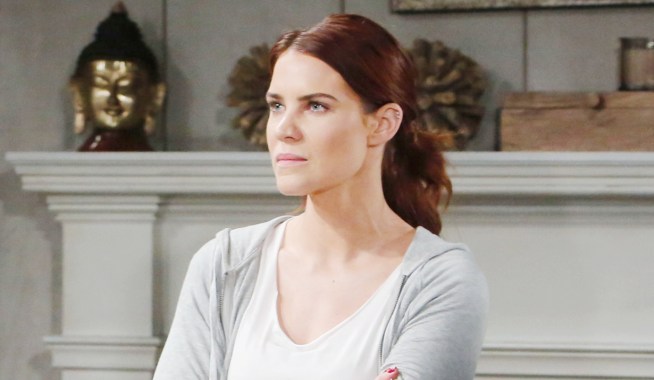 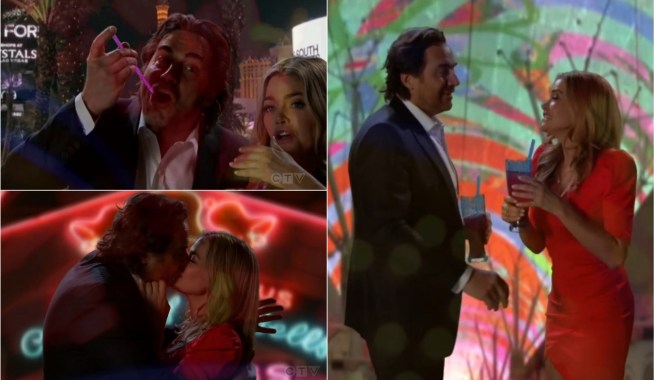