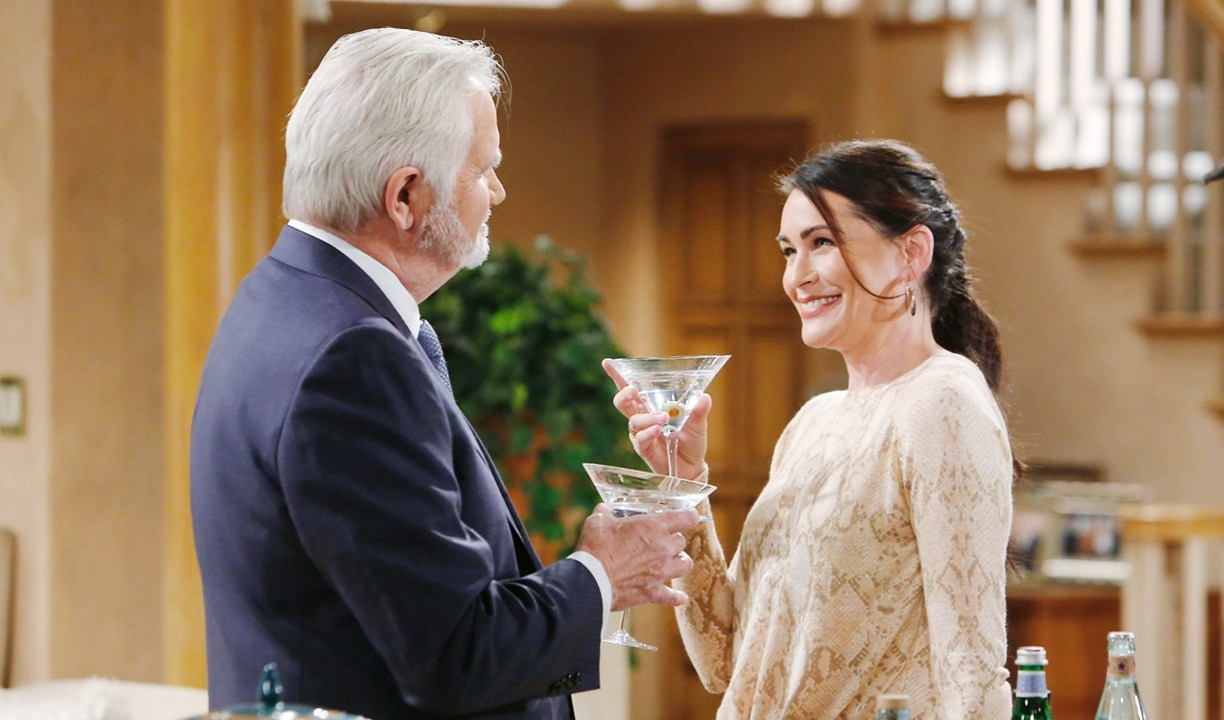 "A storyline for us? I'll drink to that!" Credit: Howard Wise/JPI

I wasn’t thrilled with all aspects of the fallout from Thomas’ non-wedding on Bold and Beautiful, but I couldn’t help but get caught up in Quinn’s plot to bring down Brooke, and the twist with Sally left me reeling!

The previous Deconstructing B&B, speculated about Bill and Brooke’s kiss causing trouble, and it quickly became apparent that would prove to be true. It was revealed that Shauna was the person who spotted Brooke and Bill together in the cabin, and that she decided to capture the moment on video – it seemed a no-brainer from there. Irritatingly, the powers that be chose to go the same route with Shauna as they did with Flo, as she protested to Quinn that she would never do such a terrible thing as to show Ridge the video. Please. This is the same woman who urged her daughter to keep the baby secret to achieve her ends, schemed to climb into bed with Ridge when he was drunk, and who came to town loathing Bill. Anyway, Quinn has no such qualms. She smoothly transferred the video to her phone before taking time to wallow in delight and ponder her options while looking up at her portrait, which Brooke had threatened to have removed. Quinn’s sheer glee at the turn of events was contagious, and while I’m not a viewer who has it in for Brooke, this should be fun. I look forward to them, and whoever else gets involved, tangling over this, and love how the video is coming out. When Ridge presented Brooke with a digital photo frame there had to be a reason! I still feel bad for Katie though.

I can deal with Shauna’s sudden martyr-like attitude and unwillingness to expose Brooke and Bill since it means that I get to see Quinn do her thing again. I miss crazy vindictive Quinn. And the fact that Brooke is her target now is the best. #BoldandBeautiful

Wow, Sally’s doctor coming to the house to force the issue of how she’s handling her terminal illness gave me pause. I’d have been pissed too! That said, this is a soap and things need to move forward storyline-wise. Once Wyatt ‘officially’ knew about her diagnosis it was only a matter of time before Sally discovered he already knew and that Flo was in on it, but it happened faster than I expected. I was pleased to see she responded with fury, though it only lasted a minute, but then was left stunned when Wyatt left the house and Sally’s remarks to Escobar seemed to indicate the whole terminal illness is a scam. I don’t even know how to feel if this is true…part of me loves the idea of Sally playing Wyatt after how he dumped her for Flo, but the other part worries she’ll come out of this being completely reviled for taking the saintly Flo’s man and letting everyone believe she was dying. Please share your thoughts!

Aside from the fact that Douglas performing the ceremony was stinkin’ adorable, Hope and Liam’s latest wedding evoked little feeling for me. How could it? No matter what Liam says to Hope or Steffy, his words have zero credibility at this point. Compounding the problem is that Bold and Beautiful weddings have become so frequent, and are so easily dispensed with, that they are virtually meaningless. Meanwhile, Ridge hot-footed it up to Brooke’s bedroom on the heels of Thomas’ wedding debacle, which irked some viewers, who thought he should have made more of an effort to locate his unstable son first. In other wedding fallout, it looks like Carter and Zoe might get together, and Steffy’s still single. Some have imagined her paired up with Vinny. It might be a bit eyebrow-raising for the co-CEO of Forrester Creations to date a drug dealer, but if they prove to have chemistry, I suppose anything’s possible. I’d have to see more. Vote in Soaps.com’s poll below to let us know where you stand on the matter. 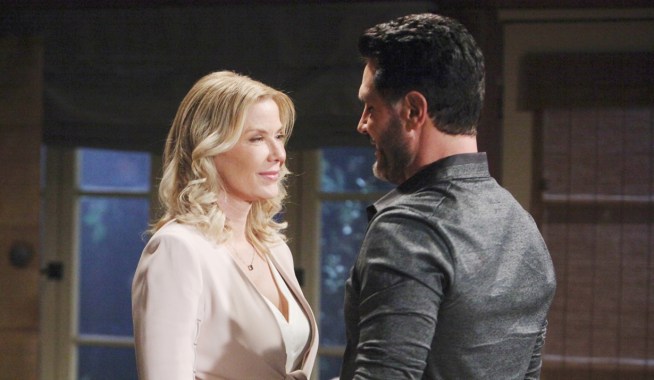 Deconstructing B&B: Brooke & Bill’s Kiss Could Spell Trouble for Her Reunion With Ridge 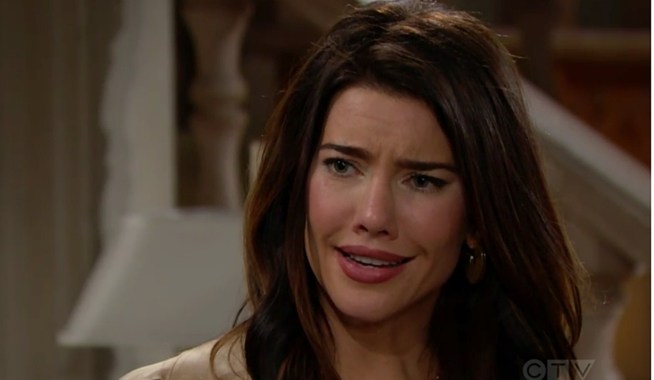