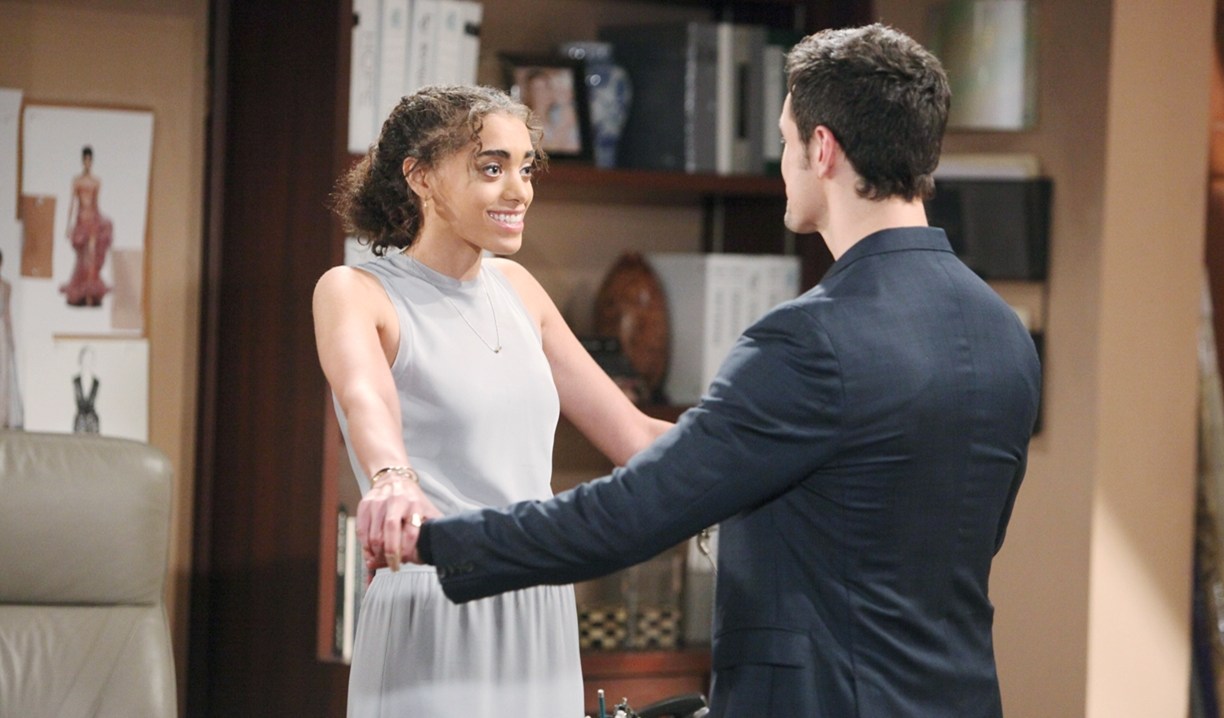 I’m not a big fan of the way either of the current two storylines is playing out at the moment on Bold and Beautiful. I’m over the Thomas stuff and have a bad feeling about the way Sally’s story could go.

In the last Deconstructing B&B, making Flo into a saint was not well-received and Bill being impressed with Wyatt and Flo for deceiving Sally was irksome. Can someone please point out that if Sally finds out, she’s going to be spending whatever time she has left feeling humiliated and this is the last thing she’d want? I’m all for Sally having support and love, but Wyatt, knowing Sally as well as he does, should have shown her the respect of being honest with her. I understood Sally’s relief at having Wyatt to lean on, but having her tell him he gave her a reason to live was another ‘ick’ moment for me. She should want to live for a whole lot of reasons aside from a man who has tossed her aside twice. I can see it now, Sally will decide to live for Wyatt’s love, she’ll be miraculously cured, then find out he was still seeing Flo all along and planned to go back to her after she died. She’ll want to be furious, but she won’t be able to because Katie and Co. will point out that Wyatt’s love and Flo’s selflessness saved her life. Ugh.

As I mentioned a few weeks back, other than it confirms Thomas is still obsessed with Hope, I don’t see how Steffy confessing she kissed Liam on purpose so Hope would see gets Liam off the hook for kissing her back. The waffler also told Hope that he was living with his other family, but his heart was with her, but he recently kissed Steffy to ‘show her his heart’ – so what was all that about? It’s also worth pointing out that Liam seems to blame Thomas, who came into the baby-snatching story at the 11th hour, much more than he does Zoe or Flo, who both kept the secret all along. Gah, I just can’t anymore.

Watching Liam talking to HOpe was like she was a child lacking common sense. He says he'll never forgive Thomas for the months of robbing them of Beth & HOpe's pain. Shouldn't Liam have this conversation w/ Felony Flo who is the real root cause of their problem #BoldandBeautiful pic.twitter.com/NtyDr3NmeB

Anyway, I’m glad Thomas decided to marry Zoe the same week he proposed so things can come to a head – even though it’s ludicrous. Somehow between the time it took for Vinny to have triggered the idea to push up the wedding date and Thomas talking Zoe into it, he designed not one, but two wedding dresses? I mean, who is going to sew those suckers up overnight so that Zoe has something to get married in and Thomas has the back-up available for Hope? So ridiculous! I’m sure there’s some drama ahead at this wedding and whether or not Thomas winds up married remains to be seen, but I’m all for moving on from this obsession for the foreseeable future. I don’t hold out much hope that will be the end of it; Steffy did say to Thomas, “You’ll never give up, will you?” which seemed like foreshadowing. At least maybe the powers that be will go off on a new tangent for a while and give this a rest. Read more B&B spoiler speculation about Thomas’ wedding and vote in the poll!

These are my opinions on the show. Please feel free to join the conversation using the comment section.