Deconstructing B&B: Fans grabbing the popcorn for Katie versus Quinn 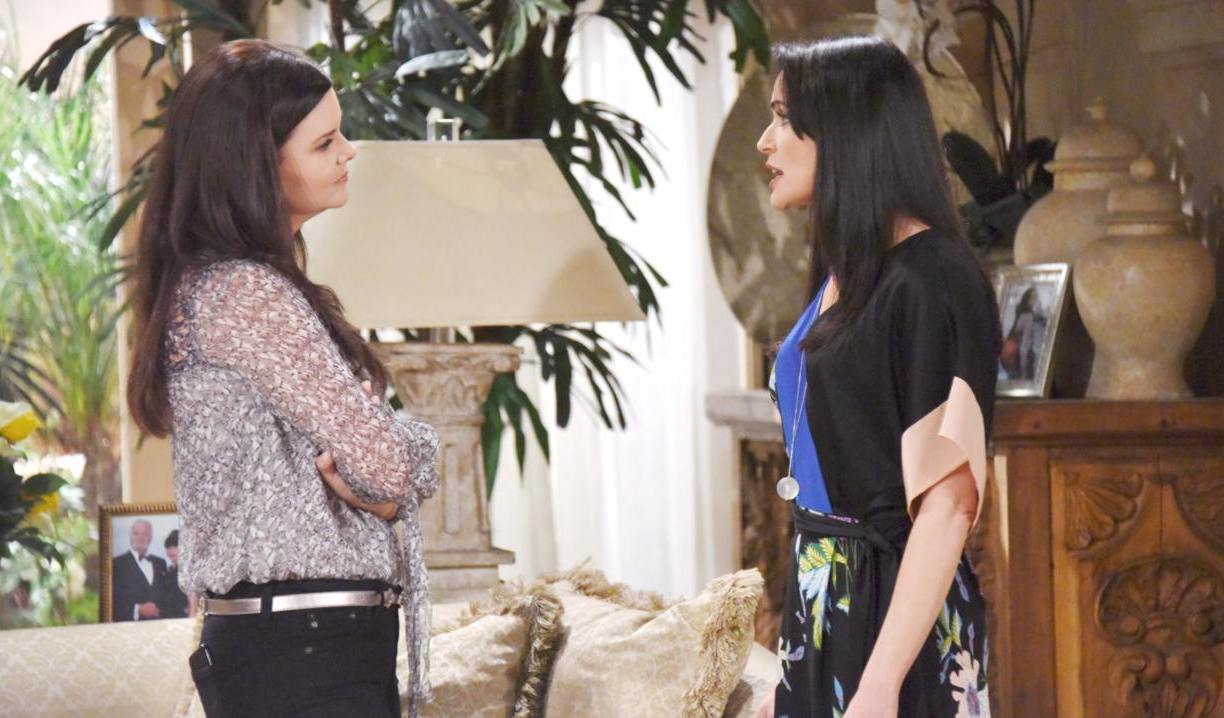 As mentioned in the last Deconstructing B&B, the Australian remote ended on a high note for Bill as Brooke fell into his arms. We don’t know what else went on, however, as we picked up this week back in Los Angeles with Katie discovering she was right about Quinn and Ridge, and drama at the two fashion houses. Thoughts:

Power struggle.
As much as the whole ‘Brooke agrees not to tell Eric’ bit had us rolling our eyes as it’s clearly a means of dragging this out, they threw us a bone by having Katie find out and (1) express what we’re thinking about Brooke keeping quiet, and (2) torture Quinn with the knowledge that she can detonate her marriage at any time. It’s downright delicious to watch these two go head-to-head; Katie gleefully ordering Quinn to make her mint tea, and Quinn, fuming, and wondering how far she can push back as she banks on the fact that Katie may not actually want to be the whistleblower. Love it. Fans reacted:

@BandB_CBS I kind a want Katie to say something to Eric but I don't want Eric to have a heart-attack. I want Quinn to get hers too.

@BandB_CBS Yikes! Quinn is gonna get you Katie

@kitkatz29 @BandB_CBS I wouldn't drink any tea unless I saw her make it.

Fallout.
The matter of what may or may not have transpired between Bill and Brooke in Australia was also suspended while Brooke dealt with Eric pressuring her to reveal her issues, another proposal from Ridge, and the guilt factor of breaking the canceled nuptial news to RJ. It’s a good thing Coco arrived on the scene to distract the kid or there could have been a much more epic meltdown over RJ not ‘getting his family back’. Oy.

Family jewels.
In random Forrester Creations goings-on, Steffy had another go at Thomas about bringing Sally to the wedding and he admitted he really likes her. Aw! Meanwhile, Zende suddenly went on full alert to protect his family’s interests from the Spectra clan, and he wasn’t wrong to warn RJ to be careful. Unfortunately, RJ seems to have inherited a bit of his father’s intrinsic arrogance and in an attempt to show off to Coco, managed to unwittingly expose not only another design to the Spectra spycam, but the Forrester Original showstopper. Yike. Heads are going to roll. Fun!

Tug of war.
Over at Spectra, Sally was feeling the heat to choose between her family and her new love. It’s a very sucky spot to find oneself in and we can’t help but feel for her. Those who have fallen for Sally and Thomas as they’ve fallen for each other, are not happy with Shirley’s manipulative dialogue designed to keep Sally focused on the Spectra agenda. Even as Thomas purred romantically that Sally was the best part of the trip to Australia, Shirley was in her other ear hollering that she was just the flavor of the month. Ack!

Friday notes.
Ugh, Sally trying to break up with Thomas made me feel so bad for her…and it remains to be seen if she will go through with it after he declared his love and kissed her like he did. Sigh. It was a relief that they finally mentioned Caroline and Douglas too, as it’s a pretty significant thing to sweep under the rug. Loved the comic relief with Darlita thinking Coco was making out with Rick. Hehe, too funny!