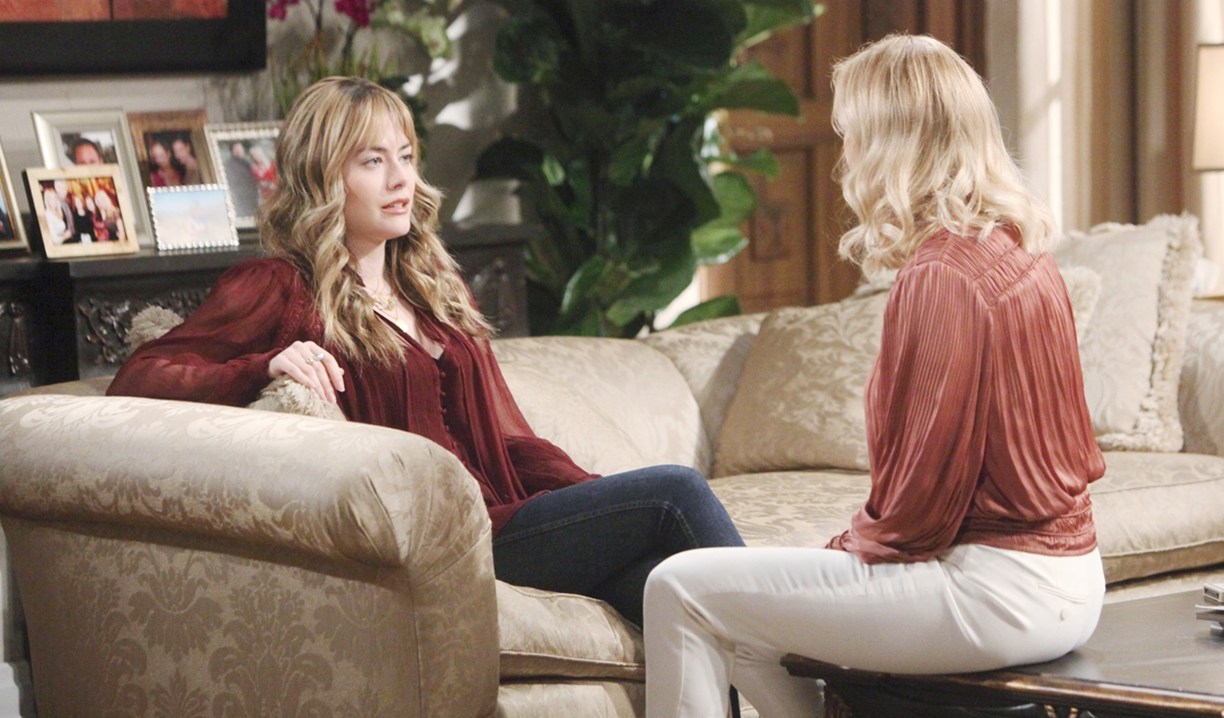 While there were still soap pre-emptions for the impeachment hearings this week, we had several original episodes of Bold and Beautiful and the theme seemed to surround everyone fighting for something – either a romantic relationship or their family.

It’s really not in line with Sally being a strong, proud woman, for her to try to hang onto Wyatt when he’s telling her he wants to be with someone else, so her visit to Flo, which made her look bad, didn’t sit well with me. As noted in the previous Deconstructing B&B, Wyatt came off as a chump and it’s a mystery why we’re supposed to get invested in women doing battle for a guy like this, just as with the show’s other notorious flip-floppers Liam and Ridge. Even Thomas is using one woman to make another jealous – the whole bunch of them are cads! Anyway, back to Sally. I like that there was a friendship vibe happening between her and Steffy despite the difficulties with the designs – the girl needs a friend now that the Spectra gang is no more. It’s evident the character has grown on viewers, as the idea of her having some sort of serious illness has brought out the protectiveness over Sally. I’m really concerned they’ll either have Wyatt marry her out of pity (ugh) or worse. I sincerely hope the powers that be wouldn’t write Sally’s death. Not only does she bring something unique to the canvas with her personality and background, but she’s also a member of a family with history on the show. Worse, if Sally were to join Caroline in the great beyond, it would cut out yet another female in that age bracket that’s not a Logan.

#BoldandBeautiful has given Sally every hardship except the 10 plagues of Egypt. Why can't they give her a winning lottery ticket or an inheritance from a dear old Uncle Junebug? Her hands shaking like this is not good at all. My Queen is suffering and I don't like it! 🤬 pic.twitter.com/2Bte6LQv1s

This scene broke my heart..Sally has been through so much… It's hard to see her falling apart like this…..😭😭😭#boldandbeautiful pic.twitter.com/ImfCD8ewTX

The struggle is real

With Bill pushing Liam toward Steffy again (classic Bold and Beautiful opinion swerve after him being supportive of Hope and Liam through the Beth debacle), and Thomas still scheming away to achieve his goal of winning Hope, it’s clear Hope and Liam won’t be patching things up too easily even if Steffy comes clean about Thomas urging her to kiss Liam. Given he kissed her back, it’s a technicality, though Steffy should probably give someone a heads-up that her brother’s still obsessing over Hope. I’m not comfortable with the idea of Hope falling for Thomas with all that’s transpired, at least not without everything coming to light and him getting help, and I don’t want to see Liam get back with Steffy only to boomerang again in short order. I’m not sure what to root for in all of this.

Pushed off the wagon?

Well, the writing is on the wall in the Brooke versus Quinn war what with all the not-so-random mentions of Brooke’s past issues with alcohol. Clearly, we’re headed for Quinn spiking her nemesis’ drinks, which is hilarious, because this will require Brooke to be hanging out in Eric and Quinn’s living room on the regular, as how else would Quinn be able to pull it off? Perhaps she’ll just make nice then get her spectacularly drunk one time and something bad will happen as a result that turns everyone against Brooke. While I don’t like it seeming quite so predictable, I’m still eager to see it play out as their ‘war’ has been a boon. 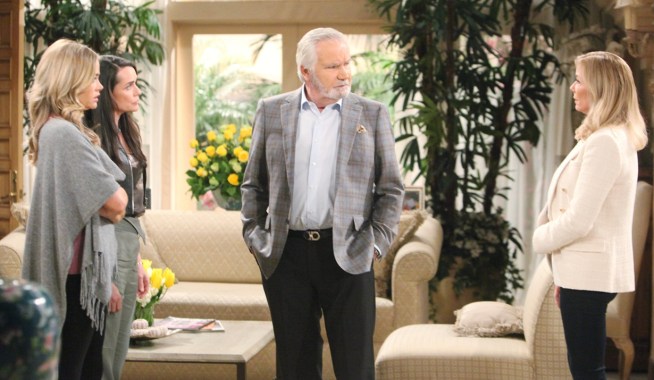 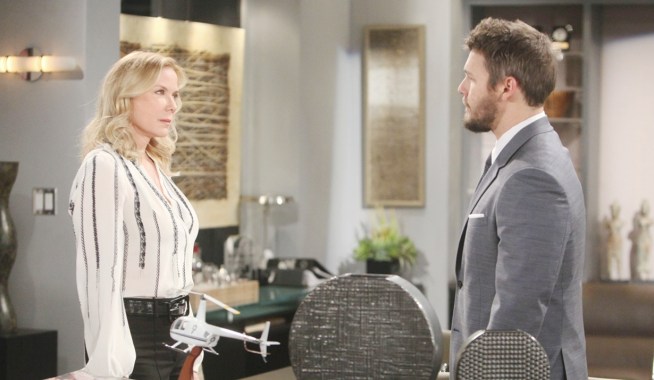