Deconstructing B&B: Thanksgiving Was Missed, but Things Are Looking Up 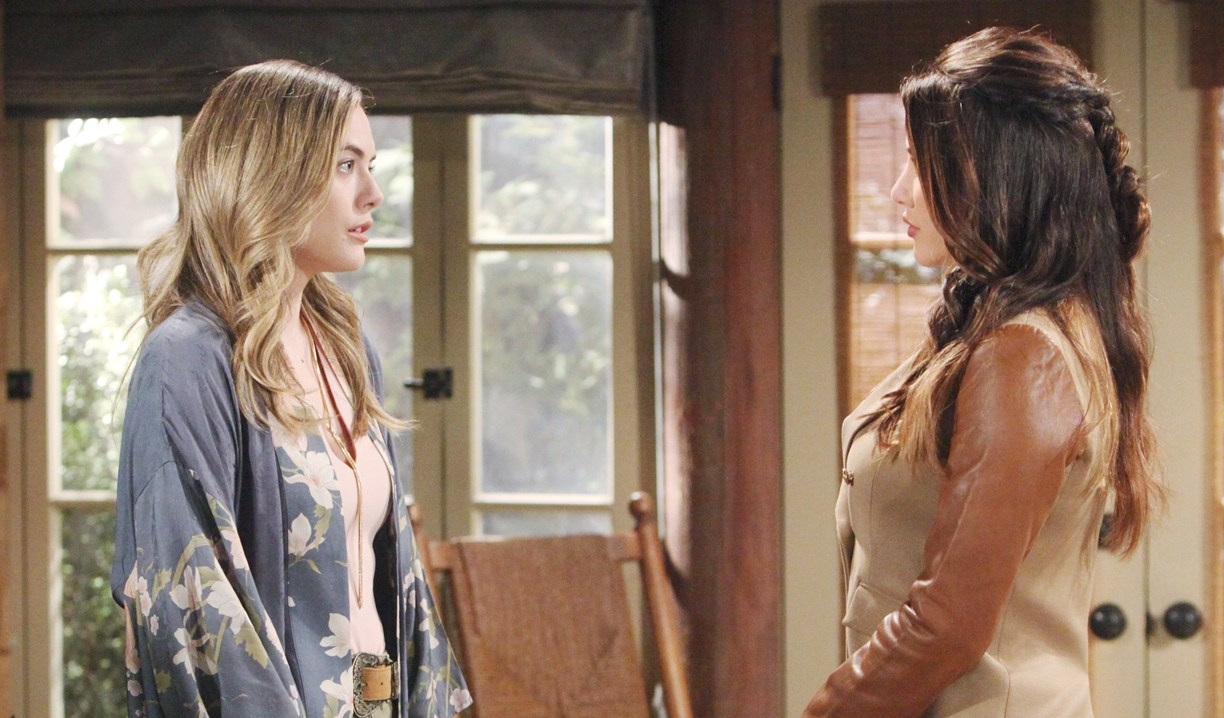 There’s still quite a lot of story surrounding Thomas and his issues but we’ve also seen a variety of other characters onscreen lately, which is a boon for The Bold and the Beautiful. I missed having a Forrester Thanksgiving dinner, and there was a disappointing plot point this week, but there are a few things developing to look forward to.

As mentioned in the last Deconstructing B&B, Ridge & Brooke’s split was heartbreaking but on the other hand, I’ve been ready for Shauna and Ridge for a few weeks now as the pairing has grown on me and their chemistry is terrific. It’s realistic that Brooke and Ridge can’t meet in the middle where Thomas is concerned at this point. Shauna’s infatuation with Ridge and his wealth are also believable, though telling him she loves him so soon seemed a bit much. I guess it didn’t bother Ridge. Of course, it’s terrible that he’s running back to kiss Shauna every five minutes while still being on the fence about divorcing Brooke, but soapy. Having Quinn in the mix encouraging Shauna is fun too. I was disappointed, however, not to see a Brooke and Shauna confrontation after Donna told her she was living in the Forrester guesthouse. Maybe that’s coming.

Also disappointing was the omission of the Forrester Thanksgiving dinner this year, though it would have been extra awkward to pull off given the ongoing issues amongst the family members. It was weird though to hear characters discussing it before and after without seeing it. Liam and Hope’s day with the kids in the cabin was nice but also puzzling as he keeps telling others that he’s not into the arrangement with Douglas, yet he dances around the topic with Hope (so far). Liam and Steffy came to the same conclusion after talking to Thomas – that he’s delusional and hasn’t given up on winning Hope for himself – and given that Thomas has continued to use Douglas to try to persuade Hope into doing what he wants, the creep factor hasn’t gone away for me. However, it gave me pause for thought when Thomas referred to him, Hope and Douglas as a family while arguing with Liam. I could see where this might go, especially if Thomas were to start dating Zoe as Hope might bristle at Thomas bringing another woman around Douglas. In related commentary, the Steffy and Hope confrontation was just enough to keep the tension between them without being over-the-top as they both made points.

While it may be typical for Bold and Beautiful to have plot points that make no sense come out of the blue, it doesn’t mean I have to like it. The bit with Sally calling Wyatt by Liam’s name was just dumb. She never even dated Liam and her past crush on him has been irrelevant for a long time. Nevermind that Liam already has two other women on canvas in love with him. I get that Thomas is in another storyline right now, but it would have been more believable for Sally not to be over him. As is, this just feels like a contrived reason for conflict, and likely for Wyatt to reconsider a future with Flo.

Why all of a sudden the past of Sally and Liam are being brought up? Weak ass excuse to break up Sally and Wyatt #BoldandBeautiful

So, lemme get this straight. Out of the blue Sally has a Freudian slip and calls out Liam’s name in an intimate conversation with Wyatt. That is the equivalent of Thomas’ having “unresolved” feelings for Hope. Both popped up out of thin air. Clunky plot choice. #BoldandBeautiful