Deconstructing B&B: Indecent Proposal and an Ironic Turn of Events 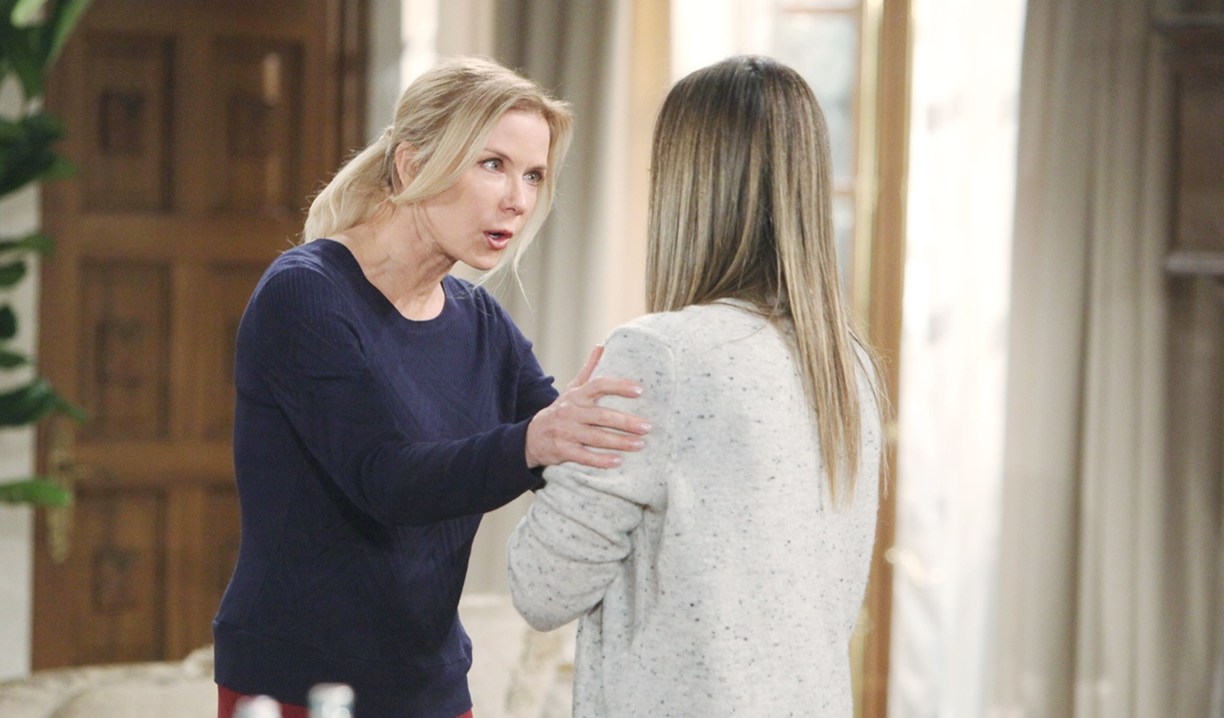 It was a bit of a crazy week for The Bold and the Beautiful, and not just because Thomas showed up, but also due to the pre-emption confusion. Here’s hoping everyone got to see the four original B&B episodes one way or another.

Liam said his farewell to Forrester Creations and Steffy, it seemed a little reluctantly, but I like the change of pace of him returning to Spencer Publications as it broadens the canvas somewhat. Seeing different places and different faces is like a breath of fresh air after a singular storyline with a narrow focus has been ongoing for a while. That said, at Spencer Publications the possibilities are limited unless the Spencer men and Justin have a steady stream of visitors. I truly do miss having a competing fashion house with another set of characters to mix it up with the core families. In a Soaps.com poll on Liam returning to Spencer Publications the majority of those surveyed didn’t much care or have an opinion on it one way or another, which is telling. Of the remaining voters, most were happy to see him go back.

The last Deconstructing B&B, speculated Thomas might be alive, and lo and behold he showed up just as a guilt-ridden Hope was at the point of losing it. In typical Bold and Beautiful fashion, the truth never quite came out when Ridge was there, so he left in shock over his son’s indecent proposal. Brooke urgently tried to convince Hope to cover up the death because, you know, all the ‘traces’ of Thomas were long gone.

I don’t know WTF episode it is thanks to the preemptions, but Brooke Logan “Wrinkle Free” Forrester KNOWING that Thomas dissolved in the acid because she’s a GODDAMN CHEMIST was the soap moment we all needed. #boldandbeautiful

That, of course, gave us the irony of Brooke being desperate to keep a secret and to protect her daughter, which are two reasons she had issues with Thomas and Ridge. The powers that be have a knack for crafting these scenarios that constantly have viewers comparing whose transgressions are worse and taking sides. All I know is they doubled (tripled? quadrupled?) down on Thomas’ creepiness with the indecent proposal and then him purposely letting Hope think she’d killed him. It kind of irks me that they’d make a core character and potential love interest for the women on canvas so twisted, while at the same time it’s undeniably soapy goodness to have such a villainous person in the mix. I’m guessing he’ll be wanting to make his point to Brooke as well.

More: Ambitions episode 13, Since I lost my baby