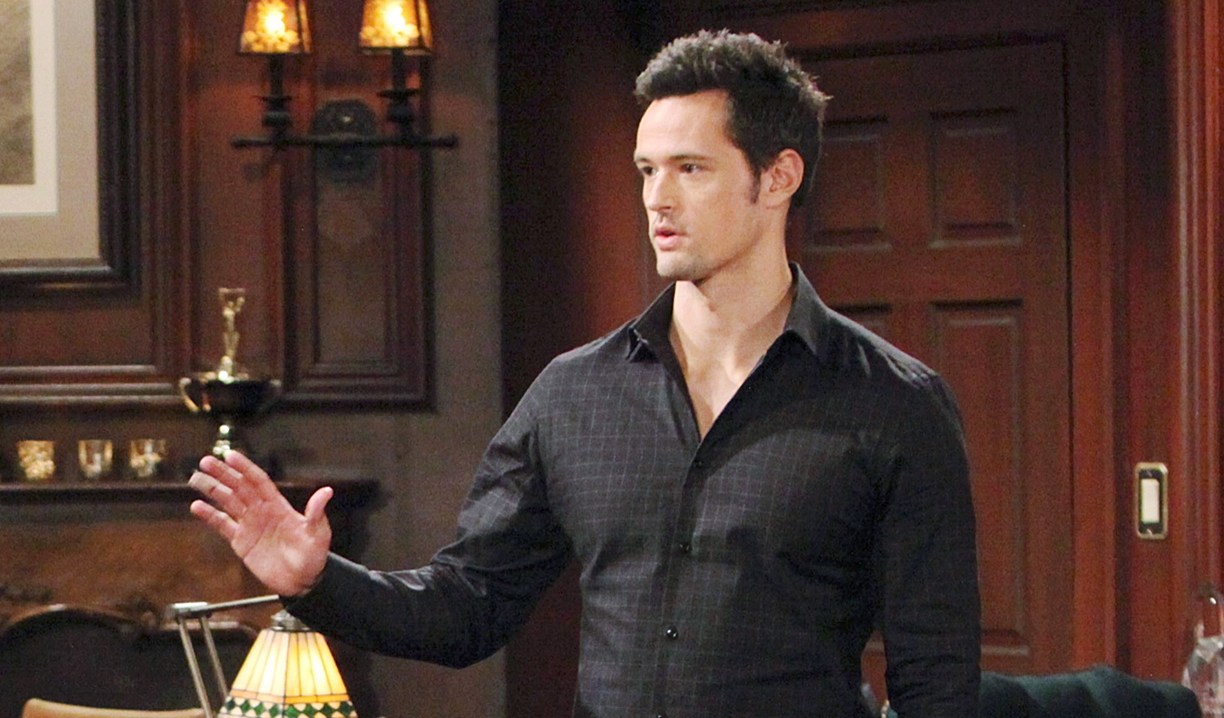 The Bold and the Beautiful continued with a narrow focus on Hope’s plan to get custody of Douglas from Thomas, and the fretting family members. Not ideal, but there was a lot of tension surrounding Hope and Thomas’ situation, and anticipation about who might meet their death, which made for a solid week.

Shauna continued to flirt brazenly with Ridge at every opportunity and there’s no denying she’s set herself up nicely as the woman he’ll fall into bed with at the slightest provocation. Given that Hope managed to get Thomas to sign over custody of his grandson Douglas, and that Brooke supports the move, I’m not predicting sunny days ahead where his marriage is concerned. One of the things I like about Shauna and Ridge is that they’re from different worlds and I hope they don’t have her suddenly dressing in designer clothing and working an executive job at Forrester Creations overnight if they get together.

I LOVE little things like Ridge educating Shauna on Cognac.
It’s very old school #BoldandBeautiful. It adds to showing that these people are rich & grew up that way 😄

I don’t even know what to say about Thomas offering Hope his son in return for sex, which made my skin crawl. The only thing that could have been creepier was if she had agreed to it. In the last Deconstructing B&B, Hope’s plan seemed destined to backfire, possibly in more ways than one. While she’s succeeded in getting custody of Douglas and feels she can protect him now, it could come at the cost of her relationship with Liam, as we all know, the powers that be didn’t have him tell Steffy he didn’t want to adopt Douglas for no reason. With him spending more time at the cliffhouse and twigging on Steffy using a dating app, it looks like another flip-flop could be in the cards. As for him returning to Spencer Publications, I’m all for it as I’d like to see a return to some workplace-based stories. Here’s hoping.

There was tons of debate about the spoiler that said a character would die, and the vat of acid appearing mid-week gave us a glimpse of how that person might meet their demise. In the end, it was Thomas who fell into the vat after Hope’s plot went sideways and she seemed to think he’d done something to Douglas. Shocking as it was, I noticed that Ridge had told Charlie to get rid of the acid as soon as possible, and when Thomas floated to the top his skin was intact, so I’m wondering if it’s water and someone will pull him out and he’ll be presumed dead, but will show up at a future date. It’s a soap – anything’s possible!