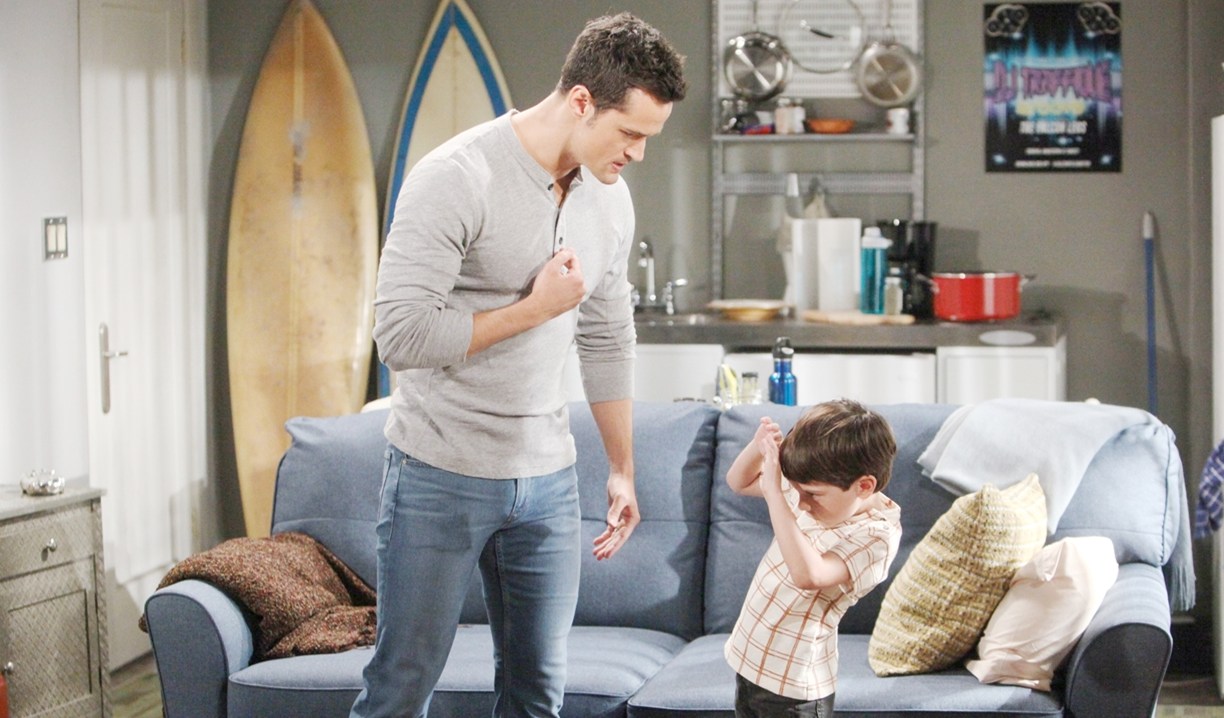 The Bold and the Beautiful’s post-baby secret fallout delivered the drama this week, and ranged from satisfying to chilling and even horrifying.

I reveled in Hope slapping Flo across the face after lashing out at her viciously – another excellent performance – and the scenes really drove home the fact that Flo, despite her claims of guilt feelings, had no actual grasp of what she had put these people through. In fact, one of the best points was Hope calling Flo out for trying to paint herself as a victim, which truly only added insult to injury. This was followed up by Flo’s arrest – so satisfying – even though Denise Richards absolutely made me feel Shauna’s sickened terror at her daughter being taken away to prison.

Ridge’s denial about Thomas was frustrating to watch, so the scene in which he took some ownership for failing his son was welcome. That said, it didn’t make me feel any more sympathetic toward Thomas. The last Deconstructing B&B, predicted trouble brewing with Thomas and that certainly came to fruition. First, he paced and ranted half-dressed with the increasingly uncomfortable Vinny, who finally, in a brief moment of comic relief addressed the myriad ways Thomas was taking advantage of his hospitality before things got real again. Vinny took exception to Thomas referring to his son as a brat, which preceded the scenes in which Thomas unleashed his anger on poor little Douglas. Ugh, so horrifying to watch, especially as Matthew Atkinson and Henry Joseph Samiri played the unhinged tyrant and the sweet innocent child to perfection. Fans reacted:

I'm about to jump through my tv screen and beat Thomas's ass!!! What a phsyco!! @BandB_CBS #BoldandBeautiful #BoldandtheBeautiful #Thomas #Douglas #Beth pic.twitter.com/34479DQyP7

Being holed up at Vinny’s did nothing to cure Thomas of his delusions where Hope is concerned, quite the opposite actually as he really seemed to believe they’d be together ‘until death do us part’. Chilling stuff. After a deceptively tearful session with Douglas in which he turned apologetic, Thomas set out to find Hope, still bent on putting their family back together. She was at Steffy’s place, where, as coincidence and convenience would have it, Hope was alone and there was a nice big cliff for someone to be pushed off. In a twist, Brooke sent Thomas over the precipice, which is bound to impact her marriage, and, presuming Thomas survives, will at least temporarily steer the spotlight away from Thomas’ transgressions.