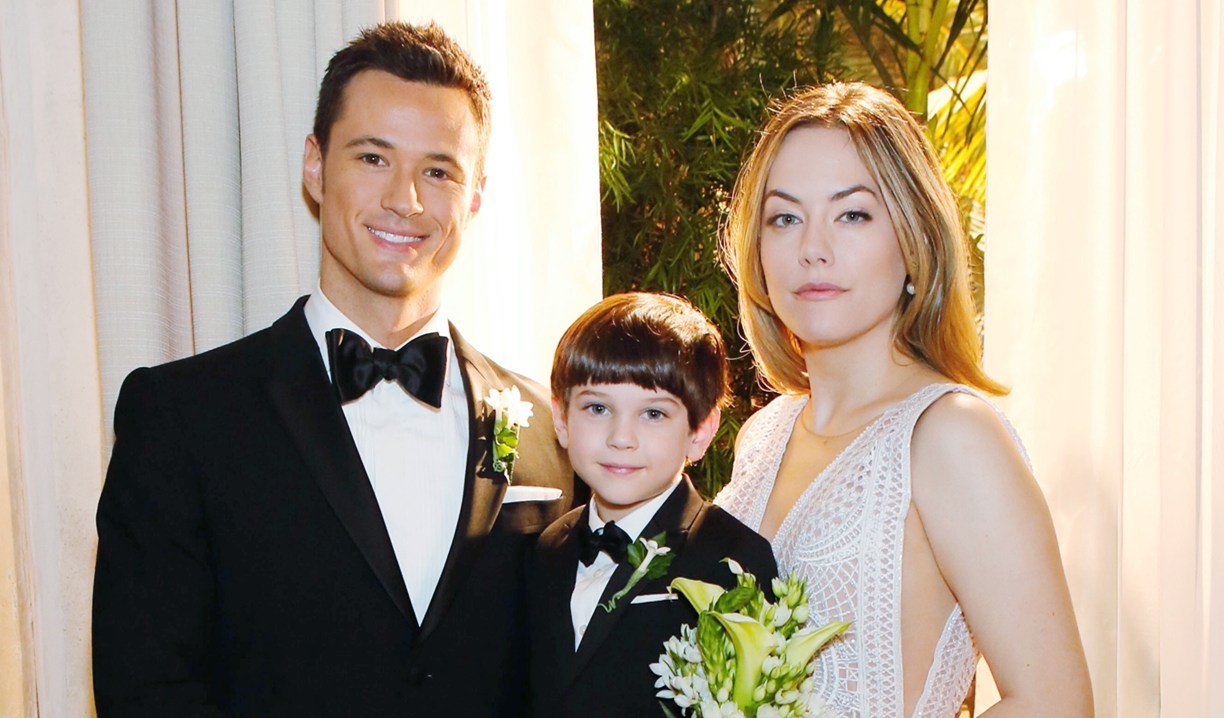 The Bold and the Beautiful’s baby secret continued to stay hidden and the powers that be actually seem to be ‘going there’…as in having Hope and Thomas get married. While many are sick to death of the storyline dragging on and the ridiculous things happening along the way to enable it, there are some positives to be found in the performances being given and in the sense of dread and urgency building as Hope’s situation becomes direr and viewers feel even more desperate for the truth to be exposed.

In the last Deconstructing B&B, Thomas and Hope’s story became creepy and inane and though some got a good laugh out of the campy ghost in Douglas’ room, the reality was that Thomas terrified the boy on purpose as a means to an end. Not that the plan made any sense whatsoever – who would think Hope would make the leap to comforting Douglas after a bad dream to ‘we have to get married immediately’? Totally bizarre. Thomas’ reaction was to plan the nuptials for the next day (in Brooke’s living room as predicted) and to proceed to swap out all the photos of Caroline in Douglas’ bedroom with ones of Hope. This had me more convinced than ever that he may have ‘gotten rid’ of Caroline. Anyway, with Thomas now established as crazy, obsessed, creepy and dangerous, it can’t go on much longer – this is the good news. The bad news is that he managed to get Hope to the altar. On a positive note, the actors are doing wonders with the material – obviously Hope and Thomas are delivering the feels – whether it be emotional or chilling – but I particularly enjoyed the scenes surrounding Brooke trying to put a stop to the wedding – she became quite intense – it made me wish the powers that be had had her go to greater lengths to interfere.

#BoldandBeautiful #BoldandtheBeautiful
If looks can kill, Brooke would win first prize. Brooke gave Thomas a disapproving glare b/c she's not happy about HOpe marrying him.

"You don't have to marry this clown ass punk!!!"

In related commentary, as heartwarming as the moment was, I didn’t get the big deal made about Hope and Steffy ‘becoming sisters’ when they’ve always been step-sisters. Sigh.

Cliffhanger Friday brought the question of whether or not Thomas and Hope’s wedding would go off smoothly and Flo getting drunk and wanting to come clean. It’s all craziness, but the way the story is playing out is succeeding in building a real sense of dread surrounding Thomas’ obsession with possessing Hope in every way, including having sex with her even knowing how she feels (or doesn’t feel as the case may be). All of this is, in turn, creating a greater sense of urgency for the truth to be exposed to free her from his clutches and reunite her with her child. Finding the positives!

Deconstructing B&B: A Montage of...