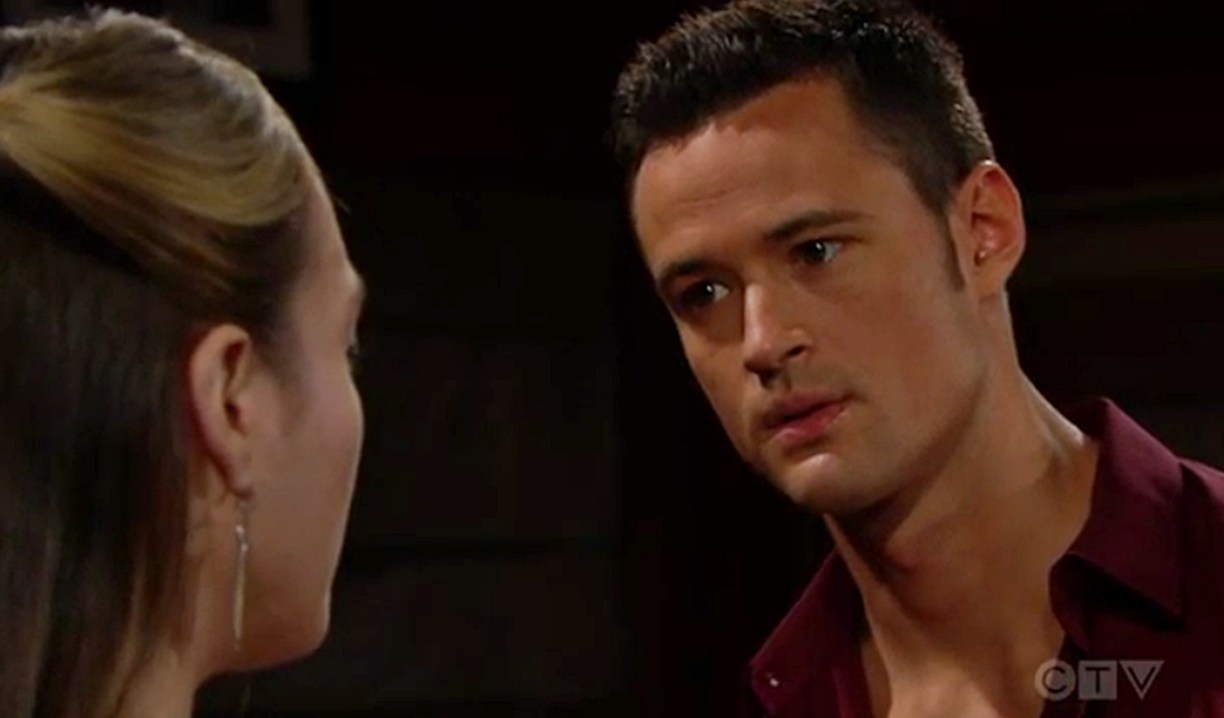 The Bold and the Beautiful’s sole storyline (aside from the 5 minutes spent on Sally/Wyatt) has become a fascinating montage of over-the-top, creepy, repetitive and inane scenarios as we barrel towards what I’m guessing will be another living room wedding on the soap, which will almost certainly end in yet another annulment, with still no end to the baby secret in sight.

In the last Deconstructing B&B, the baby secret story took on aspects of a parody, which meant you could laugh at some of the material, but there was no laughing this week. It’s just become groan-worthy watching Hope go on the same self-deprecating rants as she repeatedly defends her choices then cries about them, while Thomas lurks, snaps, snarls, manipulates and threatens, and Xander endlessly and dramatically declares that he’s going to expose…‘fill in the blank’.

"That bastard has to be stopped!" Sure Xander, whatever you say bruh… You've only had about 450 chances already…😒 #BoldandBeautiful pic.twitter.com/ctmkhGIN3U

I don’t even have words for Xander, Zoe, and Thomas hollering at each other about Beth being alive, Emma being murdered etc., in the studio at Forrester Creations where anyone could overhear (again!), or Xander’s lame ass ultimatum, which effectively removes him from the equation, allowing the secret (and no doubt wedding) to move ahead. Hope looked like she was going to throw up as she accepted Thomas’ marriage proposal, which he took as a sign to undo his shirt and seek out sex in what might have been the creepiest scene yet. It actually made me wonder if the powers that be would have him rape her if she continues to balk at sex given his ‘warning’ that they’d soon be husband and wife. I freaking hope not. Anyway, Brooke and Liam launched into over-the-top mode upon news of the engagement – considering they don’t know about Thomas’ recent sinister antics, Brooke saying she was ‘scared’ seemed a bit much. Donna and Katie at least provided a bit of comic relief asking, “Why?” and noting, “I’ve never even seen you with Thomas.” Right? So ridiculous. And yet, I’d bet good money this will lead to a rushed wedding. As for Ridge calling Brooke ‘Stephanie’, I dissent; Stephanie would have dealt with the situation handily by now in some deliciously ruthless no-nonsense way…would be nice to see Brooke follow suit. On a positive note, Matthew Atkinson is doing a brilliant job of bringing Thomas’ creepy intensity – you feel it in your bones – and the bit with the ghost left me in tears laughing.

Sally was me on Friday – just wanting to send Flo away. Seriously though, Sally manipulating to get some alone time with Wyatt would have been cute if not for the fact that I’m so irritated with him right now and feel he doesn’t deserve her attention. I honestly don’t know if I could support them getting back together after Flo’s exposed, but regardless, go Sally; way to use the time with him to maximum effect girl!