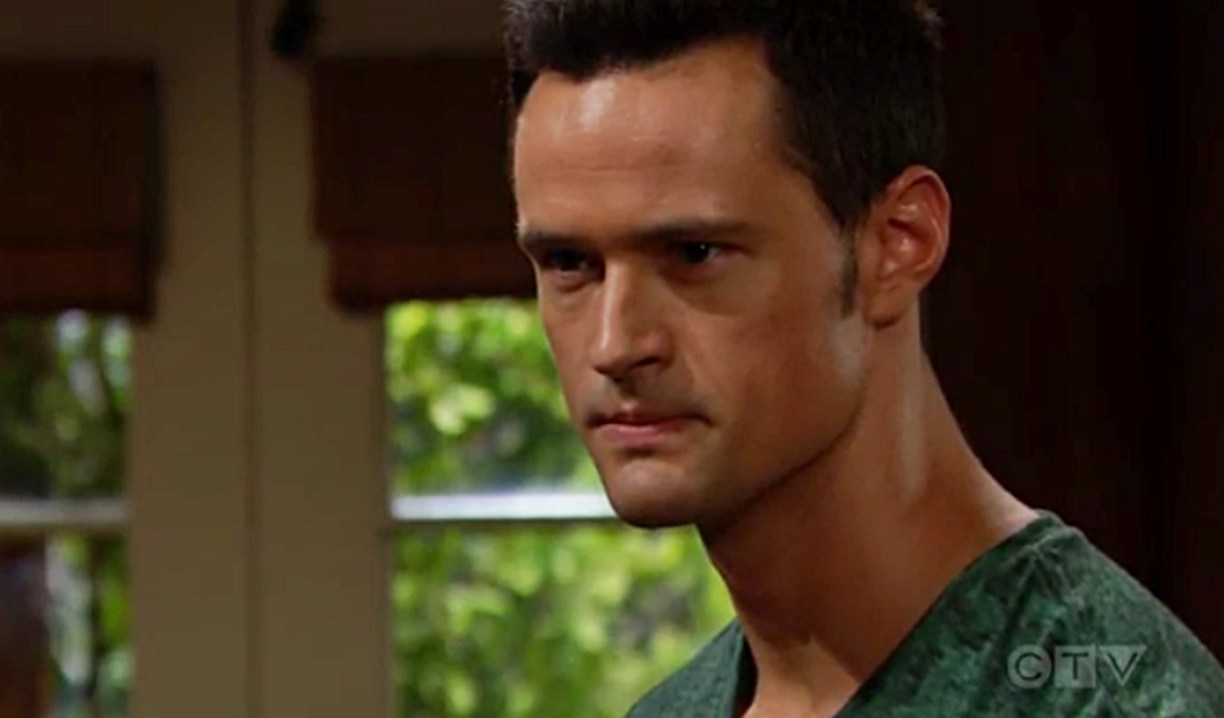 The Bold and the Beautiful’s tunnel vision tendency has viewers watching a single storyline again. At this point, it’s just another reason to desperately want the baby reveal to happen. Although the more extreme elements of the storyline have become parodical, Matthew Atkinson is nonetheless doing a bang up job as the sinister, manipulative and obviously damaged Thomas. The tense scenes between Liam and Thomas were especially good.

The last Deconstructing B&B, speculated whether Thomas and Hope would tie the knot before the Baby Beth secret was revealed, and with Douglas (ahem) proposing to Hope and fast-tracking the possibility of a wedding, there’s a good chance the truth will come out as they’re about to say ‘I do’ or even afterward, with Hope realizing she’s married a monster. With Charlie on the case it can’t be long right? Of course, marrying a psychopath is no problem as Hope can get a handy-dandy Bold and Beautiful annulment and remarry Liam the following week. But wait, she’s told Liam he is spending the rest of his life with Steffy, particularly after he confessed they had sex (the powers that be love stirring the pot with a questionable interaction). Methinks Hope will want Liam back, as the mantra has been ‘if Beth was alive’ they would be a family (and Kelly could make-do with having her daddy part-time). I have to laugh or I’ll cry at this juncture as the scenes with Hope going on that Liam must live out his life with Steffy and the girls because he couldn’t possibly be a father to them while married to her are just so asinine. As when Bill went down the ‘Sky’ rabbit hole and obsessed over Steffy, it’s like the characters/show are a parody of themselves in some instances. Nevermind that Thomas’ sinister plot has neatly taken the focus off the real villains, or that Hope clearly needs therapy. Anyway, there will absolutely be huge drama when this all blows wide open, and we’ll eat it up, but could we not get there a little more realistically? Fans spoke out on Thomas’ latest manipulations:

So I just finished today's episode of #BoldandBeautiful So we are supposed to believe Douglas just magically came up with that ring and Thomas didn't know a thing about it? Stupid! Just stupid! pic.twitter.com/tg78jWBs3h

Going with the Flo

Ugh, Wyatt’s scenes with Sally this week foreshadowed just what a schmuck he’s going to look like when Flo’s way-worse-deception-than-Sally’s is revealed. Sally’s remark that everything was fine until Thomas returned also seemed like a sign to me that they’ll pin everything on him so that Flo can stay in town happily being a Logan and participating in love triangles after a brief period of shame. I see it happening, but don’t like it. I haven’t connected to the Flo character or to her and Wyatt as a couple, and it’s probably because I’m just not able to see her as a victim like the powers that be keep not-so-subtly implying.

More: Denise Richards’ assistant to appear on Bold and Beautiful

Deconstructing B&B: How Will the...

Deconstructing B&B: A Montage of...