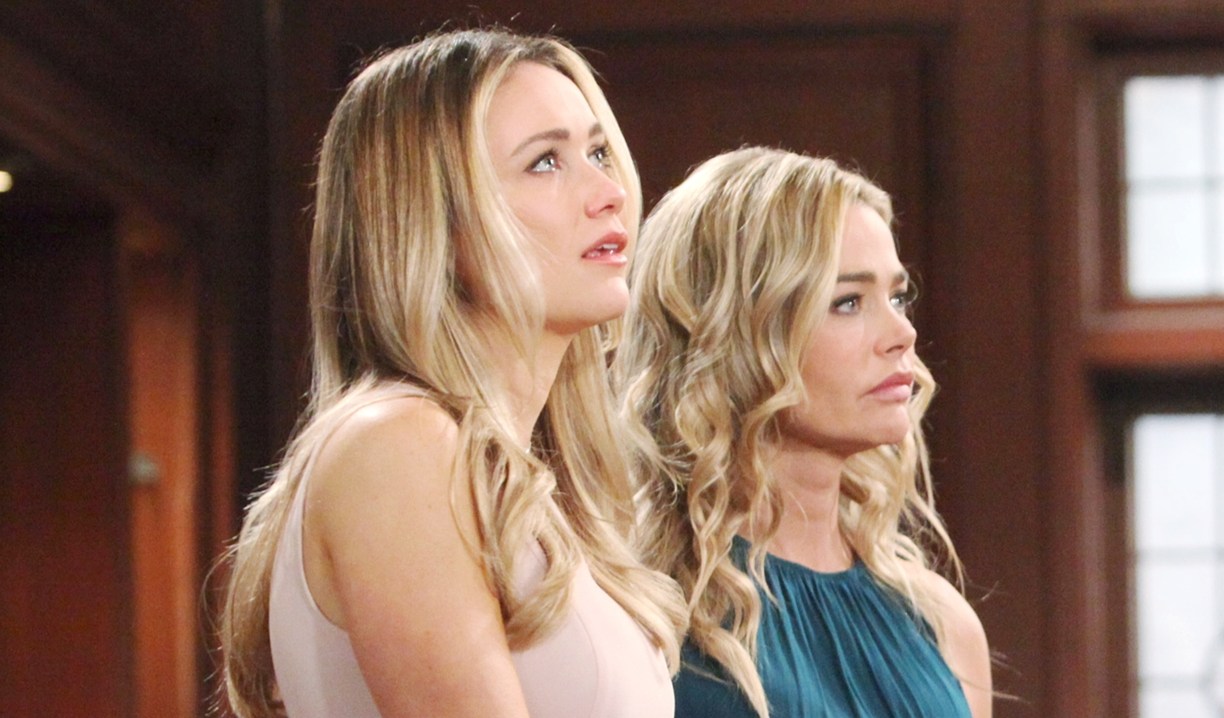 The Bold and the Beautiful has gone all in on giving Flo a family and a background story, and with so many scenes of Hope gushing about her while she struggles with her guilty conscience, it’s getting to be overkill. Though Friday’s episode was relatively dull, with everyone obsessing over whether Liam should go to Paris, it was a day off from Flo, who was only mentioned. Thoughts:

In the last Deconstructing B&B, Flo’s paternity created a perfect storm of drama, yet all we’ve sat through is another week’s worth of episodes of her agonizing over whether or not to tell Hope the truth about her baby while Hope sings her praises. While it’s understandable to stretch out the reveal, it’s translated to a bunch of filler concerning the thoughts and feelings of a character we barely know and who most don’t have a lot of sympathy for. Despite the subtle reframing of what happened as Flo ‘unknowingly’ getting sucked into Reese’s diabolical plot, the truth is she knew exactly what he had done and still went ahead and signed the adoption papers…and has kept it from Hope every day since. In any case, it feels a bit like Flo, and now Flo and Shauna, have become the focal point of the show. Not an unexpected or unusual occurrence for Bold and Beautiful, but still irksome. With Thomas thinking Flo’s name sounded familiar, that’s bound to be another eye-rolling connection, and with Bill making remarks about Shauna being hot, I expect she’ll make her way into the Bill and Katie storyline – either to reaffirm to Katie that she shouldn’t give Bill another shot, or to give her the push she needs to jump back in. Fans reacted to Flo’s storyline:

Oh poor Felony Flo! She WANTS to tell but they won’t let her! #BoldandBeautiful pic.twitter.com/wYv6jbms4g

That’s the truth , we hardly ever see Katie anymore . Stop with the Felony Flo show and every character propping her . Stop 🛑 #BoldandBeautiful

I’ve talked about the dumbed-down foreshadowing since Thomas returned and his remark to Ridge that he never really got past his feelings for Hope was the latest prime example. I expect that will be the tagline now as he makes a push to come between Hope and Liam so he and Douglas can be a family with her. Nevermind that it’s ridiculous given that he and Hope had a relatively brief (and ancient) history together, and that Thomas fell in love with both Caroline and Sally since then. It would make more sense for him to decide he wasn’t over Sally…