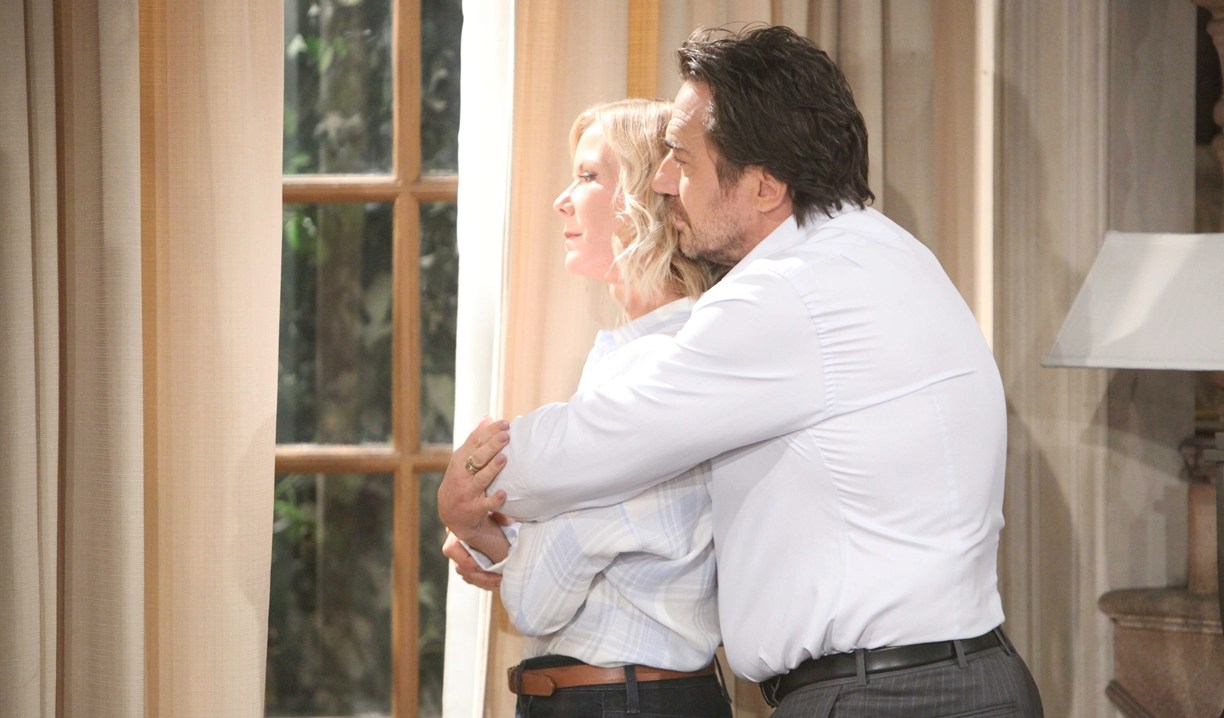 The Bold and the Beautiful featured a lot of characters this week, which I really enjoyed seeing, though I suspect we’re headed down the Flo and Shauna rabbit hole as the identity of Flo’s father becomes the flavor of the month storyline. Thoughts:

Who is the father?

In the last Deconstructing B&B, viewers’ curiosity was piqued about Flo’s father and with Denise Richards debuting as Flo’s mom, Shauna, this week it’s only a matter of time until we get our answer. Bold and Beautiful spoilers indicate that Shauna and Bill have crossed paths…could he be Flo’s father? I’m more inclined to believe Flo’s father will be a Forrester, Deacon Sharpe, or even the late Storm Logan (in a recent Soaps.com poll the majority believed Deacon would be the dad). That said, it would be intriguing if Bill was her father and Wyatt, as a result of pushing Florence to find her dad, ended up opening a can of worms that affects him as well. Moreover, if Bill was Flo’s dad and came to believe Phoebe was his granddaughter, Flo would pretty much have to come clean about Beth. Hmm. In related commentary, Quinn has taken a sudden, storyline-dictated dislike to Sally as she pushes for a Flo/Wyatt reunion that’s left some rolling their eyes:

That is Brad and company for ya. They are a subtle as a sledgehammer when it comes to where a storyline is headed.

The storyline with Will being exposed as Katie and Bill’s matchmaker was genuinely adorable – how can they resist getting back together now, right? I’m not minding the slow burn between Katie and Bill, or the comedic bits involving Will…I’m also not bowled over by any of it, so whatever will be, will be. The Donna and Justin interaction has left some wanting them to try again, however, I wanted to see her pursue Eric and clash with Quinn. It seemed that was the direction Brad Bell was going, with Pam leading the charge, but with Quinn now tied up in the Shauna/Flo storyline it’s either not happening or will have to wait.

The powers that be

Thomas and Douglas have been back all of a week and already they’re mired in repetitive dialogue and scenes not-so-subtly letting us know that we could be headed for a Hope and Thomas pairing. Though the connection between Hope and Douglas has been sweet, Brooke, Ridge, Liam, and Thomas have all had to participate in dumbed-down conversations surrounding Taylor’s idea for Thomas and Hope to get together. Brooke reacted as though Taylor has the power to speak it into being – she actually went to warn Liam. Too funny. I also had to laugh at Brooke ranting that Taylor expects everyone to fall in line with her way of thinking when she is the same way. Fans reacted:

I can’t believe I’m typing it but Thomas & Hope as a couple is growing on me! I think they’d be good together #BoldandBeautiful

Hope and Thomas have no chemistry what’s so ever . Not feeling it . #BoldandBeautiful