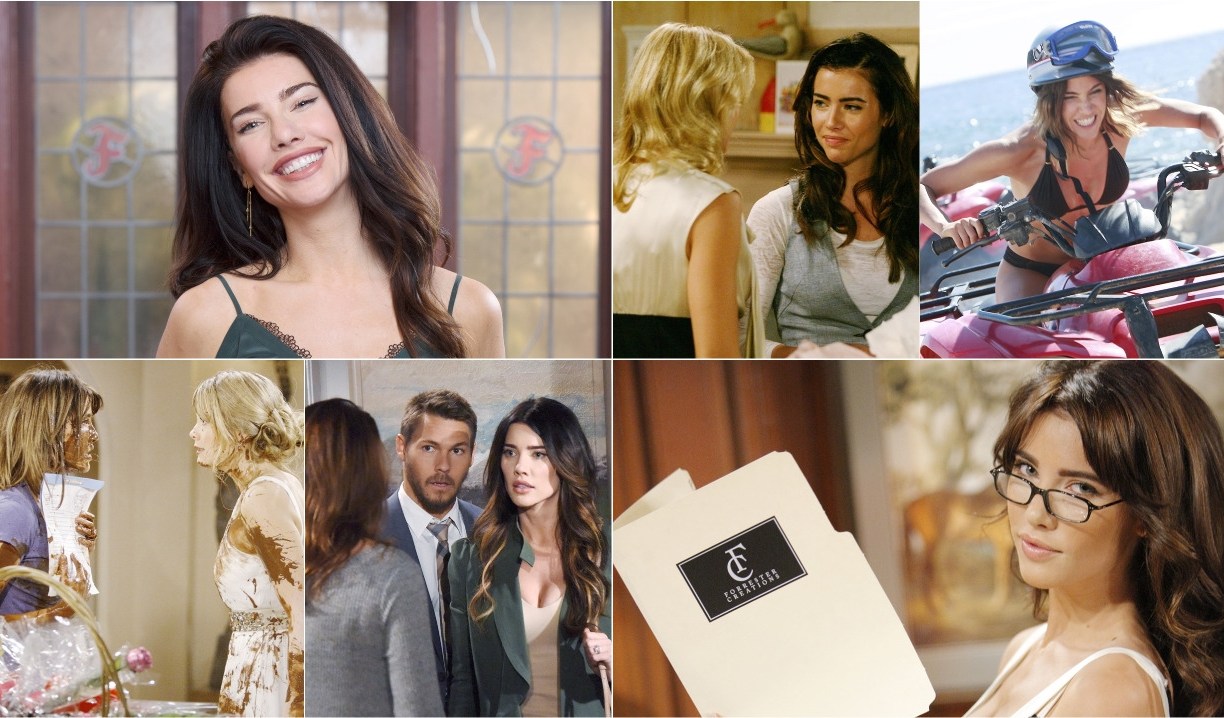 Steffy Forrester is off to Paris with her daughter, Kelly, and adoptive daughter, Phoebe, as The Bold and the Beautiful’s Jacqueline MacInnes Wood takes maternity leave. The excited Wood gave birth to her first child last week and Steffy’s departure will accommodate the actress’ time away. While we await her return, it’s the perfect time for a focused blog with some interesting bits Soaps.com viewers may not know or might have forgotten about Steffy Forrester over the years:

Steffy and her twin sister, Phoebe, were born after Taylor was stricken with Tuberculosis while pregnant.

Steffy has an unlucky history with water – she was once presumed dead in a shark attack after being washed off a boat, once hit her head and fell off a boat, nearly drowned in the bathtub, and fell off a cliff into the Adriatic Sea.

Steffy has lived in both London, England and Paris, France.

When Steffy was two years old, Morgan DeWitt dyed her hair red and passed her off as her daughter with Ridge.

Steffy and Phoebe went to a boarding school overseas. Phoebe returned, but Steffy stayed at the school for a time.

Steffy lost her fraternal twin, Phoebe, when she was killed in a car accident.

Steffy and her brother, Thomas, once tried to keep their parents’ plan to remarry on track by faking text messages from Brooke.

Before Liam came along, Steffy kissed both Owen Knight and Bill Spencer while they were married.

Steffy once made Hope’s clothing line sign ‘Hope for the Future’ read ‘Ho for the Future’. The rivals also had a catfight involving a chocolate fountain.

Steffy saved Amber Moore when Bill tried to kill her.

Steffy was thrown from an ATV and diagnosed with a life-threatening blood clot, but Bill faked the MRI to keep her and Liam together.

Steffy was once engaged to Rick Forrester, who is not technically related to her because her father, Ridge, is a Marone by blood.

Steffy took Liam partying the night before he was to marry Hope, who called it off when he showed up with dyed hair and a tattoo.

Steffy was sterile after undergoing a D&C following her motorcycle crash, but underwent a procedure to restore her fertility.

Steffy became the object of Aly’s unhinged ire for promoting bikini and lingerie lines. During a confrontation, Steffy swung a tire iron at Aly, who hit her head on a rock and died.

Steffy married Wyatt after Liam dumped her out-of-the-blue (he’d seen Wyatt comforting her in their bedroom), and then mysteriously disappeared after Quinn took him captive when he had amnesia.

Steffy once slapped Quinn so hard she fell to the ground.

Steffy was goaded by Sally into a public food fight at Il Giardino’s that went viral on the Internet.

Finally, check out this gallery of photos of Steffy through the years before you go. 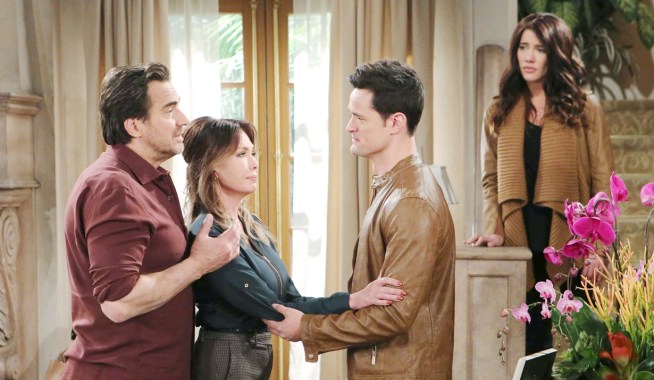 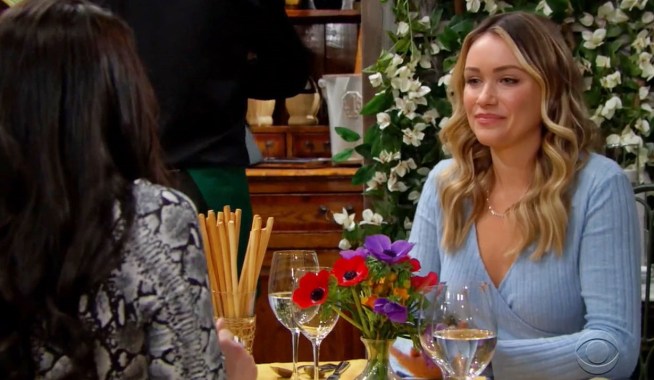