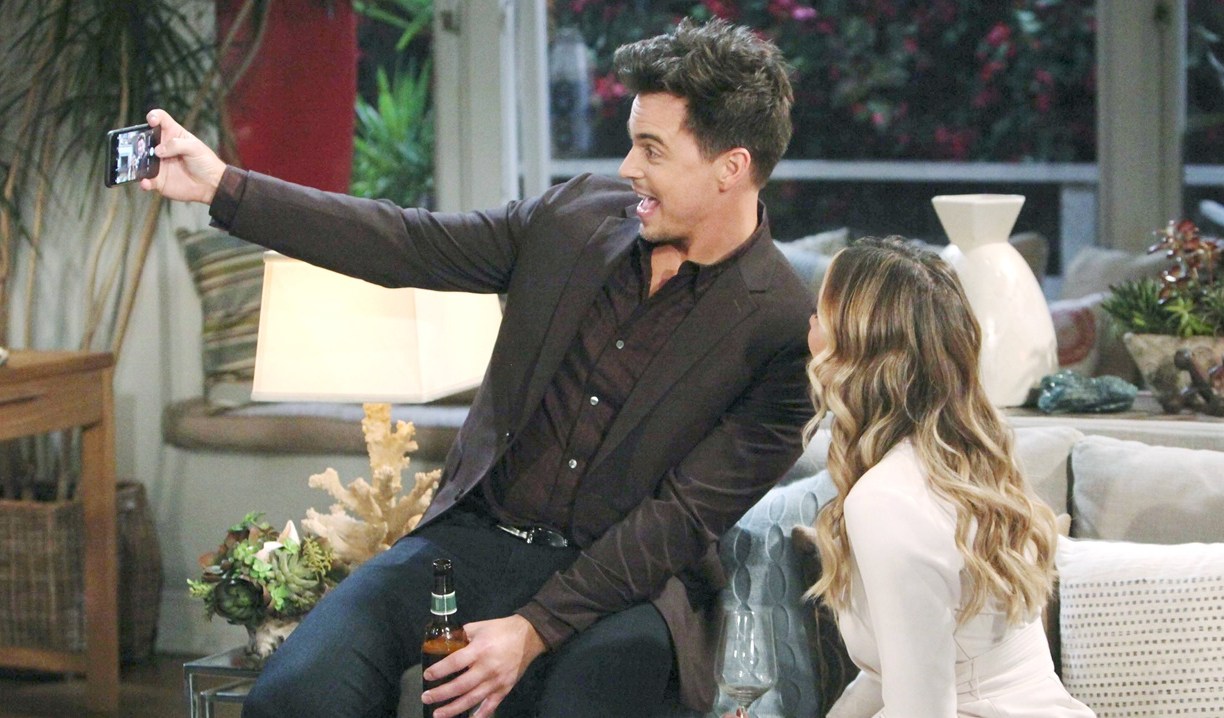 The Bold and the Beautiful this week mainly focused on weaving Flo into the lives of the characters surrounding the baby swap, which made the stakes even higher for her. Thoughts:

While Hope’s drumbeat quieted about reuniting Liam and Steffy, there were still a number of scenes devoted to the idea, with Steffy and Liam each getting questioned as to their true feelings on it, and Steffy even indulging in a bit of daydreaming about Liam. We know she still loves him, so that seemed legit, but having Wyatt ask his brother if he thought it might be a good idea to swap wives still felt bizarre to me.

A main course of awkward

In the last Deconstructing B&B, it was strange that Flo stayed in L.A. considering her criminal activity, but rather than come to her senses and get on down the road, she instead became even more entrenched – first by introducing herself to Hope. Later, Flo ran into her high school sweetheart, Wyatt. Zoe was apoplectic after she interrupted Flo’s near-confession to Hope at Bikini Bar, but I didn’t have much sympathy given she’s now part of the cover-up – not a good look. Anyway, before Flo’s shift even ended, she found herself face-to-face with none other than her past love, Wyatt. Not surprising at all considering L.A. is such a small town…eep. Flo wasted no time in reconnecting – her lips to Wyatt’s face, that is – and he, being the doofus he has the tendency to be, proceeded to invite her to dinner while neglecting to tell Sally they’d once been in love. That reveal was just one part of the awkwardness that ensued as several nuggets came to light after Hope and Liam rolled up to the party. Hope blurted that Flo was Phoebe’s birth mother, Wyatt realized Flo had lied to him, and Flo learned, to her horror, that Liam, one of the injured parties to her crime, was Wyatt’s brother. Like I said, small town. In any case, Wyatt was clearly gobsmacked by Flo’s presence, which made me feel bad about what may be coming for Sally. Fans reacted to the development:

Maybe it's too soon to say, but I'm not feeling Wyatt and Flo. There's no chemistry there. But I'll keep an open mind. #BoldandBeautiful pic.twitter.com/DRQNAkmkMi

That’s right Wyatt , flirt with Flo and encourage her to move to LA so that you can help her out , this is crappy for Sally 😡@BandB_CBS #BoldandBeautiful

Beauty and the bland

Despite her pre-occupation with her father’s crime and Flo, Zoe managed to squeeze in some sexy time with Xander. Any interest I manage to muster for this pairing is due to Zoe, as Xander continues to be rather unremarkable. I’m not sure Zoe can come out of the baby swap mess as a viable character, but if she does, or is redeemed, Brad Bell would be smart to pair her with someone else.