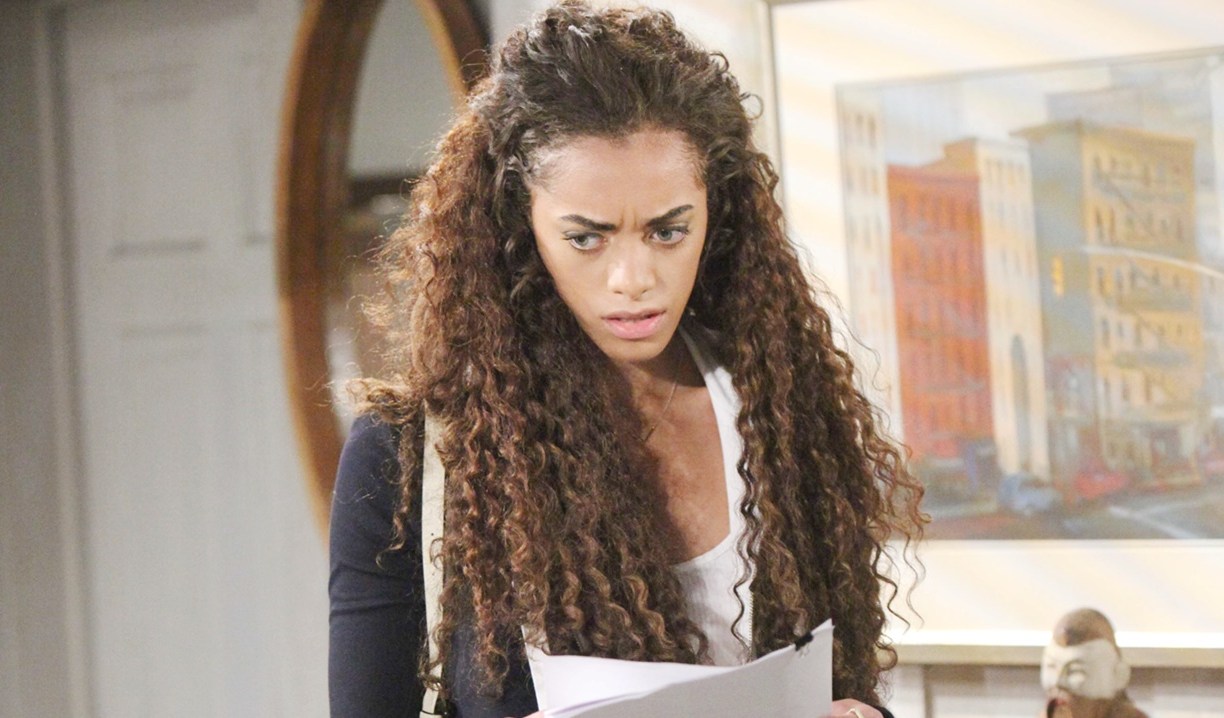 Despite the ongoing heartfelt performances surrounding Hope and Liam’s loss, it continues to feel like we’re filling in time until the truth can come out, especially since there is little else happening to share the focus. Thoughts:

In the last Deconstructing B&B, the adoption story needed more conflict, and although there have been a few offhand references to the timing being bad, everyone involved has remained on their best behavior. Perhaps that’s why I enjoyed the relative realism of Hope’s tentative return to work. Despite the good news that her line was being backed again by Ridge and Eric, she was obviously still on shaky ground. While trying to plow ahead with a press release, Hope broke down, and questioned her own strength. Later, in a foreshadowing segment, Hope told Liam, her mother and her aunts that the only time she felt any better, or felt hope, was while holding Phoebe. So this signals that she will begin getting attached and there will be concern on the part of others. It will be interesting to see if she’s encouraged to stay away for her own sake, or how far things will go before it’s revealed Phoebe is Beth.

Zoe is clearly going to be the person who discovers the truth about what her father’s done, as she now knows of Florence’s existence and is pressing for answers about ‘what was going on with her father’. Florence’s guilty conscience and fear of repercussions about what she’s gotten herself involved in will likely cause her to cave, if not completely, at least enough to provide clues that will lead Zoe to the truth. I wonder, though, what she’ll do with the truth, given that it would mean implicating her own father in a serious crime, not to mention that it’s unethical and immoral. This part of the storyline is working as I feel that urgency for her to uncover the truth and do something about it. I hope it doesn’t take too long! Some fans were cheering Zoe on:

😂😂😂😂😂 Zoe calls Flo "a person of interest." Get her Detective Zoe. #BoldAndBeautiful pic.twitter.com/7srFiPqFRO