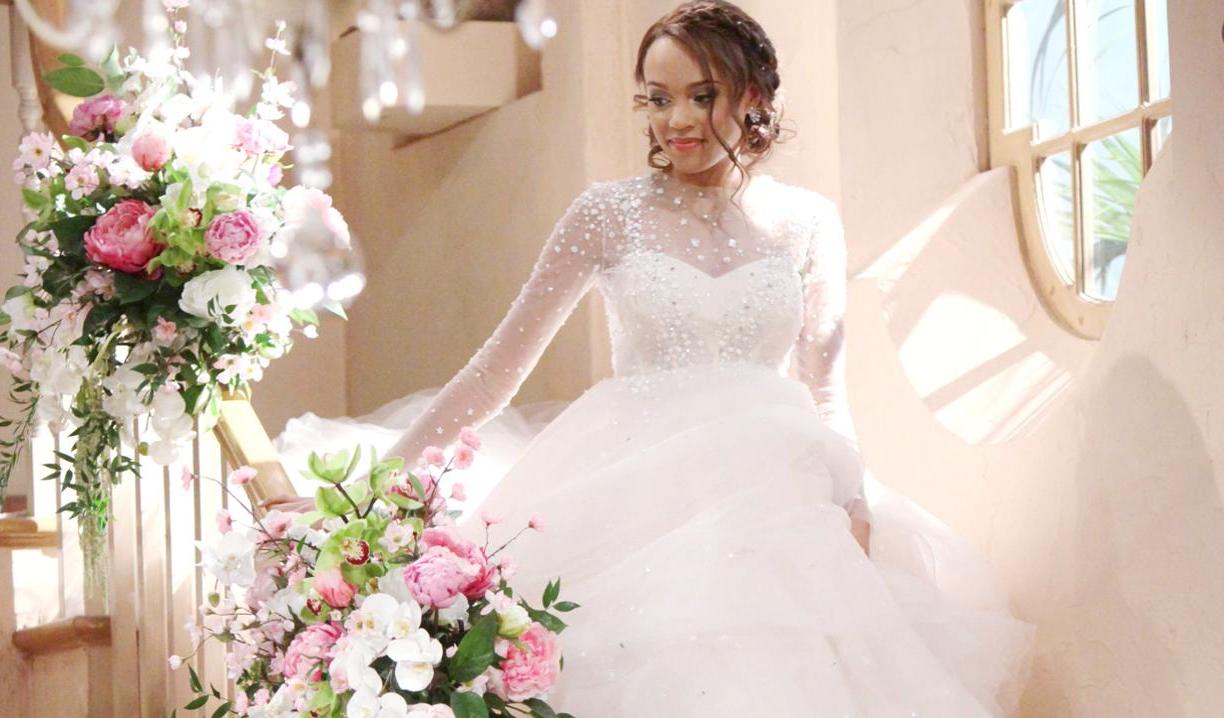 We were treated to a romantic wedding, which wasn’t without its quirky moments, and the flirtation between Thomas and Sally inched toward being more. Thoughts:

The wedding.
It was a very romantic and beautiful wedding for Nicole and Zende, with plenty of emotional moments – Julius in particular got me genuinely choked up – and Nicole looked elegant and absolutely gorgeous! That said, there were some odd things going on, and I don’t mean with the catering staff. The actual ceremony stretched out longer than it took Zende to propose and plan the entire deal. Family members spoke during and after the proceedings, and basically repeated the same sentiments, except for Tony, who bizarrely decided to deliver a PSA on HIV/AIDs in the middle of his son’s wedding. Nicole and Zende’s personal vows put a certain ‘spin’ on their actual history, and then there was Quinn obsessing over her portrait being swapped out, which just seemed ridiculous.

Having Quinn comment on the portrait so much just made her seem stupid…
The portrait stuff was fun at 1st, but damn…#BoldandBeautiful

The fun moments came courtesy of Sally and Shirley crashing the wedding, as Pam squared off with Shirley in the kitchen, Steffy confronted Sally and pushed her face into the cake, thereby getting her back for the incident at Il Giardino, and of course there was Thomas’ amusement upon discovering Sally wearing a wig and dressed as a caterer. Loved his line about ‘imitation is what the Spectras do best’. Hehe. In the last Deconstructing B&B, Thomas and Sally’s chemistry was in question, but this week they definitely grew on me. She looks at him like she could eat him for dessert, and he is equally captivated by her spirit. The only thing that irks me is they’re doing that “B&B” thing where they drop one storyline abruptly in favor of another – what about Caroline? One viewer noted that Thomas noticing Sally on the catering staff was a throwback to the way Brooke first caught Ridge’s attention so many years ago.

#Tally can tell their children Thomas couldn't take his eyes off Sally who was helping with the catering ?#BRIDGEINSPIRED #BoldandBeautiful pic.twitter.com/ER9tbdgbpe

Friday notes.
Zende and Nicole shared a sweet wedding night in his bedroom, but the declarations of love and looking forward to spending their lives together were getting repetitive. Downstairs, all hell broke loose after Ridge and Quinn gave in and kissed again following a great deal of verbal foreplay – and Ivy witnessed it! Quinn got her face slapped and this totally left us wondering where it all will go from here. Loved it!

Also filed under ‘repetitive’ was Bill’s umpteenth round of visiting Brooke on the sly to harp on about how Ridge is ‘destined’ to cheat on her. Ack. I feel like Bill should be more action, less talk at this point. 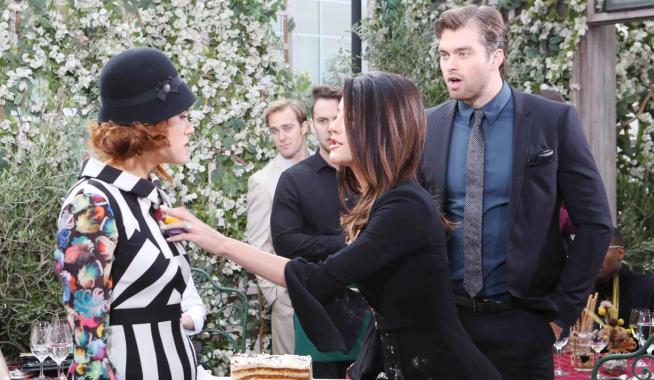 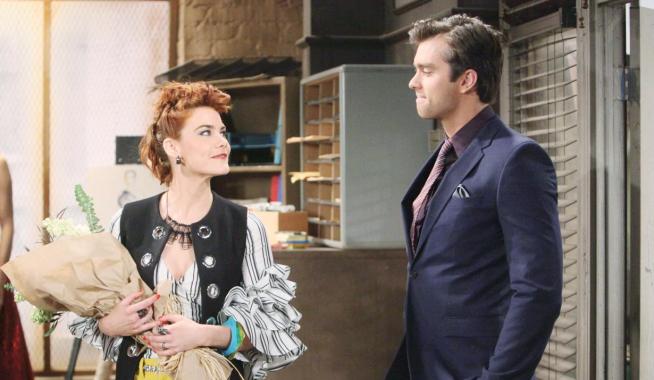