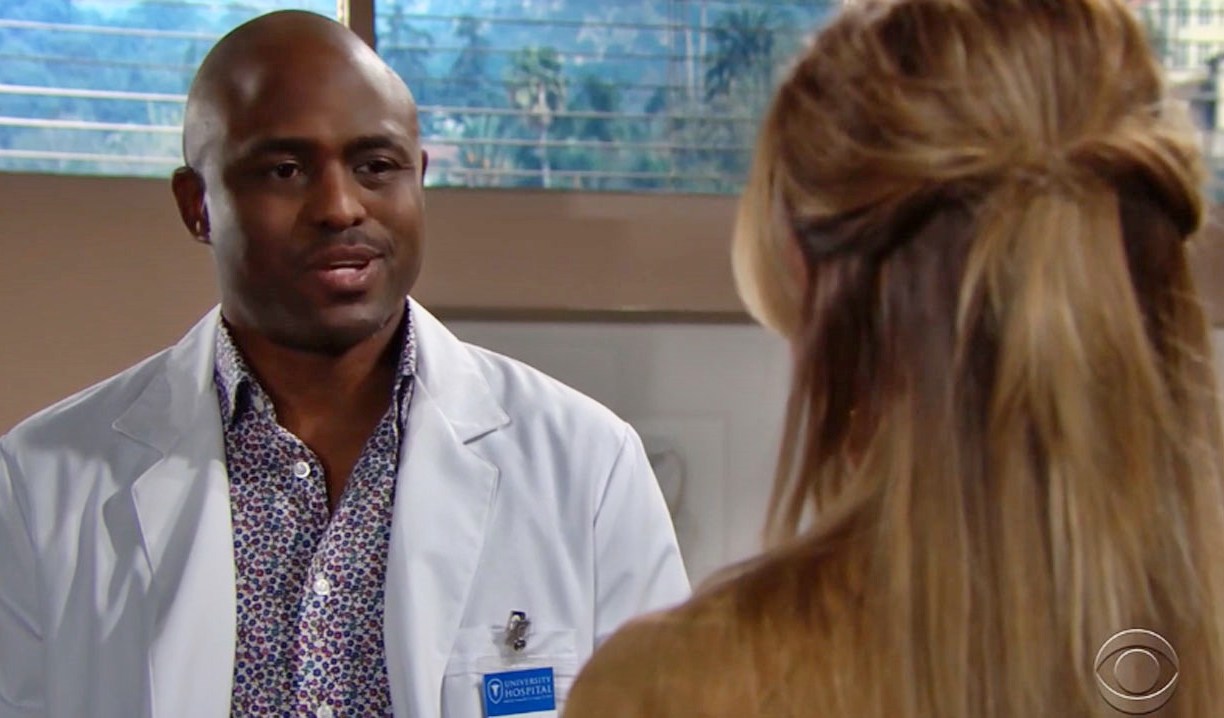 Aside from the bits with Wyatt and Sally, and Zoe and Reese (who is fixated on Taylor in a different way), it felt like another entire week devoted to repeating the conversations, arguments, and taglines surrounding whether or not Taylor is a danger to Kelly. I missed seeing Eric, Pam, Quinn, and Donna’s storyline. Thoughts:

In the last Deconstructing B&B, Taylor begging Brooke felt over-the-top, and while they’ve taken it down a notch, there was still a lot of pleading going on as Taylor and Steffy worked to convince Liam that Hope and Brooke were a threat to their family. Meanwhile, Brooke was a bit of a loose cannon herself, nearly spilling the secret to Katie and Donna, and telling all and sundry that Taylor shouldn’t be alone with Kelly. As I complained before, it’s like the characters go down a rabbit hole; literally every conversation turned to Taylor…even if it started out about baby names or something unrelated. Even Zoe and Xander, while reconnecting romantically, became focused on her father’s interest in Taylor. Don’t get me wrong, I love having Taylor back, and admire the way Bell manages to set up characters for conflict by having them align on one side or the other of an issue, but watching repetitive conversations about the same thing day after day begins to get boring and feels like banging your head against a brick wall.

Zoe and Xander have grown on me now that they’ve dialed down her ‘crazy’ and Emma’s no longer hanging on the sidelines making faces – I can feel/see their connection. Admittedly, I still don’t find Xander all that interesting, but that can change, and I am drawn in by his tenderness toward Zoe. As for Reese, with the bits we’ve learned about his ‘tendencies’, it’s easy to see Zoe’s right about him latching on to Taylor, yet he oozes enough suave charm that she’s not been too taken aback by his forwardness (though it was surprising he went in for a kiss already…and at the hospital no less). He seems to be pushing for Taylor to reopen her practice, maybe so she can get back to making the big bucks – too funny. I am looking forward to learning more about his shady side, as I’m curious as to where all his money is going, given that he’s a doctor, and figuring out how he’ll play into the drama with Taylor. Fans speculated about Dr. Buckingham:

Having been a fan of Wyatt with Katie, I started out hoping his relationship with Sally would prove to be temporary, but they’ve grown on me. They’re quirky and cute together, and he’s adorable in how supportive he is of her, which resonates as I find myself cheering her on as well. So having them say ‘I love you’ to one another was a feel good moment for me.