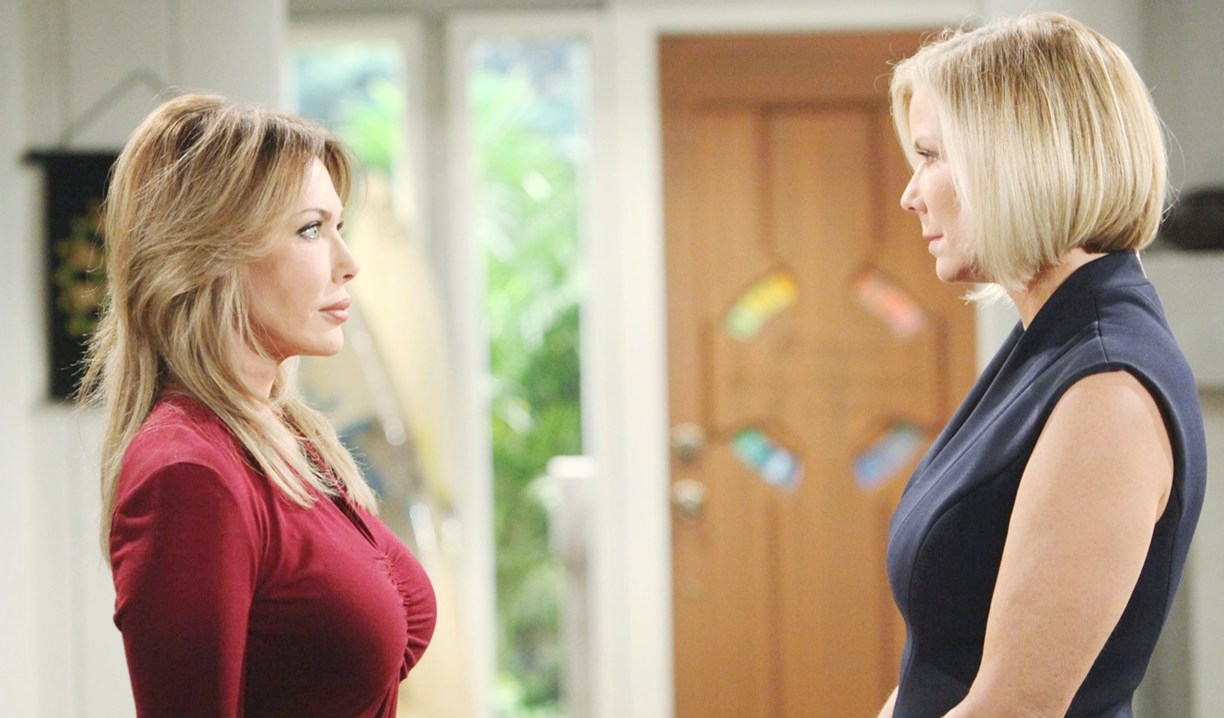 I love having Taylor back and sharing scenes with all the usual suspects; it’s a treat despite some of the wackier moments, and her vibe with the dashing Dr. Buckingham works as well. I do, however, tend to get irritated when Brad Bell has all the characters go down a rabbit hole where they only focus on and discuss one thing – currently Taylor’s instability – and it’s likely only going to get worse. I’m still loving the Pam, Donna, Quinn dynamic and hope to see more of that developing. Thoughts:

In the last Deconstructing B&B, Taylor’s instability was the focus and that continued as the news that she was Bill’s shooter made the rounds. Brooke, who maintains that Taylor could prove dangerous again should she ‘snap’, didn’t seem too afraid as she made a beeline over to Steffy’s place to confront her nemesis. Taylor, who is all over the place emotionally, ended up begging at Brooke’s feet for her former rival not to turn her in. This was pretty dramatic and a little bit over-the-top for me, but obviously Bell wanted to stir things up. Fans reacted to the scene:

I love Taylor begging Brooke not to say anything!! 👏👏😂😂❤️❤️#BoldandBeautiful@Michaelminnis2

Taylor was on her knees begging Brooke? Shameful! #BoldandBeautiful

As mentioned last week, the secondary plot point at play is the debate about whether or not Taylor should be left alone with Kelly…and everyone seems to have an opinion on it, whether it’s their business or not. Setting up future conflict, Brooke urged Bill to protect Kelly from Taylor at the very moment Ridge was across town promising Taylor the opposite – that no one would keep her from her granddaughter. Clash of the grandpas! Of course, this controversy is bound to cause issues among Liam, Hope, and Steffy too if they are on different sides.

So far, Pam’s machinations aren’t doing much to get Quinn out of Eric’s life, though she is managing to irritate her to no end. It was funny to watch old dog Eric admiring Donna in the gown, then advising Quinn they should be thankful to her for stepping in to help. Quinn was just grinding her teeth in annoyance! I’m hoping Pam will get even more devious; this could really be a lot of fun.