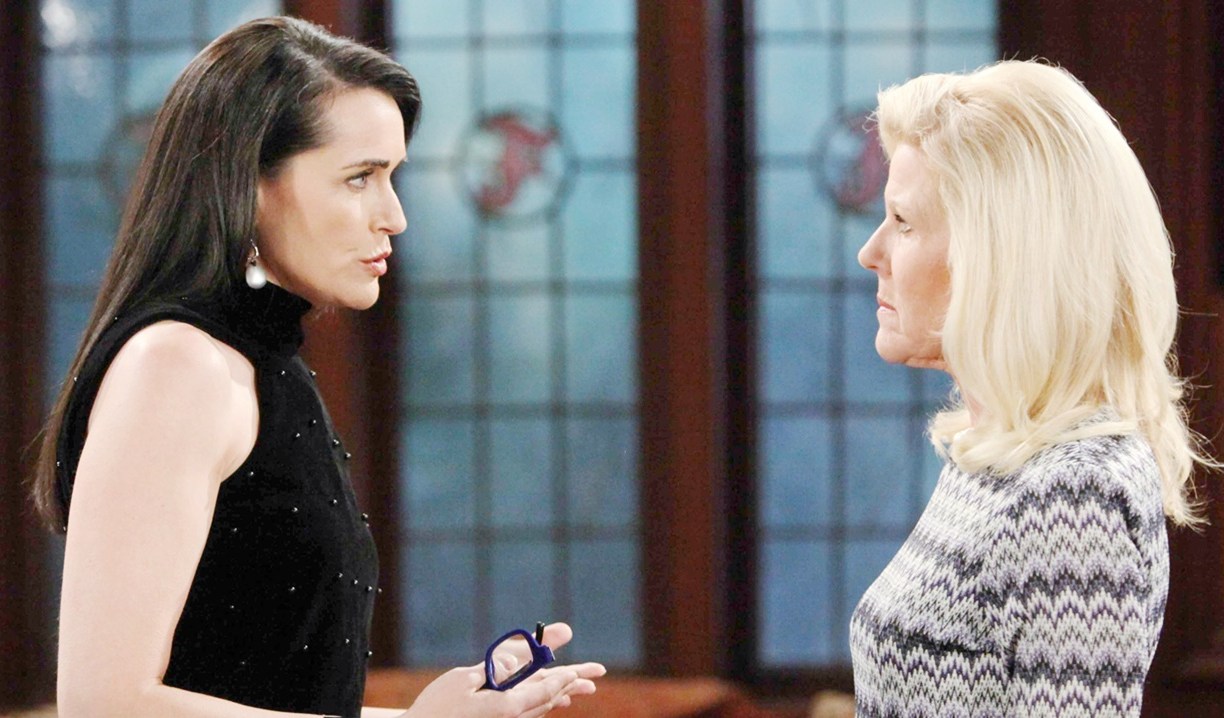 Aside from Quinn’s ominous threat to Pam, which left me eagerly anticipating further clashes after the holiday, it was a fairly tame week what with Bill reiterating his best intentions for the future, Ridge and Brooke repeating their opinions on Bill, and Steffy and Hope making nice despite Steffy’s admission that she was still mourning. The Forrester Thanksgiving is always heartwarming, and often amusing, as differences are set aside to honor the tradition of saying something nice to the person beside you. Thoughts:

In the last Deconstructing B&B, the Ridge, Brooke, Bill triangle was hard to watch for Lori, who filled in writing the blog, and this week, I had to agree in that it’s becoming a bit ‘been there, done that’ as far as the dialogue is concerned. The new twist is that Bill’s a better man, but as Ridge observed, it may just be a new tactic to get what he wants…in this case, Brooke. There’s little doubt in my mind Bill will get it done, though it may take time – as Liam pointed out, he’s playing a long game. The element of predictability in this is what feels tiresome, a familiar complaint of B&B viewers. I guess we will have to wait and see if there will be unexpected outcomes or twists as the triangle moves forward. In Soaps.com’s poll on what our readers would like to see for Bill, the majority thought he should be reformed by a new woman. This surprised me – the ‘reformed’ part more than the ‘new woman’.

Oh, I had to laugh when Pam convinced Eric to rehire Donna at Forrester Creations in hopes of sticking it to Quinn. Their animosity hit new heights as Quinn threatened to crack Pam’s skull like an egg after Pam decided her late sister Stephanie had sent Donna back for Eric. The idea that Stephanie would want Eric with Donna was a strange one, though perhaps she’d be considered the lesser of two evils, or at least the devil they know. On the whole, I’m enjoying the entertainment value with Pam, Quinn, and Donna, and look forward to more escalation in the scheming after the holiday. Fans reacted to Quinn threatening Pam with definite anticipation:

#BoldAndBeautiful Pam should be afraid of Quinn. I would be!

Quinn don't go doing anything stupid now you know dang well if you do something to Pam your not going to have Eric much longer so you need to think before you do anything!! 😠 #BoldandBeautiful

Omg, did you'll hear that when Quinn spoke to Pam..sounded like thunder. #BoldandBeautiful

With Steffy and Hope reconnecting prior to the dinner, and the tradition being to say something nice at the Forrester table, there wasn’t much hope for a dust-up, but Pam did manage to get a couple digs in on Quinn, who was on her best behavior. Too funny. The foreshadowing of Steffy still not being over Liam seemed even more likely to rear its head in the near future as Steffy, Liam, and Hope continued their ‘love-in’ at Thanksgiving dinner. Anyone who watches soaps knows that this level of bliss is a sure sign that things are going to blow up. That said, even though I happen to find Liam more interesting when paired with Steffy, I’m not up for him doing another switcheroo anytime soon, as that triangle was done to death, and it would be ridiculous at this point.

Happy Thanksgiving to our US readers! The blog represents my opinion. Feel free to share your thoughts using the comment section. 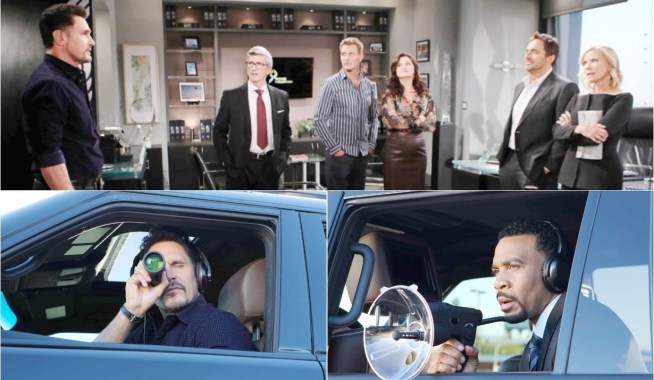 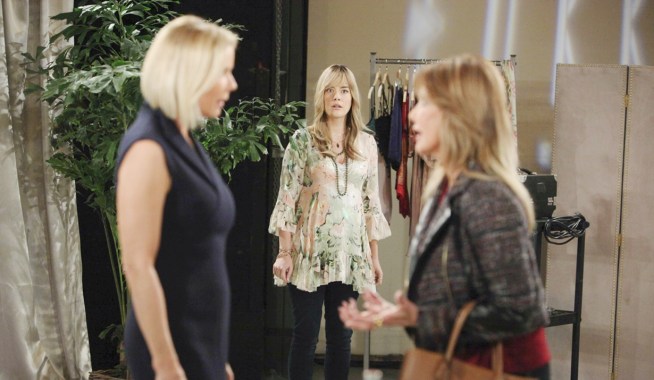