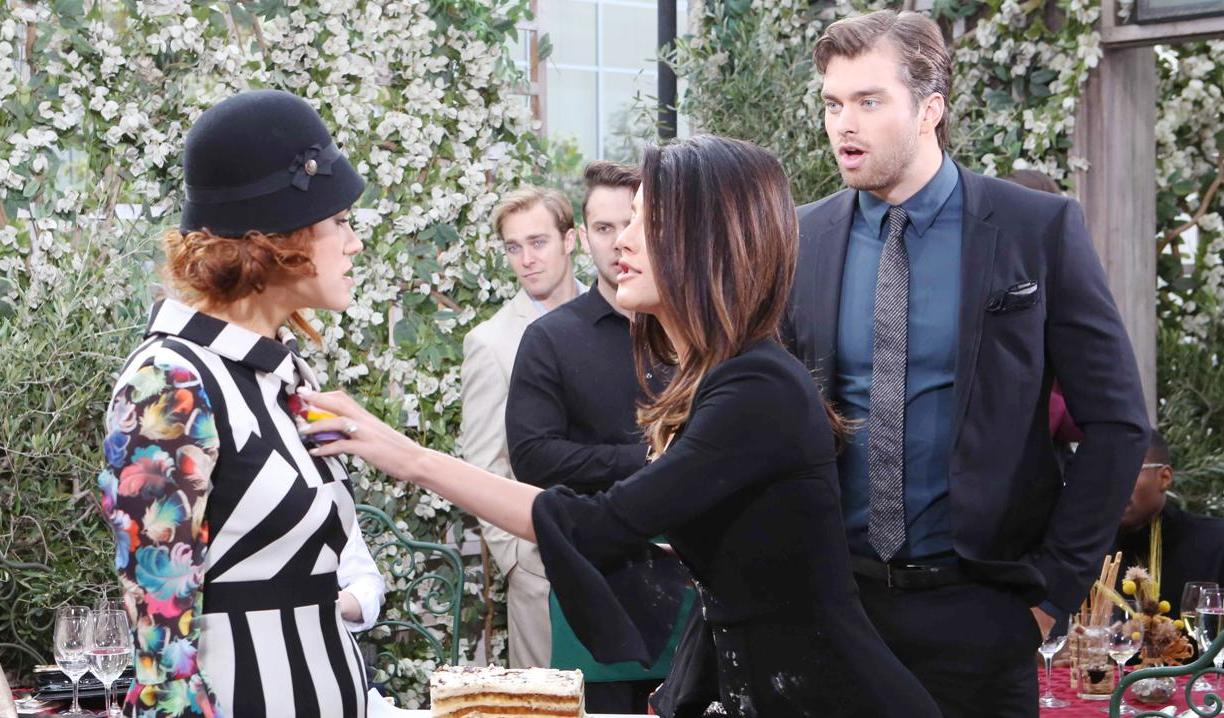 Brooke made some trouble, and Zende finally got through to Nicole, but most of the week was devoted to re-establishing the rivalry between Spectra and Forrester, and in particular, the new generation ‘Sally’ and ‘Stephanie’. Thoughts:

Buying time.
As predicted in the last Deconstructing B&B, Ridge fobbed Brooke off with a phony secret; he and Quinn were designing a wedding gown and jewelry together for Brooke…okay. Brooke bought it, and the suspicion surrounding Ridge and Quinn’s new ‘connection’ died down somewhat. Bill’s unyielding certainty that Ridge would screw Brooke over ‘like he always does’, on the other hand, showed no signs of abating. With Quinn struggling with doubt about her ability to hold her marriage together, ‘the secret’ is on shaky ground, and there is little doubt how Brooke will react to the news that she and Ridge kissed…hello, Bill.

The watcher.
Brooke took time out from her love triangle to grill Katie on her possible feelings for Eric, and then high-tailed it over to the mansion. On what planet would she think it was a good idea to stir this kind of stuff up? She gave Eric the old ‘wink, wink, nudge, nudge’ Katie has a crush on you routine, and then ran smack into Crazy Quinn, who had overheard the entire thing. Is she trying to get her sister killed? Ack! Viewers weighed in:

Crazy have been poked! #BoldandBeautiful

@BandB_CBS uhh Brooke… what happen to your Smile… Quinn wiped that smile right off your face didn't she?! HahaLOL!! #BoldandBeautiful

Food fight!
Much of the week surrounded Steffy trying to quell Thomas’ hurt feelings about not being CEO, Sally’s determination to hobble together a semblance of the old Spectra Fashions, and the establishment of the new rivalry between Sally and ‘Queen’ Steffy. It was kind of fun, especially with Thomas’ amused reactions to Sally’s antics. I’m still on the fence as to how much chemistry there is between Thomas and Sally, but there is definitely potential, depending how they play it!

Friday notes.
Well, the Spectra gang was starting to feel a little over-the-top and ‘camp’ at times, but I enjoy the contrast with the Forresters, and yes…the Thomas/Sally kiss was kinda’ hot! Looking forward to Liam and Steffy’s wedding in Australia…there is always drama and romance on location. Last but not least…how about Zende’s swoon-worthy proposal? The period costumes looked amazing, and it was truly a ‘feelgood’ moment when Nicole finally said ‘yes’. The only concern is the ‘rushed’ feeling of it all…are they marrying these two off in order to backburner them in favor of the Spectra gang? 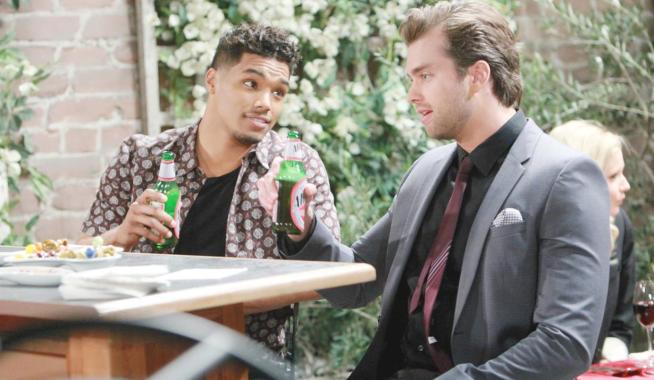 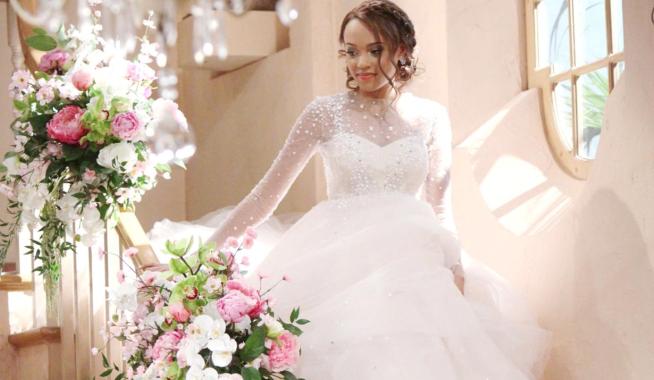