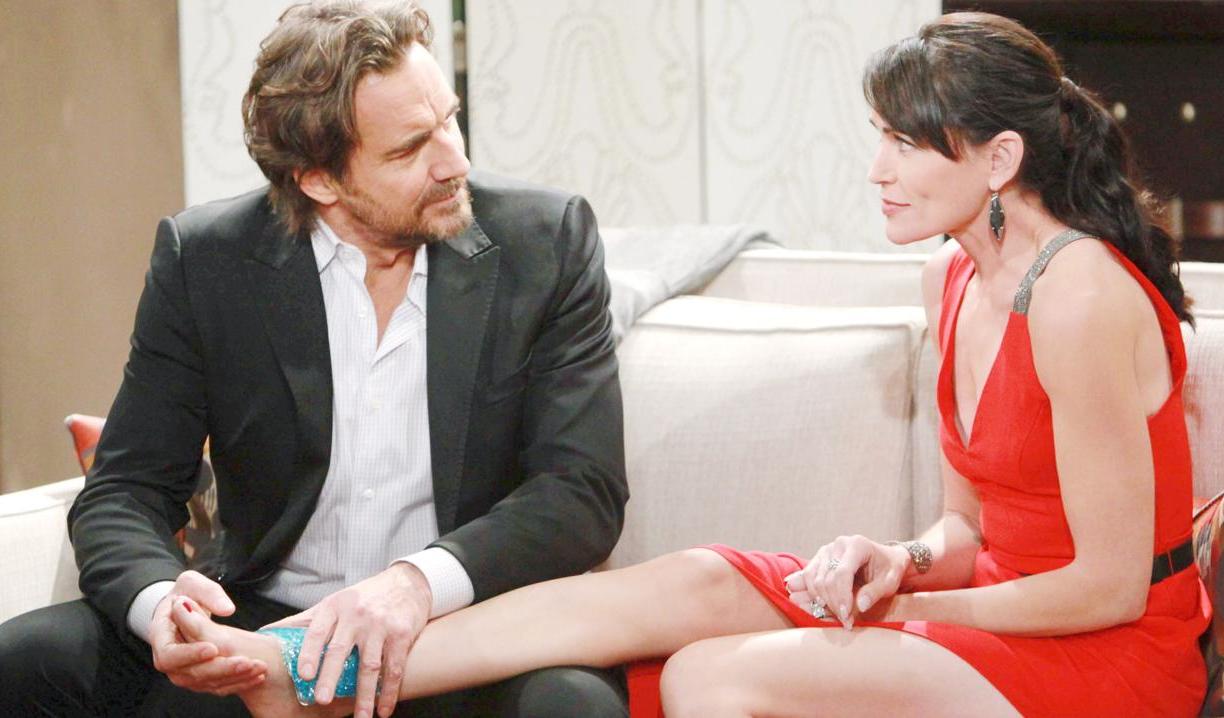 As another week passes of recycled storylines playing out, frustrations mount with the show. It’s understandable for the writers to want to stick with formulas that always get fans taking sides and embroiled in debate, but there has to be some sort of fresh angle or at least different characters involved. Also, while it’s amusing to hear a character foreshadow what’s going to happen, such as Bill announcing to Brooke, “Ridge will stray; he always does,” it also lends a certain predictability to the storylines. That said, I am enjoying the dark twistiness of the Ridge/Quinn flirtation. Although it’s also been done before, the actors’ chemistry makes it riveting to watch. Thoughts:

Outwit, outplay, outlast.
As noted in last week’s Deconstructing “B&B,” the Ridge and Quinn twist is intriguing, perhaps because there are so many possible outcomes. It’s fun to watch these two strong characters try to manipulate one another. Since the shower encounter, Ridge has become pre-occupied with Quinn to the point of brushing off Brooke’s request to set a wedding date. He has fixated on the fact that Quinn stood there, naked, giving as good as she got, which makes us wonder if deep down he is turned on by it. Similarly, Quinn seems intrigued at Ridge paying her attention, and knowing her as we do, this has us wondering if Ridge will prove irresistable to her…even at the risk of losing Eric. It’s a fascinating entanglement, and with comic relief thrown in courtesy of their one-liners, and Liam being in on it with Ridge, it’s definitely the most compelling offering on “B&B” right now. Fans on Twitter had a variety of opinions:

@BandB_CBS this is going to to backfire so quick.. Ridge is going to steal his father’s wife, AGAIN!!

@BandB_CBS Watch it Ridge you’ll out do yourself out of Brook &end up with Quinn then you have to Love the one you hate playing with #?? ?

Planting seeds.
Over at Brooke’s, Bill was predicting the future, probably fairly accurately. He and Brooke will no doubt end up back together when Ridge’s plot involving Quinn somehow implodes. While it’s less exciting to feel you know what will happen, if Brooke gets well and truly pissed off at Ridge and drops the ‘doing what’s right for the children’ dullness it could be fun again.

Shambles.
While it is questionable for Liam to be busting into Eric’s house or Steffy’s meetings calling people out, there’s truth in what he’s had to say. Quinn held him hostage in a cabin for months, and tried to kill him, and Deacon, among a list of other diabolical actions. Eric looks like a dope, or a dupe, for trying to minimize these facts because he married her. Worse, he is now manipulating like Quinn to get her son what he wants – Steffy back. If you can explain to me why any of them would want a woman who loves someone else for Quinn’s golden boy, then maybe this would seem less ridiculous. I’m just ‘triangled out’ with the Spencer brothers and dread the endless scenes of Wyatt breathing down Steffy’s neck, going on about their promises at every opportunity in the office. That brings us to Steffy. The writers also have her acting brainwashed to enable this plot. In the space of a month she has gone from loathing Quinn to feeling grateful to her, but when it suits the scene, she still hates her. Bleh. Also, we’re to believe Steffy is concerned enough about ‘standards’ to move out on Liam, yet she didn’t do anything about Wyatt posting a sexy video of her without her permission – she’s the CEO, not the Face of Forrester or a bikini model. At least she called Eric out on how wildly hypocritical it was of him to judge her personal life – every CEO that company’s ever had has had affairs etc., including him. Likewise, if ‘standards’ are truly the concern, why isn’t Eric upset about his CEO being portrayed as a sexpot on social media instead of with the dignity appropriate to the position? None of it makes any sense; it’s a plot-driven headache. 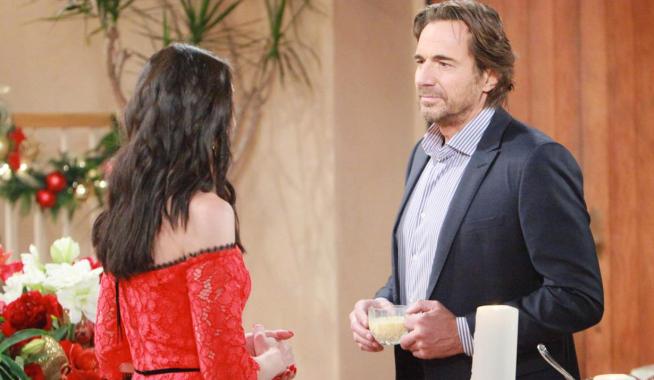 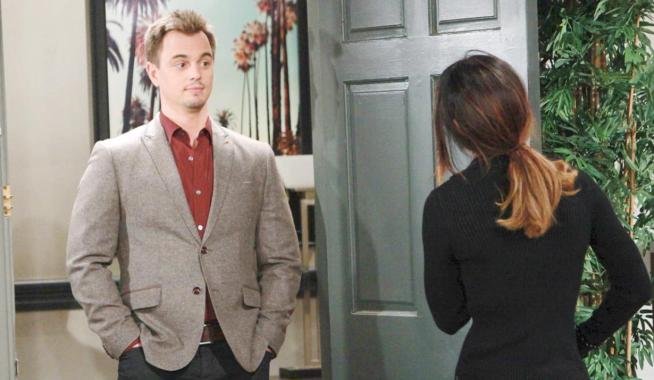