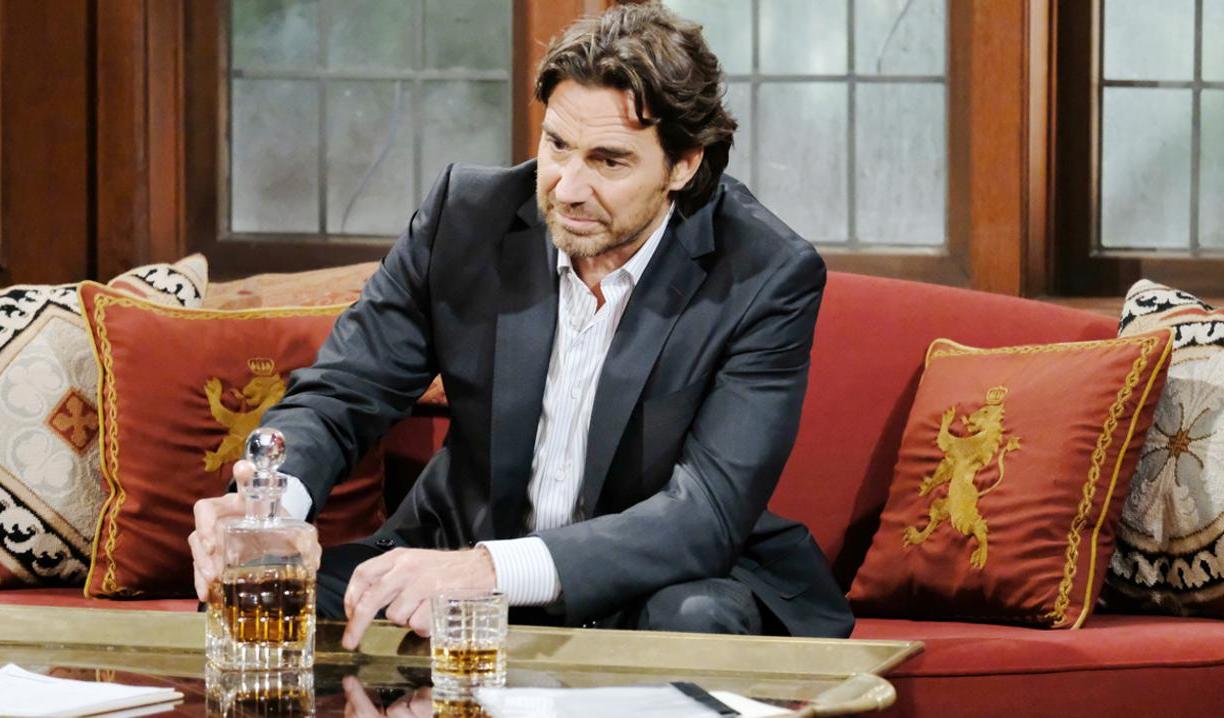 There was lots of big drama on “B&B” this week, though by Thursday it was really obvious that they would be dragging out the Bill and Brooke wedding proceedings to the maximum, as conversations got repetitive. Ridge went on and on forever in that bedroom trying to get Brooke to change her mind, hehe. Thoughts:

Taking over…or not.
The week kicked off with the huge confrontation at Forrester Creations between Quinn and Wyatt, and the Forresters and Brooke. I thoroughly enjoyed the drama of it, and was particularly delighted by the snarkiness coming from the likes of Rick. Soapy goodness! The most entertaining aspect, however, was that Quinn and Wyatt busted in there and fired Ridge and Steffy, but then it was like that never happened. Ridge was still ensconced in the CEO’s office for days afterward, arguing with RJ and agonizing over Brooke marrying Bill. This is so typical of “B&B,” that you just have to laugh. Even though Quinn declared herself as acting CEO and cleaned house, it’s just ignored while the issue of whether Brooke will marry Bill and get the shares is sorted out. Ha!

Gearing up for the big day.
The last Deconstructing “B&B” talked about Bill and Brooke’s hotly anticipated wedding, and preparations finally got underway, with Bill being a veritable ray of sunshine. There’s nothing quite like Dollar Bill in love and getting his own way to brighten up his day, hehe. Wyatt agreed to stand up for him, and Liam wasn’t involved for some reason, which was a little odd. There was also no sign of Wyatt informing Bill that he was abandoning his executive position at Spencer Publications to oversee things at Forrester Creations for Quinn…details, folks! Anyway, Alison and Justin also spruced up the proceedings – it really enhanced the scenes to have their personalities in the mix. Donna was also there with Brooke, and Justin flirted with his ex at the first opportunity. Hmm.

Ranty RJ.
Even though he probably can’t remember the last time his parents were together, and insisted he’s ‘not that kid who needs his parents together’, RJ pressurized Ridge to stop Brooke’s wedding to Bill until his head nearly popped off. After Ridge ran off to do his son’s bidding, RJ bragged to Rick about getting through to his father. So RJ served his purpose (presumably this is why he was brought back) but his repetitive wheedling was wearing pretty thin by this point. Bleh.

Bedroom showdown.
While Donna ran interference, Ridge drug Brooke through an emotional wringer upstairs at Bill’s. Or did he, because she seemed alternately flattered and exasperated, but never really swayed by his pitch. In any case, Bill soon appeared in the doorway for big confrontation number two of the week. Delish! As the drama unfolded, fans weighed in:

I would have preferred Ridge interrupted the ceremony. More fun that way. #BoldandBeautiful

@BandB_CBS Bill throw Ridge put of your house and marry Brooke !!tired of this nonsense! #BoldandBeautiful

It was a little unexpected for Bill to turn on Brooke, but then again, his pride was hurt when he thought she might only be marrying him for the shares. By the end of Friday’s episode, she seemed to have him convinced to go through with the wedding after ordering Ridge to leave, but, Bill still looked a little leery! Gah!

No pressure.
In other storyline news, I just don’t get Nicole. First of all, who would leave that yummy Zende in the lurch to run off and ‘catch up’ with their sister? Be fashionably late, reschedule, whatever! Nonetheless, that is what she did, and as Zende hung out with his ex, newly single Sasha, Nicole was over at Maya’s waffling away about being a surrogate again. I always laugh when she says Maya’s not pressuring her and then Maya proceeds to lay it on real thick! In any case, once again, I didn’t get Nicole’s choice. These babies seem to be more important to her than her own life, which could signal big trouble down the road. Or, perhaps Nicole’s so weepy and emotional because she’s already pregnant with Zende’s baby…but they’ll think it’s Rick and Maya’s and…oh my.