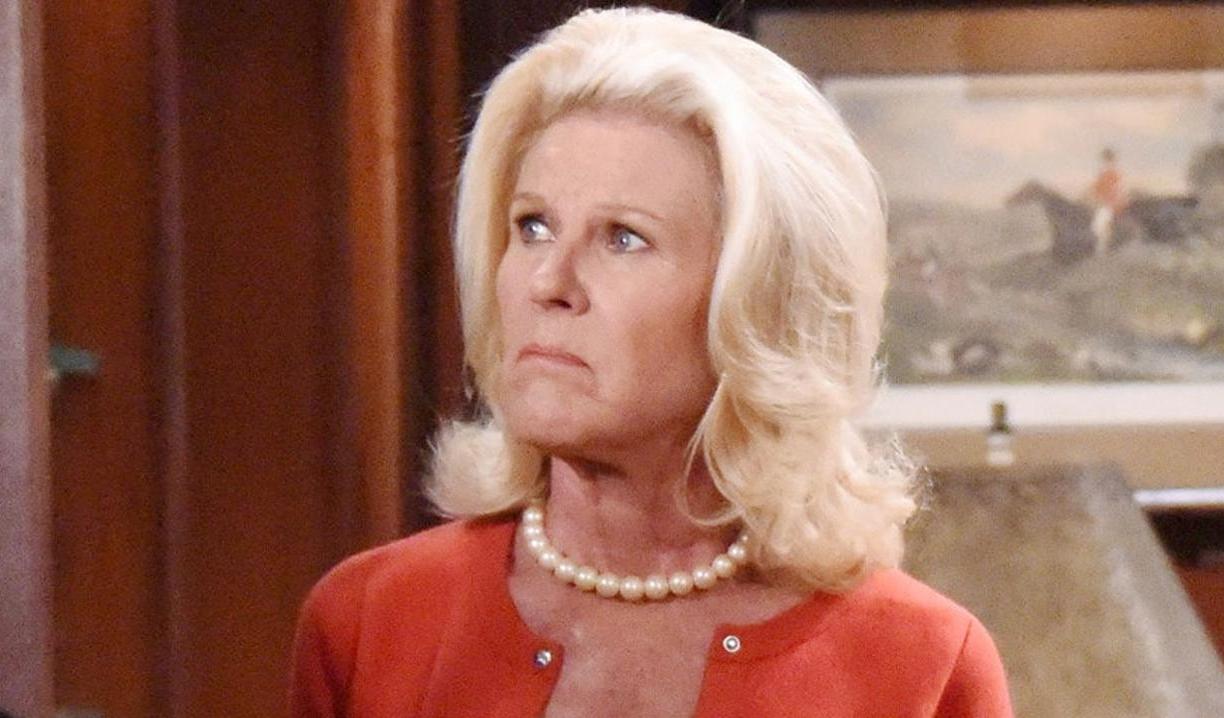 Thankfully there was a fair bit of comic relief this week because the same themes continued to be played out and there was a lot of desperation in the air. Hoping for a little less talk, and a lot more action in the weeks ahead. Thoughts:

My ring! My man!
The week kicked off with Brooke bedding her stallion in nothing but her sword ring. I don’t know what you do with all that at this point other than laugh and be entertained. Brooke then hightailed it back to Forrester, where she and Ridge shared the good news of their plan to get rid of Quinn using Bill’s shares. I was surprised Rick didn’t argue that Brooke should sell them to him! Anyway, that was the start of the ‘Quinn won’t be around for long’ tagline that went into heavy usage around the offices – so funny, so “B&B.” By week’s end, the specter of a Bill, Brooke, and Ridge triangle was rearing its head as it suddenly dawned on Ridge that Brooke was actually going to marry someone else – his arch-nemesis, Bill, no less. In true alpha-male form he couldn’t resist muddying the waters by using the ol’ magic words on Brooke, “You’ll always be my Logan.” Ack!

The lemon bar incident.
Oh wow, how funny was Quinn suggesting they get rid of Pam’s lemon bars? I wouldn’t be surprised if Pam hung up a dartboard with Quinn’s face on it at home. If Pam reverts back to her old ways and goes after Quinn, well, Quinn will have met her match. Remember Donna, the honey, and the bear?

Quinn is now marked for death. Having Pam's lemon bars banned is asking for trouble ?? #BoldandBeautiful

Working it.
I don’t know what Quinn was thinking trying to make Ivy into a Steffy clone, it was kind of funny and sad at the same time. Ivy doesn’t give off the same vibe as Steffy and is clearly better off being herself. Either way, Liam isn’t in a place where he’s likely to be distracted away from Steffy, and Quinn might be surprised to learn that not only will her plan fail, it might totally backfire if Steffy gets jealous of Ivy paying attention to Liam and decides she wants him back!

Whiny Wyatt.
I just can’t with Wyatt’s endless whining about his marriage and getting Steffy ‘home where she belongs’. He’s now in the running with Bill for hypocrite of the year after ranting to Thomas about how there are millions of women in L.A., so why can’t Liam find one of his own? Hello! Wyatt has glommed onto every single one of Liam’s exes! Argh! Anyway, I’d have new respect for Wyatt if he would just put his cards on the table with his wife and demand that she make a decision one way or the other. But he won’t…he’s just desperate to hang onto her.

Friday notes.
Everything was pretty much rehashed conversations except Eric’s martini session with Stephanie’s portrait (loved the flashbacks) and his impulsive solution to his problems – to propose to Quinn! Quinn’s whoop of a response was awesome and I was just waiting for Stephanie’s portrait to leap off the wall and bring itself down on Eric’s head. Haha! The Forresters are going to lose their minds.

Katie and Bill's emotional parting a...