Relationships hang in the balance after Eric fast-tracks Quinn romance 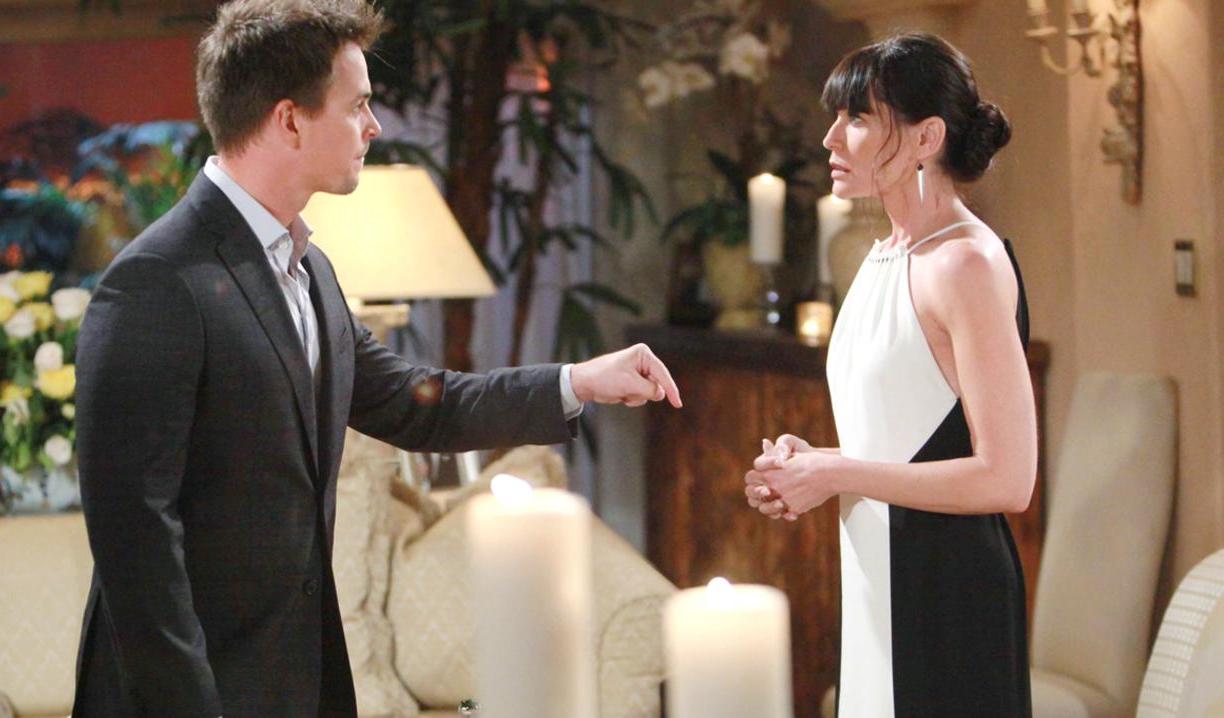 The Eric and Quinn relationship is causing as much upheaval and controversy as anticipated and it’s fun. The new connection between Thomas and Sasha is cute and flirty, but kind of predictable. Thoughts:

Sasha’s do-over.
The Sasha and Thomas storyline progressed exactly as expected this week, which is maybe why it’s not over-the-top exciting. Sasha is repeating the same mistake she made in pursuing Zende all over again, right down to showing up at Thomas’ door. Sasha and Thomas have chemistry, which is great, but we literally just watched this storyline – once again the guy is in love with someone else and Sasha seems okay with offering up a good time in hopes of finding someone to care about her. Maybe there will be a twist. A shirtless Thomas is all good though!

You’re hired.
As mentioned last week, Eric’s defiance in rehiring Quinn achieved the impossible and gave Ridge and Rick something they could agree on. The pandemonium that ensued after Eric’s announcement was the height of entertainment, with even Pam getting in her two cents on Stephanie’s behalf. Hehe.

But, Mom…
I was actually drawn in to Eric and Quinn’s romantic evening at the mansion, although it really was jumping the gun to ask her to move in already. Of course the news sent Wyatt’s head spinning and caused further confrontation and controversy. So ironic that after all of Quinn’s machinations and obsession aimed at getting Wyatt his ‘happiness’, she’s now ready to derail it all in order to get her own. Yeah, if Wyatt’s marriage was so solid they would face this together and he wouldn’t be pleading and demanding. He needs to see this and take a seat. Fans weighed in on Wyatt’s demands:

@CandaceLYoung @soapoperafan Wyatt is an ass..His Mom should be in prison but to tell her to not live her life to save his marriage is crazy

Wyatt is getting on my last nerve. ??. #boldandbeautiful

It’s not over until it’s…it’s never over.
Speaking of the triangle, Liam found a vocal new supporter in Thomas, just as Steffy admitted just a teensy bit to Ridge that she wishes she were with Liam rather than Wyatt. But in case you’re thinking Steam will reunite and that will be the end of it, don’t forget Liam has yet to remember why he was estranged from Steffy before he left for Australia – because he saw her in bed cuddling with Wyatt. So, yeah, that little nugget still looms.

Friday notes.
So over Liam and Wyatt having the same conversation… Love the Steffy versus Quinn vibe; Steffy is definitely looking for a way out of that marriage. I don’t think there is any way that Quinn will walk away from Eric, so bye-bye Wyatt.

Hornet's nest stirred up by Quinn...