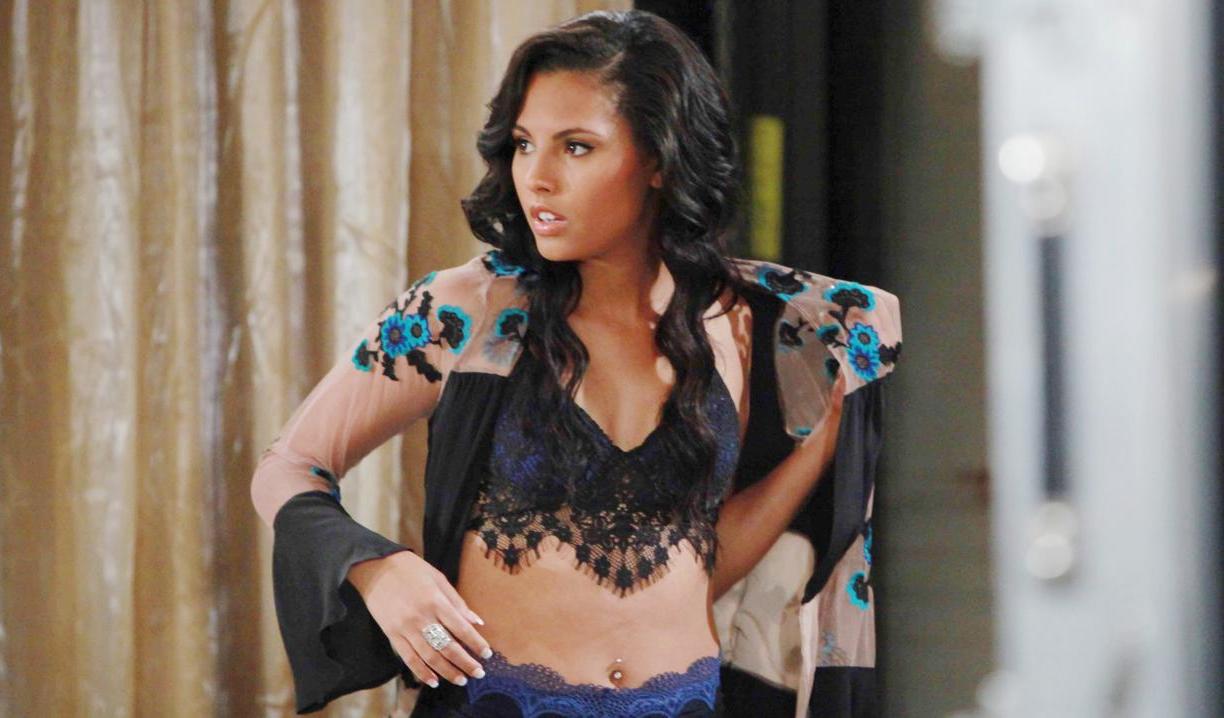 There was a lot of dialogue and drama surrounding love triangles this week: Bill/Brooke/Katie, Sasha/Nicole/Zende, Steffy/Wyatt/Liam, and even Thomas/Ridge/Caroline, who will reveal a hidden truth to the world. It was fun reading comments from viewers on social media about some of the tackier things going on. Thoughts:

She’s still that into you.
So, Sasha was begging and pleading to be forgiven and trusted on one hand, and then flirting with Zende, and telling him he doesn’t want to be hooked up with a shrew like Nicole on the other! Tacky? Zende didn’t seem to be buying into what she was selling, but if Nicole’s insecurities keep coming up as an issue, and Zende begins to resent what he’s missing out on professionally, he could definitely be driven back into Sasha’s waiting and open arms. Why isn’t it enough for Nicole to trust Zende?

Power naps and bottom lines.
Bill’s charm is in his unapologetic acceptance of who he is, however, in light of his blatant hypocrisy in threatening to disown Liam for doing exactly what he’s doing, there’s no denying we can’t wait to see him get caught. I just can’t with him climbing all over Brooke and then going to play happy families in the kitchen with Katie and Will! Tacky! Given that Bill sees himself as ‘the exception to the rule’ we can predict how he’ll handle exposure. Steffy called Bill out on another behavior – playing favorites with his sons. Liam used to be the golden boy and now it’s Wyatt. Not only where Steffy’s concerned, but at work too, although clearly Bill wasn’t going to side with Liam on Spencer Publications giving away money to good causes. He is known as Dollar Bill after all! Viewers weighed in on Bill’s behavior on Twitter:

@BandB_CBS Bill has karma coming to him

@BandB_CBS ?Some husband & father he is. ?Who is he to demand Liam not to do something when he's doing the opposite. #Hypocritical

That’s just how I’ll live.
The Steffy and Liam ‘coming to terms with the reality of the situation’ scenes were kind of emotional, but the storyline remains irksome. It’s like work to try and believe what is being written about Steffy choosing Wyatt over Liam. Steffy keeps repeating that mantra that her ‘feelings for Wyatt are real’ whenever someone points out she loves Liam more. Bleh. Also, they never address why she and Liam were on the outs before he disappeared. Maddening! In related commentary, I was kind of disappointed not to see another round of Steffy vs Quinn. As noted in the last Deconstructing B&B, when they locked eyes through the window of the beach house you got the feeling it was ‘on’. This may be what ultimately brings down the Statt marriage. P.S. Many got a laugh during the Liam and Steffy scenes when he asked if she remembered when they first met and then they flashed to memories from later in their relationship. Huh?

Lucky guy.
Rick catching Brooke all ‘breathless’ in her bedroom while entertaining Bill was funny but also a little icky. Winking and acknowledging that he knew she had a man in there…tacky. Hehe, it was probably not the first time that kid encountered his mother in that state. It really made me wonder, though, why this grown man doesn’t get his own home for his family. Jeeze!

Tell me who you’re seeing.
Katie went at Brooke relentlessly in her kitchen when her sixth sense told her Brooke had been seeing someone. What an awkward conversation right from the get-go when Brooke listened to Katie go on about how devoted Bill’s been and Brooke championed her sister’s newfound confidence in her marriage. Ack!

No, we don’t have an agreement.
Thomas snapped and finally had enough of the farce of pretending he was his son’s brother, and it felt like high time. Ridge made it easy to root for Thomas when he kept blowing off his son’s feelings. “Go for a swim and then get back to the plan.” Maybe he was being brusque because he was panicking, but really? Caroline, fresh off a conversation with Steffy about secret-keeping being ill advised, stunned Ridge by siding with Thomas. You could literally feel her exhaustion from carrying the burden of worrying about it all. Ridge said his ‘goodbye’ to Douglas, although he’s not really going anywhere as he’s still the child’s stepfather and, ahem, grandfather. So now they’ll share the truth of Douglas’ paternity with the world, and be judged, and it will all look just a tad…tacky. 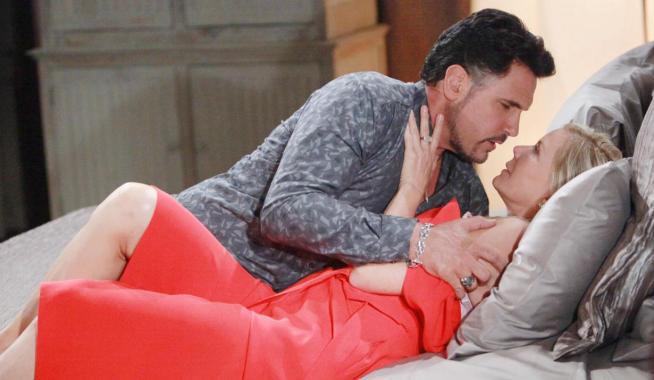