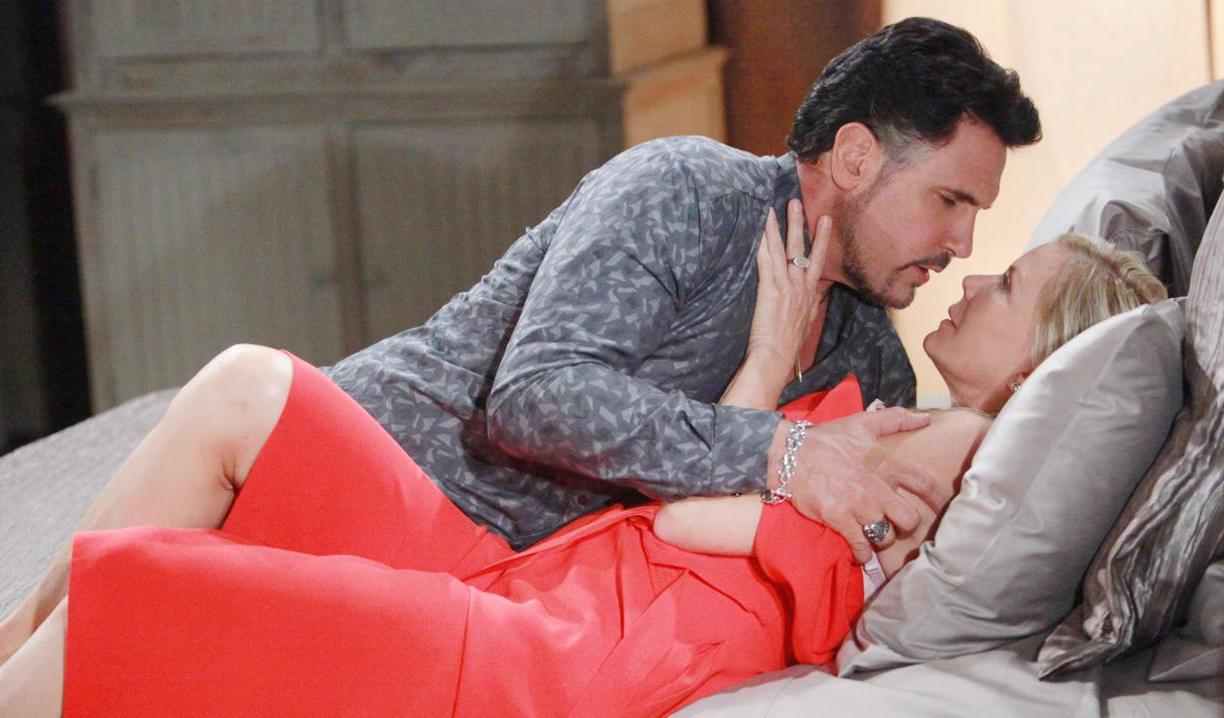 Katie, without even knowing it, began paying for her insecurities this week, and Nicole seemed to be setting off down the same path. Bill, meanwhile, went to new heights and new lows as he lectured Liam on respect for marriage and then set out to seduce Brooke. Thoughts:

Too legit to quit.
The week kicked off with Bill taking Wyatt to see his girl, Emmy, at the city clerk’s office to find out if his marriage was valid. This made for some fun scenes as The Talk’s Sheryl Underwood ogled and flirted with Bill, before finally getting to the crux of the issue – Wyatt’s marriage documentation had been filed and Reverend Rydell’s credentials were in order – so Wyatt’s marriage was valid. As mentioned in last week’s Deconstructing B&B, most assumed from the time Rydell broke into Liam’s place that he wasn’t a real minister, and therefore, Steffy would have her ‘out’, which is exactly why we weren’t surprised that it went the other way. There was agreement here at Soaps.com that it was quite predictable that they didn’t go the predictable route…so it was predictably unpredictable. Well, it made sense to us.

I took vows.
Liam and Steffy went another couple rounds, before and after the ‘marriage is valid’ reveal, rehashing whether or not she would leave Wyatt and come back to him. It seems things will stay with the status quo for now since despite everyone else in town knowing full well that Steffy loves Liam more than she’ll ever love Wyatt, Steffy is digging her heels in about honoring her commitment and her vows.

Family fraud?
After this week, Bill Spencer is firmly in the running for the soap opera Hypocrite of the Year award in the ‘Do as I Say, Not as I Do’ category. Hehe. After lecturing Liam not once but twice, and even threatening to disown him for pursuing his sibling’s spouse, he proceeded to pursue a full-on affair with his spouse’s sibling mere minutes after spouting off about having respect for marriage! I loved Liam standing up to him, by the way, before he ultimately backed down. It’s worth noting that Bill’s guilty conscience is undoubtedly driving his rigid stance toward Liam’s situation. Regardless, we really, really wanted Liam to catch Bill in the act with Brooke and lay the smack down on him for his hypocrisy, but it looks like we’ll have to wait…at least until Liam puts two and two together regarding the earring and secret room. Ooo, I can’t wait. As for Bill and Brooke, they do have incredible chemistry and are arguably in an impossible situation. While it’s believable in the moment, Bill’s insatiable need for Brooke seemed to seize him practically overnight, which was a bit jarring. Loved how the guilt was slathered on both of them on Friday’s episode, with Liam going on about Bill being a great role model for respecting marriage, and Katie apologizing to Brooke and thanking her all over the place for her loyalty. Baha! Viewers weighed in on Bill’s duplicity on Twitter:

@BandB_CBS Bill isn’t in a position to give advice when he’s unfaithful to Katie.

@BandB_CBS Bill is a rat preaching truth to Liam about marriage and then not living according to his own words!Brooke needs a strait jacket.

Kicked to the curb.
How funny was it when Steffy arrived at the beach house to find Quinn cheerfully whipping up a meal in the kitchen? Hilarious! Yes, Quinn is back to obsessing over her son, and after butting heads with Steffy to no avail, and being given the old heave-ho by Wyatt, she may be rethinking her certainty that Steffy is the perfect daughter-in-law. Who else got a chill when Quinn locked eyes with Steffy at the end of that scene?

We made him.
Was that a teeny fissure in Thomas’ resolve to keep ‘the secret about Douglas’ when he opened up to Caroline and made comments about the two of them having been the ones who created him, and about how difficult it was to pretend? Hmm.

Is this going to be a problem?
Ridge offered newbie-model-with-no-training Sasha a huge promotion (only on soaps), which included newbie-with-no-training-but-family Zende as her photographer. Naturally Ridge instantly produced lingerie for Sasha to change into on the spot and asked with a straight face if it was going to be a problem. Ya think? Nicole went into a tailspin at the idea of Zende ogling Sasha in lingerie and unflinchingly asked him to turn down the opportunity. While I understood her reluctance to trust, Nicole does risk pushing him away with her insecurities (ask Katie!). What’s worse is that Sasha ended up looking like she cared about Zende more by offering to step away, and that then dissolved into Sasha and Zende both being willing to sacrifice the opportunity for the other…thereby making Nicole seem petty and selfish. Ouch. Given that there were quite a few scenes surrounding this drama, I sort of wished I cared more about the outcome…meh.

In other Ridge news, he concluded the week re-introducing doubt into Steffy’s resolve regarding her marriage with his ‘is Wyatt enough for you for the rest of your life?’ line of questioning. Forever is a long time! 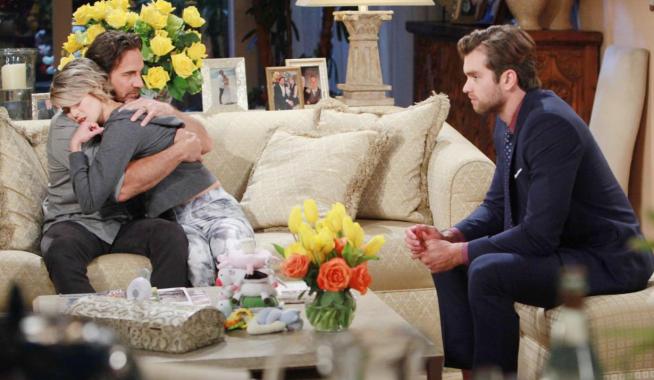 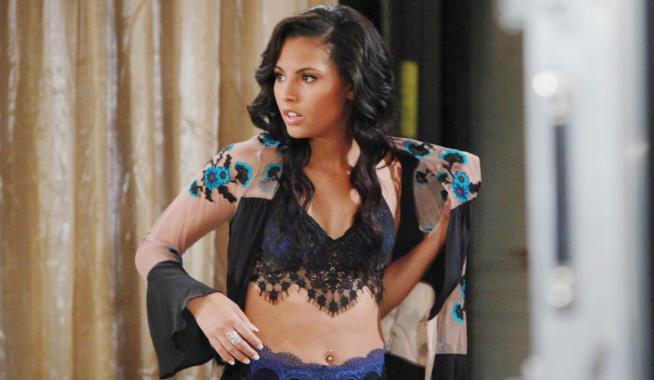