“The Bold and the Beautiful” for November 30 – December 4: 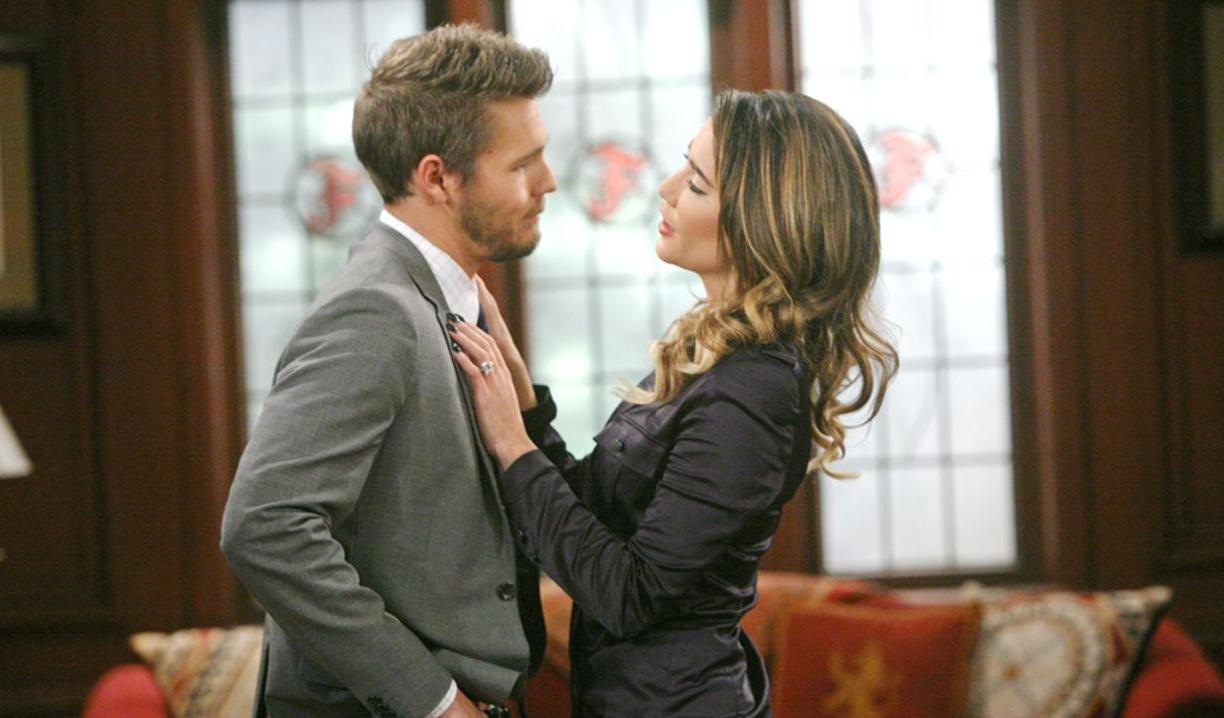 This week brought a great deal of debate surrounding Wyatt and Ivy’s relationship and her dalliance with Thomas, although we had some sexy time with Bill and Katie too. Thoughts:

Bill and Katie.
Loved the love in the afternoon! In the previous Deconstructing B&B, we hoped to see more of Bill, and we got to see quite a lot as he and Katie canoodled in the kitchen and later in the bedroom. Hot stuff!

Liam and Steffy.
The week kicked off with Liam and Steffy looking forward to getting married, but things had deteriorated by Friday as Liam was seriously irked at Steffy for telling Wyatt about Ivy and Thomas. It was an odd choice by the writers to have Steffy be more concerned about Wyatt than about throwing Thomas under the bus. There’s no real basis for her to be that upset on Wyatt’s behalf. Anyway, things aren’t looking good for newly engaged Liam and Steffy what with him ordering her to stay away from Ivy – ugh – and Quinn being on a mission to split them up as well.

Quinn and Thomas.
Quinn, as always is obsessed with Wyatt’s happiness (or her perception of it), and decided to open up to Thomas about her desire to see Wyatt end up with Steffy. Thomas was smirky, but receptive, considering that would help him land Ivy. Could they end up in cahoots? It makes you wonder if the writers want us to dislike Thomas. He’s pursued both Caroline and Ivy while they were involved with other men, all the while still dating models and interns, and now may scheme with Quinn to get what he wants. Soaps.com took to Twitter to see how viewers were feeling about Thomas:

@CandaceLYoung @soapoperafan B&B should bring on a love interest for him,he will fall hard for her then become a better man.

@CandaceLYoung He is an amoral jacka$$…

@CandaceLYoung I cant watch him.

@CandaceLYoung I can't stand him! I really never could he acts really creepy.

@BandB_CBS Thomas is too smart to fall for Quinn's trap. @PiersonFode @RenaSofer #BoldandBeautiful

Wyatt and Ivy.
Well, Wyatt didn’t want to believe what Steffy was telling him about Ivy at first – he genuinely thought she was true blue. Once he realized that Ivy had actually crossed a line with Thomas, it wasn’t pretty. Wyatt confronted Ivy in some powerful scenes – viewers could feel his disappointment that she had damaged the trust in their relationship. He told her they were done, and she took off to confront Steffy about telling Wyatt what happened before she could come clean herself.

Steffy and Ivy.
Liam was right that Steffy didn’t give Ivy a chance to tell Wyatt herself, however, Steffy was also correct in telling Ivy not to deflect blame onto her – she was the one who committed an act of betrayal. I didn’t ‘get’ Steffy’s motivation for involving herself to the degree she did. In any case, Ivy got pretty upset and threw the phone…and wound up electrocuted. So, this will be another situation just like Steffy and Aly. I wonder if someone was recording it. Sigh.

This blog expresses an opinion. Feel free to leave your thoughts in the section below.