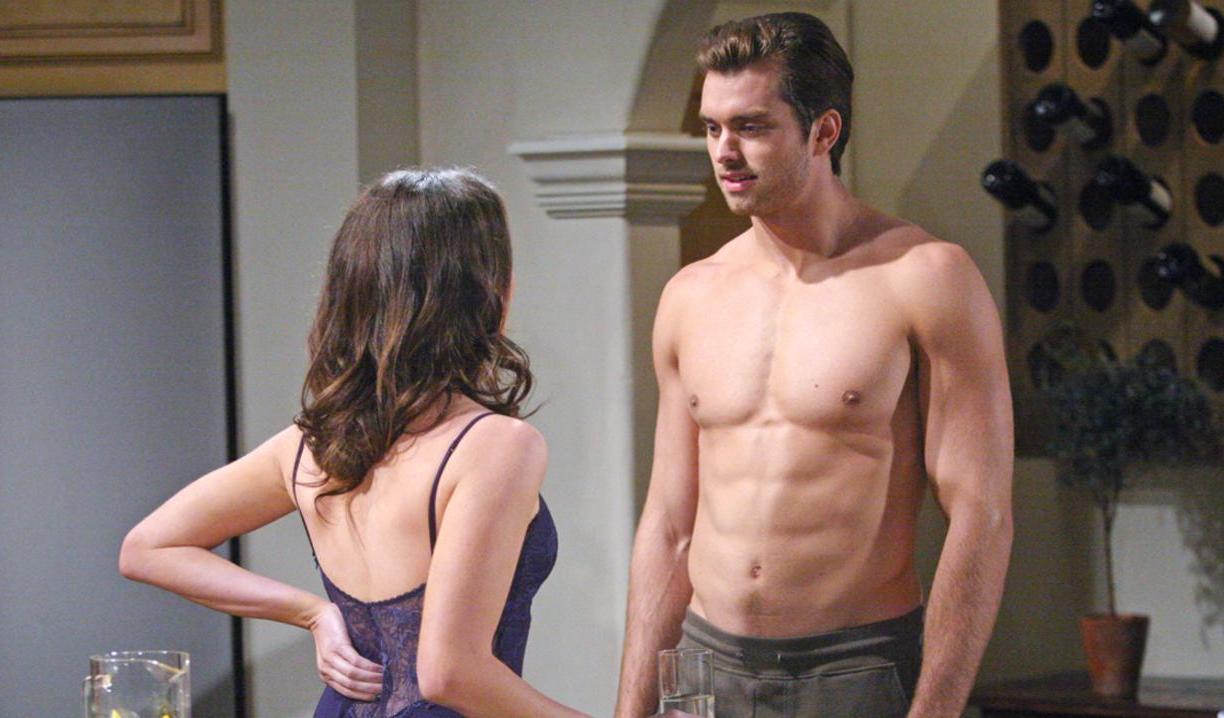 This week brought a breather from the Avant surrogate storyline, and saw several proposals put forth as focus went from Ridge and Caroline’s secret to Liam and Steffy’s future, and finally to the Ivy/Thomas/Wyatt triangle. Things could get interesting around the Thanksgiving table next week as a result. Thoughts:

Ridge’s proposal.
The week kicked off with Thomas demanding to know what his father meant when he said, “Thomas can never know.” Rather exciting stuff, but it fizzled out quickly as Ridge covered by proposing that Thomas take on a larger workload. That didn’t exactly explain what ‘Thomas could never know’, but Thomas was sufficiently distracted and chuffed that he forgot all about the cryptic comment. Mission accomplished.

Indecent proposal.
In last week’s Deconstructing B&B, I speculated on whether Wyatt’s insecurities might drive Ivy into Thomas’ arms. It turned out they didn’t even come into play as she fell prey to Thomas’ seductive charms even as Wyatt staunchly defended her to his mother. Ugh. I felt terrible for Wyatt, and wasn’t even drawn in by Thomas putting the moves on Ivy. For many, between what happened with Caroline, hitting on Ivy behind Wyatt’s back, and worse, his arrogant bet, Thomas has just become smarmy – not attractive despite the abs! Moreover, I was left feeling disappointed in Ivy, who caved rather easily when Thomas proposed that she ‘get a little crazy’ with him. They hit the bed just as poor Wyatt’s face popped up on her phone on the nightstand. Ack. Also, I don’t believe Ivy normally sleeps in a negligee like that blue one she had on in the kitchen. Just saying.

@CandaceLYoung @soapoperafan Thomas is so creepy send him back to Paris if Ivy is just a convenience to anyone it's Thomas.

Romantic proposal.
The scenes with Bill and Katie realizing that Liam was going to propose were fun. Katie helping the hapless guy fix his flowers, and Bill pushing him to fly Steffy to Greece. I couldn’t understand Liam’s reluctance to go to Greece. Hehe. In any case, Liam had his set-up all ready to go when Steffy got home – roses, candlelight, expensive French champagne, and talk of Bob Hope movies set the mood. Steffy was distracted for a bit, as she was clearly unsettled about her brother hitting on Ivy while Wyatt was out of town, but soon gave Liam her undivided attention. Liam’s proposal sounded a mite cheesy in spots, but for the most part it was romantic. The best part was that his proposal expressed the very things that viewers like most about the pairing and referenced what Steffy brings out in Liam that other women didn’t.

This blog expresses an opinion only. Please share your thought in the section below.