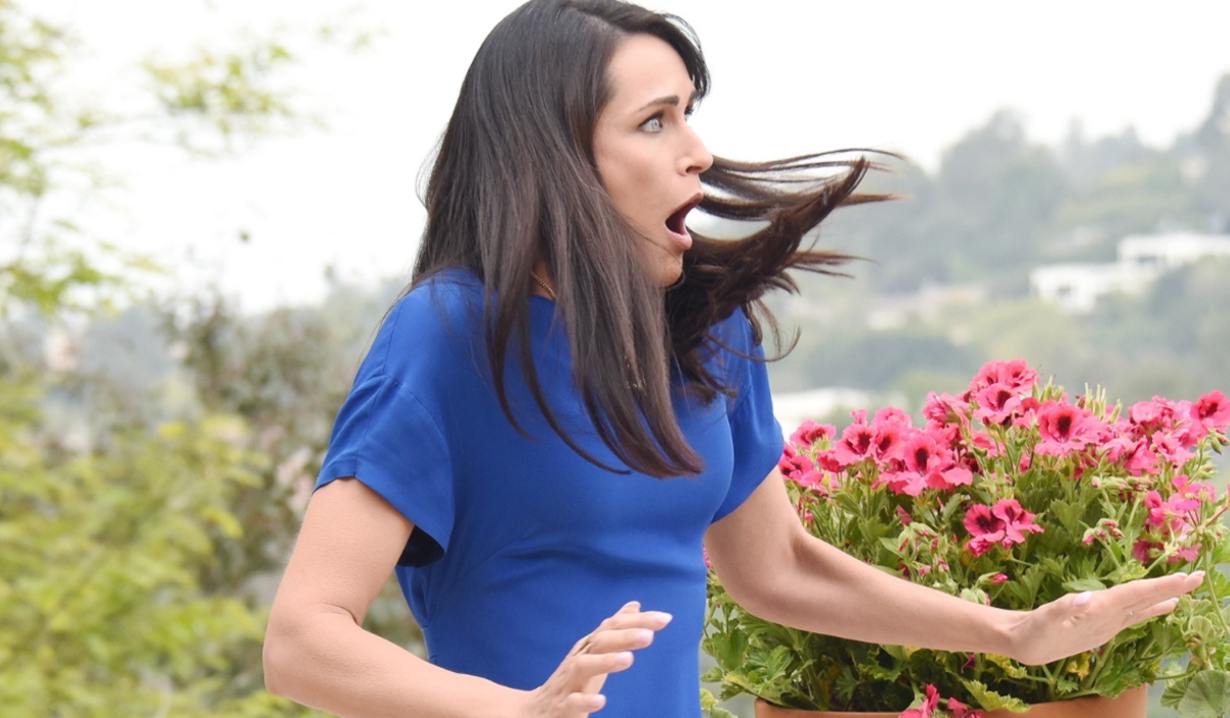 Last Wednesday Quinn received the scare of her life when someone took a shot at her while standing on the Forrester mansion terrace. She immediately believed it was Katie Logan – and who could blame her? Katie has been very vocal as of late over how badly she hates Quinn, due to the secret Quinn and Ridge are keeping from Eric – they can’t keep their hands off of each other.

In comes Sheila Carter… Quinn came face to face with Eric’s crazy ex, who let herself into Katie’s house claiming to be an old friend of the Logans. Quinn had no idea who Sheila was, at first, and it wasn’t until Katie came upon the scary face from the past that she believed Sheila must have been the one who shot at Quinn. Sheila denied having been the shooter, as did Katie, so the question remains… Who hates Quinn enough to try to kill her in broad daylight?

Katie could be causing a distraction by adamantly professing her innocence. After all, she’s gone over the edge a time or two. And the obvious culprit would be Sheila, who’s been known to do whatever it takes (poison, kill, strangle, etc.) to get back the man she loves, Eric. But how about Deacon Sharpe? Quinn, when she was acting like Katie – or even Shelia – tried to kill Deacon by pushing him over a cliff. Deacon has a ruthless streak and could very well be the one who’s keeping Quinn in his sights, literally, with the sole intent on taking her out.

But hey, if it’s not Deacon, in true soapy White Knight fashion, there’s a campy yet exceedingly slim possibility that Ridge shot at her from the guesthouse…trying to scare her into his arms!

B&B Rumors: Reconciliations and a rocky road to Thanksgiving