Eric sits at Jackie's bedside, thinking back on their memories together... 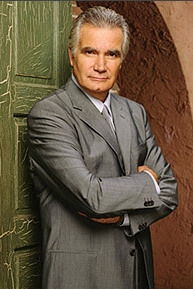 At the hospital, Jackie opens her eyes, sees Nick. Nick takes her hand, smiles, tells her about the brain surgery. Jackie goes back to sleep as the doctor comes in. He tells Nick that her recovery will take time, but he can't predict how long or how well it'll happen. Nick looks to his mother in pain, says, "Damn you, Stephanie."

Eric sits by Jackie's bedside, thinking back on all their past memories together a kiss, his proposal to her Eric rubs her arm, and Jackie wakes up. He talks to her about the surgery, tells her not to talk. He wants her to save her energy, says that in time she'll be up running around. Eric expresses how badly Stephanie feels about what happened, says that she would never do anything to physically harm her.

Out in the hall, Stephanie questions a nurse about Jackie's state as Donna looks on.

Brooke joins Donna, thanks her for bringing her some clothes. Donna tells Brooke there's something that her and Nick need to know. Brooke questions whether Donna is saying that Stephanie pushed Jackie intentionally, and Donna says yes! Donna explains the scene between Stephanie and Jackie to Brooke, says that Stephanie shoved Jackie over the banister.

Lt. Baker is at the hospital on other business. As Stephanie is ready to tell him what happened between her and Jackie, Nick interrupts, asks who's going to tell Jackie's side of the story! Stephanie tells Nick she's sorry, but Nick doesn't want to hear it. Stephanie goes on to explain to Lt. Baker about the accident. Nick goes out of control, calls Stephanie some pretty harsh names.

Brooke comes out into the hall, pulls Nick away. Nick blames Stephanie, says he wishes that someone had seen what happened. Brooke stays quiet about what Donna told her.

Donna witnesses the scene, looks to Stephanie, states to herself that she'll make sure Stephanie goes to jail for attempted murder! She goes to Stephanie, taunting her about never doing anything wrong. As Stephanie tries to leave, Donna tells Stephanie that she heard what she said to Lt. Baker. Stephanie insists it was an accident. Stephanie tells Donna that she might as well leave, that Ridge isn't coming to the hospital. They bicker about Ridge until Stephanie states that Donna isn't good enough for her son. Donna glares at Stephanie, tells her she better watch what she says! Donna leaves

Brooke sits by Stephanie, tells her that she tried to calm Nick down. Stephanie asks Brooke to send Donna home, says that she'll make trouble for Brooke and Ridge. Stephanie walks away, leaving Brooke with the thought.

Donna visits Jackie, promises her that Stephanie will pay for what she did to her. Nick comes in, asks why Donna is there. Donna says that this should've never happened to his mother. Nick asks Donna to leave him alone with Jackie

Donna tells Brooke that she tried to tell Nick what happened. Brooke begs her to wait, to let Nick focus on Jackie right now. Donna says she knows what she saw, says that Stephanie needs to pay!

Please, Watch Over Her 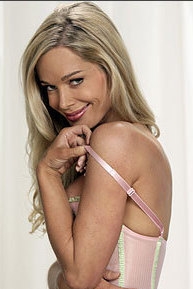