Tuesday, January 10, 2023: Today on The Bold and the Beautiful, Taylor and Brooke discuss their immediate future, and Steffy and Finn decide whether or not to testify against Sheila. 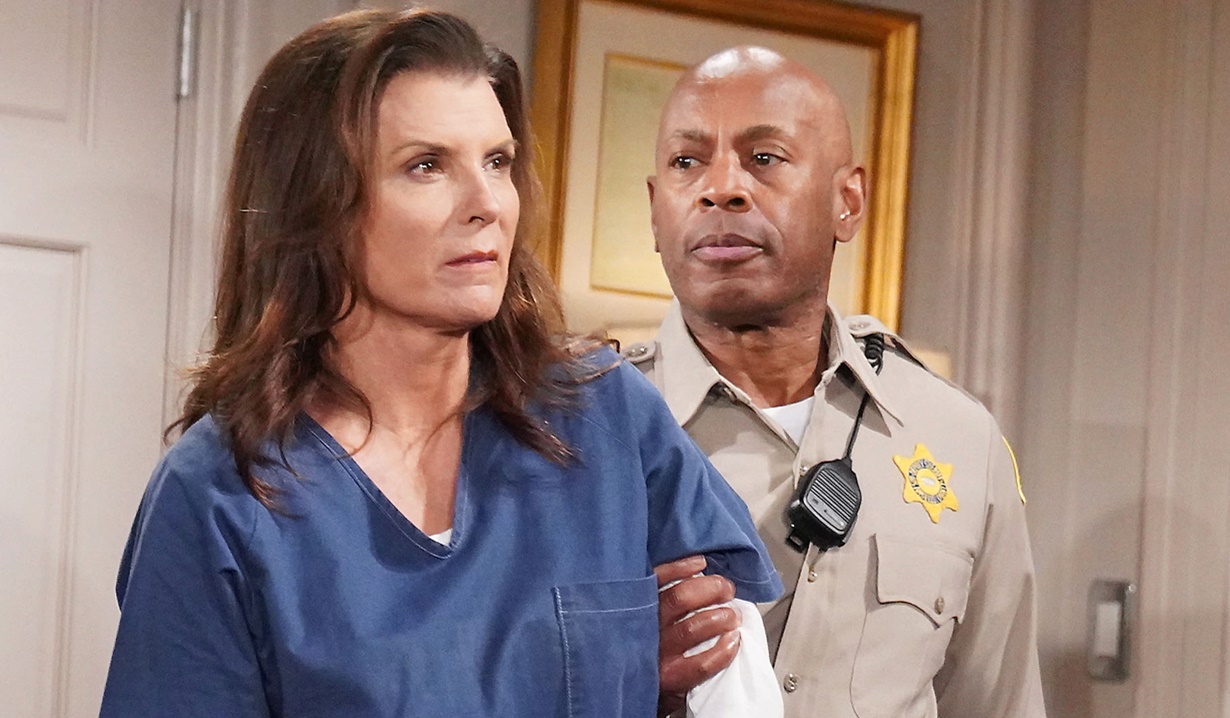 At Forrester, Brooke and Taylor discuss Sheila’s hearing. Brooke thinks maybe it will provide closure for Steffy and Finn. Taylor hopes it’s cathartic for them and taunts that it’s the end of the road for poor, misunderstood Sheila Carter. Taylor and Brooke dig into their takeout and marvel over deciding to spend the afternoon together. They can now put their anger toward other people, like Sheila. Taylor feels they were caught in a toxic pattern but rejoices that they’ll never be victims of Sheila Carter again.

In the hearing, Judge McMullen has everyone seated. Bill listens and watches on his tablet as McMullen asks Finn if he’s ready to provide testimony on the case. Finn stands, looks at Steffy, and hesitates as he recalls Bill’s threat. The judge asks if there’s a problem. Finn tells the judge he has nothing to say. Bill nods, “Atta boy.” 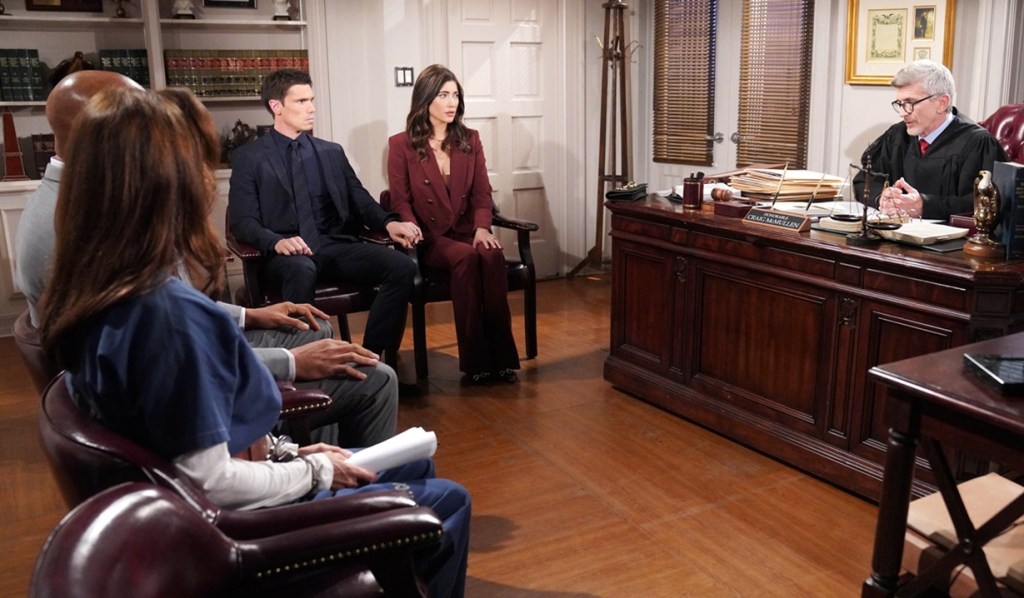 More: The terrifying plan for Bill

At Forrester, Brooke and Taylor agree that they are a family of survivors. They’ve survived Sheila and years of back-and-forth with Ridge. Taylor asks how Brooke is doing with that — she’s used to having someone in her life. Brooke isn’t sure why she was so needy and is happier putting herself first. They agree it feels good to be evolving. Brooke asks if Taylor’s really not waiting for Ridge to come back. Tay declares that he has left her at the altar for the last time. She admits it still stings. Brooke says it was hard on Ridge too. They’re glad he’s finally doing some soul-searching — it’s about time. Taylor asks what’s next for Brooke. “Dating? Bill Spencer maybe?” She muses that he seems like a lone wolf type but always likes to have a woman in his life. Brooke relays that it’s certainly not her, and it’s not Katie — if Bill has a woman in his life, she has no idea who it is! 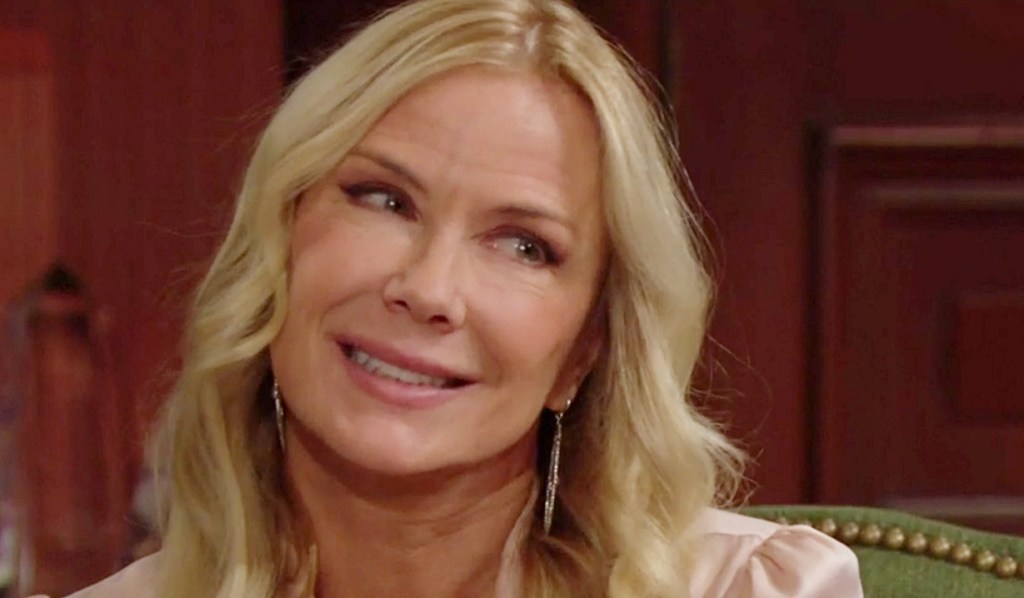 In the hearing, the judge is taken aback that Finn has nothing to say and is no longer willing to testify. Finn says he’s changed his mind about pressing charges. As Finn sits back down, Sheila stands and asks to say a few words. Her lawyer advises against it, but she insists. McMullen allows it. Sheila declares that she never meant to hurt Finn or Steffy. She loves Finn more than anything and is proud of the man he’s become and the father he is to her grandson, Hayes. She knows he loves Steffy and can see the joy that she brings to his life. “I am your mother-in-law, and I am and always will be family.” Steffy narrows her eyes as Sheila goes on about what a role model Taylor has been to Steffy all these years. She reflects that she was the one person who gave her a chance when she came back. “I will never forget that.” Sheila just wants Finn, Steffy and their family to be happy. “I want the best for you.” With that, she thanks the judge and sits back down. The judge asks Steffy, “Ms. Forrester, are you ready?” Steffy glares in Sheila’s direction. 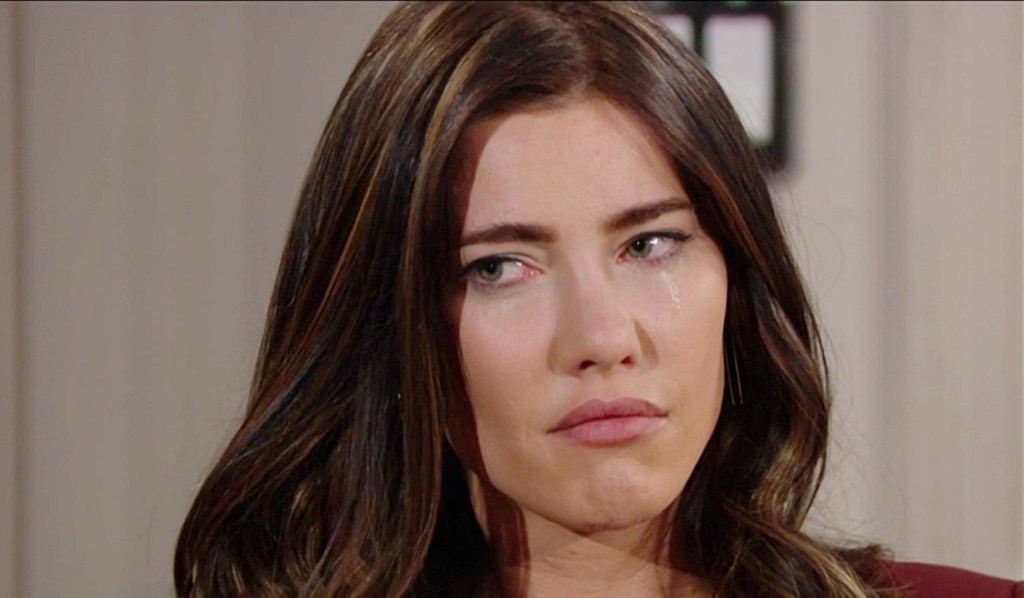 In the Forrester office, Brooke helps Taylor into a gown and thanks her for being her fit model. Brooke gets into a gown next and they admire each other. Brooke tells Taylor she looks flawless and the brunette calls Brooke “every man’s dream.” They feel Ridge should be lucky to have either of them and they should be proud of everything they’ve accomplished. Taylor knows they’re doing the right thing, but that’s going to mean time alone. Brooke suggests they plan a girl’s night. Taylor loves the idea. They clasp hands as Taylor tells Brooke she’s the only one who can understand what a liability Sheila has been. Brooke wonders what’s going on over there. Taylor’s sure with Steffy and Finn’s testimony, the case is a slam dunk. 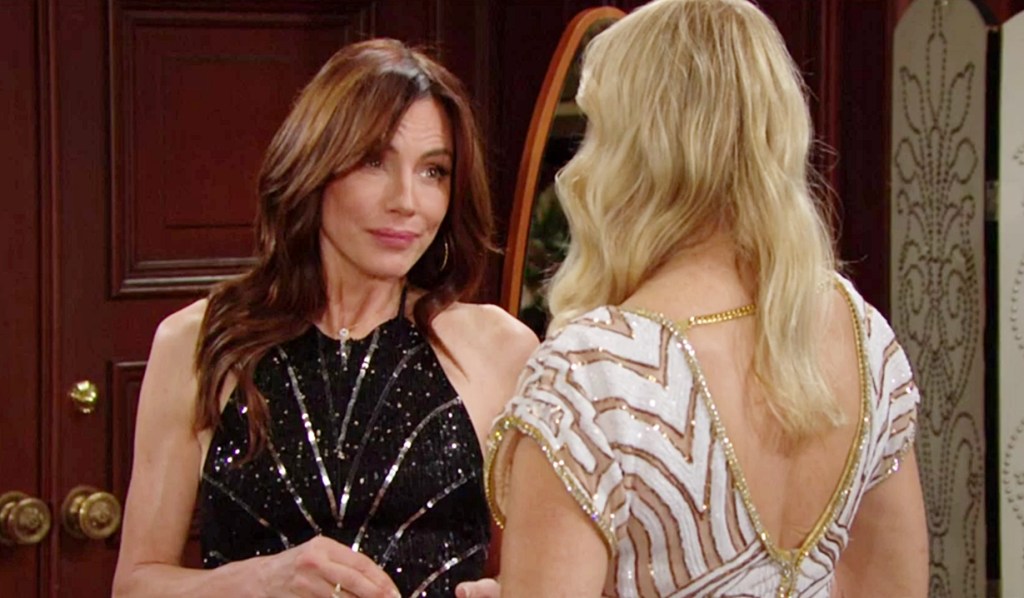 More: Why *this* B&B twist makes no sense

At the hearing, the judge prompts Steffy, who stands and says, “Your honor…” Looking horrified, she addresses Sheila. “You say you’re sorry for hurting us, you claim to love us and say that you’re family. That’s something I try to wipe from my mind every single day. You’re not my mother-in-law, you’re not a friend, you have no idea the pain you caused me and my family.” Bill looks wary as Sheila reminds her, she respects her mother and wants her happiness as she does too. Steffy wanted closure today and hopes that will be the case whether Sheila goes to prison because of her and Finn or not. She informs Sheila that she will never be a part of their lives whether she pays for her crimes or not. “No words have the power to erase what you have done to us. None.” Steffy says that’s all she has to say. The judge is stunned. “No testimony, no nothing in regard to the charges brought against Ms. Carter?” Steffy has nothing more to say and will no longer be pressing charges. She sits back down and reminds Finn that their charges aren’t the only ones necessary to convict her. “We have enough evidence to put her behind bars for many years to come.” 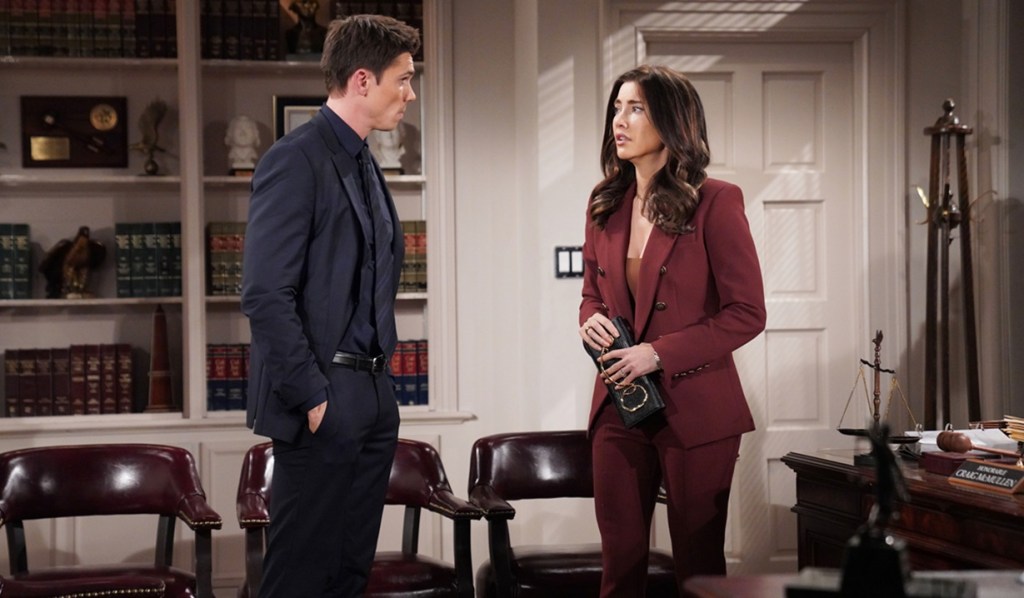 In Forrester’s office, Taylor buttons up her shirt and thanks Brooke for a lovely lunch. They enthuse about their girl’s night and joke that their schedules are wide open. Taylor plans to head to Steffy and Finn’s and congratulate them on their triumph today — the Sheila Carter nightmare is finally over! Brooke squeezes Taylor. “I’m so happy for your family!”

At the hearing, Steffy reminds the judge that there are other charges against Sheila Carter that should put her away. The judge reveals he has new evidence. Sheila was previously accused of escaping custody, but he now has a sworn affidavit from a former correction officer who was on duty that day — a Mr. Mike Guthrie — who testifies that he coerced her from her jail cell against her will. Finn asks how someone gets kidnapped out of prison. The judge had the same question, but video footage corroborates Guthrie’s story. Since there are no other charges and they refused to testify and are dropping their charges, he has no other choice but to release Sheila Carter today. He bangs his gavel and asks the guard to remove Sheila’s cuffs and escort her out. Steffy rants, “No, this is wrong! Sheila’s dangerous! She can’t be free! No! You can’t do this!” Sheila turns to give Steffy a triumphant look as she’s led out the door. Steffy throws herself into Finn’s arms in shock. 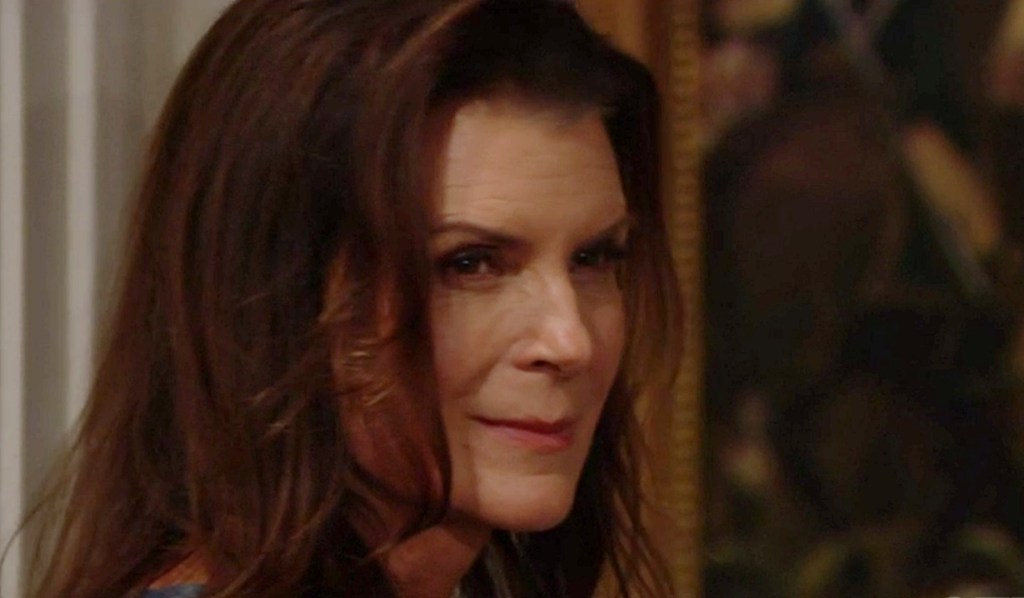 Next on The Bold and the Beautiful: Mike Guthrie reminisces about his past with Sheila, and Steffy and Finn are shocked by Bill’s cunning move.

See if you agree with our rankings of Katherine Kelly Lang’s most dazzling red carpet looks in the gallery below. 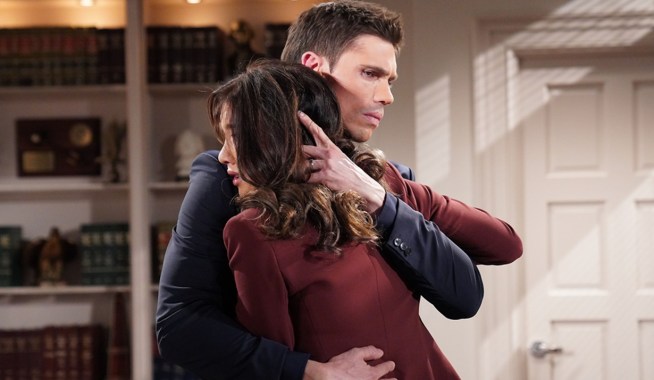 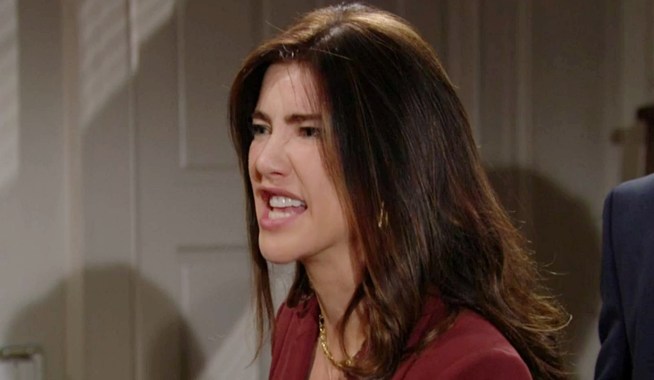