Ridge Returns Home to Find Taylor and Brooke Have Banded Together

Wednesday, December 14, 2022: Today on The Bold and the Beautiful, Eric warns Ridge he has to choose, Steffy and Hope bicker, and Taylor and Brooke find common ground. 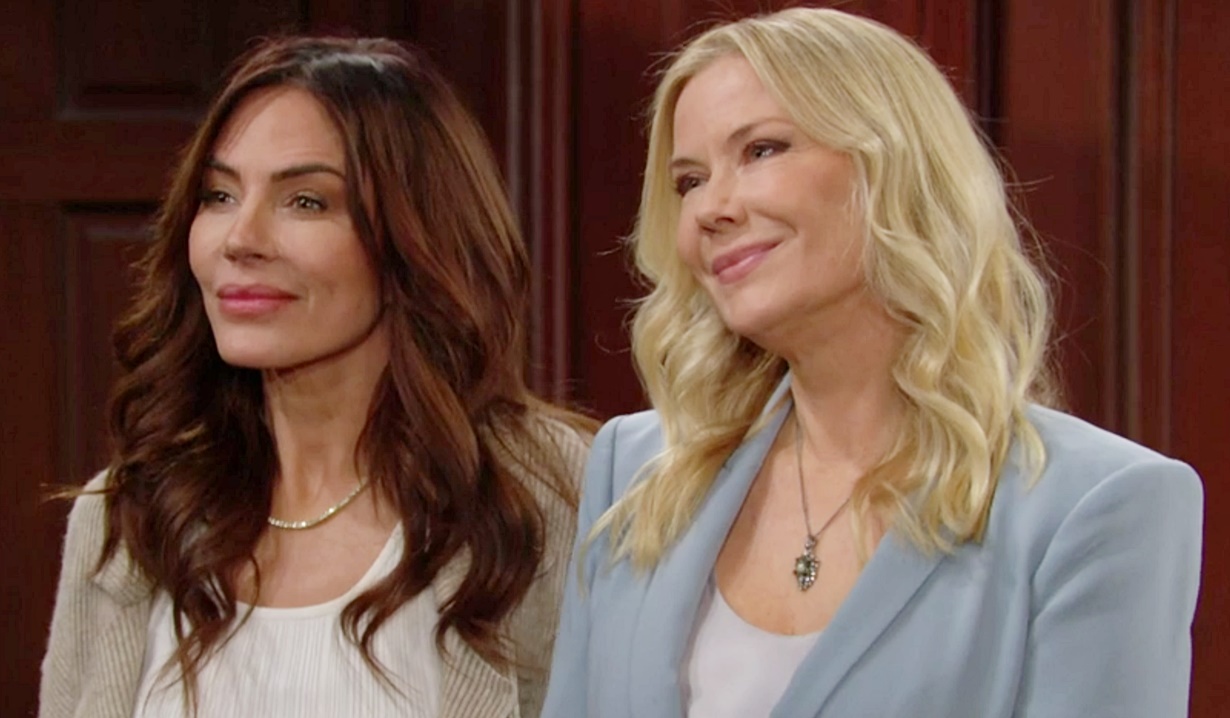 On the Forrester jet, Ridge flashes to kissing Taylor in Monte Carlo.

At Forrester, Steffy welcomes her mom back with a huge hug and says she has so much to fill her in on. First, she wants to know how she’s doing. Taylor insists she’s okay. She asks if Steffy has heard from her brother. Steffy doesn’t really care about him right now after what he did. She asks if her mother has heard from her dad. 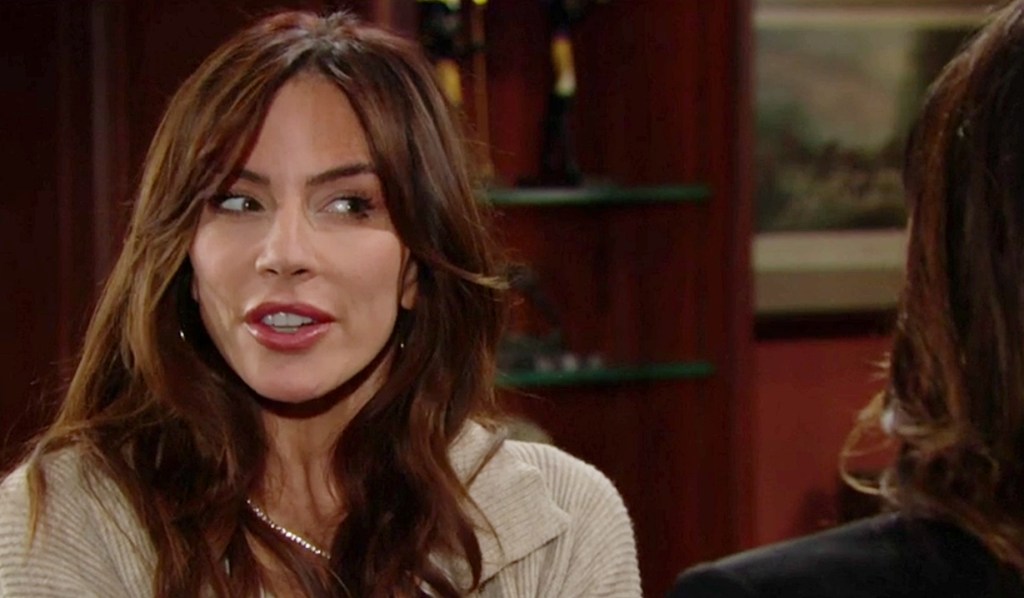 In the design office, Brooke and Hope discuss Sheila being on the loose. Hope wonders if Steffy told Ridge. Brooke guesses she didn’t want to worry her parents, but says rumor has it that Ridge is on his way back today. Hope asks, “How does that make you feel?”

In the main office, Steffy wants to know if Taylor’s heard from Ridge. Taylor avoids answering the question and recaps that she and Ridge both needed to take time to sort through things. Steffy announces she will no longer push her toward her dad even though part of her wants them back together.

In the design office, Brooke recaps that Ridge knows she was wronged and apologized. Now is the time to take stock, “For all of us.” She hopes that Ridge has done so. 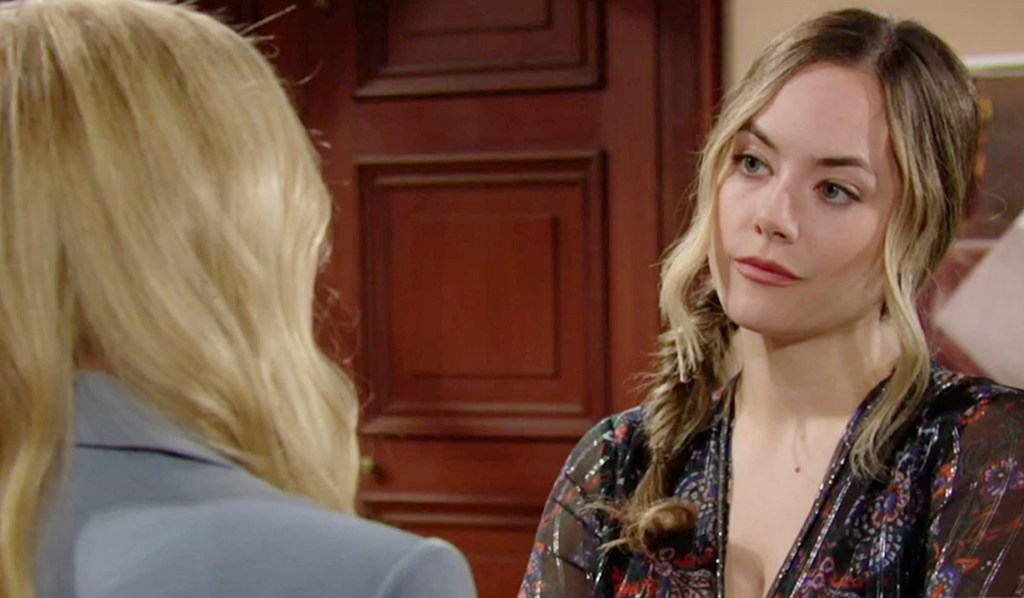 On the jet, Ridge flashes through romantic times with Brooke.

At Forrester, Taylor tells Steffy that her father is on the way back today. Steffy asks if that’s why she came back. Taylor was on her way back when she found out. Taylor tells Steffy she loves that she stepped up and told the truth. Steffy urges her mom to think about herself and what she deserves. Taylor wishes she could tell her how she’s feeling but she can’t. Steffy gets that. They embrace.

On the jet, Ridge takes a call from Eric, who is checking in. Ridge tell him he’s on his way back. Eric saw he was using the plane and tells his son he’s been missed. Ridge had to figure some things out. “I know what I’m going to do.” Eric intones, “Son. You need to commit to one of them… Is it Brooke or Taylor? What is your decision?”

Brooke finds Taylor in Forrester’s main office finishing up a work call. She wonders if it’s a coincidence that she came home on the same day as Ridge. Taylor says she’s feeling much better, “Thank you very much, Brooke, for asking.” She clarifies that she didn’t return because of Ridge. They go over the wedding debacle and how the phone call made a huge impact on both of their lives. Brooke states that Ridge leaving her, and his wedding plans with Taylor, was based on a lie. Taylor informs her that the love they share is very special and nothing is ever going to take that away from them. 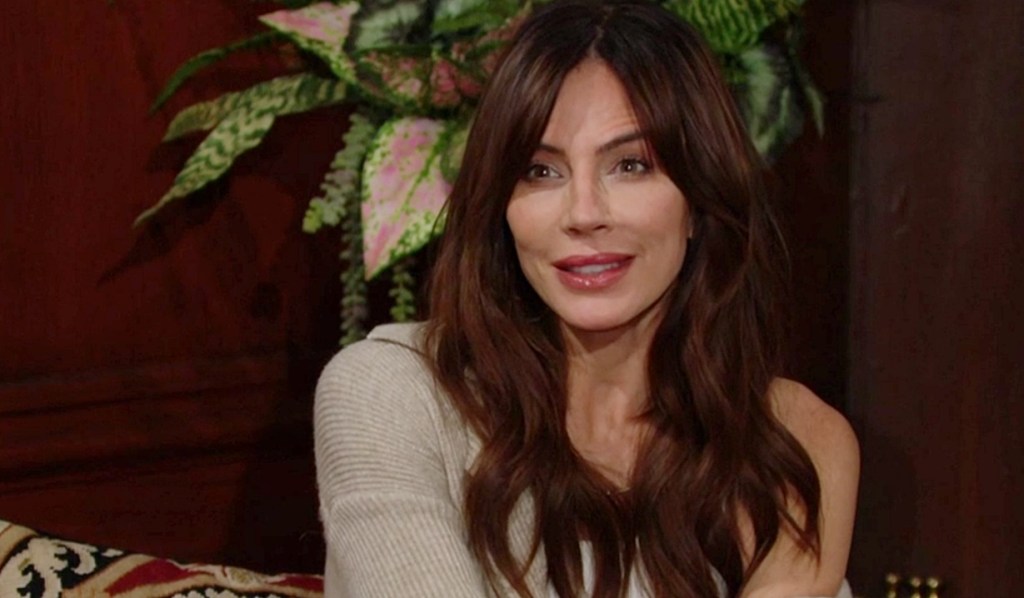 Steffy joins Hope in the design office, where she’s hanging up from touching base with Liam and worrying about Sheila. Steffy says she’s still trying to wrap her head around everything. She notes there’s a lot weighing on them, especially with their moms and her father.

On the jet, Ridge is notified that the jet is about to land. He seems deep in thought. 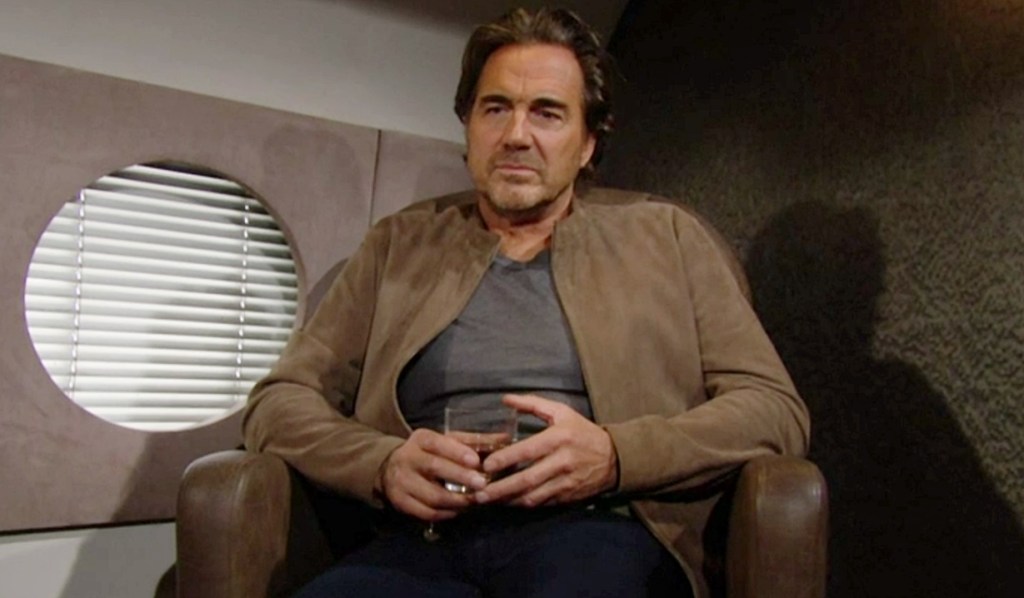 In the main office at Forrester, Brooke and Taylor establish they neither of them will ever stop loving Ridge. Brooke feels it’s the one thing they have in common. Taylor says they also love their kids. Brooke muses, “True, but when it comes to Thomas…” Taylor stops her. “I love my son very much. But I hate what he did to you… I truly feel terrible about that.” Brooke believes she means it. Taylor’s glad. She doesn’t think Thomas even understands the damage he’s caused. She adds that Steffy is furious with her brother. Brooke’s grateful for her — she imagines Taylor is proud of her. Taylor says she saved the day, but it did cost her. “She was so close to having her parents married again.” Brooke doesn’t think it will happen now. Taylor recaps that it was all so confusing and she and Ridge both had to go away to think. Brooke says she hasn’t heard from him and asks, “What have we done?” They marvel at the back and forth over the years. Taylor says, “Yeah, and now we’re wondering who’s going to end up with our dream.” 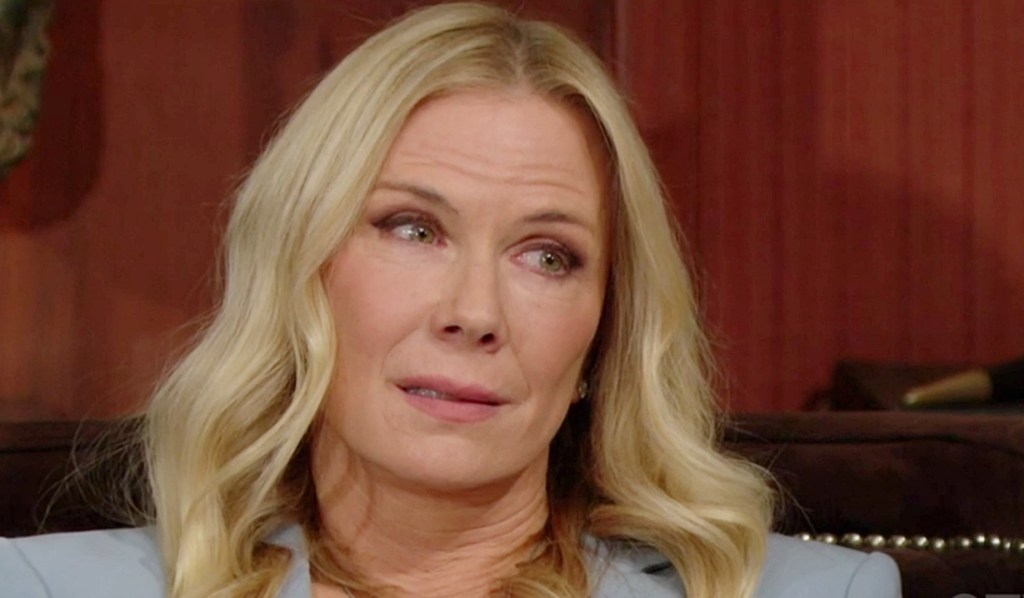 On the jet, the pilot welcomes Ridge back to Los Angeles and says he can only imagine how eager his family is to see him. Ridge is eager to see them too. He gets a text, reads it, and frowns.

More: Is Sheila set for a shocking about-face?

In the design office, Steffy concludes a call with Chief Baker and then disconnects, frustrated at the lack of progress where Sheila’s concerned. She’s sorry her parents are coming back to this. Talk turns back to what Thomas did and Steffy says it was stupid and reckless. They bicker about Taylor not coming clean before the ceremony. Steffy says she would have told him after the ceremony and that her parents love each other. Hope’s convinced that Ridge never would have gone to Aspen if not for what Thomas did and that he’s coming back for her mother.

In the main office, Ridge is startled to find Brooke and Taylor together and wonders if he’s interrupting anything. They ask about his flight and whether he had a good time away. He says it was productive but he missed both of them. Brooke says they missed him too. Ridge wonders what’s going on here. Taylor supposes he’s back because he’s ready to choose, “But I guess we have something to say about that.” Brooke nods. “We do.”

Next on The Bold and the Beautiful: Liam mediates as Hope and Steffy debate about Ridge,Taylor, and Brooke, and Ridge learns Taylor and Brooke have found common ground.

You won’t want to miss the sneak peek B&B holiday photos in the gallery below. 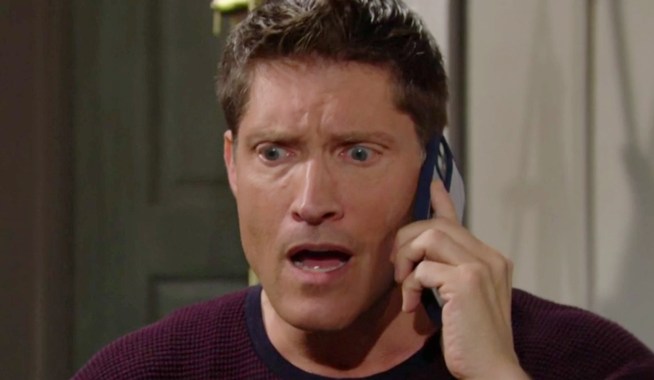 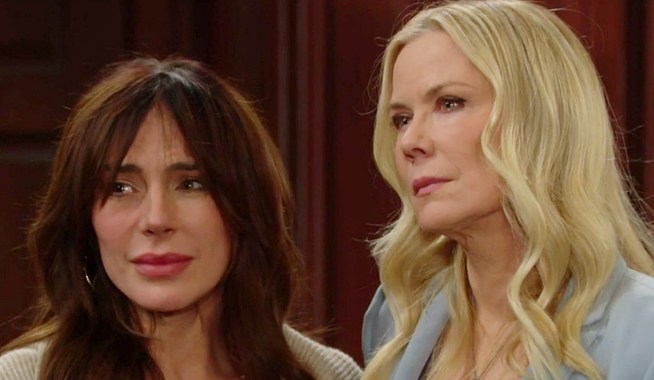