Thomas and Hope Share a Secret — and Brooke Warns Liam

Wednesday, October 26, 2022: Today on The Bold and the Beautiful, Paris and Hope get an eyeful, Hope makes an admission, and Steffy questions Hope. 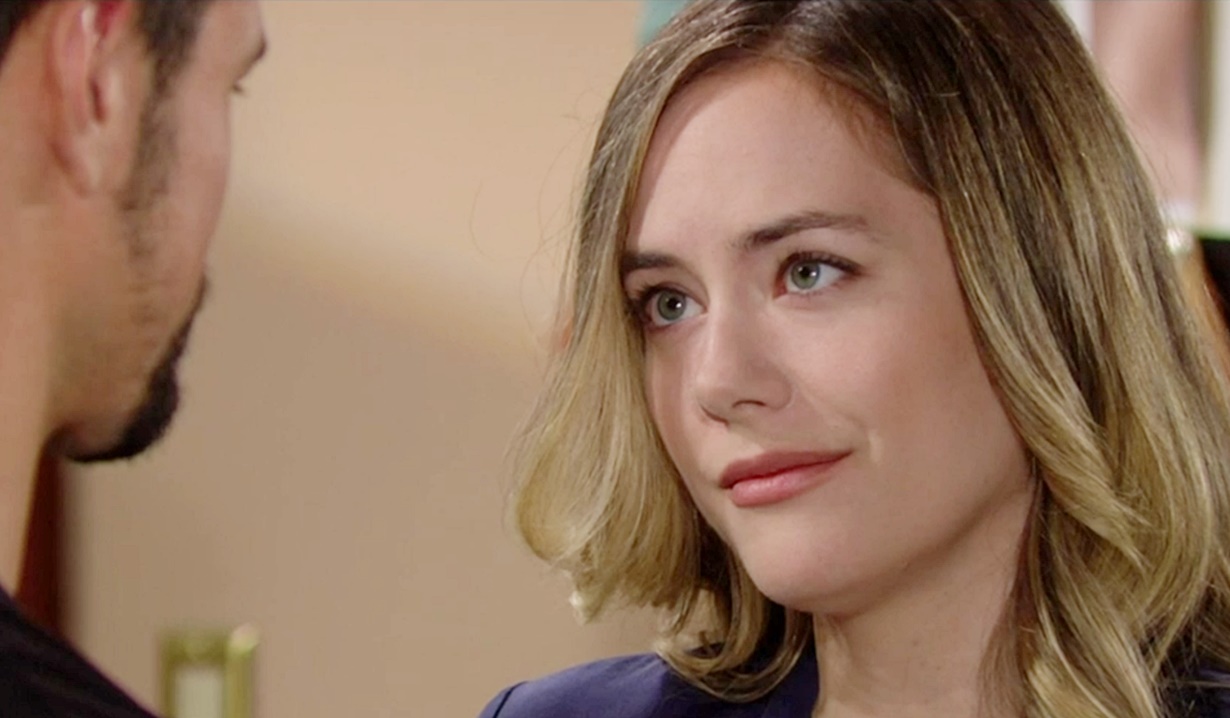 At Forrester, Thomas is in his underwear when Hope and a very pleased Paris walk in. Hope pauses to look back at him as the young women leave him to change. 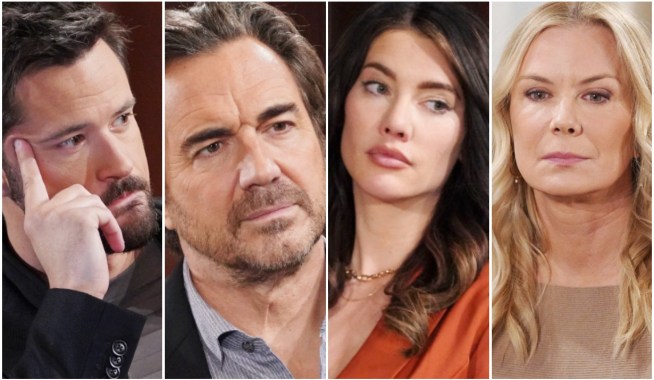 It's the No-Holds-Bared Bold & Beautiful Showdown We've Been Looking Forward To, With an Outcome We Couldn't Have Predicted

More: Two B&B characters on the brink of ruin

At Brooke’s place, she and Liam discuss Hope’s upcoming line. Liam just wishes Thomas didn’t have to be part of the package. Brooke sighs, “Yeah.” She brings him tea and he thanks her before saying he’s digging their pow-wows. Brooke recaps that they’ll never trust Thomas because of what he did to Hope in the past… not to mention him pushing Ridge back to Taylor. Liam asks how she’s holding up. Brooke’s heartbroken and feels it makes no sense. She says Steffy and Thomas were relentless and it seems they succeeded… but only for now.

More: A big return to shake up the Logans

Steffy walks in on Thomas, still shirtless, in the office. He admits Hope and Paris just caught him in his boxers. They get to talking about their parents being back together and vow to cherish every minute. Thomas muses that it’s been great living with Douglas — he’s so grateful. Steffy is also grateful for Finn and teases that they need to find someone for Thomas. Her brother says he’s good and just wants to focus on Hope and her line for right now.

In the design office, Paris tells Hope that Thomas has got it going on. Hope muses that he’s a very talented designer. That’s not what Paris is talking about — he’s dark and sexy. “Thomas is the kind of trouble you’d want to get into.” She chides Hope, “You’re married, not blind.” She won’t judge her for admitting she finds Thomas attractive. Hope concedes that Thomas is “interesting.” Paris says, “More like fine as hell.” Hope will admit that he’s hot (though she finds her husband to be the hottest man) if they can get back to work. Paris thinks he’s crazy about her, which must only make him more attractive. Hope says, “Work.” 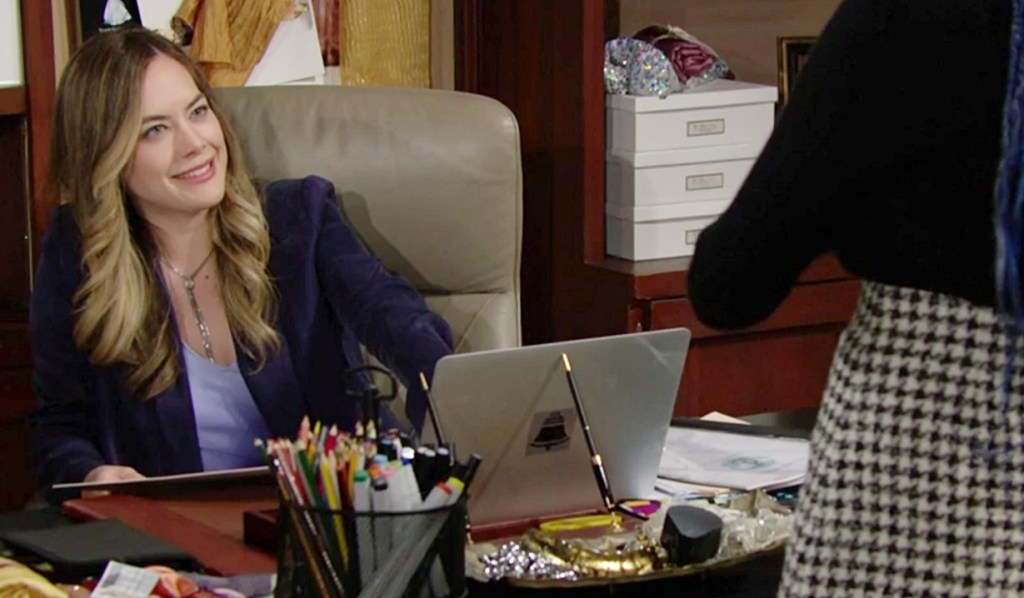 At Brooke’s place, she marvels to Liam about Taylor, Thomas and Steffy getting Ridge away from her in record time and moving Douglas into Eric’s in record time. She wonders if they’ll try to kick the Logans out of Forrester next. Liam won’t allow them to do that to Hope. He assures Brooke that he has eyes on Thomas and won’t let him move in on his wife. Brooke warns if his marriage is fragile at all, it’s going to be under attack. She marvels that she still doesn’t know how it happened that Ridge is with Taylor. Liam’s convinced he’ll find his way back to her. Brooke thanks him for his support and turns the conversation back to Hope allowing Douglas to live at Eric’s. Liam feels there’s a difference in the way she relates to Thomas now. He doesn’t like it. It’s almost like she’s forgotten how dangerous it is to take him at face value. Brooke feels he’s only gotten more subtle. Douglas staying with him should have ended long ago. Liam thinks Thomas is using the situation with the boy to get into Hope’s head. Brooke clucks that it’s like she’s spending a lot more time with Thomas than she is with Liam. 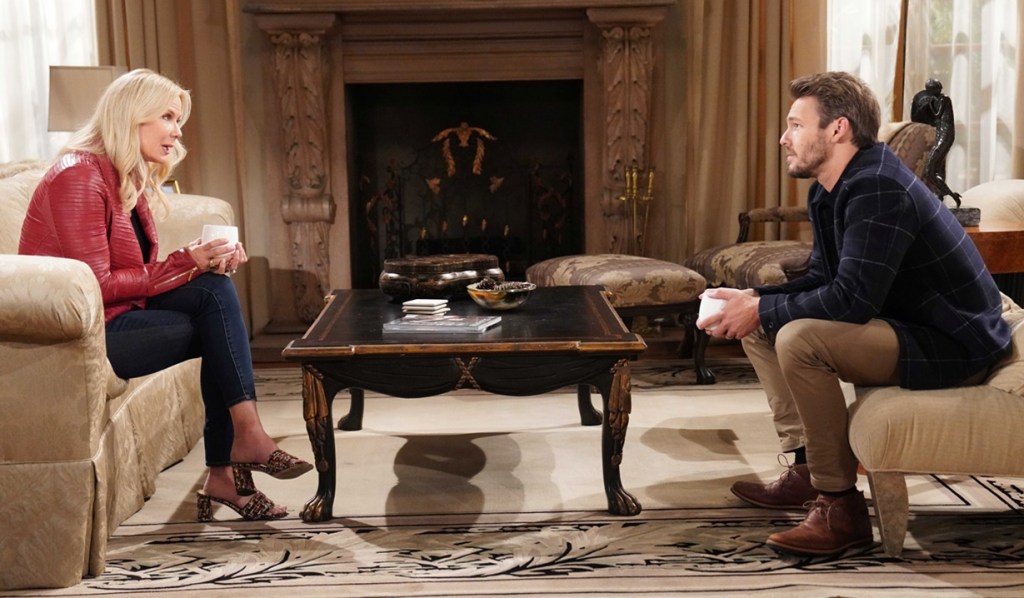 In the design office, Thomas finds Paris alone and asks about Hope. Paris says he just missed her and tells him how good he’s looking these days. He learns that Hope admitted she found him hot.

In the main office, Hope and Steffy discuss the line. Steffy tells her the designs are remarkable and she credits Thomas and Zende. Steffy wants to sit down with Paris for charity tie-ins. The meeting wraps up with the women agreeing that Thomas should give interviews as lead designer. Hope has appreciated his dedication. Steffy notes he’ll do anything for her and asks how things really are between them. Hope is going over to Eric’s regularly because Douglas is there. She’s always wanted the boy to know his father’s love. She assures Steffy everything is fine between her and Thomas. Steffy feels she’s now seeing him through a different lens. 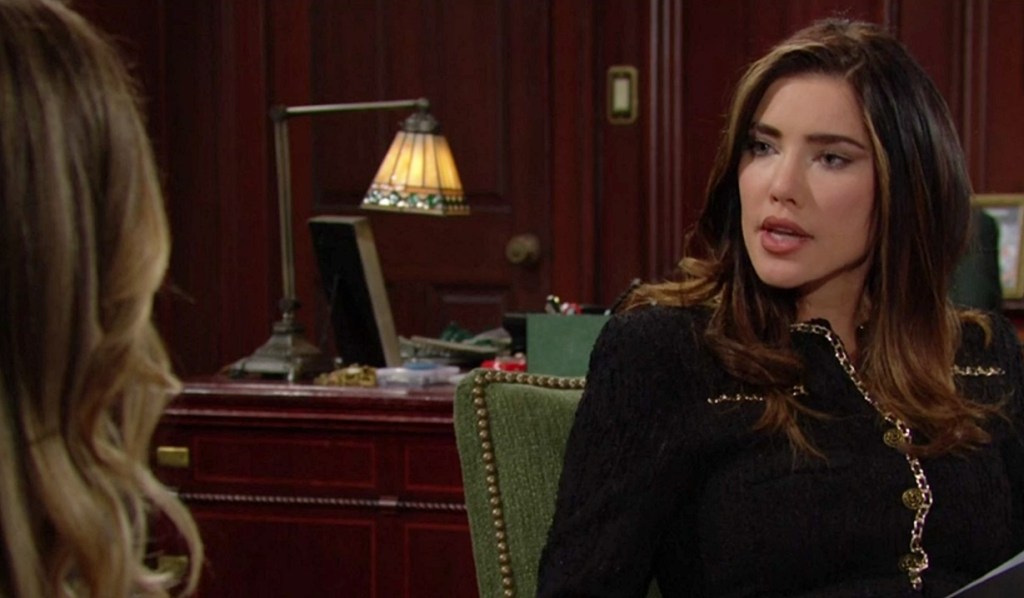 In the design office, Thomas concludes a call about silk fabric. Paris says she’ll see him later, but he wants to know if she’s messing with him about Hope. Paris is telling the truth — Hope admitted she thinks he’s hot. “Don’t let that go to your head.” Once alone, Thomas marvels at the revelation.

Hope joins Thomas to look at a design that may be the showstopper. She approves and Thomas marvels that she’s great to work for because she trusts her creatives. He admits she’s the inspiration for his designs and wonders if she ever thinks about his body. Hope says, “Of course not.” Thomas teases, “That’s not what I heard.” Hope gawps upon realizing he’s been talking to Paris. Thomas assures her that her secret it safe with him.

More: B&B star left ‘at a loss for words’

Next on The Bold and the Beautiful: Hope recalls a dark memory from the past, Steffy and Brooke square off, and Liam makes a touching request of Douglas. 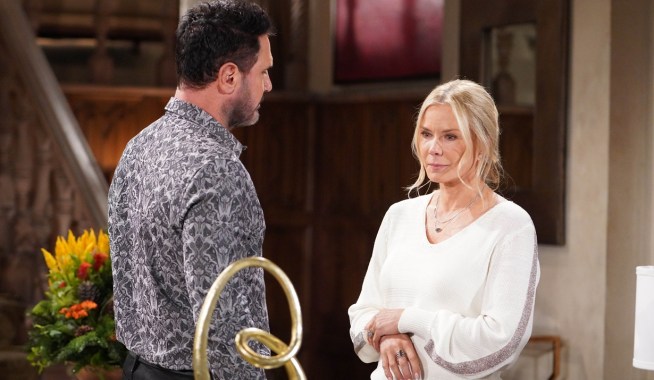 Brooke Grapples With Two Proposals — and Liam Issues a Warning 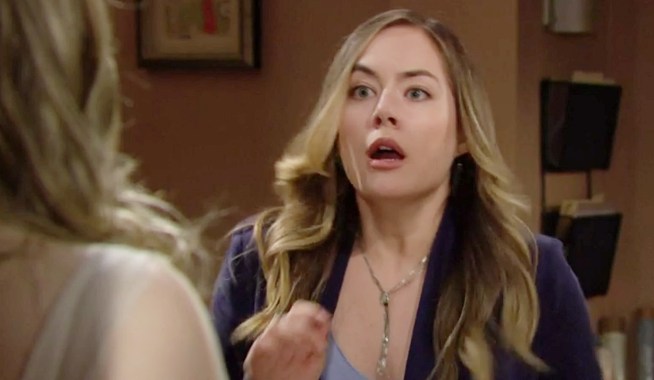