Monday, October 10, 2022: Today on The Bold and the Beautiful, Donna finds out exactly where Thomas stands, Douglas drops a major spoiler, and Brooke arrives just a little too late. Pulling away from Ridge’s kiss, Taylor can’t help but ask if this is really happening. “I’m never leaving you again,” insists Ridge. She wants to believe him, especially as he continues to declare his love. Finally, she admits that she loves him, too. 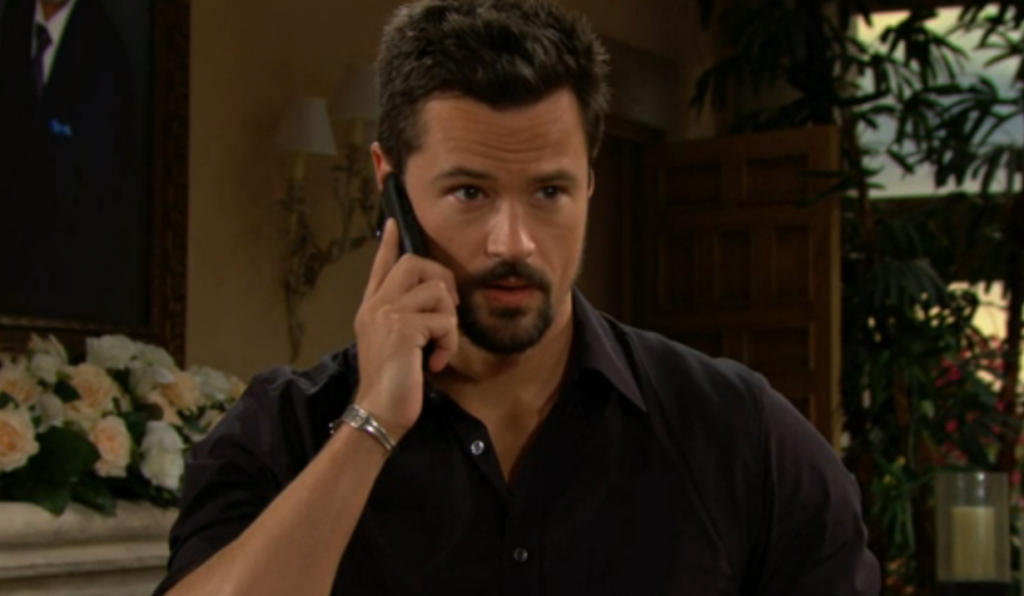 More: What Rena Sofer did to get us talking!

Thomas calls Steffy, who has been wearing a hole in the carpet of Bill’s house. (He’s totally gonna charge her for that.) Why hasn’t she given her brother an update? Steffy says there’s nothing to report yet. But clearly, they both hope Ridge being there means a reunion for their parents is inevitable. Their conversation is interrupted when he hears Donna and Eric entering. Needless to say, they are surprised to hear that Ridge has gone to Aspen. Eric says that while Steffy and Thomas may want to see their parents reunited, he is totally #TeamBridge. “They always end up together,” points out Donna. But Thomas insists the connection between Ridge and Taylor is now undeniable, and that this time, things will work out for his family. When Donna throws her support behind Brooke, Thomas is able to admit this will hurt her. “But she’ll find another guy,” he shrugs. “She always does!” (Ouch. True, but ouch!) “Everyone will end up happy,” Thomas insists. “My dad will finally be with the love of his life.” 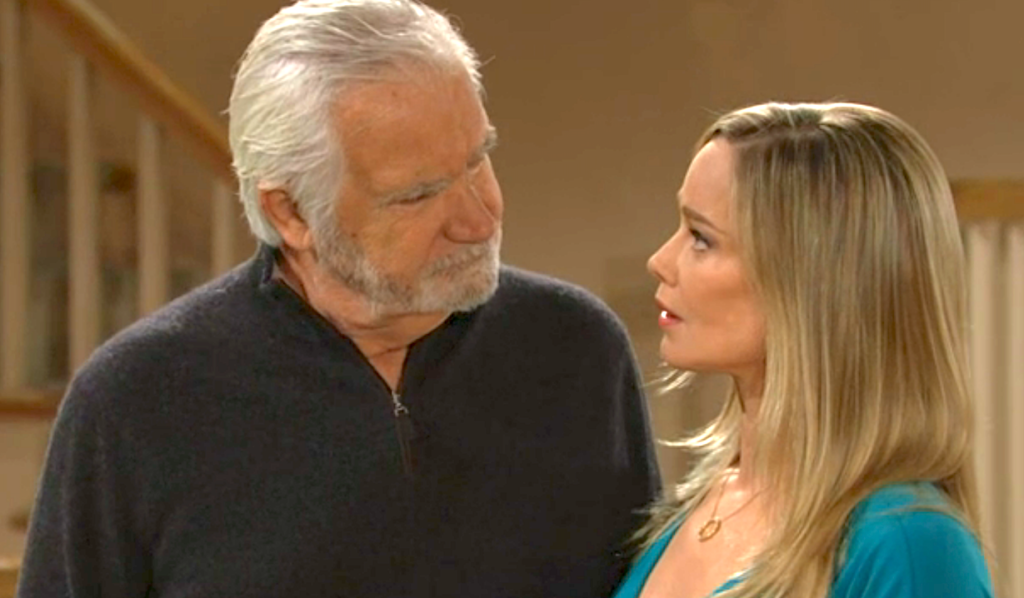 Donna is not buying what Thomas is selling. “You don’t think much of my sister, do you?” she asks. “No,” he answers honestly. Eric, always one of Brooke’s biggest fans, tells Thomas not to be like that. Eric points out that if there’s one thing he’s learned over the years, it’s that there’s always time for Ridge and Brooke to reunite. (And honestly, given his own history with Brooke, he would certainly know!) But Thomas insists Ridge is ready to be with someone who would never betray him: Taylor.

As the Forrester jet heads for Aspen, Brooke frets about her inability to get a wi-fi signal. (We, meanwhile, are left wondering why the jet is taking three days to reach Aspen this time when Ridge got there in approximately 1.5 commercial breaks.) Surely, she thinks, Ridge didn’t go to Aspen to reunite with Taylor. Brooke passes the time by reminiscing about her romance with Ridge (although, obviously, only the years since Thorsten Kaye stepped into the part). Finally, the pilot announces they are making their descent. 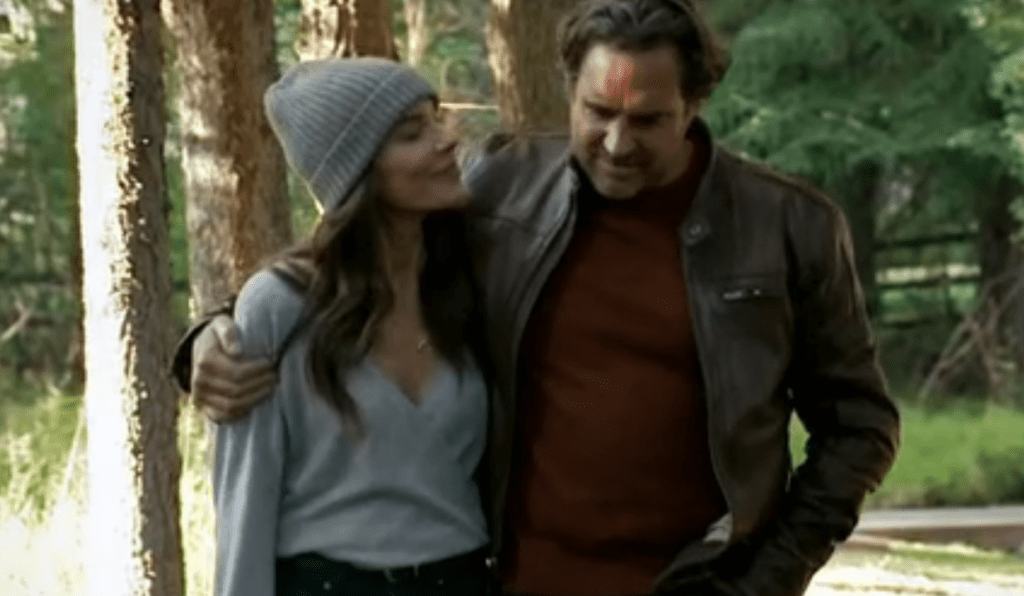 More: The battle over Douglas spills into real-life

Wandering through the woods, Taylor and Ridge celebrate their reunion. “We did it,” she exlaims. “We really did it.” And soon, they’re making out like teenagers and gazing lovingly into one another’s eyes, Taylor clearly having forgotten that only a day or two ago she was quite wisely reminding Steffy of how often this exact same scenario has played out, only to have Ridge eventually go running back to Brooke.

Unable to simply sit and wait for news, Steffy finally tracks her parents down. Ridge says that he flew to Aspen to have a moment with Taylor, and that this would be the first moment of the rest of their lives. Clearly gobsmacked, Steffy is overjoyed at the news that her mom and dad have finally seen the light and come together. “Thank you for being patient enough to give me another chance at this,” Ridge tells his ex-and-possibly-future wife. He pulls her into a hug, and Steffy joins the cuddle puddle. 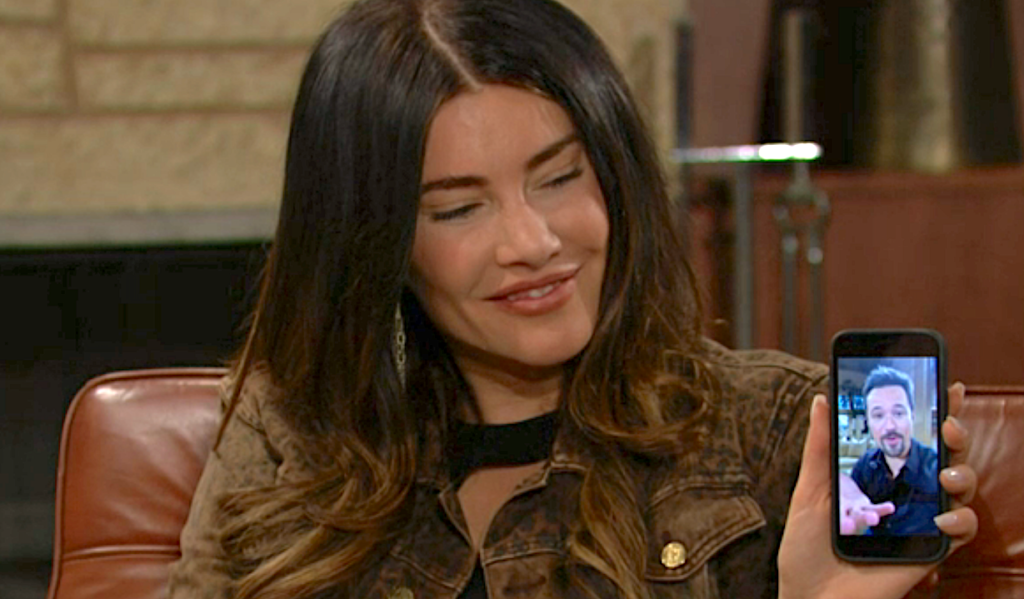 The trio head inside where Steffy spills the beans to Ridge that only a day before, Taylor had said she wouldn’t be going back to him. “This was one of those rare times that things just sort of work out the way they’re supposed to,” Taylor acknowledges. There’s much talk of the fact that Ridge had to chase her up a mountain (“Who runs up a mountain?”). “I just feel like everything’s in balance again,” admits Ridge. Steffy videochats Thomas, who is thrilled to find out that his parents are reunited. (It’s worth noting that despite the fact Ridge is a ginormous tool, he and Taylor are beyond adorable together thanks to the natural chemistry shared by Kaye and Krista Allen.) “I’m going to spend the rest of my days being humbled and grateful that this woman gave me another chance,” Ridge says… unaware that at that moment, Brooke is in a jeep heading for the Spencer compound. More: Did Bold & Beautiful really just ruin [Spoiler] for us?

Thomas is surprised when he hears Eric saying, “Douglas doesn’t have to do his homework.” Spinning around, he finds Douglas with his phone, using his voice-changing app. Thomas lectures his son that he needs to stop playing with the app. (Hmmm… perhaps because Thomas fears people will figure out that he’s used one recently, too?) Once Douglas has been sent upstairs, Thomas almost gleefully informs Eric and Donna about his parents’ reunion. “So Brooke didn’t get there in time?” asks Eric, cluing Thomas in on the fact that Brooke is in Aspen. But ultimately, he says, “Brooke is irrelevant anyway.” His dad is happier than he’s been in ages, now that he’s no longer weighed down by Brooke.

In Aspen, Taylor and Steffy head upstairs and Ridge, for no real reason, goes outside to take in the view. And just then, Brooke arrives. Not pulling any punches, Ridge cruelly tells his wife that he and Taylor have reunited. Brooke is clearly shocked. “I can see things clearly now, and I know where I need to be.” Brooke is having none of it. “I don’t care what promises were made,” she says. “You can take all of that back. It’s you and me. We are meant to be together. This isn’t the end of our love story!” But Ridge’s face indicates she might be wrong on that one…

Next on The Bold and the Beautiful: Ridge and Brooke deal with their major issues.

Sometimes, they come back… and sometimes they don’t. We’re looking back at some of Bold & Beautiful‘s most shocking (if not always permanent) deaths! 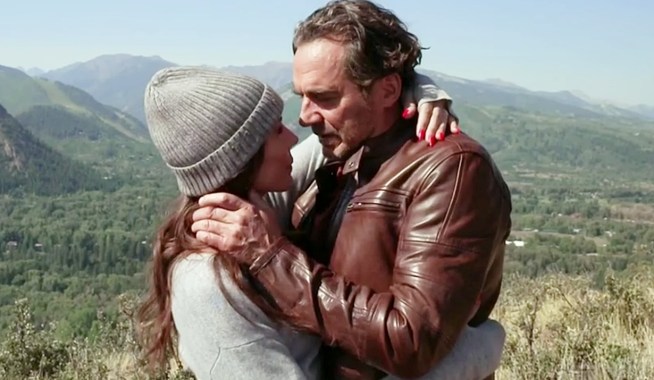 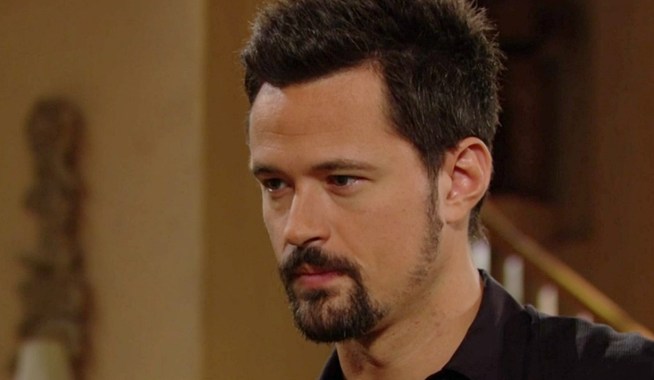