Friday, September 2, 2022: Today on The Bold and the Beautiful, Liam fears Thomas is manipulating Hope, Sheila eavesdrops, and Douglas tells Hope how much he loves being with his dad. 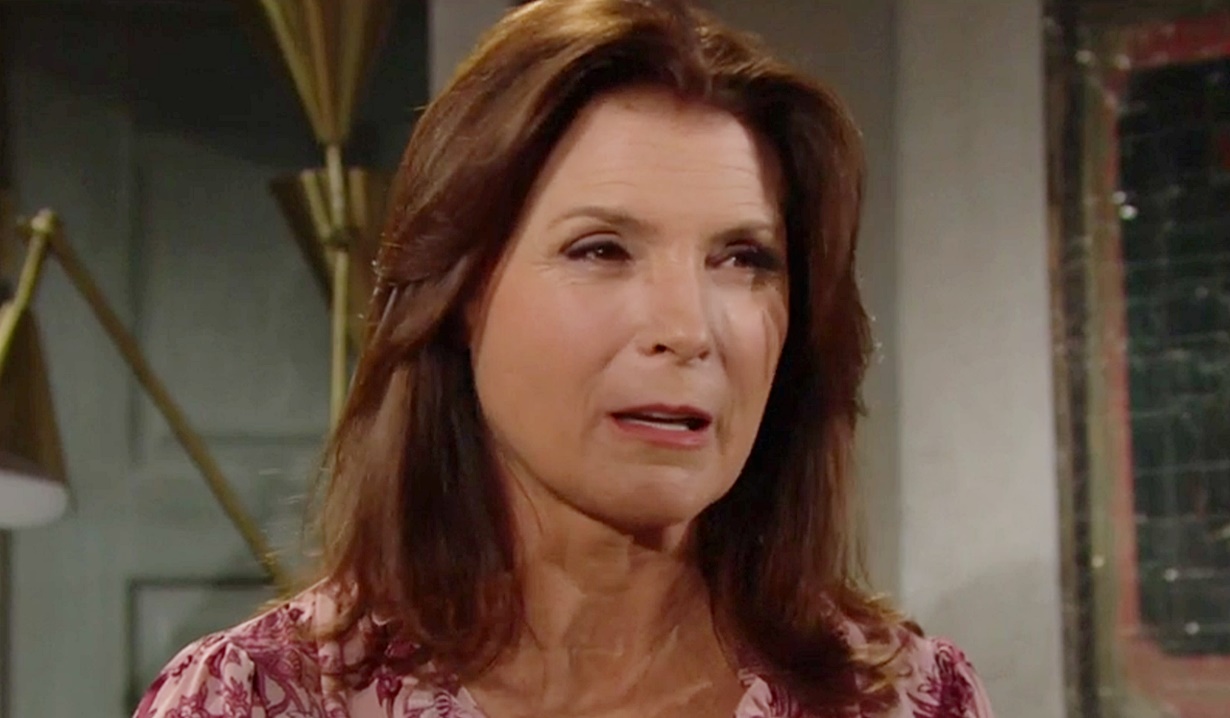 At Il Giardino, Deacon starts acting weird when he and Finn are talking. Finn asks if he’s okay and Deacon says he needs to handle something really quick. Across the way, Sheila notices Finn, who turns around to face in her direction. 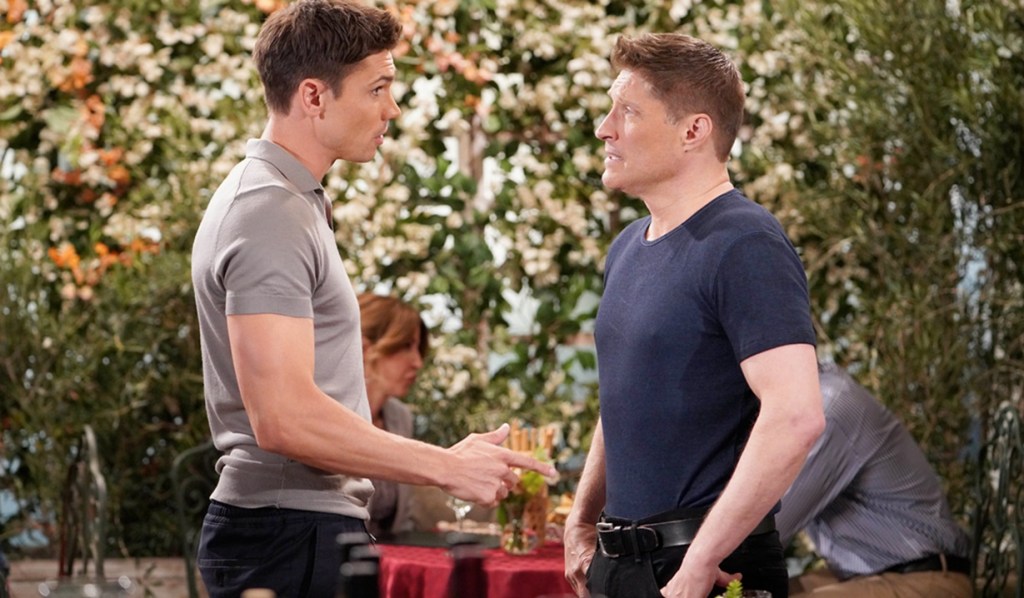 At Brooke’s place, she and Liam mock the idea of Thomas inviting Hope over to witness his amazing parenting skills. Liam’s not convinced he’s doing it for the right reasons. He admits there was a time when he believed Thomas had changed but the way he’s acting now is making him doubt it again. He worries he should have gone over there with Hope, but Brooke figures he only invited her daughter. Liam fears Thomas will exploit the fact that Hope will do anything for the boy. Brooke is sure there’s no way he will convince Hope that Douglas should live there with him. She insists she’s trying to look at Thomas in a different light but it’s hard because of the past. Liam argues it’s not just the past; he’s struggling with the way he’s acting now. They go over his obsessive and unstable past. Brooke feels they’re going backward. Liam will always have his guard up when it comes to Thomas and wishes Hope never had to interact with him at all — but that’s impossible because Hope and Thomas are Douglas’ parents.

At the Forrester mansion, Hope plays I Spy with Thomas and Douglas, who ends up telling his mom he’s glad she came and that he really loves spending more time with dad. He hugs Thomas. Hope learns from Douglas that Thomas made pancakes but hers are better, and that his dad and Eric tell great stories. Douglas wishes he could see his father every day and hugs him again. They keep chatting all of the summer things they’ve been doing together. Hope looks forward to another school year and Thomas kneels down to tell Douglas how proud he is of him and that he’ll always be ready and willing to help him with homework. The boy thanks Hope again for letting him stay there for so long — he really misses his dad when he’s not with him. Thomas misses him too. They share another heartfelt embrace as Hope looks on. 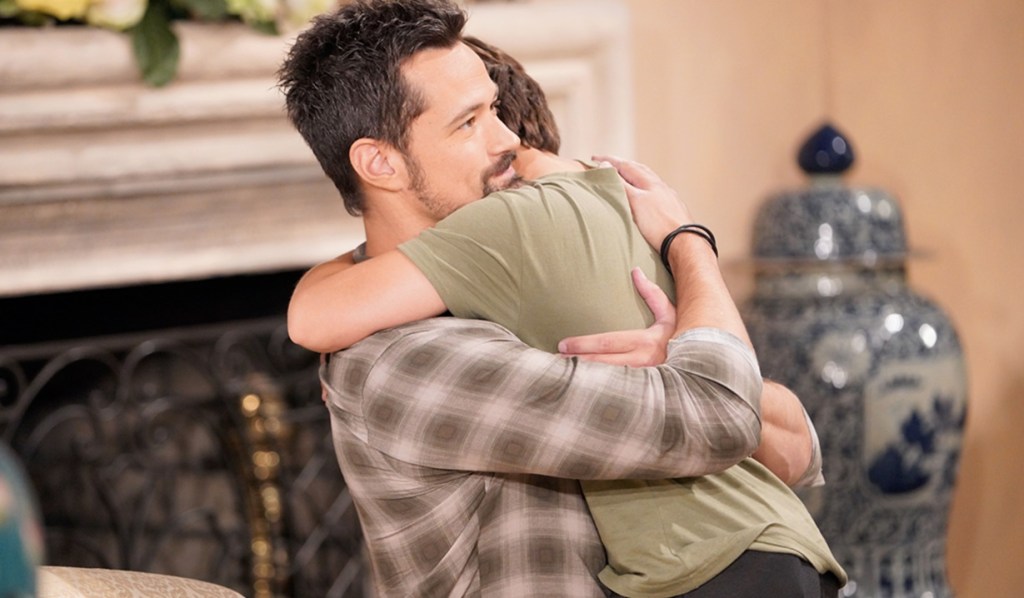 At Il Giardino, Deacon hovers and Sheila watches from the bar as Bill settles at the table with Finn and tells him he looks great after Sheila put him and Steffy through hell. Finn thanks him again for his help and recaps how he was instrumental in reuniting him with Steffy and the kids. Bill says it was his pleasure. He hopes Finn’s not there because he’s hanging around with “this bozo” (Deacon), who asks if he wants anything. Bill orders a scotch and tells Deacon, “Don’t spit in it.” Finn and Bill go over what a maniac Sheila is and Finn relays that he refuses to let her control his life — especially now that he’s dead. 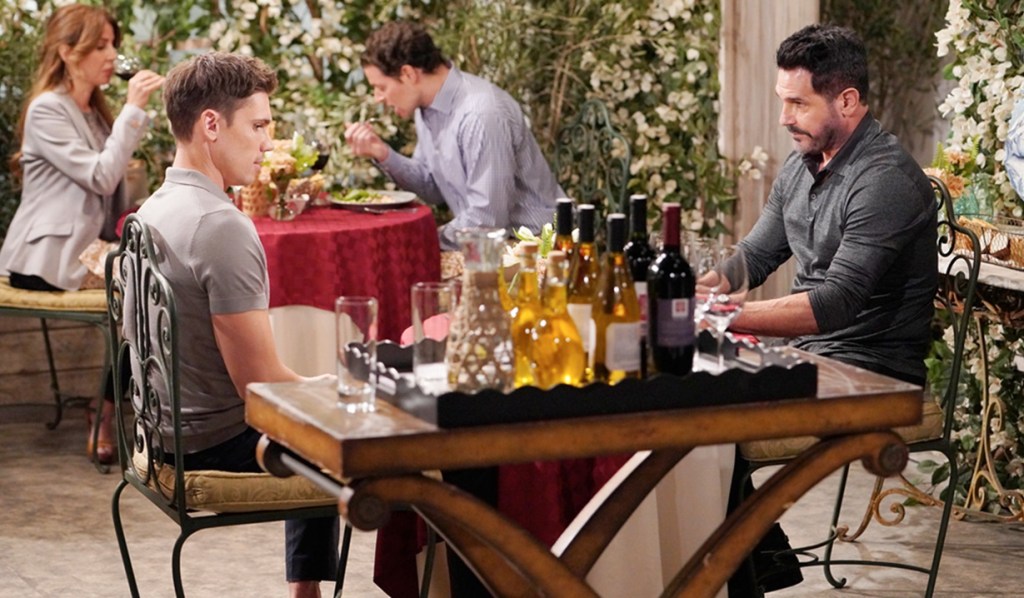 At the bar, Deacon hisses into Sheila’s ear, “Get out of here…now!”

At Brooke’s place, Liam recaps that Hope has been incredibly patient with Thomas. Brooke just hopes he’s not up to something and that he has Douglas’ best interests at heart. Even then, he shouldn’t be the boy’s full-time parent. Liam agrees. Brooke states that this is Douglas’ home and Liam, Hope and Beth are his family.

At the Forrester mansion, Hope and Thomas talk about what a great kid Douglas is, and Thomas tells her that he didn’t coach him on all the things he was saying about loving his time there. He wants to be the kind of father and man that Douglas can look up to and believes he can — he’s really straightened himself out.

At Il Giardino, Bill wonders why Deacon is hovering about their table and being so solicitous. Deacon gives Finn a beer and rushes off again. Talk turns back to Sheila and Bill can’t think of a more fitting end than her being torn to shreds like the animal she was. Finn muses, “That’s a pretty brutal way to go.” Bill pictures her hiding in the woods like the coward she is and then being eaten for breakfast. He feels she’s a certifiable maniac. Finn guesses maybe she was, but she’s also the woman who gave birth to him. “I wouldn’t be here without Sheila Carter.” 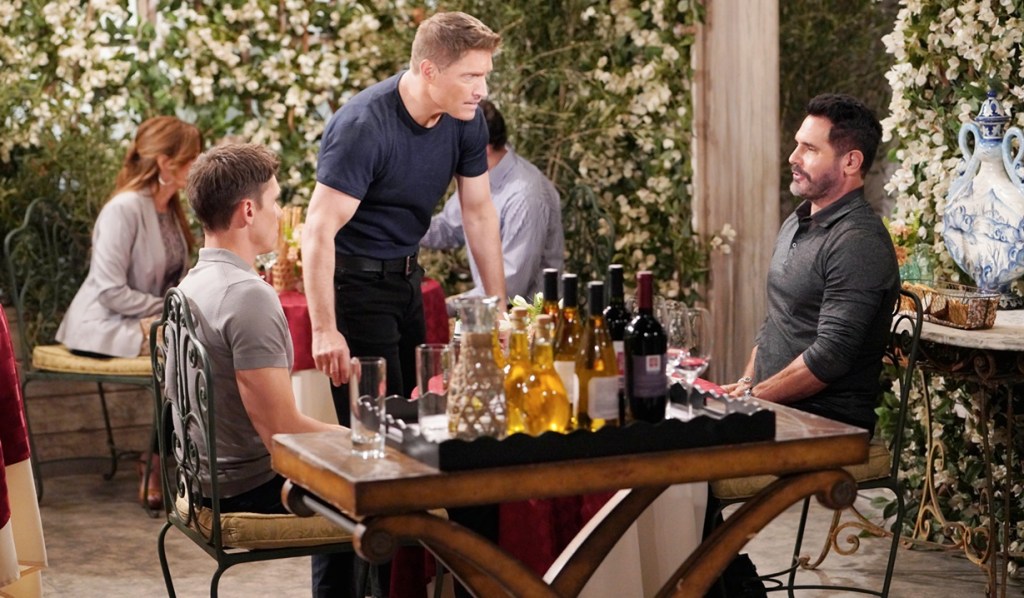 At the cabin, Liam waits for Hope to text him back and flashes to telling Hope that Beth is alive and Thomas knew and kept it from her. He recalls the ensuing fight and Thomas dragging Hope to the rooftop of Forrester Creations where he forced him to tell the truth. He whispers, “Don’t let him get inside your head.”

More: Plot twist ahead for Deacon?!?

At the Forrester mansion, Hope tells Thomas he believes he has changed. Thomas feels Douglas needs her, but he also needs him — he needs both of them. Hope thinks Douglas has been having a good time there but that’s because it’s different. His little sister is at home asking for him. Thomas thinks the ideal would be if Douglas could live with both of them but recognizes that’s not possible because she’s married to Liam. Unlike Liam or his father, he’s a one-woman man. “And that woman is you.”

More: An unthinkable relationship for Liam?

At Deacon’s apartment, Sheila shucks off her disguise. Deacon follows her in and rants at her — was she trying to get them thrown back into prison? Sheila only wants to talk about the blessing of seeing Finn. She’s convinced he had sadness in his voice and misses her. Deacon groans, “Oh, please.” Sheila protests, “My son still loves me. He’s sad that I died.” Deacon hollers that being in the same room with him was a huge mistake. Sheila argues it was better than she ever expected. Just to see him and know that he still cares about her… Deacon tells her to take it down a notch and enjoy the victory lap because it’s the last time she’s going to see Finn. Completely ignoring Deacon’s warning, Sheila enthuses that this changes everything. There’s no way she’s leaving Los Angeles knowing she could still have a relationship with her son.

At Il Giardino, Sheila hovers behind a blonde (played by Kimberlin Brown’s daughter Alexes) and Deacon nervously looks back and forth between her and Finn, who has been joined by Bill.

Next on The Bold and the Beautiful: Taylor gets caught up in a moment with Ridge and Sheila becomes disgruntled when Deacon accuses her of magical thinking. 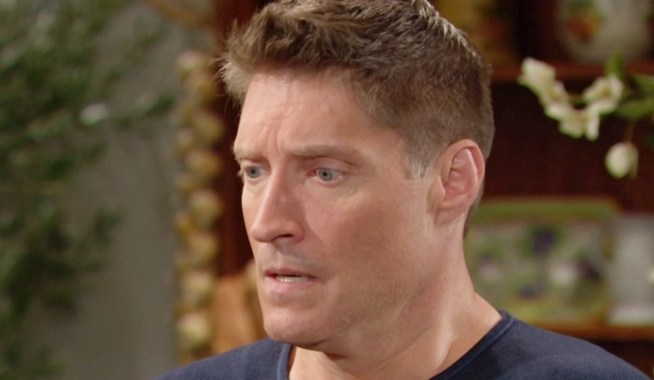 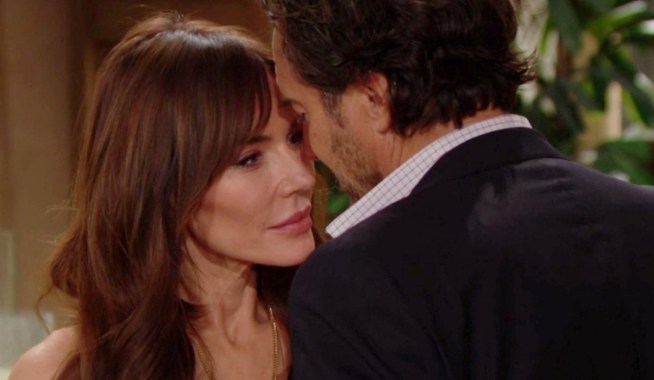