Tuesday, August 30, 2022: Today on The Bold and the Beautiful, Douglas' art project becomes weaponized, and Steffy tells Hope why things will always be messy between their families. 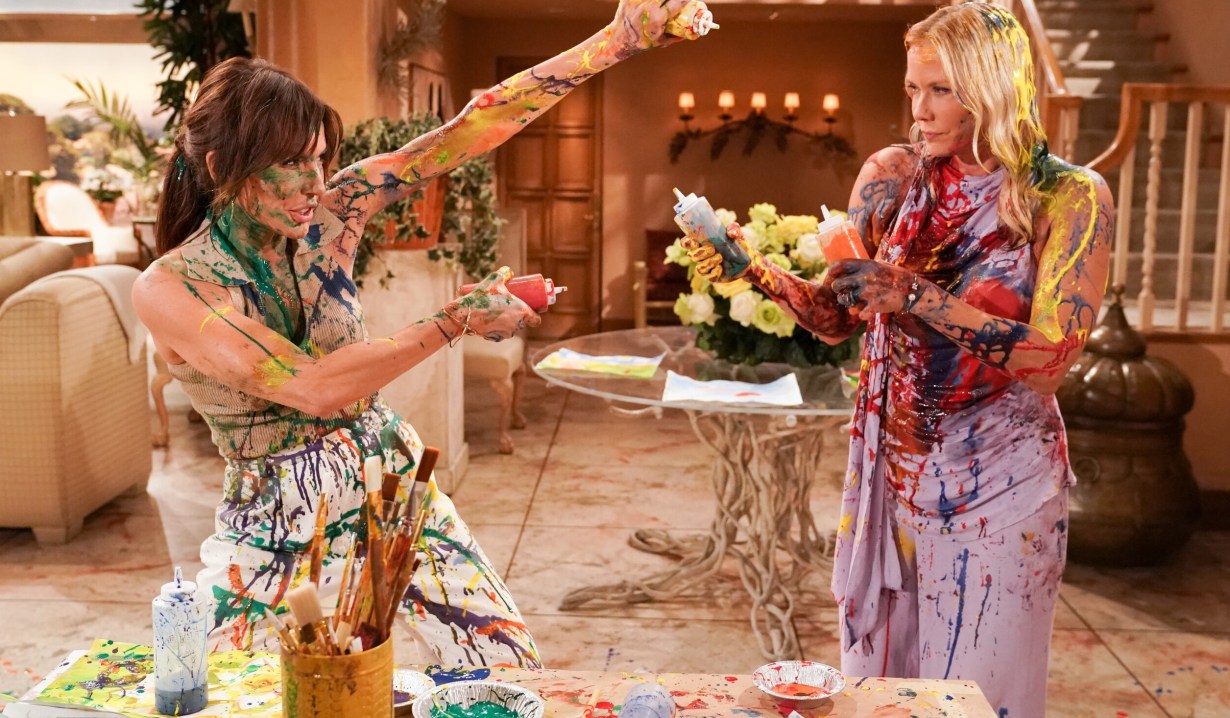 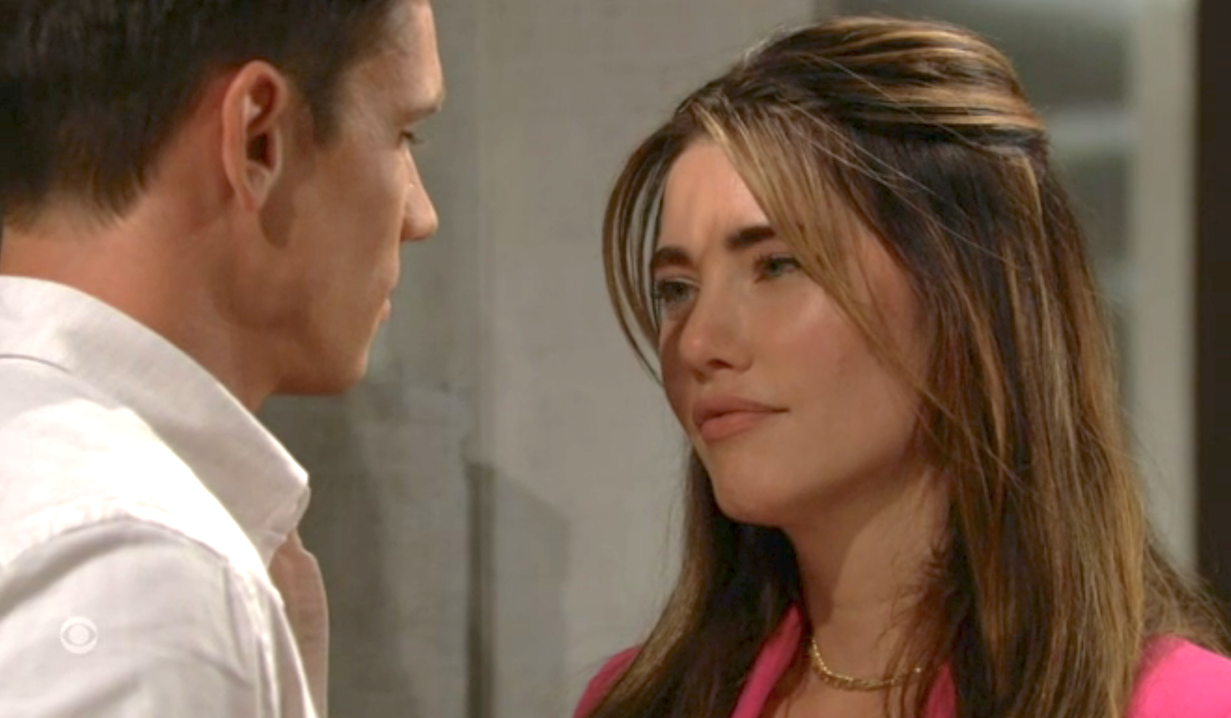 At the cliff house, freshly in from a surf, Finn pulls Steffy into his arms and they rejoice in the fact that they are finally back together. Eventually, they find themselves discussing the situation with Hope and Thomas, Steffy making it clear that she believes Douglas should be living with his father, period. 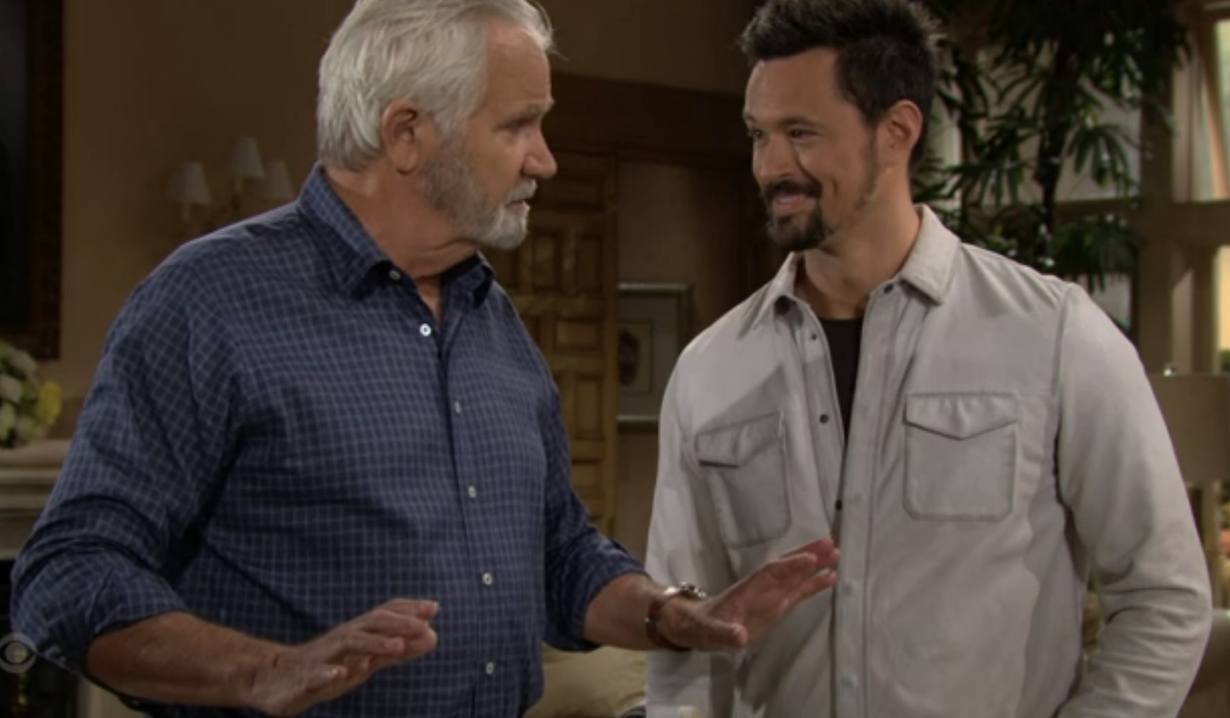 Meanwhile, at the Forrester mansion, Eric’s living room has been transformed into an art studio. Arriving, Taylor points out the picture she wants, but Douglas says that one is for his mom. He offers to make grandma Taylor something unique. Thomas points out they should call Hope, which Douglas promptly does. After he fills mom in on what they’ve been up to, Thomas takes the phone and says the boy is doing well. Hope suggests it is time for Douglas to come home, but Thomas reminds her that that the Forrester manse is a home and the child belongs there as much as anywhere. Hope starts to counter, but Thomas… hangs up!

More: Wait, was that really Rena Sofer’s exit as Quinn?

At home with Hope, Brooke is not pleased to hear how the conversation with Thomas went. She says that this is at least partly Taylor’s fault. Clearly, Ridge’s ex is using this as a way to come between him and his destiny. Not about to sit back and let this happen, Brooke says she’s going to head over to Eric’s house and find out exactly what the hell is going on.

At the Forrester manse, Douglas realizes that he needs black paint and glitter to fulfill Taylor’s special request, so he asks Thomas to take him to the store. Thomas agrees, although saying they need to set some ground rules about the glitter ’cause, as any parent will attest, that crap gets everywhere. Taylor realizes she has a conference call scheduled but doesn’t have time to get back to the office, so she settles onto the couch to take the call. Just as she finishes, Brooke walks in, laughs to herself bitterly and says she should have known she’d find “the ringleader” there. 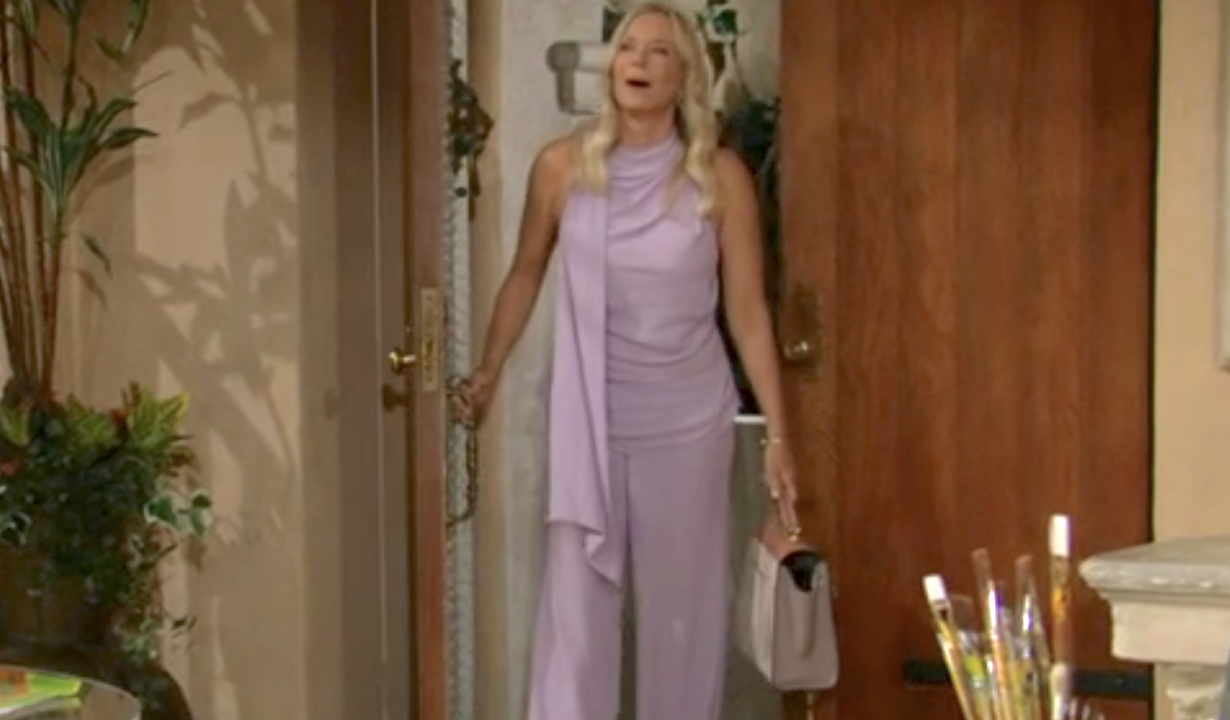 Hope arrives at the Forrester Creation offices to find Steffy sitting at the big desk. Hope says she was looking for Ridge, admitting that it was not to discuss business but rather the Douglas situation. Her hackles immediately rising, Steffy says that while she’s grateful for Hope having been there when Thomas needed help, it’s time for Douglas to be back home. The young women soon find themselves in familiar territory, with Hope asking why it always comes down to Forrester vs. Logan. Steffy points out there’s no way it can be about anything else, given that Brooke spent years chasing Ridge and married every man in the Forrester family. She indicates that the war between the clans isn’t ever going to end. 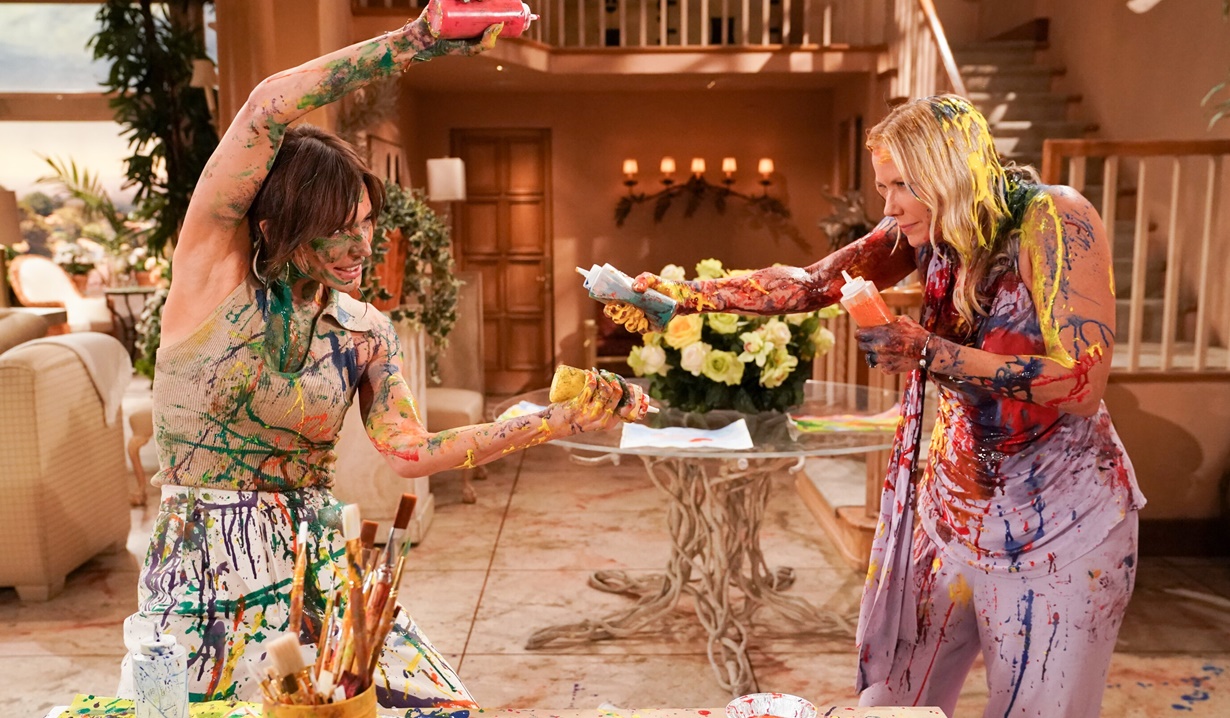 Speaking of the war between the clans, in the Forrester living room, Taylor and Brooke pick things up where Steffy and Hope left off. Each of the grandmothers stakes their claim, and each explains why Douglas belongs with their respective daughter. When it becomes clear they aren’t going to make any progress, Taylor tires to leave, but is blocked by Brooke. Her arms flailing in frustration, Taylor accidentally — or at least seemingly accidentally — splashes paint on Brooke. Seeing the look on the blonde’s face, Taylor can’t help but laugh. And with that, they are off to the races. Paint flies and things get ridiculously messy until finally they stop. Taylor admits she never saw this coming, and Brooke agrees. The big difference? Taylor meant the paint fight, while Brooke is referring to the other woman trying (again) to steal her husband!

Next on The Bold & The Beautiful, things escalate between Steffy and Hope, and Ridge comes across a very messy situation he needs to clean up!

This ain’t the first time Taylor and Brooke have had an epic battle. Check out their previous clashes in the crazy photo gallery below. 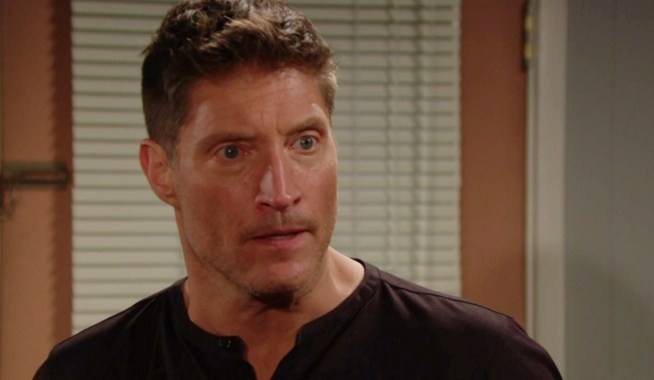 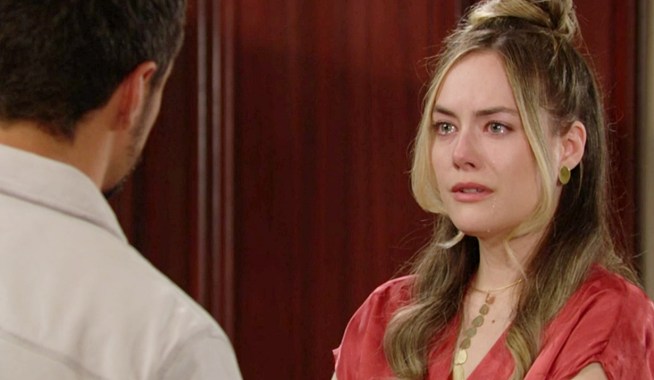