Friday, July 22, 2022: Today on The Bold and the Beautiful, Ridge and Taylor fret about Steffy, Finn roars at Sheila, and Li struggles to speak to Bill. 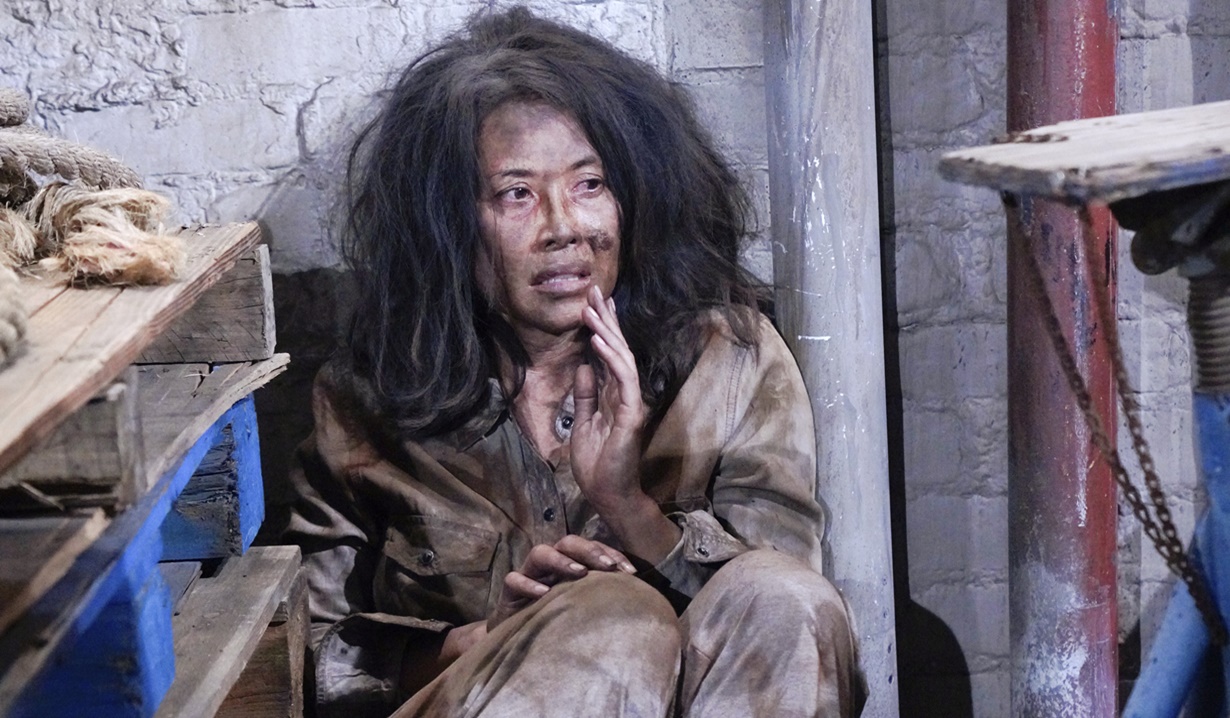 At the cliffhouse, Taylor breaks down in tears as she and Ridge discuss Steffy. Ridge feels it will take her a long time to get past the loss of Finn. Ridge hangs his head. He thought their daughter was doing okay. Taylor laments that was doing all the right things. Ridge bangs his fist on the table — this is all because of Sheila!

Taylor looks up the facility that Steffy’s in and assures Ridge she’s in good hands. Ridge wants to call her and then decides they should just get on a plane and go over there. Taylor reminds him that the doctor didn’t want contact. Ridge counters that she put herself in there. Taylor notes the kids are there and it must be a comfort to their daughter to have them close by.

More: Did B&B hint at a new power couple?/a>

In the room, Finn demands to know what Sheila did to his mother. She protests that there was nothing she could do for Li — her car was sinking in the bay! Finn roars. Is she saying she’s dead?!? “You killed my mother?!” Sheila goes over Li betraying her and complains it all would have been fine if she had agreed to let them treat him together. 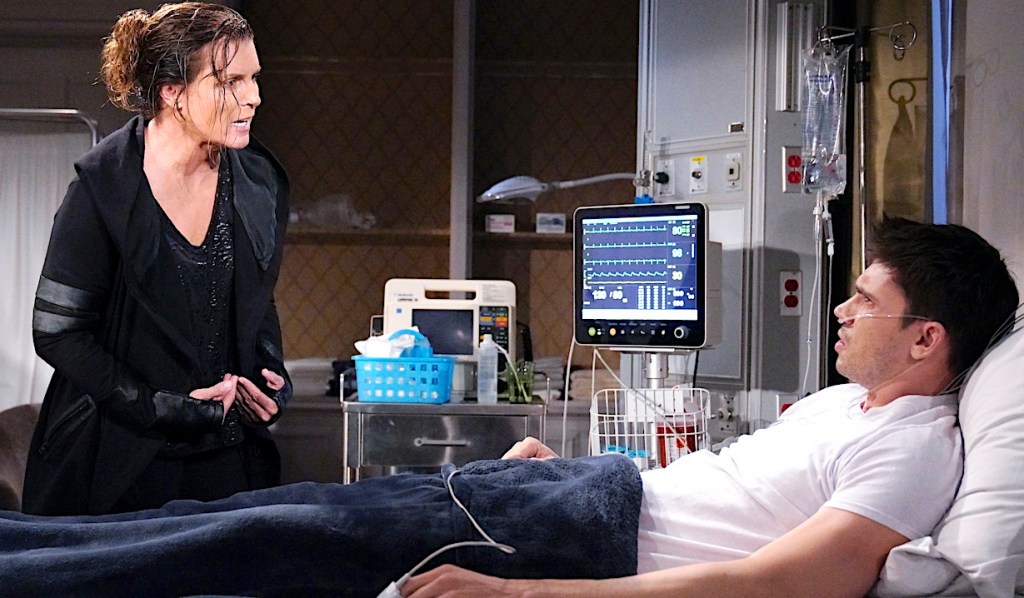 Finn declares that he hates Sheila. “You’re just some crazy psycho!” Sheila fumes that he shouldn’t talk to his mother that way. Finn hollers that she’s not his mother — she gave birth to him and that’s all — Li is his mother and always will be! Sheila glares.

At the wharf, Bill asks Li if she’s okay. She continues to cower, and he marvels, “Wow,” at the state of her. He introduces himself and asks if she’s injured. “You don’t have to be scared. You need some help. Will you let me help you?” Li regards him skeptically. 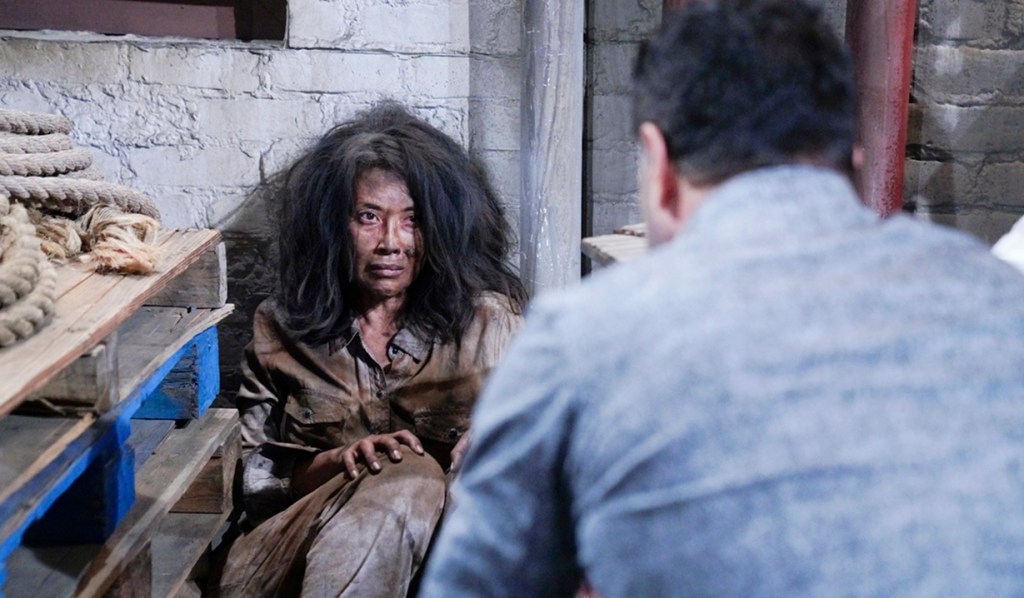 Bill kneels down and tries to ask if Li is hungry, sick… she’s clearly in bad shape. He implores her to let him do something for her. Bill doesn’t blame her for being afraid, it’s a crazy world out there. Li stammers for him to please help her. Bill will take her to his home — he has everything she needs there. “You can trust me, I promise.” He reaches out his hand and Li tentatively takes it. He assures again, “It’s okay. I’ll help you.” 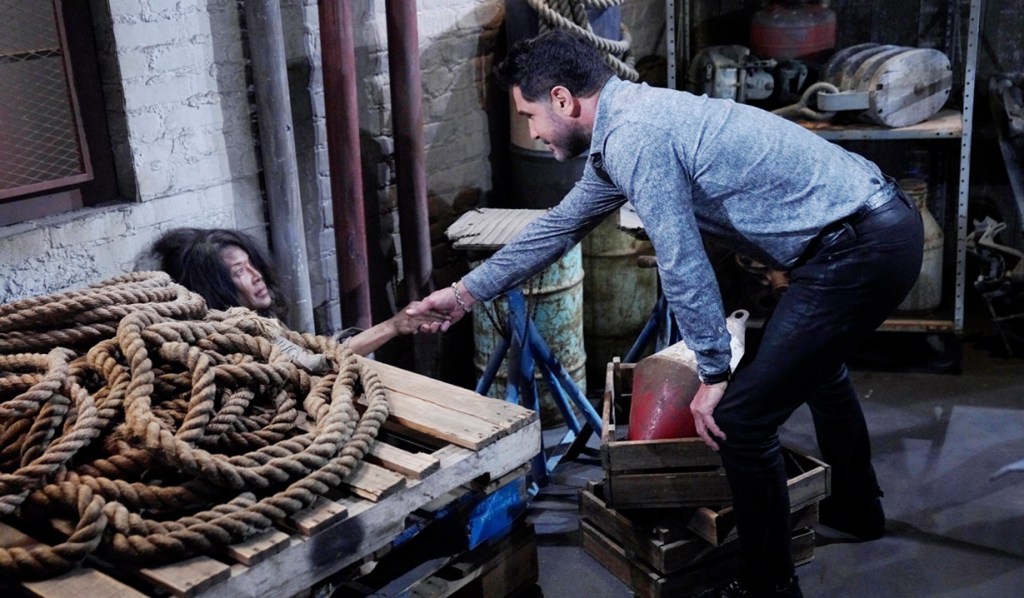 At Steffy’s house, Ridge agonizes over their daughter, and Taylor recaps that this has all taken a terrible toll — Finn was the love of her life! She feels that Steffy is grieving, not just for herself, but also for Kelly and Hayes’ loss. They recall how Steffy would light up when she’d see Finn. Taylor can’t help but think about what it would be like if Finn was still alive. Steffy’s life would light up again. 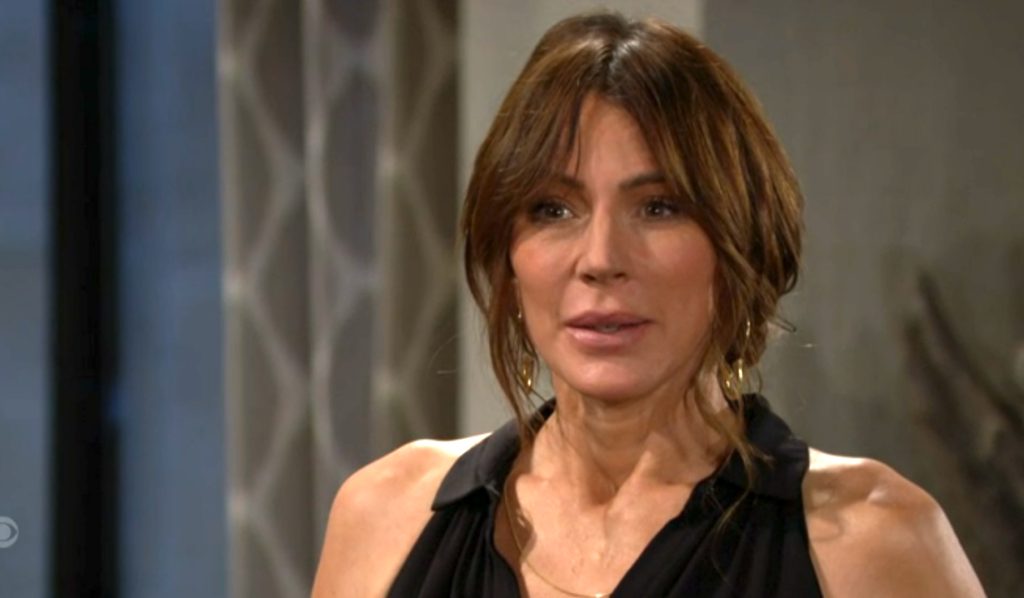 In the room, Sheila insists that Li’s death was just a terrible accident. Finn fumes just like the shooting was an accident. Sheila loves Finn and was chasing Li, but she never wanted to see her die. “Please, you have to believe me.” Finn will never believe a word she says ever again. Sheila will continue to try and prove herself to him, but he needs to stay calm… she doesn’t want to have to sedate him again. Finn demands to know where Steffy is. She says they’re out of town and they’re fine, but he asks if she’s lying. “Did you harm her? Answer me, Sheila! Did you hurt my wife?!”

At Bill’s place, he ushers a nervous Li, now wrapped in a blanket, into the house and urges her to sit on the couch. “It’s okay, it’s okay.” She sits and he’s pleased. He perches at the far end and tells her she’s safe there — he has security all over the place. No harm will come to her, certainly not from him. He wants to help her get better. “You really need to see a doctor.” She balks when he suggests taking her to the hospital. Bill asks, “Can you tell me your name? Anything about yourself?” He offers food and water and hopes she’ll trust him enough to tell him who she is and what happened to her. 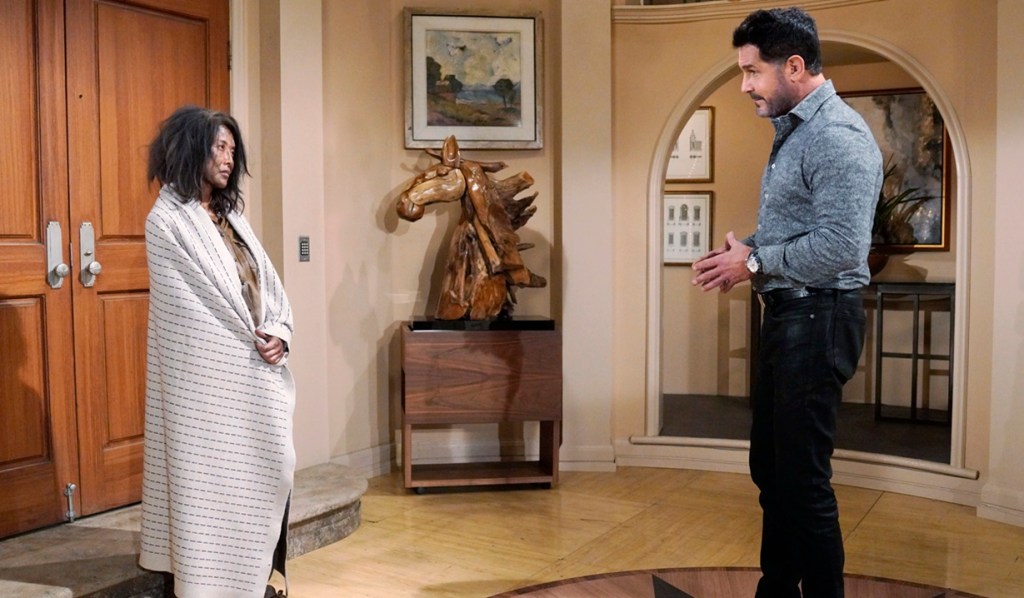 In the room, Finn demands that Sheila give him a phone so that he can talk to Steffy. He wonders how long she’s planning to keep him there and figures her delay is because she doesn’t want to go back behind bars where she belongs. Sheila fusses over him and clucks that she wants to make this up to him. Finn grabs her and rages, “You killed my mom!!!”
More: Preview: Will Finn survive?!?

At Bill’s, he gets Li some water and can tell she’s been through something very traumatic. Urging her to talk to him, he asks how she ended up in the alley and whether there’s any family he can call. “Do you have children?” Li gasps. Bill learns that she has a son. She tries to speak but can’t get anything coherent out other than, “I have…” 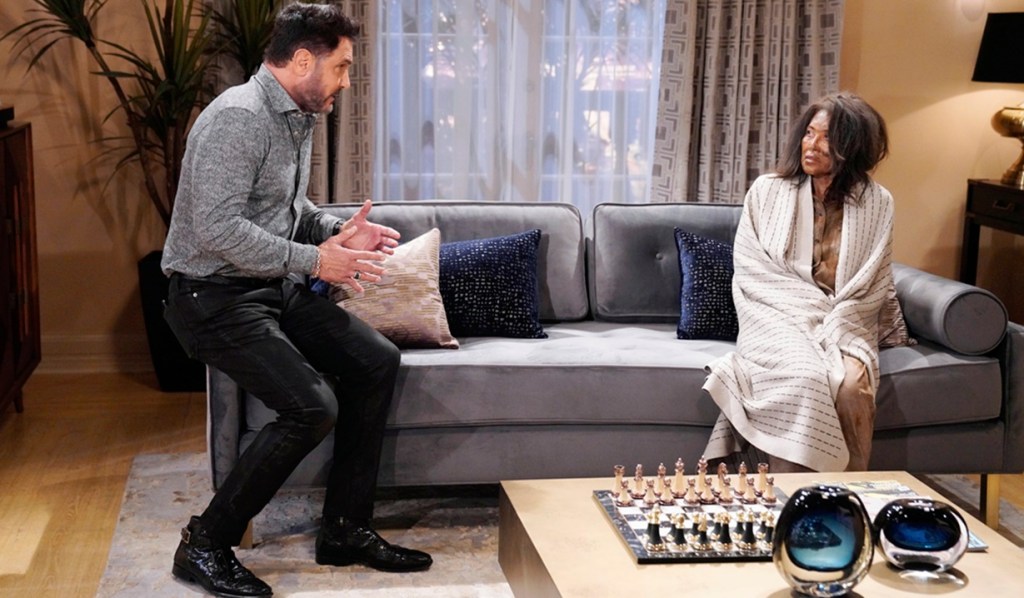 More: The upcoming B&B return we should have predicted!

Next on The Bold and the Beautiful: Finn fights for his life, and Wyatt and Liam discuss Steffy, Hope and Bill.

Don’t miss these LOL-worthy outtakes and bloopers from soap stars’ photo shoots in the gallery below. 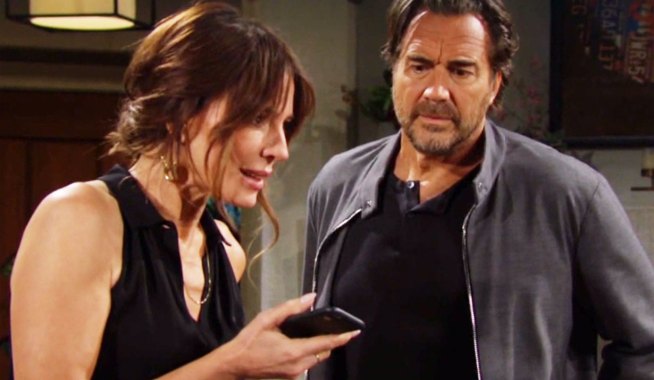 As Taylor Gets Bad News About Steffy, Bill Discovers Li Is Alive! 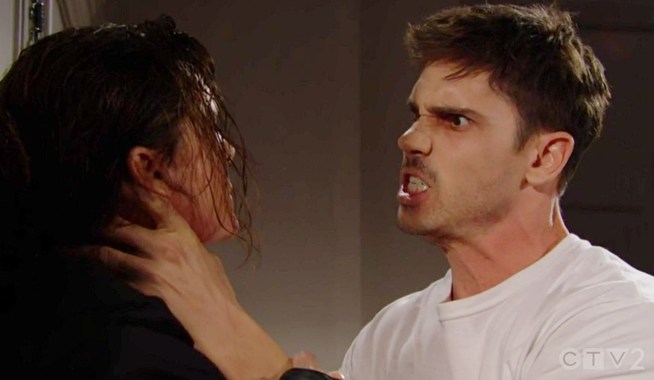