Tuesday, May 24, 2022: Today on The Bold and the Beautiful, Brooke and Taylor set their differences aside, Liam supports Steffy, and Li recalls how she saved Finn. 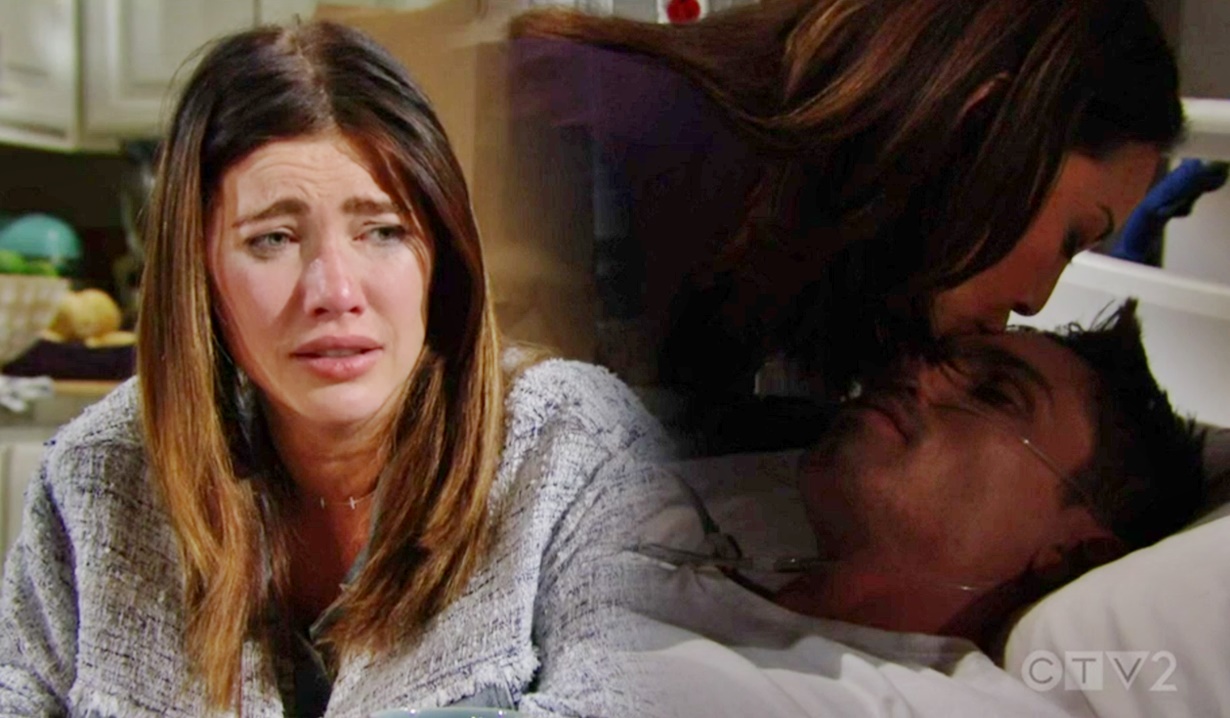 At the cliff house, Liam assures Steffy he’s going to be there for her. She’s not sure what she needs, but having him there to help her navigate this grief is enough. “How am I supposed to move on and raise a family without Finn?”

More: Sheila just got a ‘get out of jail free’ card

In her room, Li wipes Finn’s brow and tells him she’s not letting him go… not while there’s a chance. She tearfully adds, “And there is. There is!”

At the Forrester office, Taylor tells Ridge that Thomas was manipulated by Sheila. She reminds him that he wanted to tell them, but then the shootings happened. Ridge agrees that it doesn’t need to be public knowledge and they’ll deal with Thomas in private. Taylor startles as she notices Brooke appear in the doorway and asks, “How long have you been standing there?”

More: B&B fans push back against “Bridge” as destiny

Brooke says she’s been there one or two seconds and offers to leave if she’s interrupting. Ridge invites her in. Brooke tells Taylor she’s glad to see her and marvels at what she and Steffy had to do to get Sheila to confess. She still can’t believe it. Brooke asks if Steffy needs anything — she could take the kids and knows Hope wants to help too. Taylor reassures her and they reflect on the kids growing up without their daddy. Ridge declares Finn was a hero and they’ll make sure Kelly and Hayes know it. 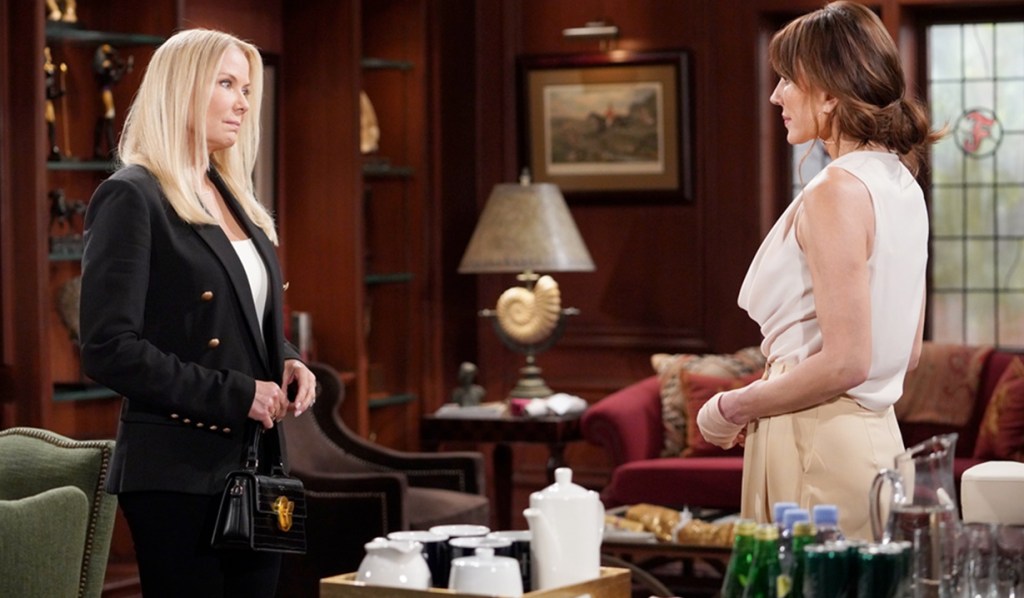 At the cliff house, Steffy thanks Liam for being there to help her tell the kids about Finn. Liam wanted to help answer Kelly’s questions. He assures her that Hayes will have father figures in his life, such as Thomas and Ridge, but if she needs him to play that role he will step up. Steffy thanks him. Liam mentions that Hope wanted to know if she needed any help planning a memorial service. Steffy has thought about it, but wants Finn’s mother, Li, to be involved.

In the room, Li tells Finn that they know now who did this to him. He doesn’t have to worry anymore; Sheila can never hurt him again. She recalls that she saved him; did all that she could. “It’s time to come back, Finn.”

At the cliff house, Liam answers Steffy’s door to Deputy Chief Baker, who hopes he’s not intruding. He has a brown paper bag with him. She asks, “Is that…?’ Baker confirms it’s the rings, wallet and purse Sheila took from them in the alley. Steffy cries as she pulls out Finn’s wallet and ring. She then gets angry. “That’s all Finn is now… things.” 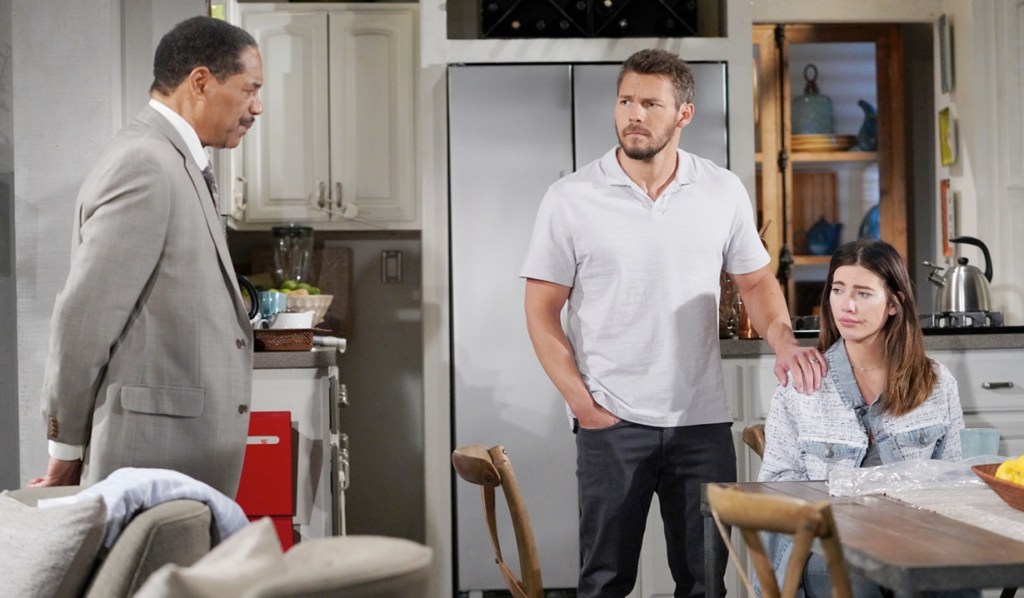 Baker didn’t want to upset her by bringing the items over. Steffy’s glad he did. Liam walks Baker out and Steffy takes the weddng rings out of the baggies and cries. She puts Finn’s ring over her finger and gasps, “Oh, Finn…” Liam struggles with his emotions as she explains, “I got him this wallet for his birthday,” and wipes away tears. Liam tells her she should save it; keep it for Hayes when he’s old enough. “It’s important. He’ll want it.” Steffy grimaces, “Until death do us part… It wasn’t supposed to be this soon.”

In the room, Li says to Finn, “They keep telling me that you’re gone, but not yet. And definitely not that night.” She flashes to the hospital, where she stood over Finn’s body as the doctor told her the paramedic managed to get a weak pulse, but there is no brain activity and they’ve done everything they can to save him. “There’s no chance to revive him.” Back in the present, Li says, “They may have given up on you, but I didn’t.” She hopes he can hear her and knows he’s just as determined as she is. “You’re a fighter. Keep fighting.” 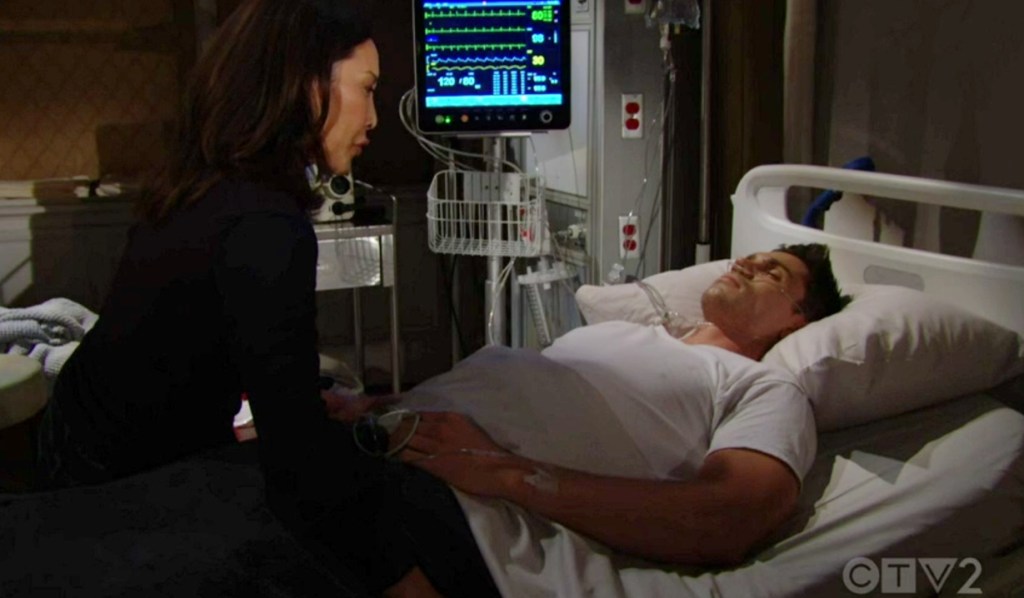 At Forrester, Taylor thanks Brooke. It seems her main concern is Steffy and the kids, and Sheila attacked her too. It was beyond cruel what she did to Brooke, a recovering alcoholic. Taylor wants to be there for her. Ridge is glad they’ve found a way to put their differences behind them for Steffy and the kids. “She needs to know she’s not alone.” 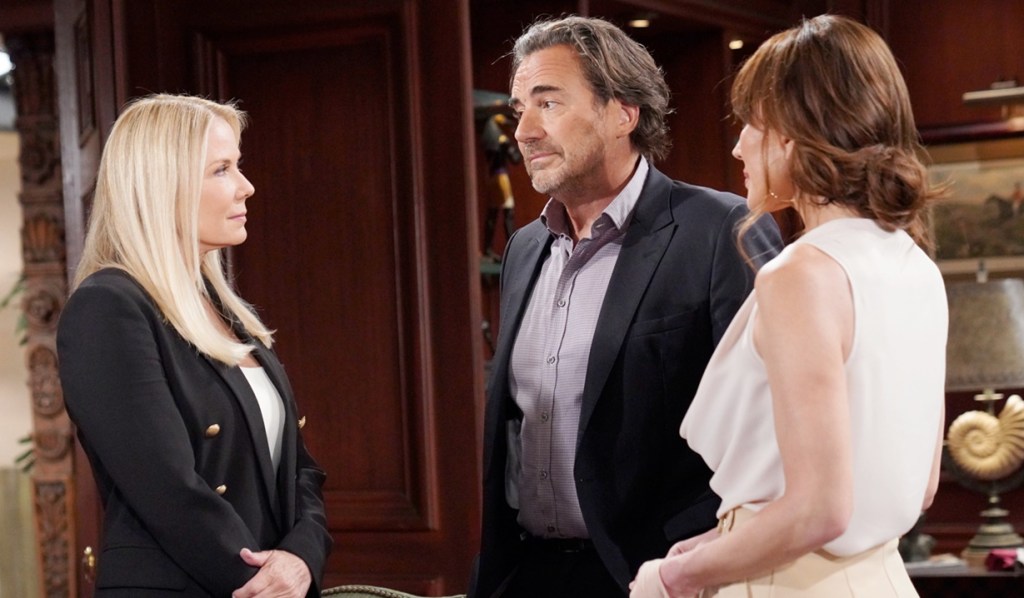 At the cliff house, Liam reminds Steffy that Finn will live on in the people who loved him. She flashes back to his proposal and their wedding. “If you had told me then how little time we’d have…” Liam declares it’s not fair; they should have had decades together. Steffy marvels that they woke up that day with their lives ahead of them. She cries, “We were supposed to grow old together, and now he’s gone…” She has to find a way to accept it… his death. 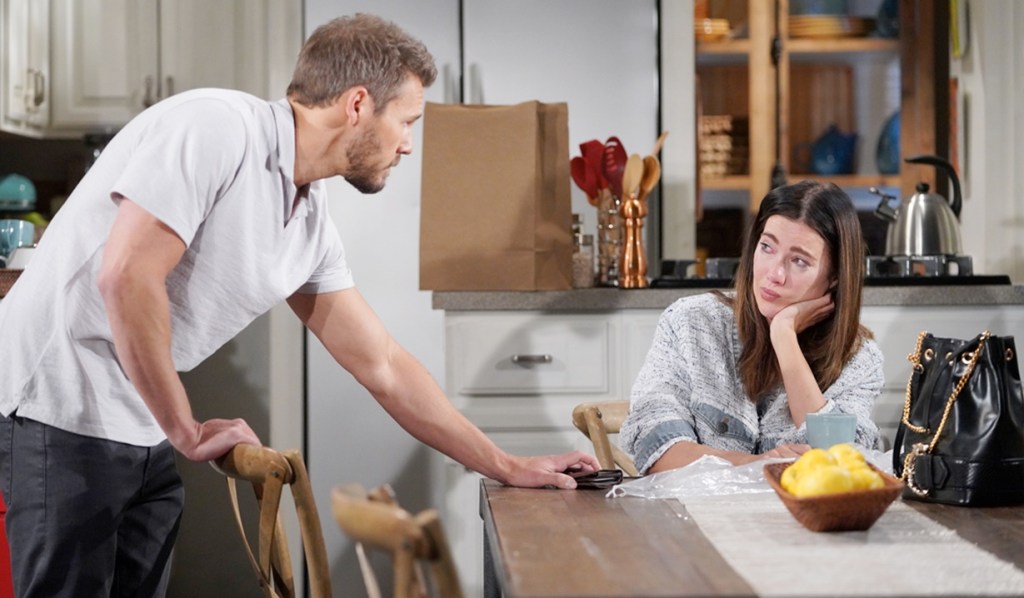 In her room, Li reflects on the twist of fate that she was working the night of the shooting and the ambulance brought Finn to her hospital instead of Steffy’s. She recalls smuggling him out of there, and signing the death certificates so no one knew. “They all think you’re gone, but you’re not. I won’t give up.” She feels many people would have given up, but not a mother. “Not this mother.” Li recalls how proud she was when he graduated medical school and got the ER job. But he got caught up in Steffy’s world; the Forresters and all their baggage. After all those years of her raising him, his birth mother showed up demanding to be in his life. “A life she tried to take. I could have lost you. But you’re safe now.” She’ll always protect him… whatever it takes. “I’ll never give up on you, Finn. Never.”

Next on The Bold and the Beautiful: Brooke worries to Hope about the amount of time Liam is spending with Steffy, and Steffy looks to Li for closure.

It’s Brother’s Day! Take a look at soap stars and their male siblings in the photo gallery below. 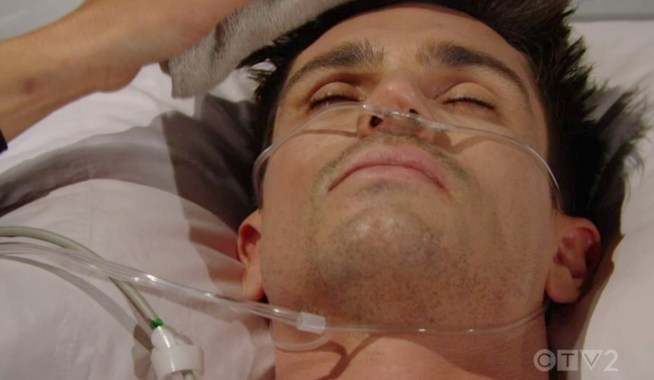 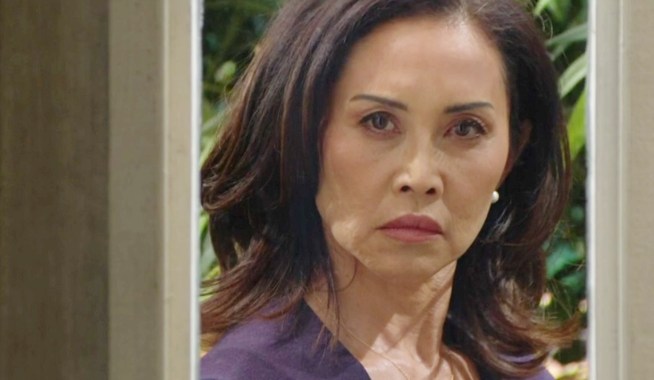