Thursday, May 19, 2022: Today on The Bold and the Beautiful, Brooke gives Liam and Hope a stunning update, Eric has news for his wife, and Steffy's displeased with Ridge's decision. 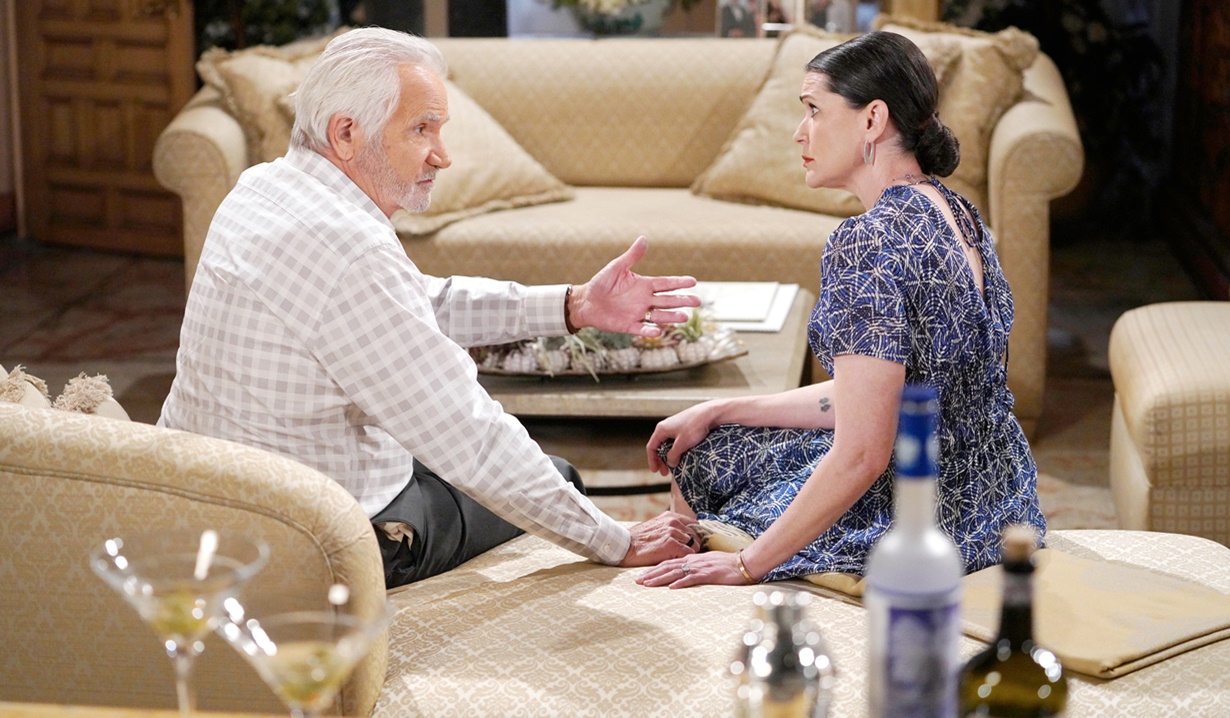 At the cabin, the kids are asleep, and Hope’s opened a bottle of wine. She hugs Liam, who holds on tight. Hope asks, “What’s going on?” He explains that Finn is gone and Steffy’s life will never be the same, which means their lives will never be the same. Just then, Brooke walks in. She’s sorry to interrupt, but says they’ll never believe what’s happened. Hope asks, “Is it something between your and Ridge?”

At the cliff house, Taylor’s distracted. Knowing she’s thinking about her dad, Steffy assures, “He’ll be here soon.” They are going over what a big shock it must have been for Brooke when Ridge arrives and says, “It was.” Taylor asks what happened with Brooke.

At the Forrester mansion, Eric paces and looks down at his wedding ring. He flashes to telling Donna she brings such positivity to his life as she perches on his knee in lingerie. Quinn appears and asks if he wants to come up to bed and get one of her famous backrubs. Eric declares that there’s something he needs to tell her — something she needs to know. “It has to do with my granddaughter.” He reveals that Steffy regained her memory and remembers what happened that night. “Quinn, it was Sheila. Sheila was responsible for the shootings!” Quinn gawps, “What?” She shouldn’t be surprised, but putting a bullet in your own son is diabolical on another level. Eric explains that Finn took the bullet meant for Steffy. His heart breaks for her that she’d lose the man she loves in such an awful way. Quinn throws her arms around Eric. 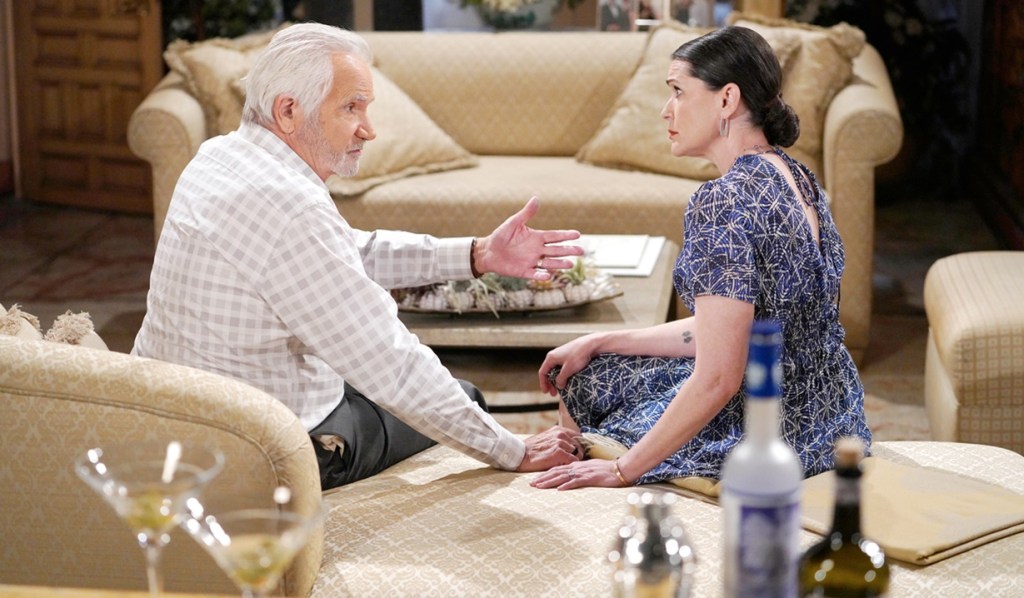 At the cabin, Brooke tells Hope and Liam that Steffy finally remembered who shot her and Finn. She’s positive, plus they confessed. Hope asks, “Well, who was it?!” Brooke levels, “Sheila.” Liam marvels that all that time Steffy was laying in the hospital and Sheila was there all misty-eyed, she was the one who put her there in the first place. Brooke remarks that it’s scary knowing how close she was to killing Steffy. Liam suddenly remembers finding Sheila in Steffy’s hospital room fiddling with the buttons on her IV. Brooke gasps, “What?!” Liam wonders what would have happened if he hadn’t walked in there. Hope worries that Sheila seems to get away with everything. Brooke assures her Sheila will stay behind bars this time. She reveals that there’s more too… Sheila was the reason she drank on New Year’s Eve. 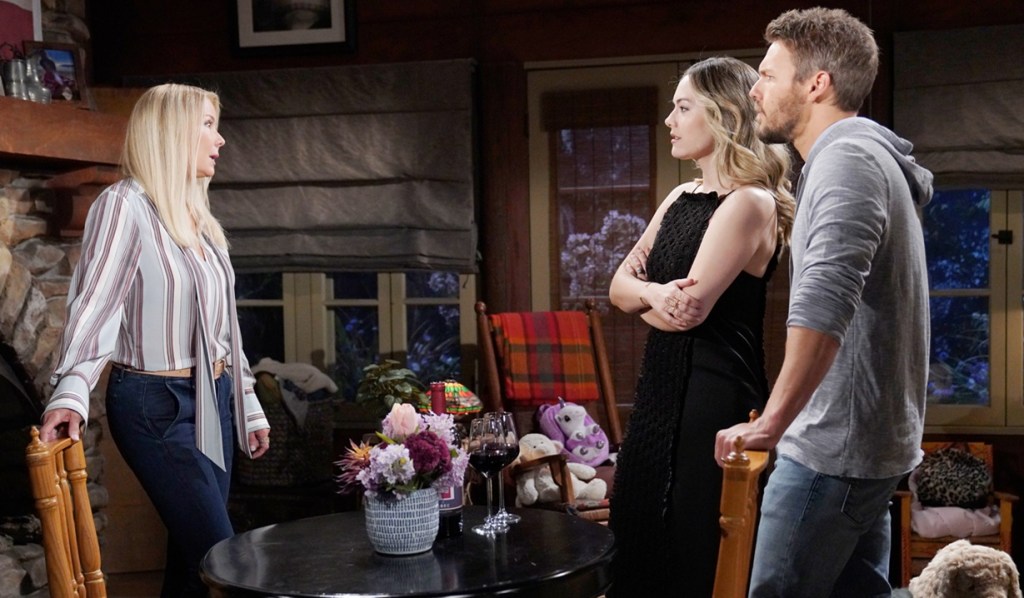 At the cliff house, Ridge tells Steffy and Taylor that Brooke was blown away. Steffy will hate Sheila forever. She asks if he told Brooke everything… that Sheila got her to drink that night. Ridge nods. It was hard watching her realize that Sheila turned her whole life upside-down. Ridge goes over Brooke beating herself up for falling off the wagon when she was manipulated by this woman all along. Taylor regrets not seeing that Sheila was incapable of change. “I was so wrong.” She feels for Brooke. Steffy agrees. They all feel terrible about Brooke, but she hopes things haven’t changed between her father and Brooke or him and her mom. 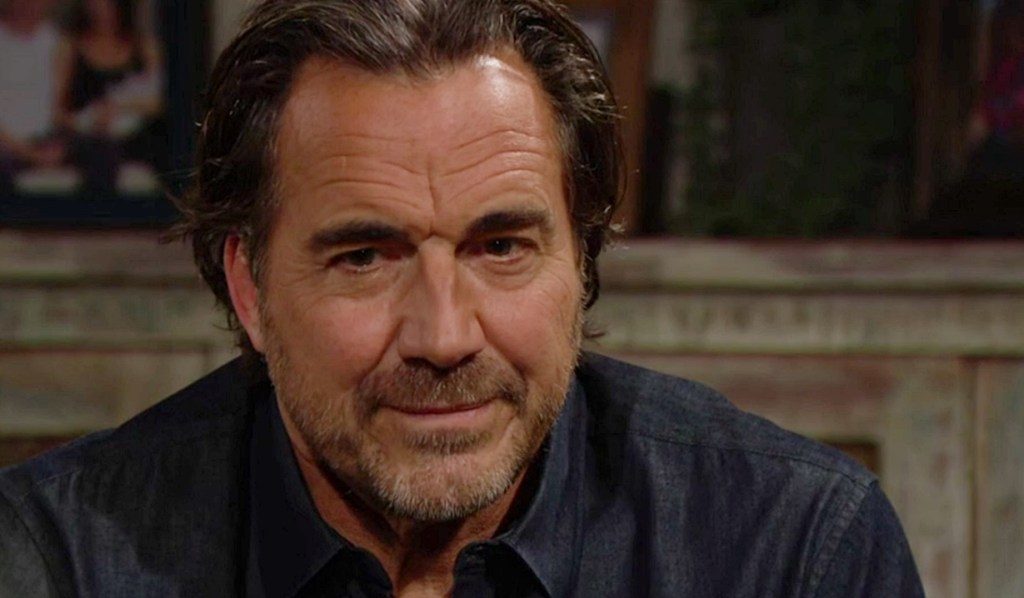 At the Forrester mansion, Quinn learns from Eric that Brooke was harmed by Sheila too. He explains that when she fell off the wagon and turned to Deacon that was all Sheila’s doing. She just sat back and watched Brooke’s life fall apart with a smile on her face no doubt. Eric still has a lot of questions but didn’t want to press Ridge. Quinn learns that his son will be staying there for a while. He has a lot of thinking to do. Quinn muses, “Where Brooke and Taylor are concerned.” Eric’s delighted he’s reconnected with Taylor but he’s convinced Ridge and Brooke belong together. Quinn wonders what will happen between them now that Sheila’s been revealed as the reason Brooke drank.

In the cabin, Hope and Liam declare that Sheila is evil, there’s no other word for it. Liam asks why she targeted Brooke. The blonde isn’t sure, but whatever her plan was it worked — her life imploded! Hope rails that Sheila needs to be locked up for good! She asks if Ridge is finally coming home now that the truth is out. Brooke declares that she and Ridge love each other very much, but he’s not coming back to her. The good news is that he’ll be living at Eric’s. He needs time to think. She has faith he’ll choose a life with her and not with Taylor.

At the cliff house, Taylor asks Steffy not to pressure her father. Ridge assures her they’ll always be a family. Steffy’s talking about the two of them. She feels they’re happiest when they’re together and wants to hear that Ridge’s time with her mom isn’t going to be erased because of what Sheila did to Brooke. She reminds her father that Brooke still turned to Deacon and betrayed him. Ridge knows they want answers. It’s been great being there with them, but he needs some space. He’s going to live with his dad for a while. Steffy’s irked. “You’ve been so happy here!” Taylor thinks it’s smart for Ridge to take time to process everything that’s happened. She tells him that whatever happens, the time that they’ve spent together has been a beautiful reminder of who they are together. “I like us… a lot. You’re my best friend, and you know I love you. I will always love you… no matter what.” Ridge grunts, “Come here,” and pulls her into an embrace. 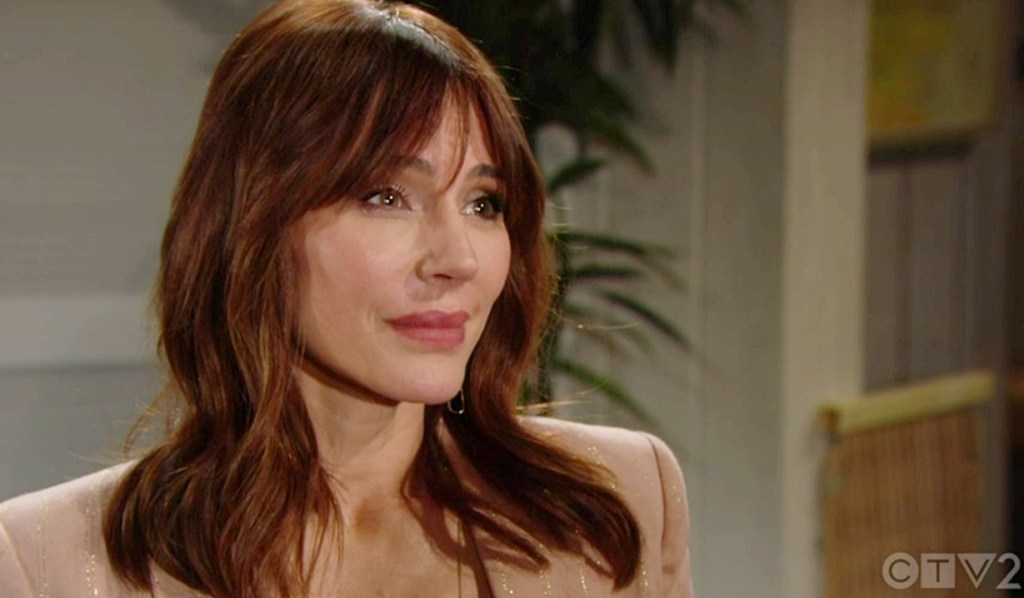 At the cabin, Brooke tells Hope and Liam she’s confident that it’s only a matter of time before she’s back in Ridge’s arms.

More: Fans react to Brooke and Ridge as ‘destiny’

Next on The Bold and the Beautiful: Thomas breaks down and makes an admission to Ridge, and Brooke gets face time with Sheila in prison.

Look back over the life and loves of Taylor Hayes in the photo gallery below. 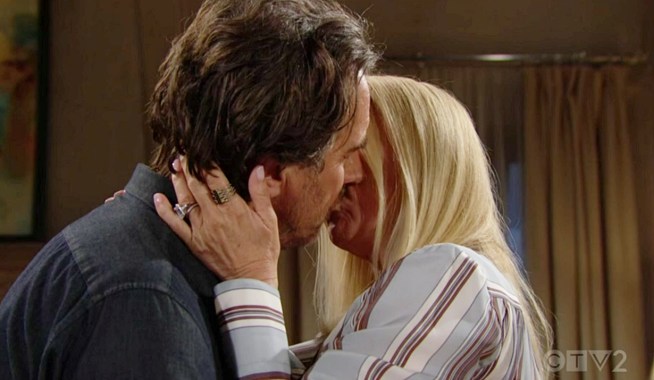 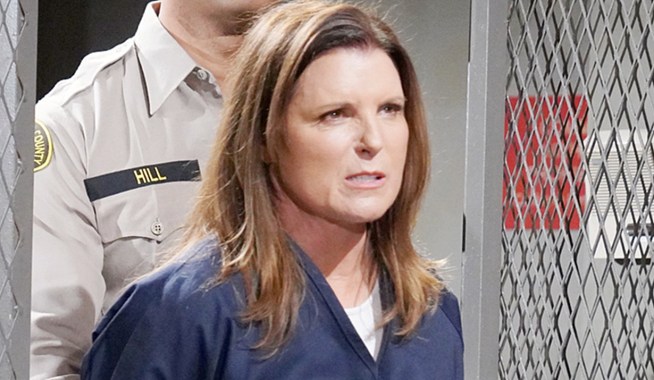