Friday, April 29, 2022: Today on The Bold and the Beautiful, Bill arrives at the hospital, Steffy shares an emotional reunion with Hayes, and Deacon invites Sheila to use him. 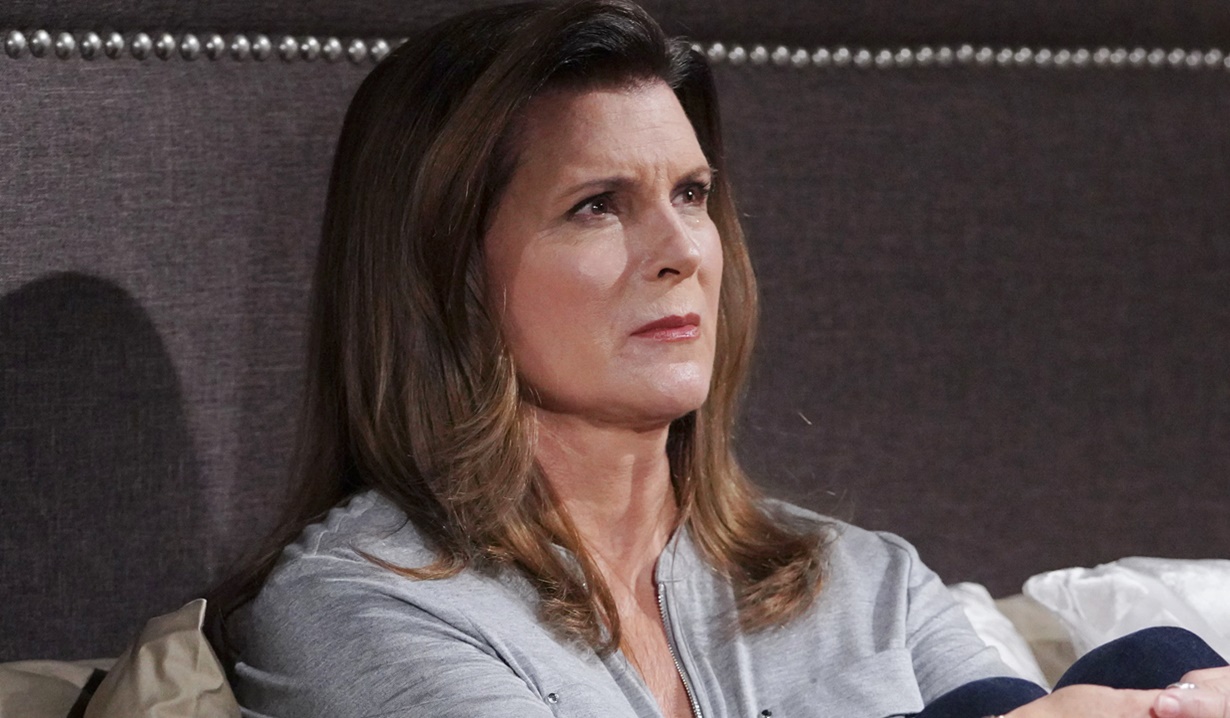 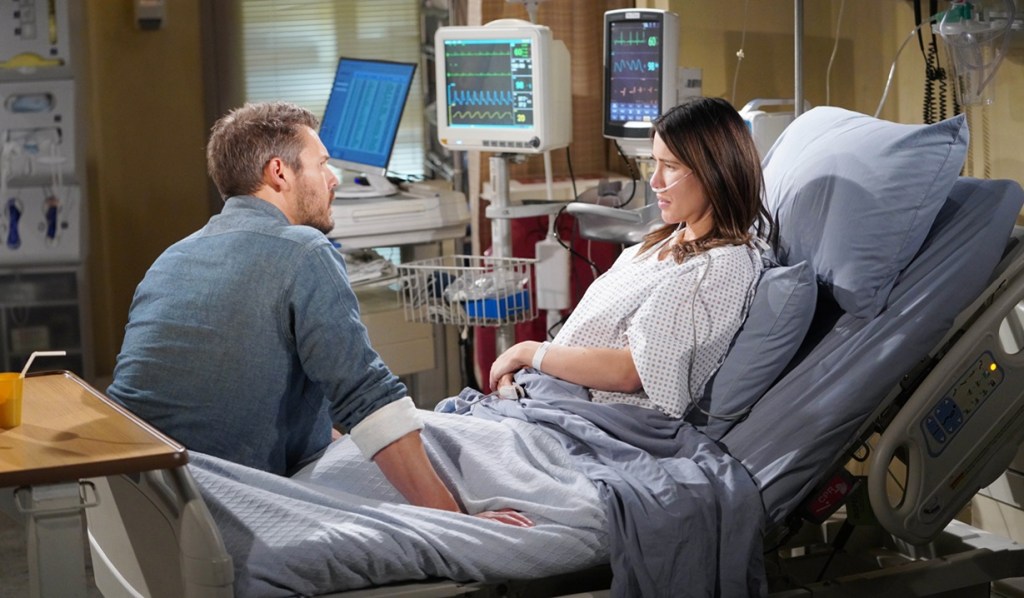 In the waiting area, Taylor tells Brooke that Liam’s still with Steffy. She’s doing surprisingly well given how quickly she found out about Finn’s death. Taylor notes she seems to take the most comfort from Liam. Brooke thinks other people will need to step in as well and reminds Taylor that he is Hope’s husband… not Steffy’s.

In her hotel room, Sheila paces as she flashes to the scene in the alley. “My beautiful son, I am so sorry for what I did to you.” She grimaces. “It was a horrible accident, Finn. And now you’re gone. I’ve got to find a way to survive… and that means that Steffy can never remember what happened that night.” Sheila’s startled when Deacon knocks and hollers at her to open up. She does and he observes, “I know that look. Who do you have in your sights this time?” 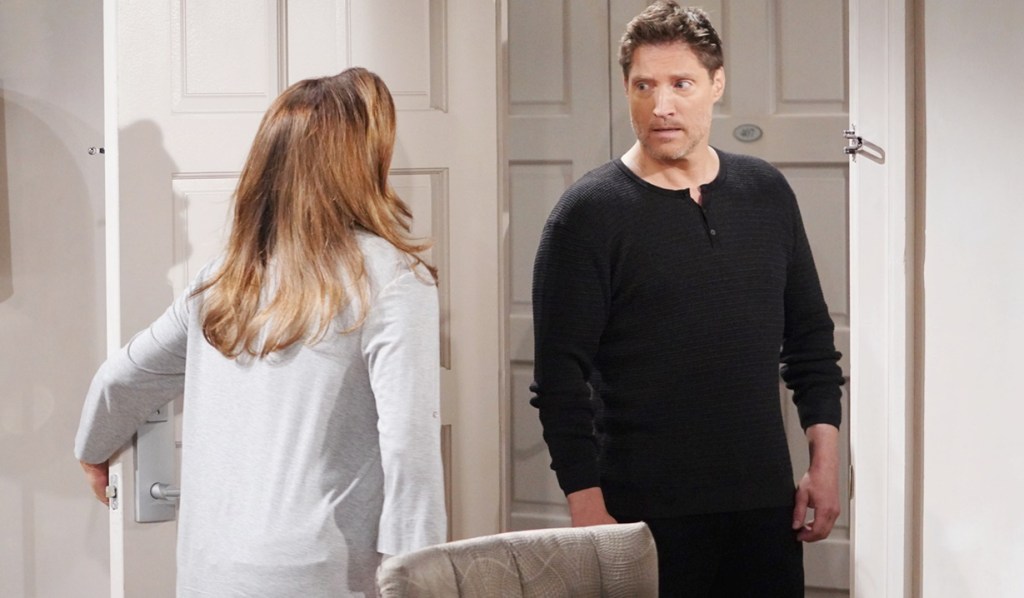 Sheila asks what he means by that, and Deacon just finds her more intense than usual. Sheila reports that Steffy is conscious and he thinks that’s great — she must be grateful that she’s getting better.

In the hospital waiting area, Ridge interrupts Brooke and Taylor to remind them that the most important thing is Steffy and her recovery. Bill runs up to them — he just got back to town. They update him that Steffy is conscious and Liam’s in with her.

Outside Steffy’s room, Hope listens as Liam agrees to bring Hayes to see her. “I’ll make it happen,” he says and kisses her head.

In the waiting area, Bill learns Steffy still hasn’t remembered who shot them. Taylor doesn’ want to push her but Ridge is anxious to get the culprit off the street. Hope joins them, followed by Liam, who hugs his dad. Bill assures he has his private investigators on this. Liam wants to go get Hayes, but Taylor offers — Steffy needs him here. Brooke makes a face. Taylor, Bill and Ridge walk off and Liam asks Hope how she’s doing.

In Steffy’s room, Ridge walks in as Bridget examines the patient, who complains of nearly constant pain. Bridget offers pain relief, but Steffy declines. Bridget hustles off and Ridge asks his daughter if she’s had anymore memory flashes. “Any idea who did this to you?” 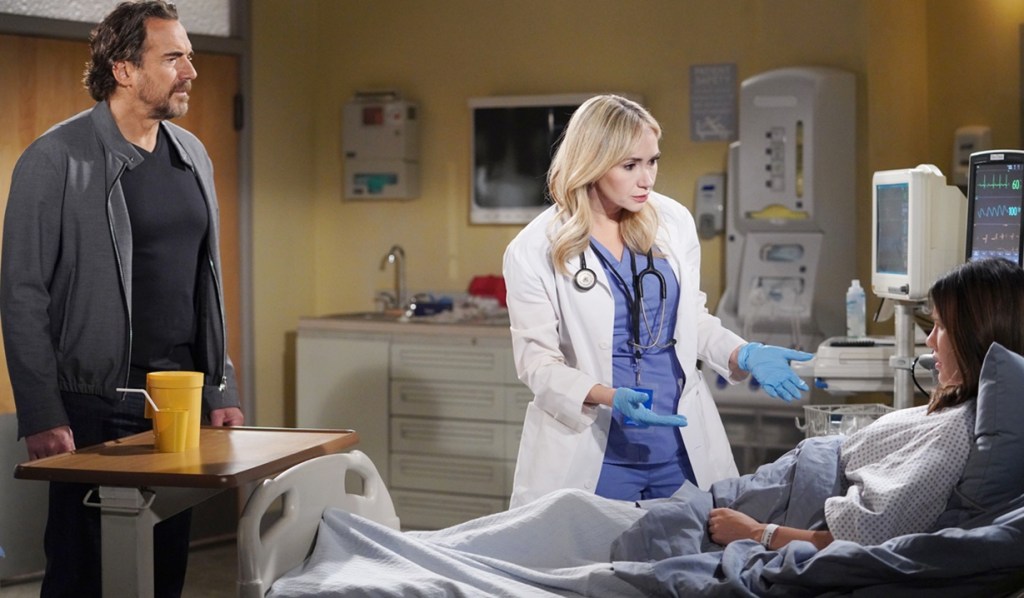 In the hotel, Deacon knows how much pain Sheila is in and he’s sorry. Sheila just never realized that you could experience so much pain in a lifetime. She questions what Finn was doing in the alley; it makes no sense at all. Deacon is there for her if she wants to talk, scream, or even hit him. Sheila giggles, “Don’t tempt me.” Deacon is serious — this kind of pain will eat her up inside. “Use me. Tell me everything.”

In the hallway, Bill joins Hope and Liam, who marvels at the randomness of the shooting. Hope dips her head as Bill tells Liam he knows how much Steffy means to him. They just need Steffy to get her memory back so they can find the bastard who shot her and Finn.

More: Brooke’s next hook-up could be a shocker

In the hotel, Deacon assures Sheila she can trust him. She can open up to him about her feelings. “Tell me all about it.” Sheila recalls when she came face-to-face for the first time with her son. She looked into Finn’s eyes and felt anything was possible… even her redemption. Sheila grits back tears as she recaps that she lost her son and is afraid she’s about to lose everything else. Deacon assures her she’s his friend and she’s a survivor. Sheila promises Deacon he can’t even begin to understand how this thing has changed her. Deacon’s sure Finn wouldn’t want her to give up on life. He vows they will catch the shooter and make him pay for what he did to her son. Sheila sinks back on the bed with a hard look on her face. 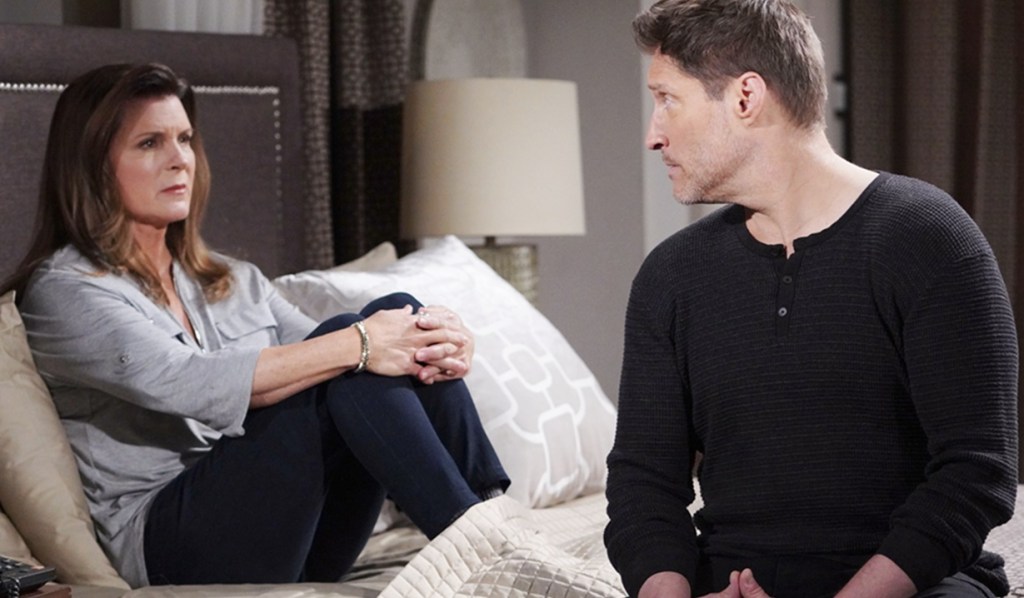 In her hospital room, Steffy tells her father she wants this monster caught more than anyone. Ridge urges her to put herself back in the alley. “What do you see?” She gets a flash and, frustrated, moans, “Oh, why can’t I remember?!” Just then, Taylor comes in with Hayes. Steffy takes the baby and tells him she missed him so much. She sobs, “Your daddy would have…” She apologizes. “I love you so much and you’re never going to be alone. I will always be right here to protect you.” Ridge embraces Taylor. 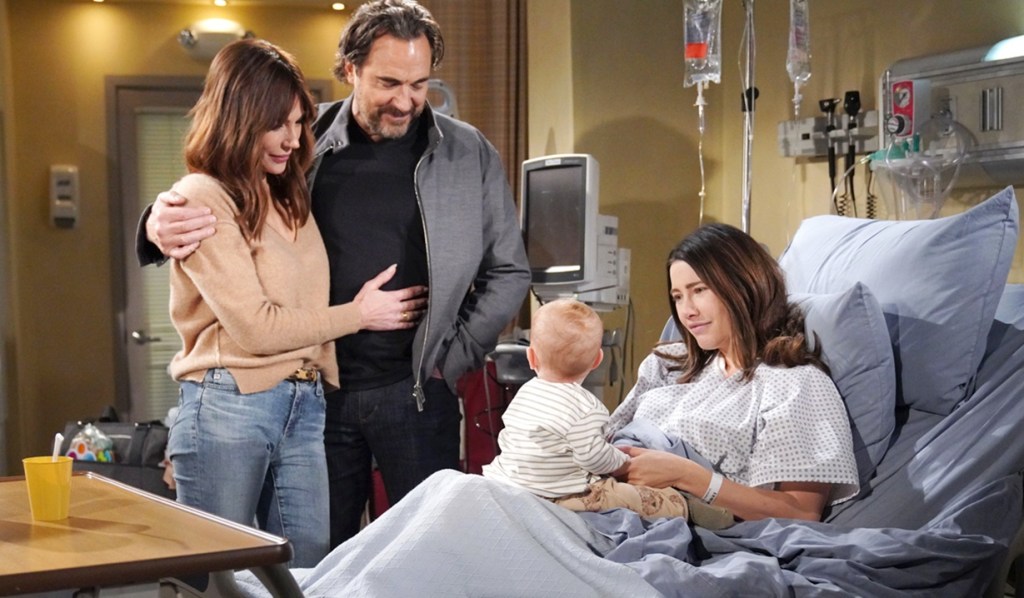 Steffy tells Hayes they’ll get through this and that he looks so much like his daddy. Bridget rejoins them with great news — Steffy’s improved so much she can release her! Taylor and Ridge hug in celebration. Bridget goes to fast-track the paperwork as Steffy croons to Hayes, “Mommy’s coming home.” After Taylor takes the baby, a worried expression crosses Steffy’s face.

Next on The Bold and the Beautiful: Steffy is joyously reunited with her children after being released from the hospital, Hope has complex feelings about Liam’s role in Steffy’s recovery.

Don’t miss our look back at General Hospital stars then and now, some of whom you might recognize from other soaps, in the photo gallery below. 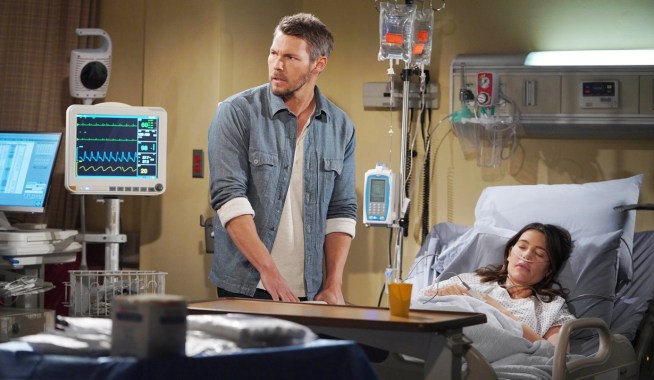 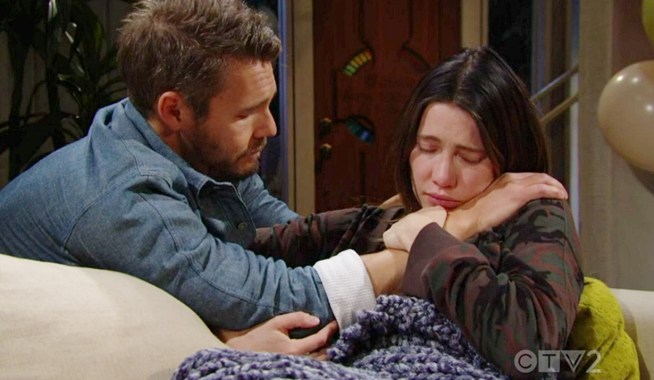