Sheila’s Request to See Finn One Last Time Is Bluntly Refused by Li: ‘I Am His Mother’

Thursday, April 7, 2022: Today on The Bold and the Beautiful, Liam, Hope and Brooke learn Finn is dead, Liam rushes to the hospital, and Sheila infuriates Li. 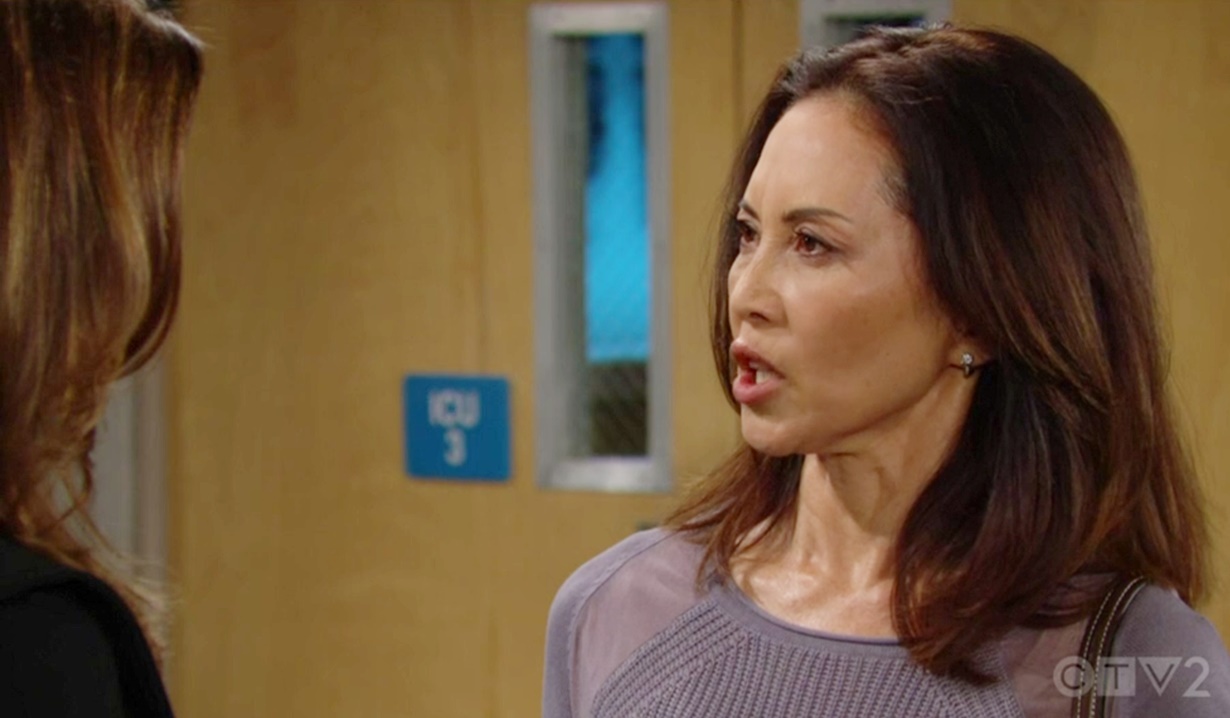 In the hospital corridor, Sheila chokes out to Taylor, “I want my boy back.” Taylor soothes, “I know you do.” Sheila says this never should have happened. “I’m sorry. I’m so sorry.”

In the cabin, Brooke, Hope and Liam reel from Deacon’s news. Hope demands, “Dad, are they okay?!” Deacon says Finn is dead. “He didn’t make it.” Steffy’s alive but she’s in bad shape. Liam gawps, “Oh my God. Oh my God!” He has to go to the hospital and walks out the door. Brooke can only imagine what Taylor and Ridge are going through. “My heart is breaking for them.” 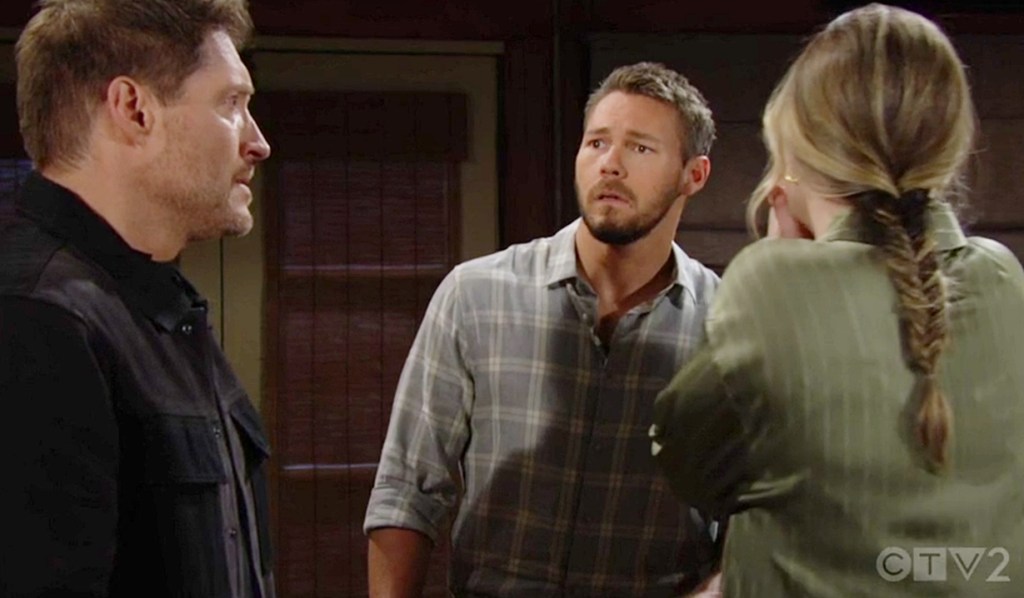 At the hospital, Finn’s mother, Li, arrives and shoots a dirty look at Sheila. Ridge and Thomas both embrace her and tell her they’re sorry. Sheila calls over, “Li. I want to see my son.” Li retorts, “He’s not your son, Sheila. Finn is mine. He’s my son.” 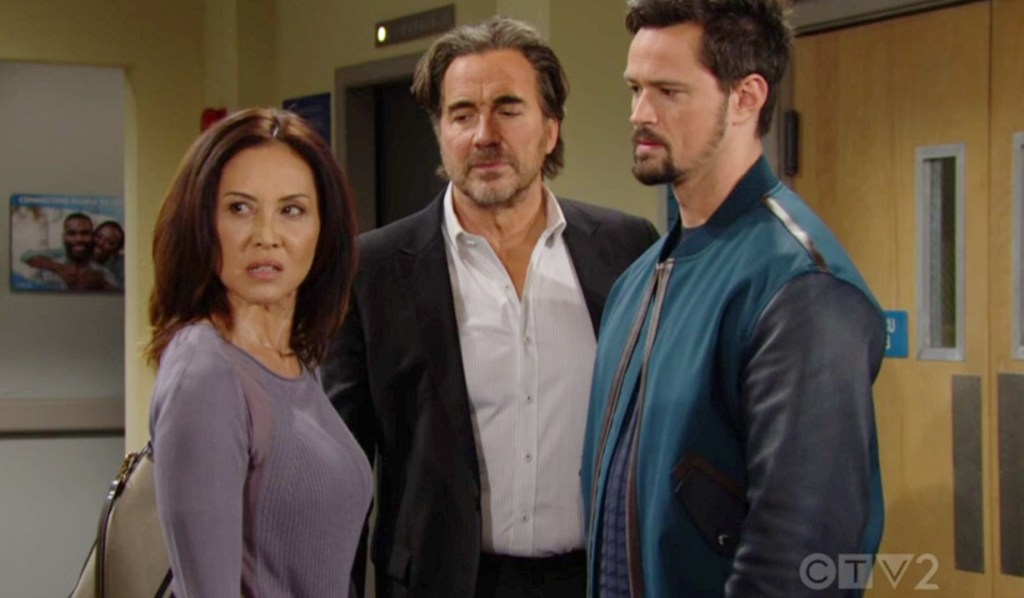 In Steffy’s hospital room, Taylor tells her daughter they’re all there with her. “You have to wake up, Steffy. Hayes and Kelly need you. I need you. We all need you,” she says tearily.

At the cabin, Hope worries about the kids. Brooke assures that Steffy will come out of this. Deacon hopes so. He marvels that Finn’s life is over. Hope thinks of Sheila. Deacon relays that she already knows about Finn. He told her.

More: Will Hope step in with Steffy’s kids?

At the hospital, Sheila says she understands Li’s heartache. “None of this should have happened. None of it.” Li turns away from her to talk with Ridge and Thomas about the kids. They promise to do everything they can to ensure Finn’s memory stays alive. When the men walk away. Sheila tries again. “I want to see my son. Just one more time.” Li fumes, “No. I’m looking after Finn now.”

In Steffy’s room, Taylor cries to her daughter that she needs her. She lost her sister and can’t going to lose her too. She implores her to wake up. “Please…” Taylor then looks heavenward and repeats, “Please.” 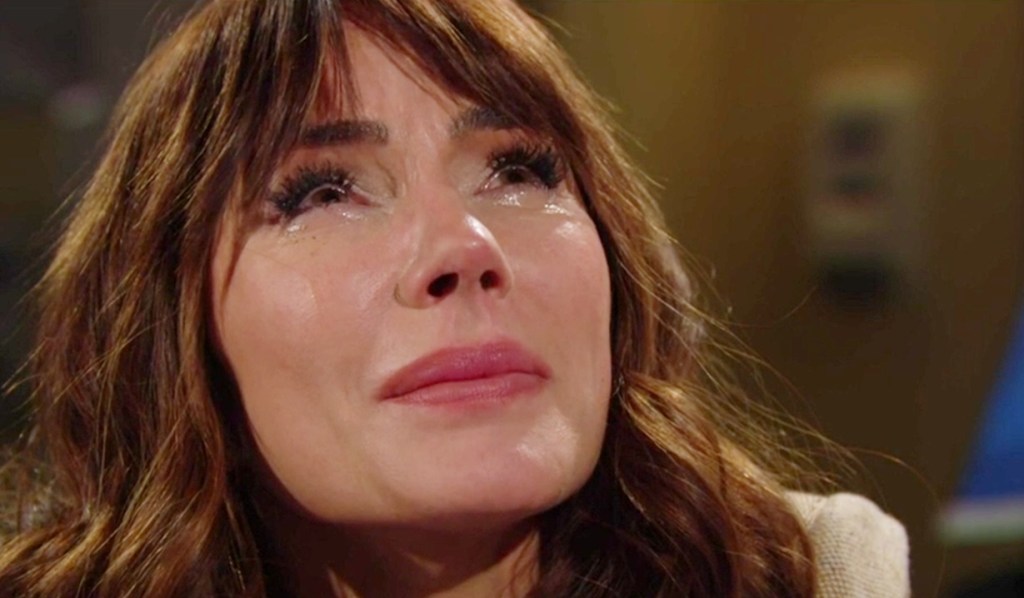 In the cabin, Hope and Brooke go over how unfair it is that Finn lost his life. Deacon muses that life isn’t fair. And although Sheila isn’t anyone’s favorite, she lost her son tonight. 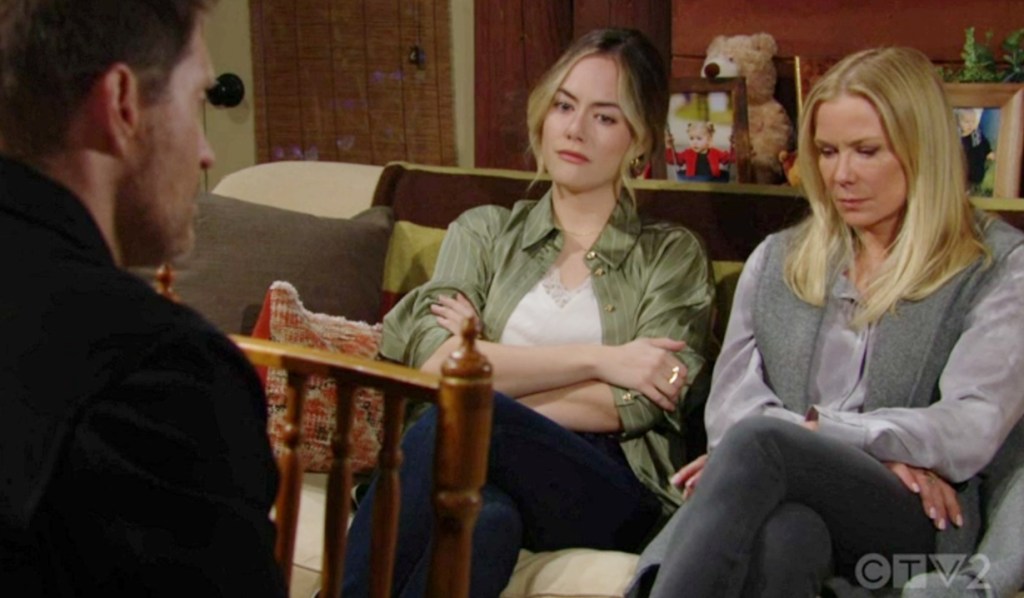 At the hospital, Sheila tells Li what happened was a terrible accident. Li sneers, “An accident?!? How can you say that?” Sheila stammers that she mean Finn didn’t deserve this. Li retorts, “My son was murdered in cold blood. Shot and left to die in an alley while his wife lay bleeding next to him. Whoever did this is an vicious, evil monster and I will make sure they pay for what they’ve done.” Sheila states, “Of course.” She wonders how such a person could even live with themselves after taking their boy — they both lost a son tonight. Li argues that Finn never accepted Sheila. She adopted him and raised him. “I am his mother.” 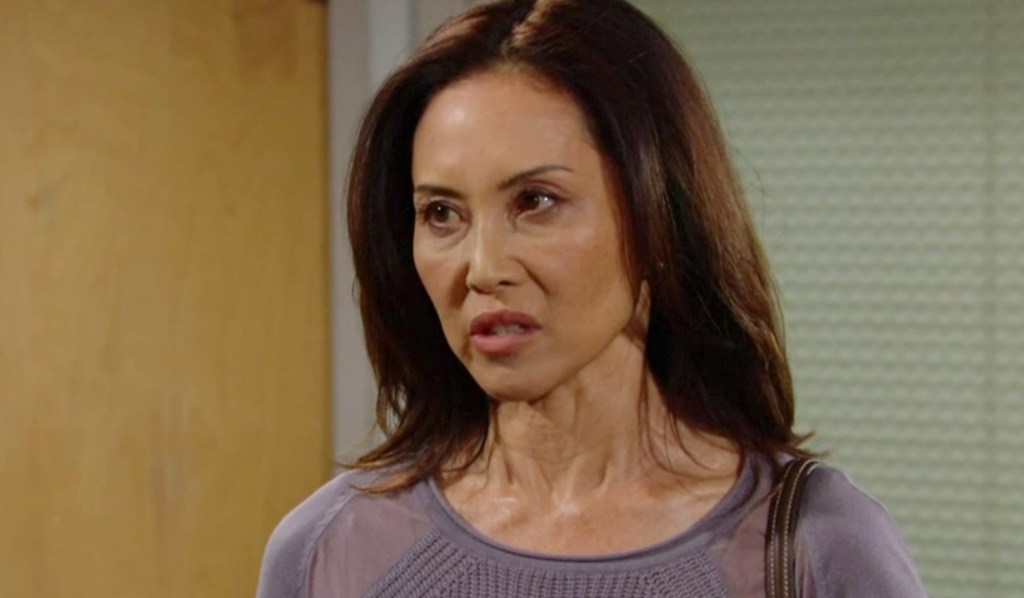 In Steffy’s room, Taylor recalls laying next to her until she’d fall asleep when she’d get scared as a child. She whispers Twinkle, Twinkle Little Star as Ridge silently enters and listens. Ridge joins Taylor and they embrace as they look at Steffy. Ridge tells his daughter to rest and then come back to them. He wonders, “What happened?”

More: Would Sheila do *this* to Deacon?

In the hospital corridor, Sheila continues to insist to Li that they’re both mothers. Li snaps that she’s heard enough and snarls, “Stay away from me.” Taylor comes out of Steffy’s room and embraces Li. She lost a child once too and knows the pain is indescribable. Li expresses her hope that Steffy will make it. Sheila asks Taylor if Steffy’s improving. Taylor says she’s hanging in there. Sheila points out when she wakes up she’ll be able to help identify the person who did this. As a mother, Taylor’s just focused on her well-being. Sheila gets that, which is why she knows Taylor understands her wanting to see her son. Li says no again.

At the cabin, Hope hasn’t heard from Liam yet and supposes he’s just getting to the hospital. Steffy is the mother of his child — he must be worried sick.

More: Will Steffy be the next to die?

Liam arrives at the hospital and runs up to Thomas to ask about Steffy. Thomas informs him she’s critical.

In Steffy’s room, Ridge talks away to his daughter about her childhood and a boy who disappointed her. He wanted to hang the boy by his ankles from the balcony. “When you get hurt, I get hurt.” Ridge frets about not being able to protect her and not being able to protect her kids. “And Finn… It has to be you that keeps these kids safe. You gotta come back. You have to. The world wouldn’t be that cruel.”

Next on The Bold and the Beautiful: Ridge makes a heartbreaking request of Steffy. 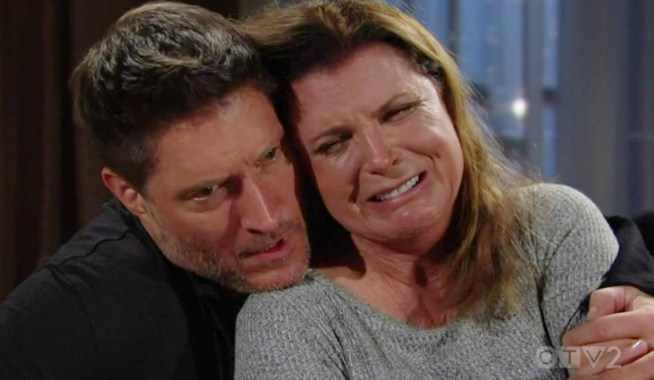 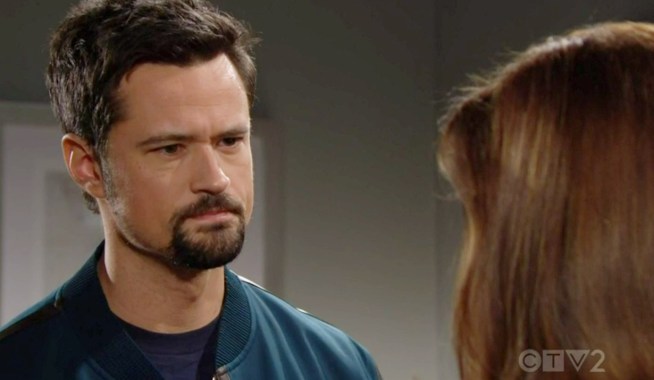