After Flashing Back to Stephanie’s Verbal Smackdowns, Brooke Implores Ridge to Come Home

Tuesday, March 22, 2022: Today on The Bold and the Beautiful, Eric gives Ridge his two cents on Brooke and Taylor, Sheila challenges Thomas, and Steffy tells Finn what she saw. 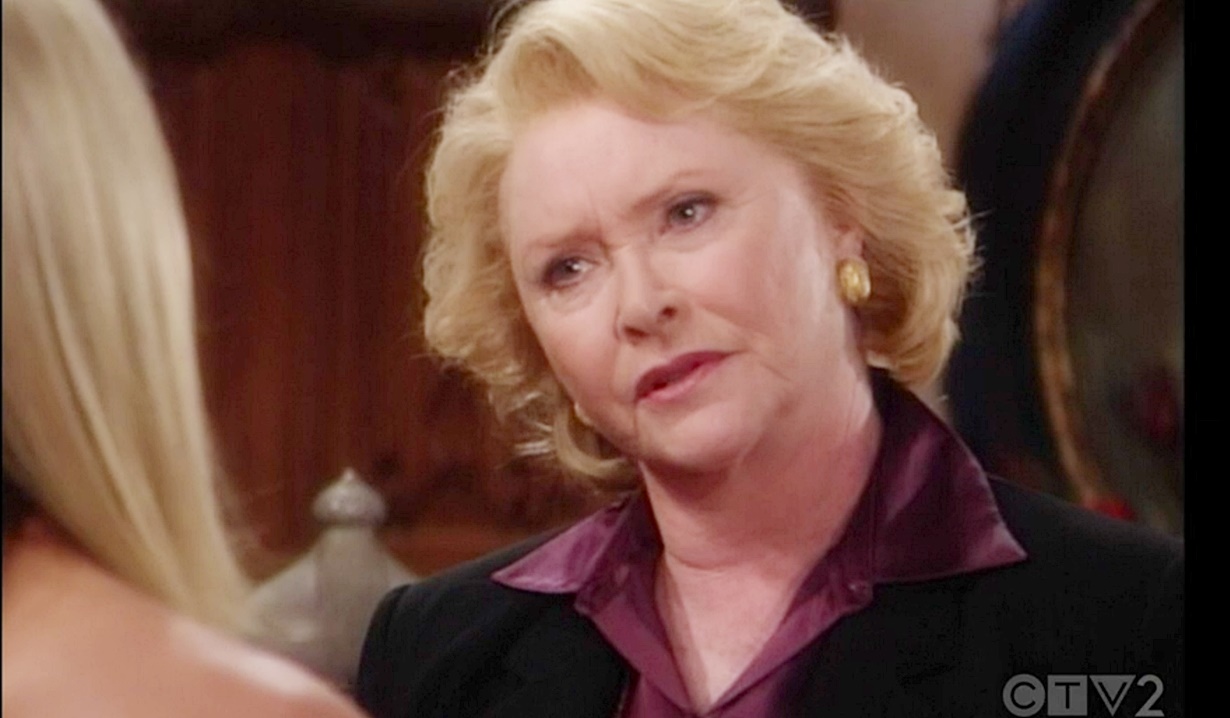 In the alley behind Il Giardino, Sheila insists to Thomas that what she’s asking is best for everyone. He intones, “Not everyone.” Sheila urges him to concentrate on his parents and not to say one word. Behind a stack of crates, Steffy watches Sheila issue the warning. She vows to find out what’s going on as she takes off. Thomas and Sheila keep arguing about her orchestrating Brooke’s downfall and the betrayal that ended her marriage. Sheila feels they can both win in the end. Thomas exclaims that this isn’t a game. Sheila reminds him his family could be whole again because of her — he should be singing her praises not contemplating ratting her out. 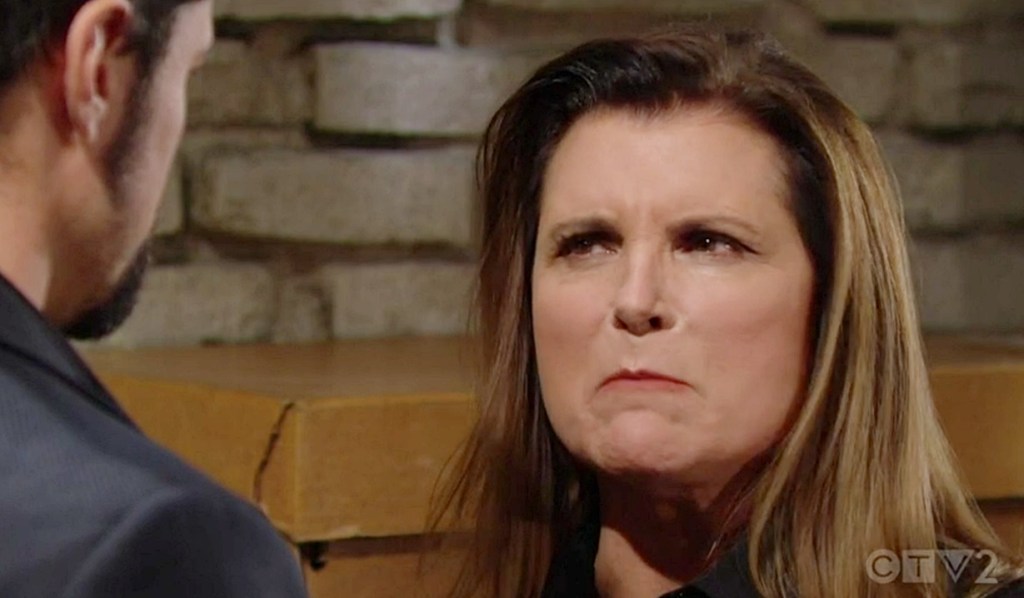 At Forrester Creations, Ridge does a fitting on a model and Eric walks in to add his two cents. The model leaves, flirting with the silver fox as she goes. Ridge asks how his father and Quinn are doing. Eric says they’re fine and wonders how Ridge is doing now that he and Brooke are no longer living together. Ridge doesn’t know. He relays he’s still staying at Steffy’s guest house and Taylor’s name comes up. Ridge says she’s like an oasis for him. Eric thinks the world of her and his mother always did too. Ridge know she was his mother’s choice for him. Eric counters that they all know that Brooke is the woman for him — he hates what this is doing to them both.

Eric pledges his support to Ridge, no matter what he decides. Ridge questions if he can be objective given how he feels about Brooke. Eric loves Taylor too. He knows how much it means for him to be spending time with his family, but he can do that and still go back to Brooke. Eric will always believe that the blonde is Ridge’s destiny. 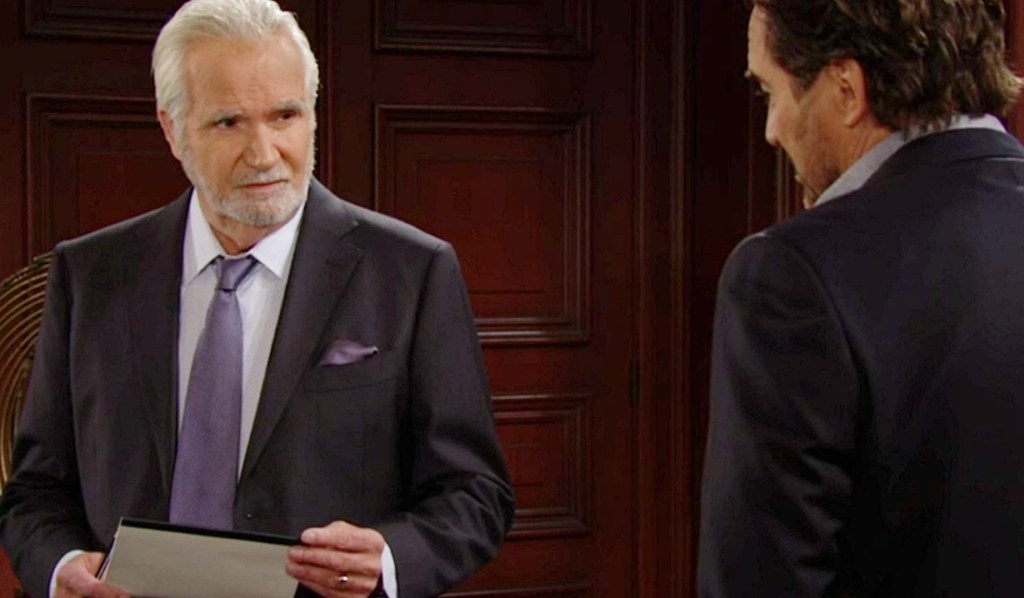 In her living room, Brooke agonizes over her decision to let Ridge go. “What is wrong with me?!” Hope insists there’s nothing wrong with her and that Ridge still loves her. Brooke argues that she repeatedly hurts him. If she could just figure out what the trigger was that night, then maybe she and Ridge would have a chance. Brooke recaps that she tore through the Forrester family; she can understand why Stephanie had so much contempt for her. She flashes back to her late mother-in-law and muses that she’d be really disappointed in her letting down Ridge yet again. “And I don’t even know why!” she cries. 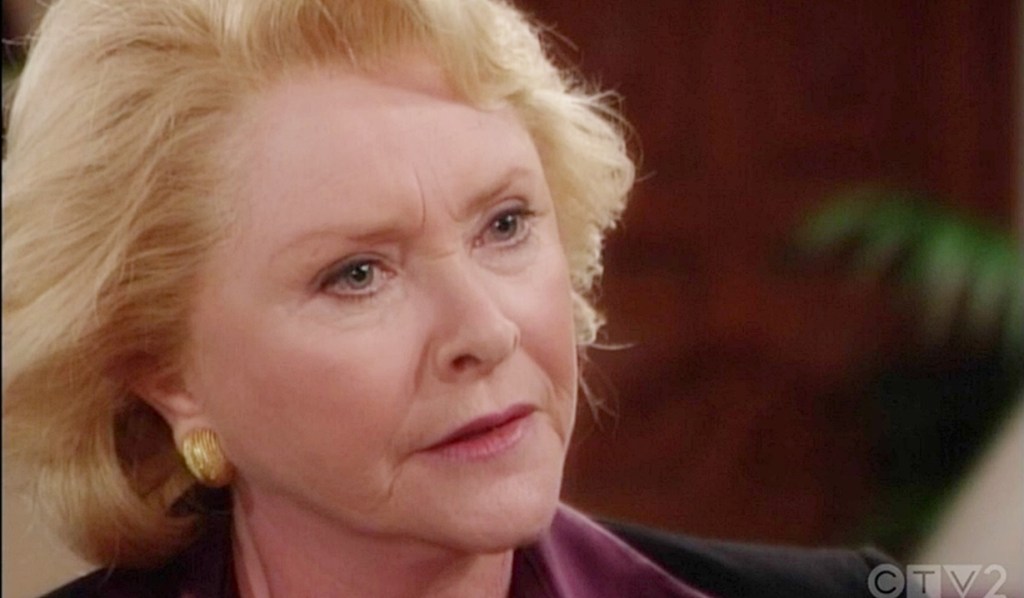 Hope tries to get her mother to go for a walk, but Brooke continues remembering how Stephanie used to lay into her. She loves Ridge, but wonders if Stephanie was right all along. After another flashback, Brooke tells Hope that Stephanie knew her better than anyone. Brooke decides she has a serious flaw in her character and the Forrester matriarch saw that. She doesn’t want a divorce from Ridge — she doesn’t want to spend one more day without him! Just then, Ridge walks in. Hope encourages her mother to tell her husband what’s in her heart. After Hope leaves, Brooke tells Ridge she can’t eat or sleep and made a mistake sending him over to Taylor’s. “It’s not what I want.” She thinks maybe they can work through this. “I need you to come home. Come back to me, Ridge. Please. Come home.”

Steffy arrives home where Finn was planning to cook her dinner and plants a kiss on her. He senses something may be wrong. She’s not sure, but confides that it has to do with her brother… and Finn’s mother. Steffy talks about how Thomas doesn’t seem as happy lately and now he’s meeting with Sheila. “What is going on?” she wonders. Finn asks if Thomas knows she saw him with Sheila. Steffy says, “No,” and explains how she overheard him on the phone and followed him to Il Giardino. Finn agrees it’s weird when she tells him they met in the alley behind the restaurant. Steffy can’t understand what her brother would have to discuss with Sheila. 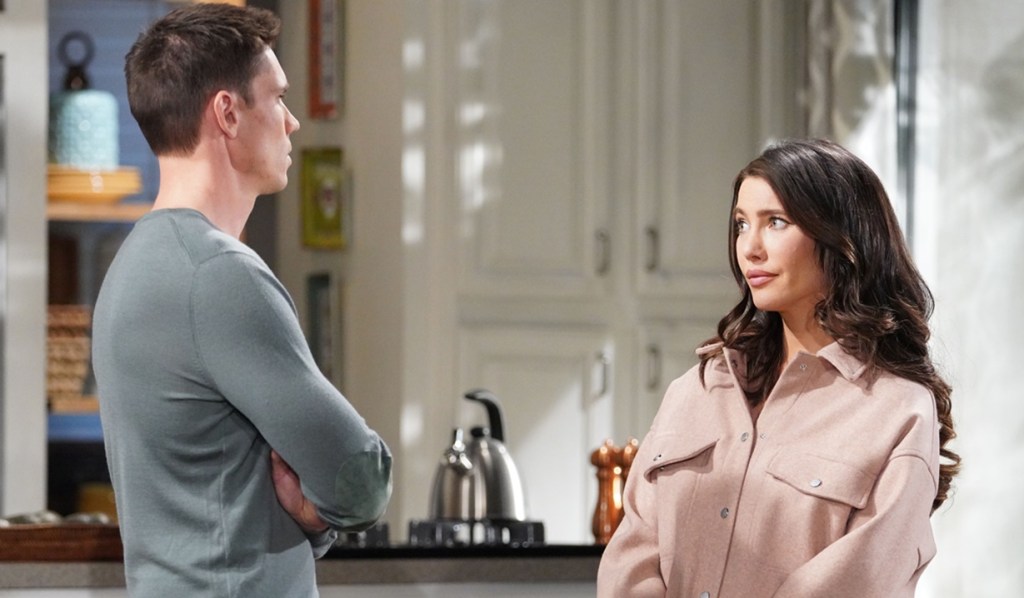 More: Will Steffy and Finn break up?

Still in the alley, Sheila challenges Thomas to ask himself how much more disrespect Ridge and his family should take from Brooke. “Help me,” she implores. “Help me free Ridge from Brooke once and for all.” declares that Thomas can rid Brooke from his father’s life, from all of their lives, if he just keeps their secret. She promises if he reveals it, he’ll hate himself forever.

In the design office at Forrester, Thomas contemplates Sheila asking him to keep their secret forever.

Next on The Bold and the Beautiful: Thomas is torn, and Finn sets a romantic scene for Steffy.

Loving the flashbacks? Look back on photos of Stephanie’s nastiest schemes, many of which involved Brooke, in the gallery below.

<p>Stephanie terrorized Brooke at Big Bear after she learned she had become involved with her son Thorne. Stephanie choked her and threatened to stab her.</p>

<p>After Stephanie suffered a stroke over the news that Thorne was seeing Brooke, Thorne was forced to deceive his mother. He allowed her to believe he was back with Macy so he could keep seeing Brooke on the sly.</p> 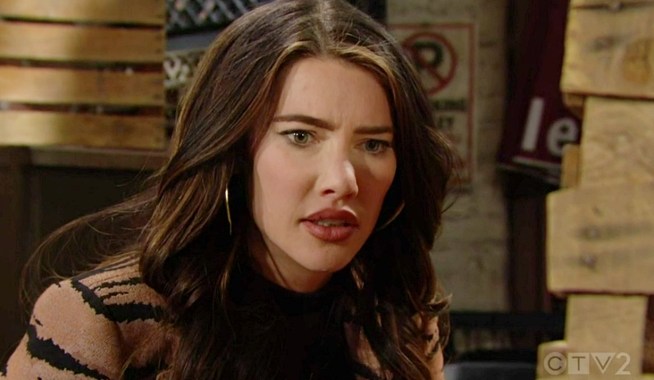 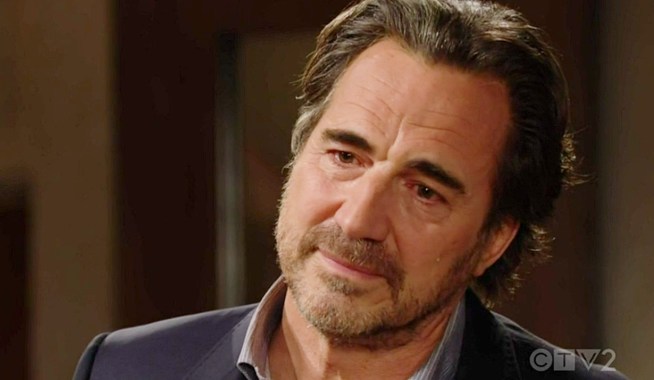